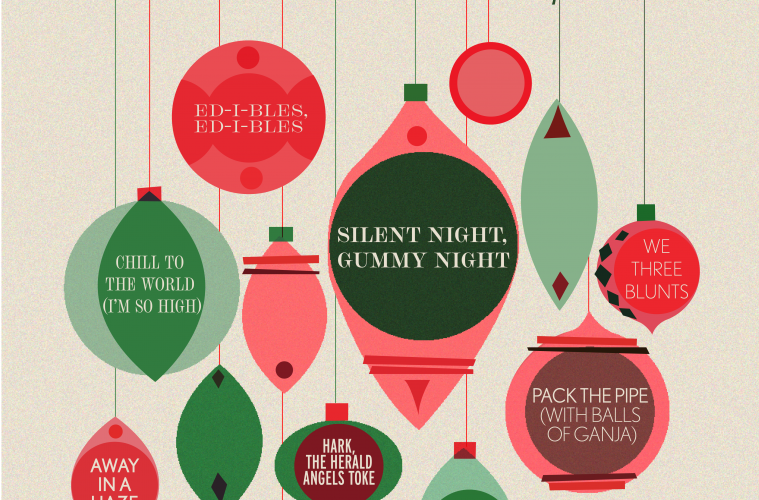 An unconventional – and hilarious! – new campaign hits the streets of Toronto.

This holiday season, the Candy Cane Carolers, who are resident carolers known from The Toronto Christmas Market and multiple Netflix holiday films, have collaborated with Hemisphere Cannabis Co. to release Holiday High, a vintage remake of three-holiday classics, with accompanying video content. In an economy where just about everyone has had to learn how to pivot in some way or another, this iconic Toronto-based group has pivoted in the most unexpected and hilarious way to help give those a good laugh.

Hemisphere, the new cannabis brand launched by Aegis Brands (formerly Second Cup) opened the third location of its retail cannabis stores, at the corner of King and Bathurst in November, with a newly opened Byward Market location in Ottawa on December 11. The brand also has plans to open its first store in Alberta soon.

As this Christmas season is incredibly different than years past, with the annual Christmas Market being cancelled, in addition to almost all major events, it has been a highly unusual year for the carolers, who are used to being swamped with seasonal gigs.

The Candy Cane Carolers welcomed the chance to revamp holiday favourites and share in a few laughs (remotely) to create three hilarious, unconventional new twists on old classics for release from The Hemisphere Buds, “Silent Night, Gummy Night”, “Edibles, Edibles”, and “Pack the Pipe (with balls of Ganja)”, which are currently available across all streaming platforms, now.

All in all, inspired to induce feelings of holiday nostalgia from simpler times, a retro corresponding album promo video can be seen here and the music video for “Silent Night, Gummy Night” can be viewed here.

“Ultimately, we wanted to create something kitschy and fun during such an unusual holiday season,” said Mangala D’Sa, VP of Marketing, Aegis Brands. “We hope Canadians interact with the content and check out our gift guides on the site for any last-minute shopping needs, which are uniquely curated by geographic location and corresponding vibe.”

This holiday season, check out Hemisphere’s curated gift packs for their Holi-daze Guide which is based on their unique geographic breakdown and in-store layout. For those who can’t physically wander too far this year, and vibes to match each direction from North to South, and East to West, there is something to make every day merry and bright.