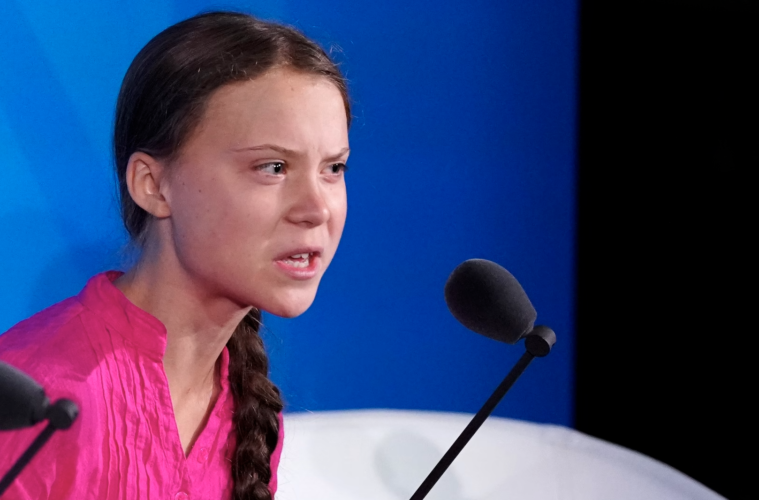 Great Thunberg’s tweet clapping back at Andrew Tate has gone viral, with over 2.6 million likes to date- and counting! Tate is a media personality who has been a controversial figure both online and in the press recently.

Please provide your email address so I can send a complete list of my car collection and their respective enormous emissions.

Tate accompanied the tweet with a photo of himself posing next to a Bugatti. 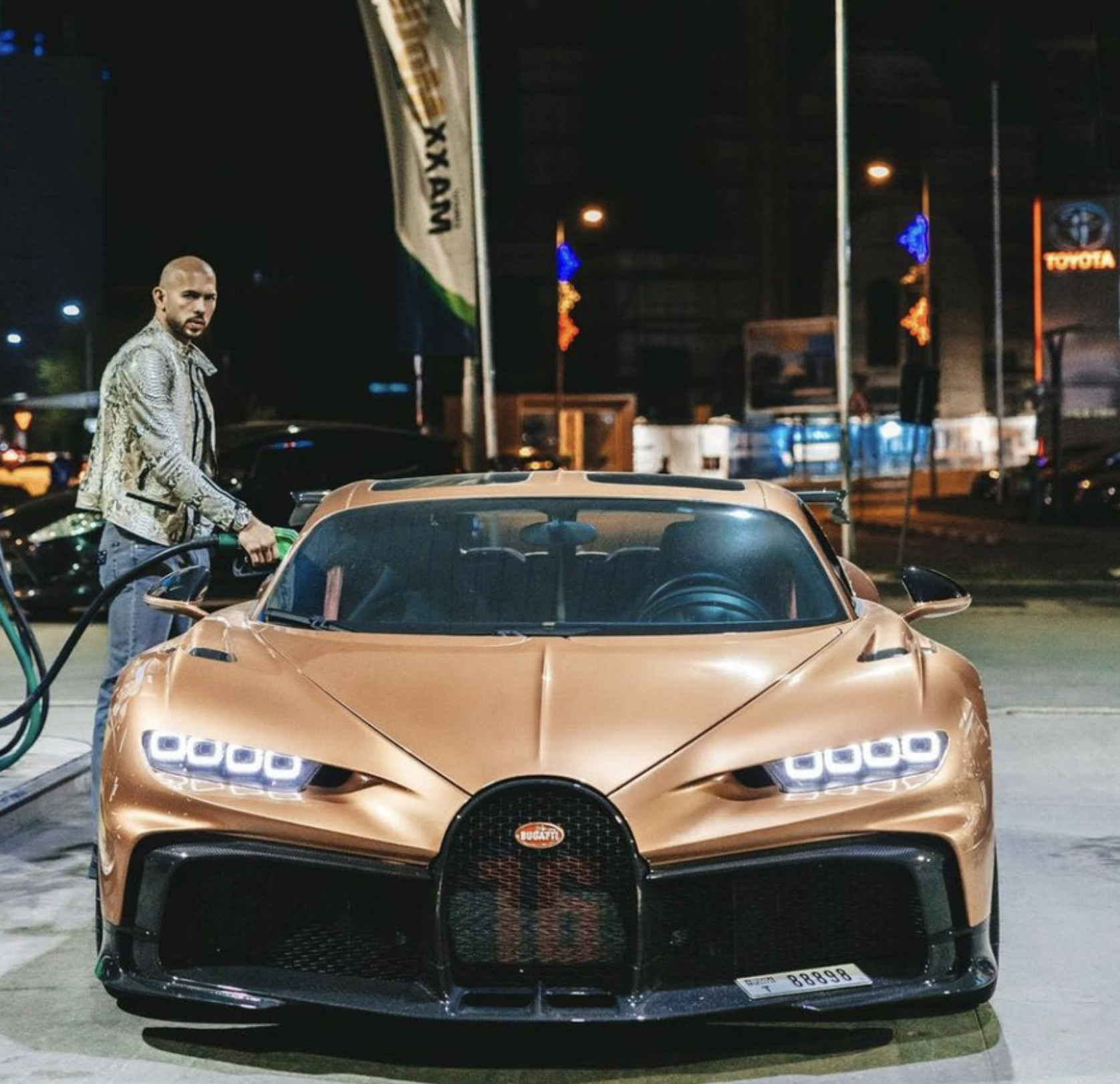 yes, please do enlighten me. email me at smalldickenergy@getalife.com 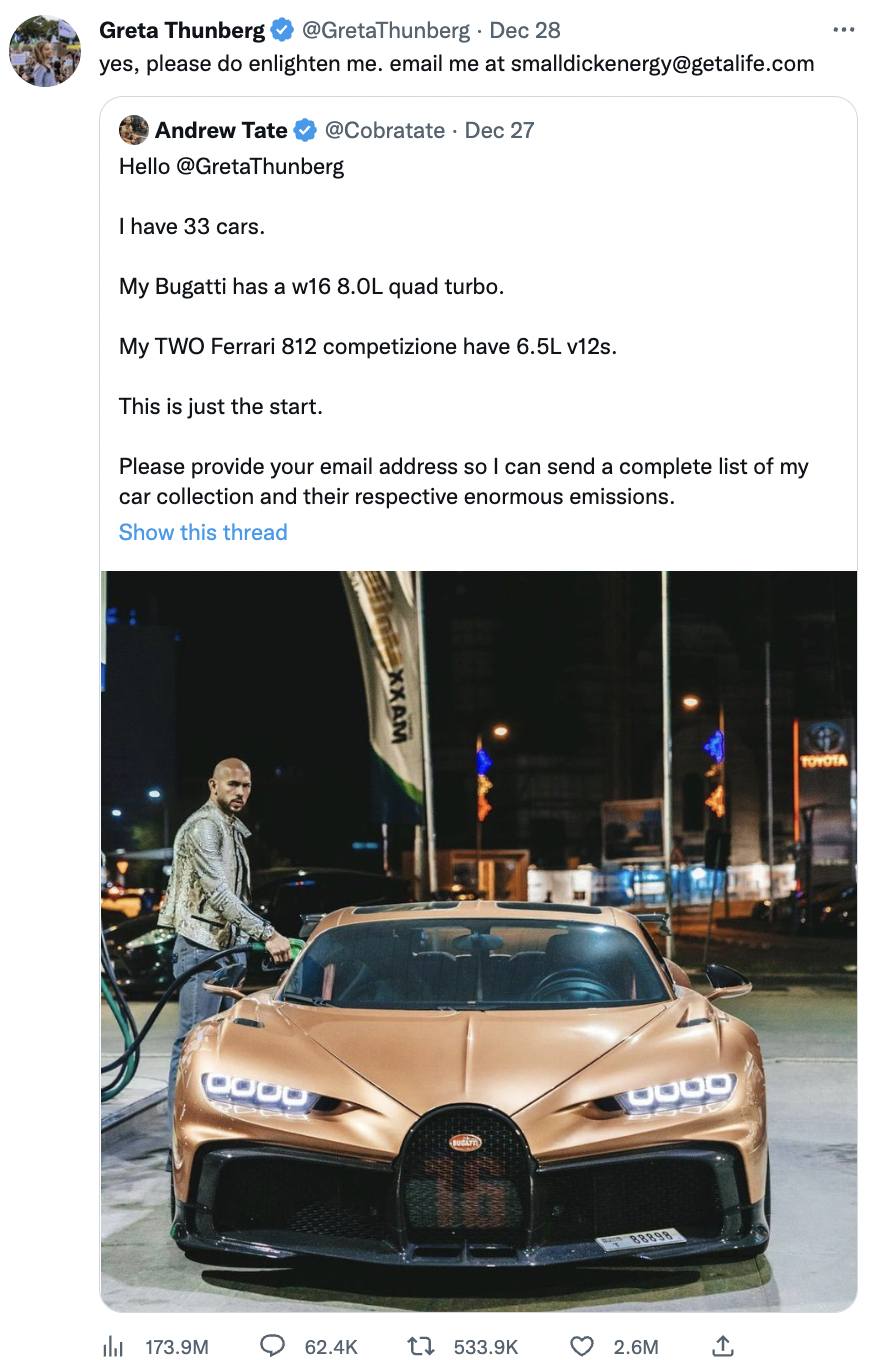 The tweet has since gone viral on the platform. 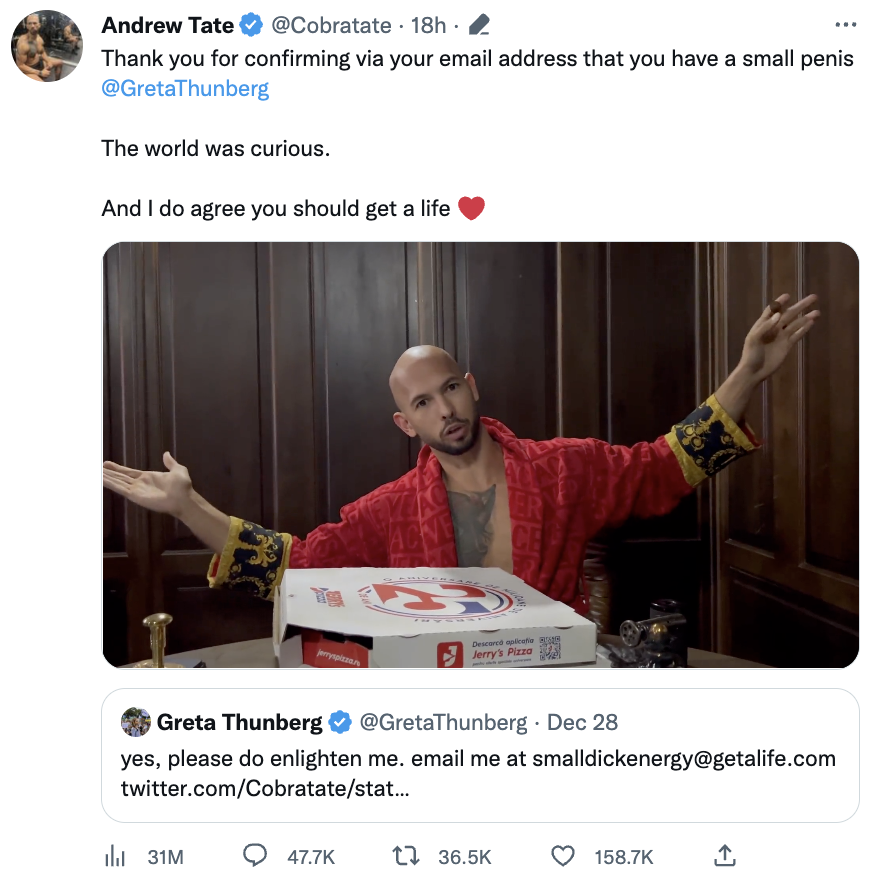 Will these two continue to battle it out on Twitter? Stay tuned for any additional updates.