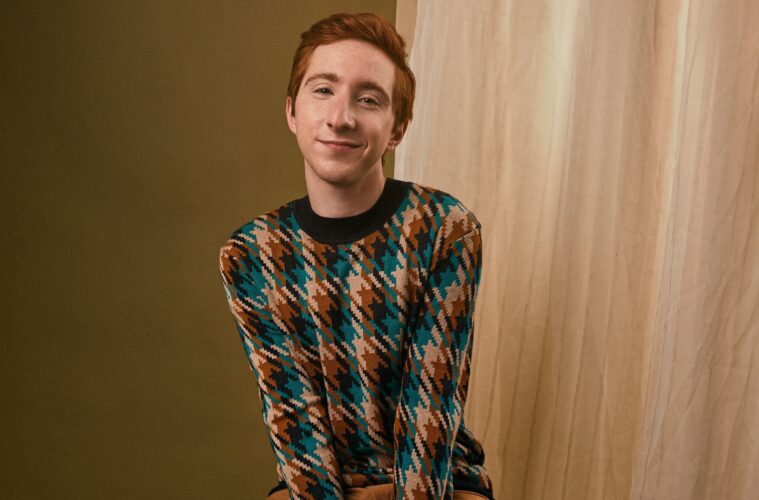 Larry Saperstein is a 23-year-old actor starring in the television spin-off to the most beloved trilogy of the 2000s, High School Musical. The gen-z favorite musical films have returned in the form of a Disney+ original mockumentary that follows a fictional group of junior students at East High. We chatted with Larry about the series’ second season released this May 14th, his thoughts about the original franchise, and his character, Big Red. 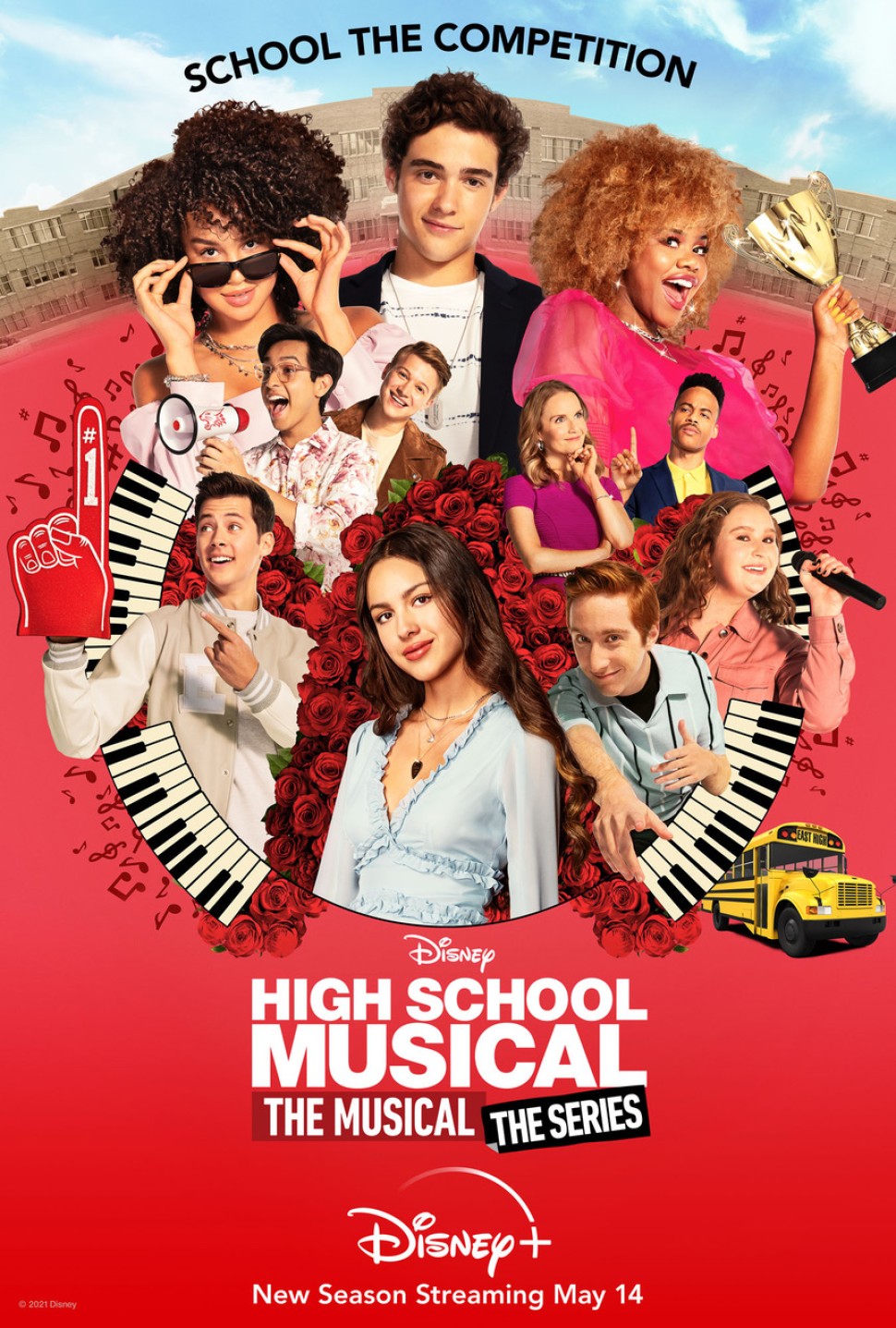 Larry Saperstein plays Big Red, best-friend to Ricky and stage manager of the school play. Throughout the season, Big Red becomes part of this new family of theater kids led by Miss Jen, bonded by their newfound passion for theater and who Are-All-In-This-Together, determined to enact the first film of the trilogy in the best way possible.

Watch our interview here or read the full transcript below.

You were a fan of the original films, correct?

Yeah, the original High School Musical movies. I grew up at that time when all those movies were coming out, so to then be in the family all these years later is such a cool thing that, you know, not many people get to say that they can do so. It’s such a wonderful, wonderful experience.

I have three quick questions about the films to get started. What was your favorite film from the trilogy?

Which one is your favorite character?

Ooh, my favorite character. You know, I always kind of related to Ryan. I love Ryan. And then, all these years later now, Ryan or Lucas Gabreel was in season one. It’s so cool to be able to say that we met him and worked with him. So yeah, it’s a really cool full circle.

And finally, which one is your favorite song?

I love You Are the Music In Me from the second one. I just think it’s got a great hook and the lyrics are my favorite of all the High School Musical songs. Yeah, I think it’s like the best written for sure.

How does it feel to now be a member of the Disney family and in a project that is so close to your heart and childhood?

One of the things that’s so amazing about this show is, not only is it High School Musical, but, you know, so many of us in the cast are theatre kids. It is a moment where we get to really portray who we are in real life. So, there’s the High School Musical part of it, but then there’s also the sort of drama club part of it. That’s really wonderful and it’s so true to who we are as actors and who we are as a cast and then you know, Disney is of course just so wonderful and it’s so amazing to kind of have their full blessing on the show and feel like they have really been supporting us and encouraging us throughout the whole experience. 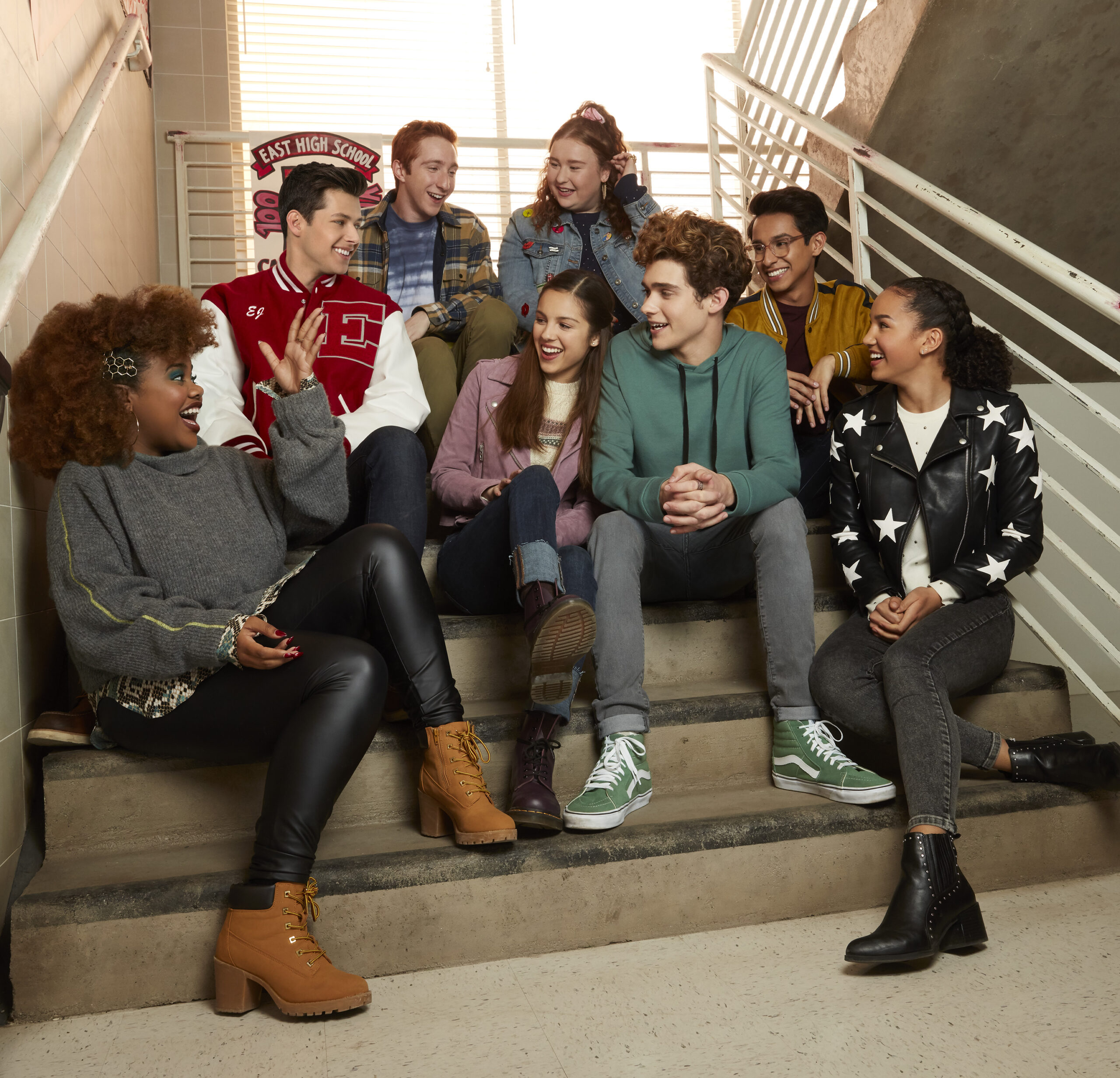 While acting, how did you engage in capturing the original’s essence while at the same time repurposing it to make it your own?

What does the second season bring to the table different from the first?

Season two is really all just more. I think there’s more music, there’s more dance numbers. We’re doing this amazing classic musical. And as much as the High School Musical music is amazing, I think that Beauty and the Beast is just a step up. I think that we are able to kind of explore things thematically through Beauty and the Beast that I don’t think we really were able to do in season one. Sort of the idea of growing and changing and we all are juniors in high school, we’re kind of figuring out the things that make them happy or the things that they’re passionate about. And we get to really explore those arts and I think every single character that we loved in season one gets really further developed and further explored in the season, which I think is really exciting.

Do you think your role in this series enhanced your songwriting?

Yeah, I mean, I am not really a songwriter. It’s never been one of the sort of things that I’ve worked on in life, but I’ve been around so many amazing songwriters, you know, Olivia Rodrigo and Joshua Bassett. And we’ve created some of the original songs in our cast and in our show that it’s kind of inspired me to start going down that track a little bit and try new things. Yeah, we’re happy with it. So it’s fun, it’s been a fun time.

Besides your character, Big Red, who would you say is your favorite, and why?

Ooh! Besides Big Red… I think I will always love Gina. I think that Sophia Wiley is brilliant. I love the way that she brings this sassiness to the character but it’s still so lovable and it’s so fun to watch her develop. And I think, you know, I’m really excited for the new characters in season two, I think the audience will love those new season two characters. They’re so like, outrageous and funny, and they fit into our world so nicely. And so I’m very excited for everybody to get to see more of this drama club world. 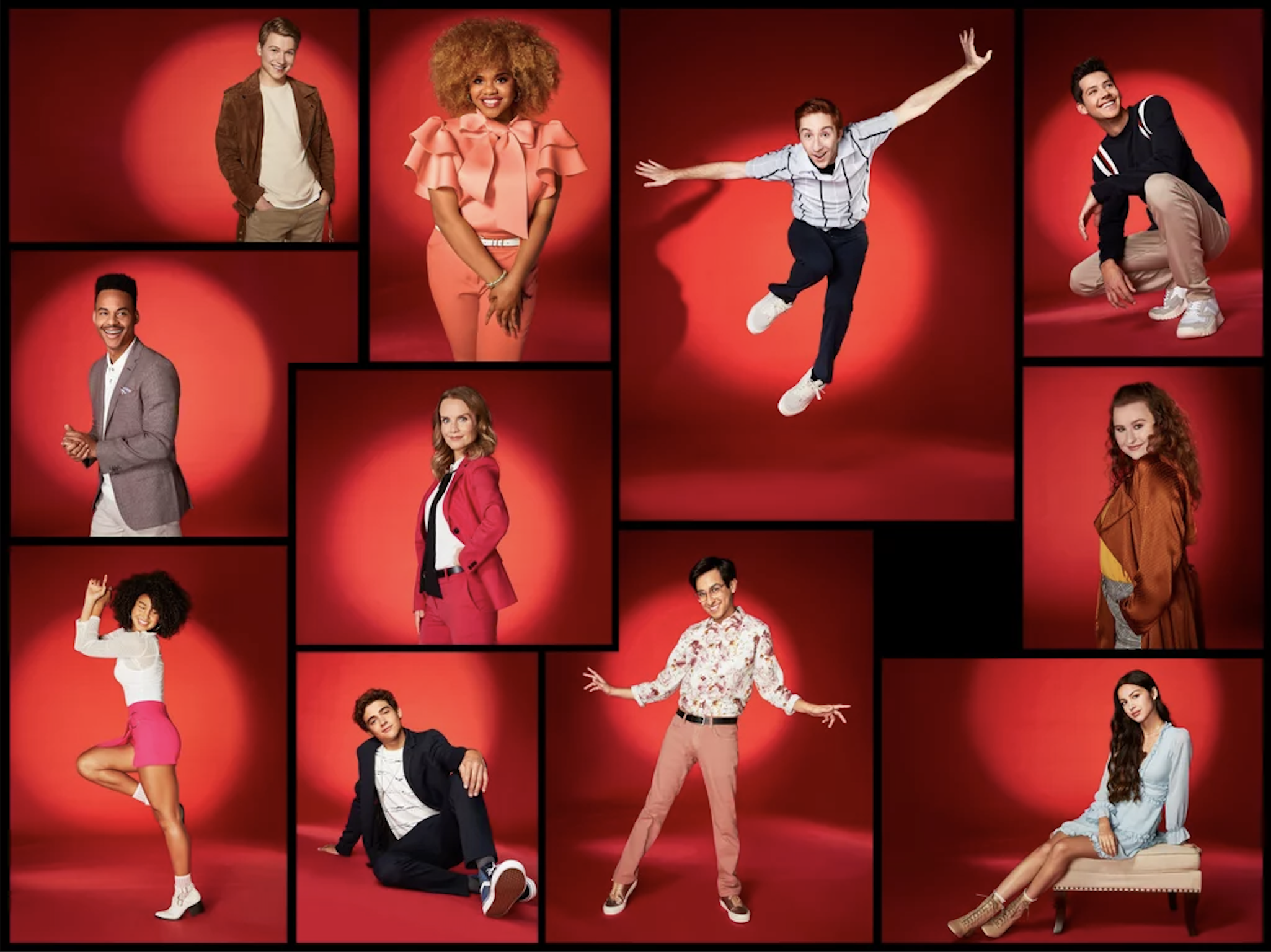 Do you see yourself in the series’ characters then?

You know, one of the amazing things about television is that, as we’ve developed our characters, I think the writers have also seen who we are as people. And we slowly but surely kind of merged with our characters over the past two years. So I feel like Big Red has become more of me over the past few years. And I also feel like I’ve learned so much from Big Red, and I’ve taken things from him as well. And so, you know, for example, tap dancing was really not a part of Big Red’s character before I was cast. So then to kind of be able to bring that into the character and have that be my skill that I get to put into the character was such a cool gift.

How would you convince fans of the originals to watch the series?

I think it’s super respectful of the original movie. So I think anybody that was a fan of the original High School Musical movies, or anybody that was a fan of Beauty and the Beast now that we’re in season two. I think that we pay so much respect to those original films and though we’re doing something completely new we’re not trying to be Troy or Gabriella or Chad, you know, we are our own characters and it’s our own thing. I think any of those people, if they were theatre kids especially, there’s such a soft spot for this show. And I think that we’ve seen that over the last year or so of the season being out, we’ve seen people have maybe not the best reaction to the announcement and then as soon as they start watching the show and seeing what it’s really all about and who these characters are, I think it was really cool to watch people fall in love with it over that time.

If Big Red could have his own standalone show, what would it be about?

Oh, well, we’ve talked about just like jokingly about what a Big Red spin-off would look like, just in the cast. We just think it’s so funny. I think it would probably revolve around the new pizza shop that we’re getting to see in season two that’s in the trailer. And so there’s just so much of the season, so much of the world that happens there. And so it’d be really cool to see what happens at the pizza place would be kind of fun.

What are your favorite musical film and musical from Broadway?

I have always loved Into the Woods and I think the movie production of Into the Woods that Disney did a handful of years ago, I guess almost 10 years ago now. I always loved that, I thought it was a wonderful, wonderful film adaptation. I also love Cats the Musical. Not necessarily the film that was made of Cats, but I love I do love Cats, like the original Broadway show. And I’m very excited for the In the Heights movie that’s coming out this summer. I think that’s gonna be amazing.

Can you tell us anything about this season’s production that you remember, any fun stories, your favorite moment? 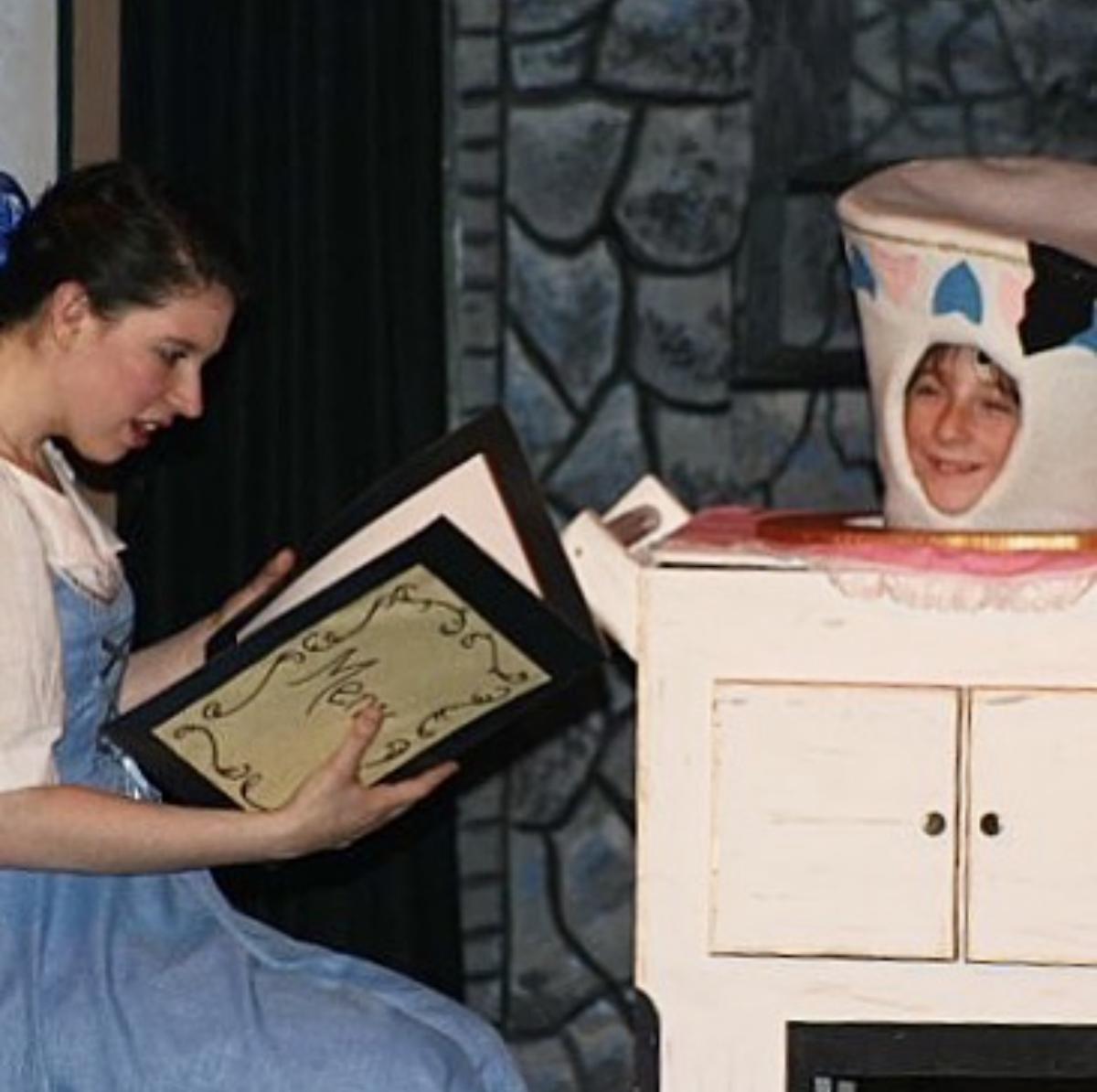