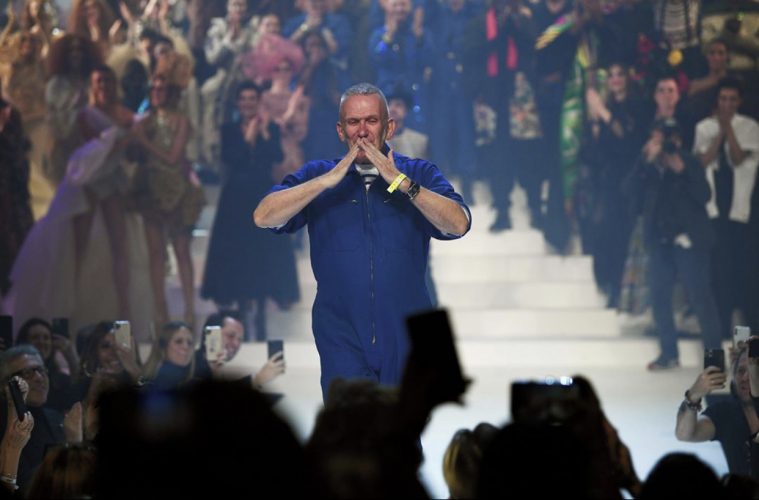 Jean Paul Gaultier, the designer famous for dressing Madonna in a cone bra and subverting gender norms by showing men’s skirts in 1984, sang his swan song Wednesday evening, bidding the industry adieu in a final, unforgettable show that had audience members cheering for almost two hours.

The 67-year-old designer closed out Paris Fashion Week at the Théâtre du Châtelet with his spring 2020 show, which marked his last haute couture runway after decades in fashion.

The show began in a way that demonstrated the designer’s kitschy, joie de vivre style—with a mock funeral. Recreating a scene from cult fashion film Who Are You, Polly Maggoo? by William Klein, a curtain opened to reveal a tableau of models in mourning, serenaded by Boy George singing a rendition of Amy Winehouse’s “Back to Black.” A coffin was then brought out and opened by Karlie Kloss to reveal none other than Mexican model Issa Lish wearing the show’s first ensemble: a white babydoll dress with puffed sleeves.

The rest of the evening saw a 200-look collection balanced on the edge of showgirl and chic, deftly showcasing Gaultier’s true artistry, as well as his partiality for underwear as outerwear and his disregard for gender boundaries: a billowing camouflage coat worn by Winnie Harlow; a sailor-inspired ensemble with the marinière’s iconic blue stripes modelled by Gigi Hadid; a recreation of the cone bra, worn by artist and fashion person Pandemonia.

Silk ties melded into striped skirts, leather jackets morphed into jumpsuits, and belts became full garments in this show of magic and whimsy.

“I have opened all my drawers, taken back all my old collections,” the designer wrote in his farewell note. “I have used my archives as material. Goodbye, the brand-new; hello, the brand old. What I did at the beginning with no resources, I do today with my inheritance to give life to new creations.”

Gaultier closed his show with the entire cast surrounding him to an eruption of applause, ending an era the same way he started it —  as a true force in the world of fashion.