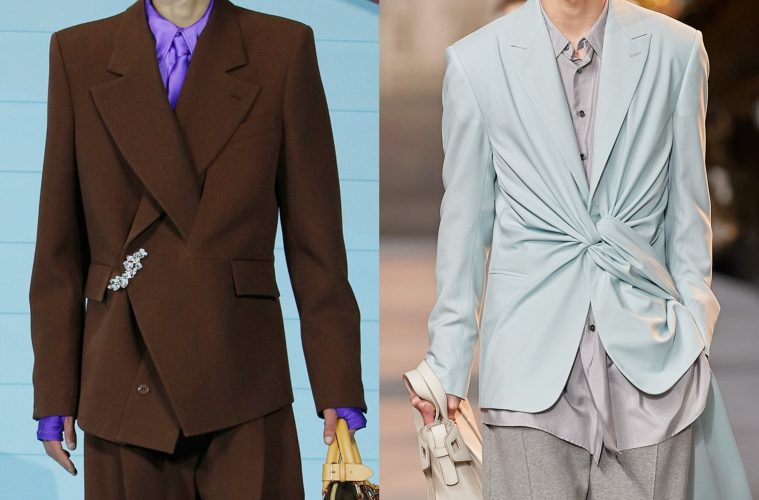 The Fall/Winter Men’s fashion week showed a reimagination of the classic blazer. Brands like Dior, Louis Vuitton, Kolor, and Jil Sander are among the few who gave us distinct reiterations of the classic look. 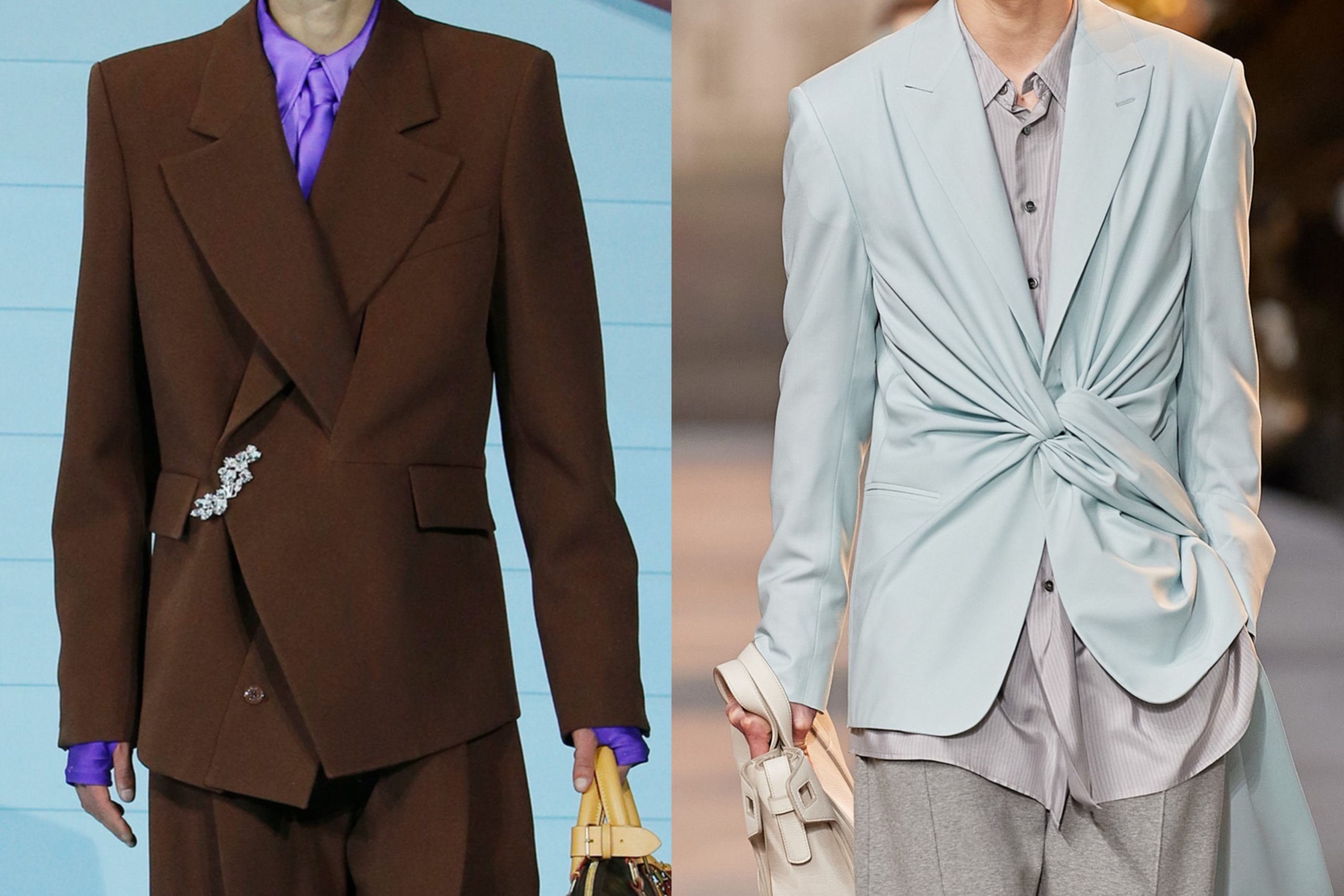 A classic tailored suit or blazer met different variations that have both either improved the silhouette or reimagined it as a whole.

Let’s start with the classic cut but better (and modernized) blazers. Louis Vuitton Fall ‘22 menswear collection proved that street style can run alongside its more mature audience. Box style, Mandarin collared blazers with sharp shoulders put the silhouette on a different level. Styling it with a baseball cap and logo-mania jeans did not prevent it from looking regal too. This collection was Virgil Abloh’s last collection for the brand before his unfortunate passing and in true Abloh nature, it showed duality and restraint. Reinventing the classic also meant doing so without straying too far. The exquisite construction of the single-breasted suits (styled with brooches) was ingenious. It makes you wonder how come no one has thought of it before? It was crisp and different but not too different.

Dior Homme on the other hand showed the same practice but with more frill. An excess draping of fabric fastened the blazers. It added a touch of sensuality and softness to what was a somewhat rigid piece of clothing. 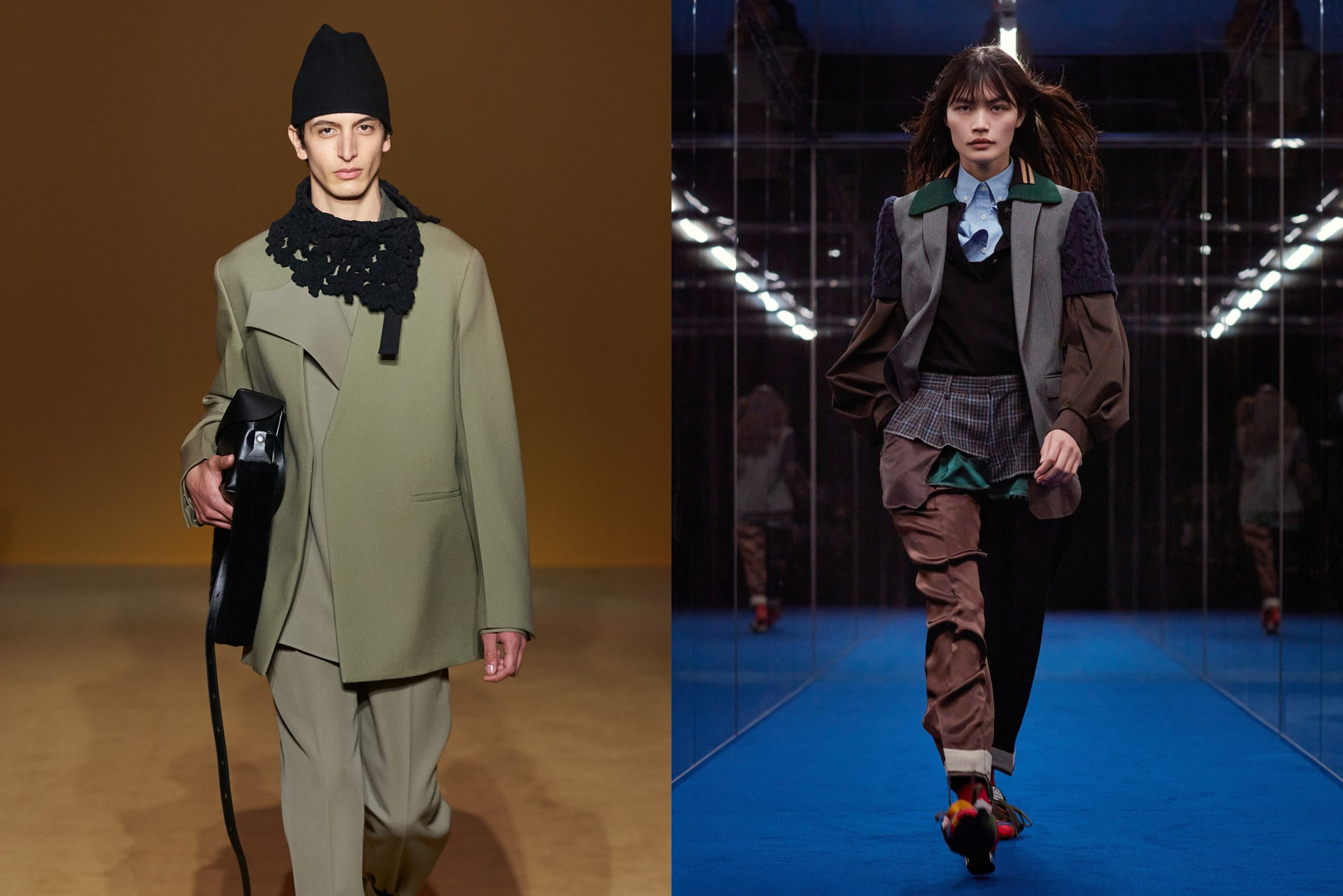 Deconstructing blazers seemed to be the designer’s favourite past times lately. Jil Sander broke down the classic piece to its structural bones. What was left was a clean, simple, collarless blazer. Though, the added crochet kerchief added depth to the oversimplified outfit. At the other end of the deconstruction spectrum, Kolor not only took apart the blazer but also re-attached multiple materials to it. The completely Frankensteined blazers looked interesting. Some worked well while others, not so much. The layering of textures was a nice touch, but sloppy nonetheless. 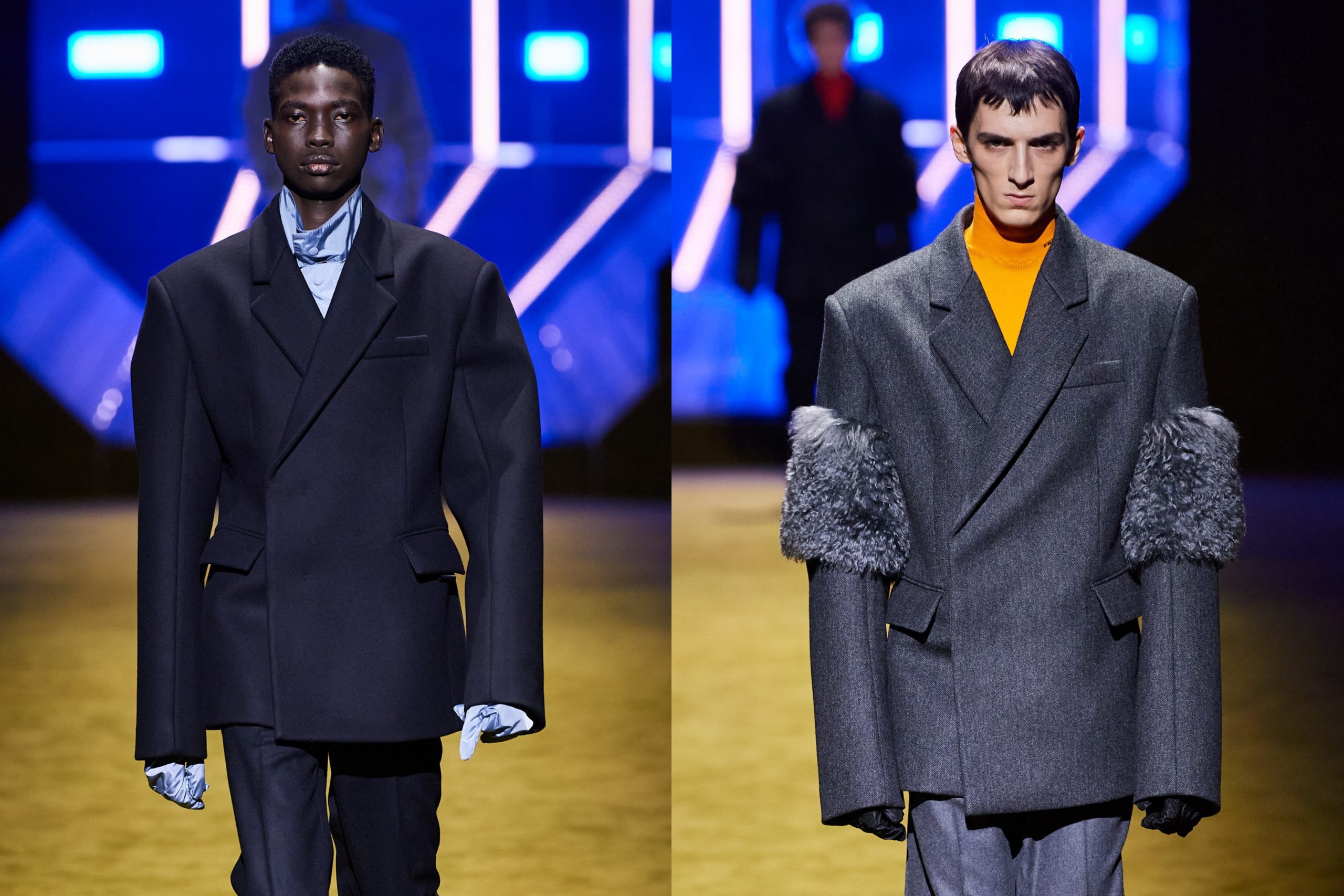 Ultimately, a great blazer comes down to tailoring. But sharp and crisp clothes nowadays are leaning towards basic (read: boring), hence why designers are desperate to create the unexpected—going so far to make things hard to decipher. Truthfully, sometimes tweaking the volume will hit the spot stronger than anticipated. A quick look at Prada Men’s show will tell you that. The voluminous, broad shoulders contrasted with the cinched waist achieved a modern approach without fully debauching the idea of a classic. It’s like an embodied “work smart, not hard” approach—but design-specific.