Most Iconic Indigenous Art Around Toronto

Since it is a multi-diverse city, Toronto is home to several First Nations people and, as such, holds an incredibly valuable archive of Indigenous art. Here are a few of the most iconic Indigenous art around the city, historic patrimonies that tie past and present together. Those are cultural experiences to definitely go check out!

Toronto is a diverse and multicultural metropolis with a vast and beautiful origin story. The city acknowledges being located on a territory that traditionally belonged to First Nations people such as the Mississaugas of the Credit, the Anishnabeg, the Chippewa, the Haudenosaunee, and the Wendat. Therefore, Toronto is now home to several First Nations, Inuits, and Métis. According to the City of Toronto, it has Ontario’s largest and the country’s fourth-largest Indigenous population. Besides, even the city’s name has Indigenous roots: the word “Toronto” originated from the Mohawk word “Tkaronto”, which means the place “where there are trees in water”. 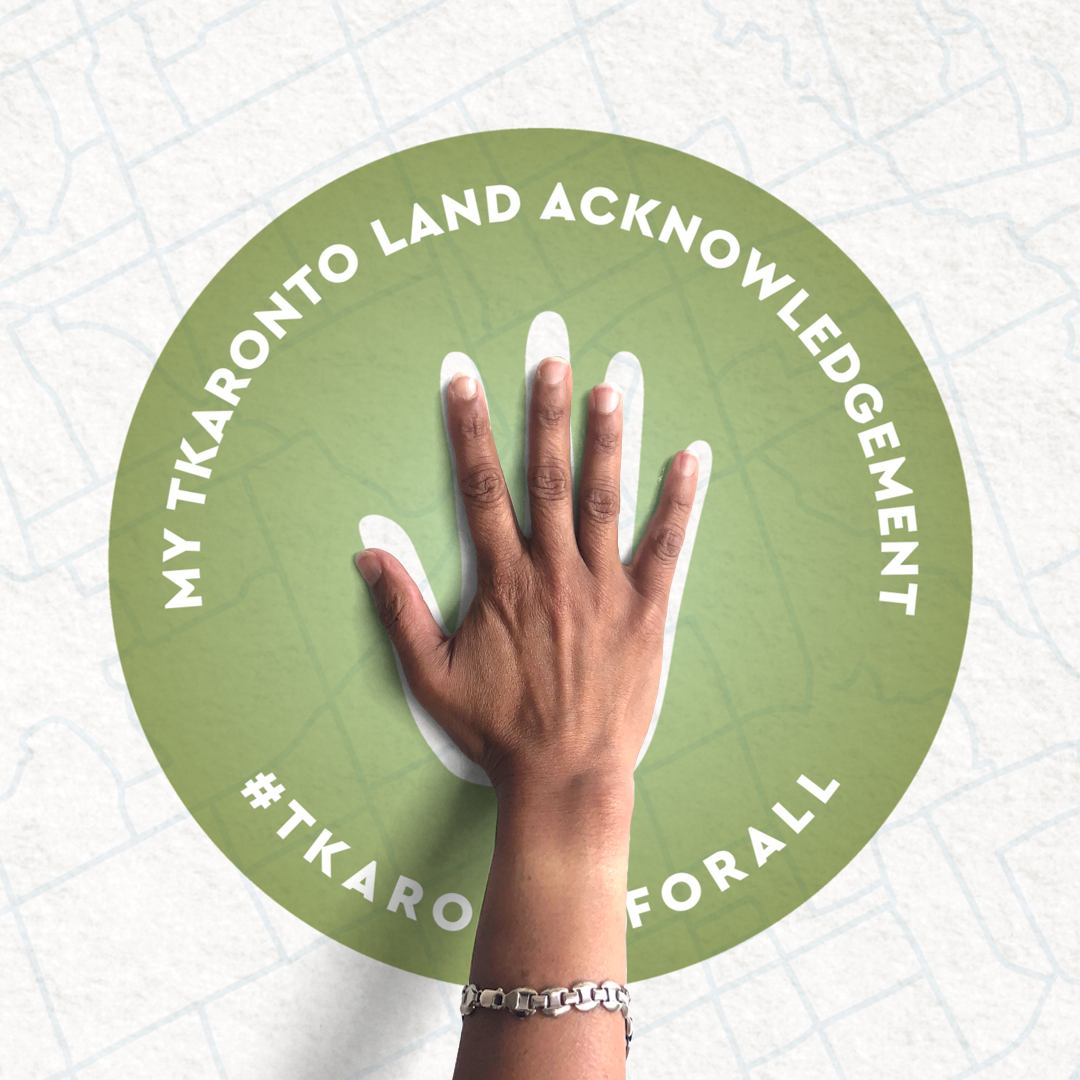 When it comes to Indigenous art, Toronto is an amazingly extensive source of artwork. Indigenous art and artifacts can be found in Toronto in over ten important establishments, as follows:

1. The McMichael Canadian Art Collection, which displays over 6,400 historical and contemporary Indigenous art pieces, as well as the Cape Dorset archive, composed of over 100,000 drawings and prints.

2. The Royal Ontario Museum (ROM), which dedicates the Daphne Cockwell Gallery to showcase the art and culture of First Nations people. The gallery holds over 1000 pieces of Indigenous art confronting present life with past traditions. 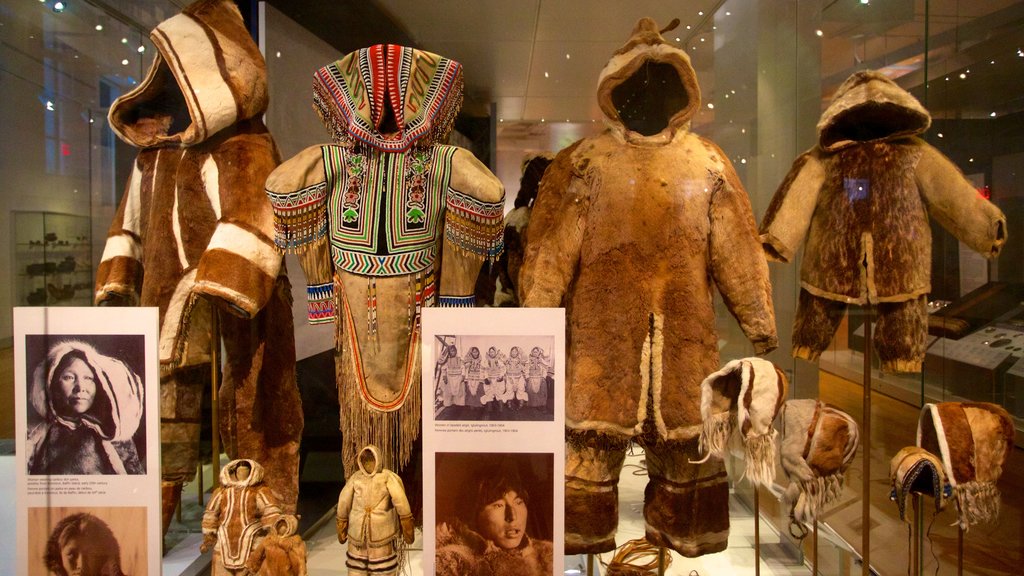 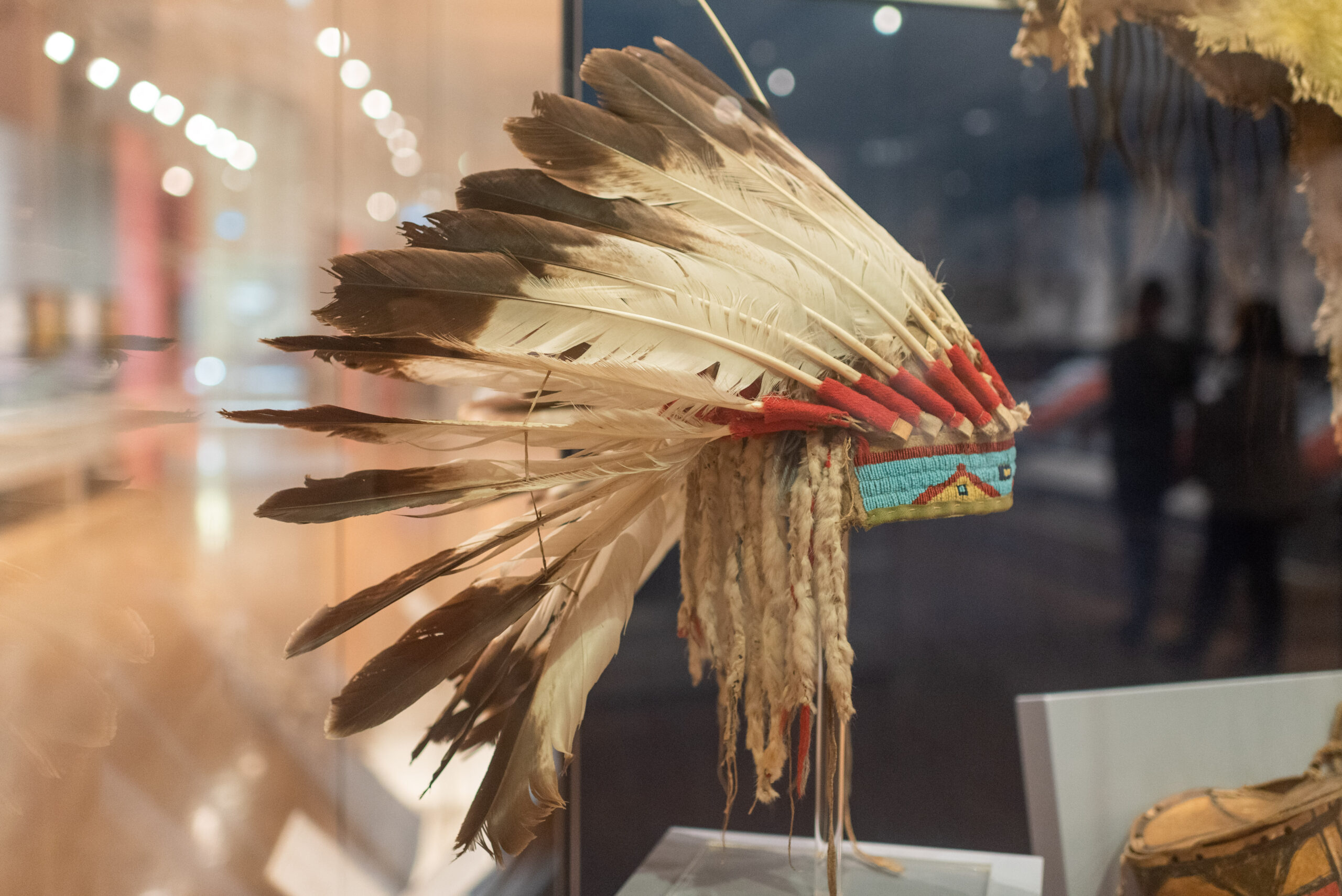 3. The Art Gallery of Ontario (AGO), which exhibits not only First Nations’ Indigenous art, but also art created by Indigenous people in Africa, Australia, and the Torres Strait Islands. The exhibition also compares historical and current Indigenous artistic practices.

4. The Native Canadian Centre of Toronto, which showcases Indigenous art on its walls, and celebrates every year the Indigenous History Month, with local Indigenous representatives exhibiting and selling their wares. 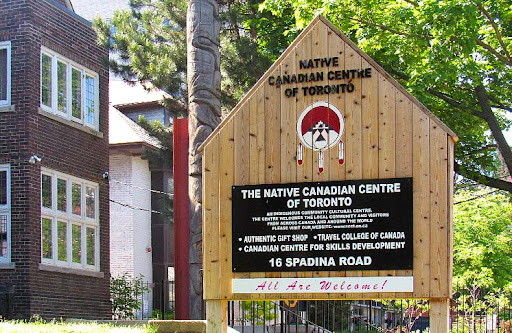 5. The Bata Shoe Museum, which presents the public with a large collection of footwear that belonged to Native Americans and Circumpolar people.

6. Ravenspirit, which is Canada’s finest collection of Aboriginal art and culture. 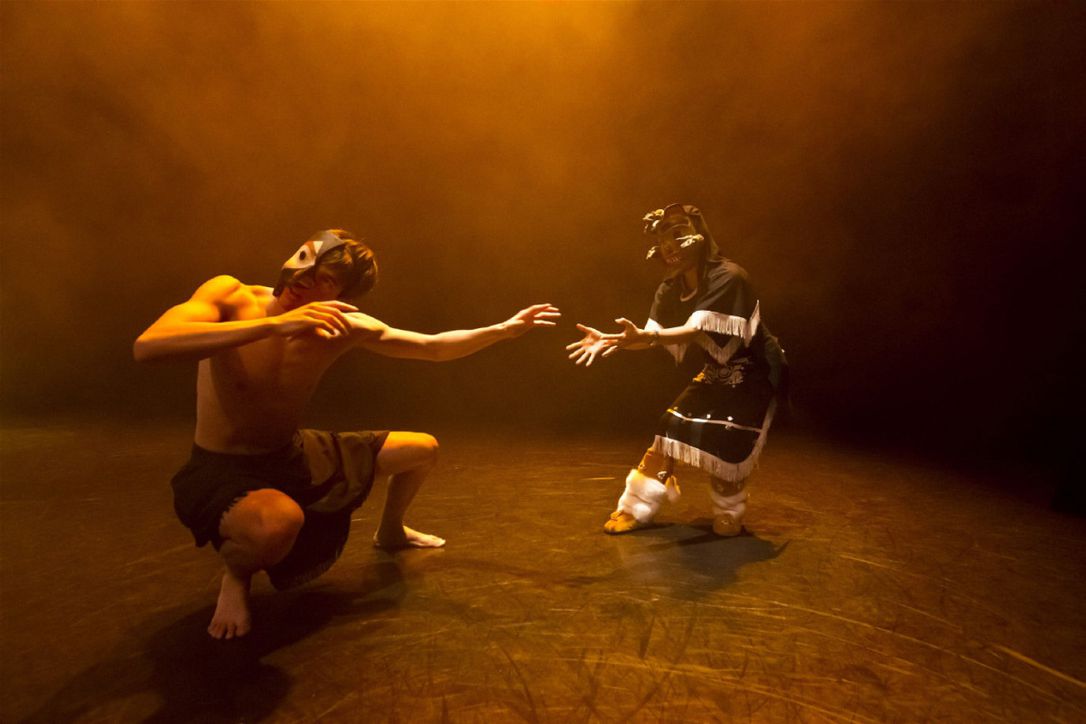 9. Bay Spirits Gallery, an art gallery specialized in Indigenous art, that has been operating in Toronto for the past 25 years.

10. Gallerina Indigena, another specialized Indigenous art gallery located at the heart of the Distillery District.

Moreover, Toronto annually celebrates Indigenous holidays such as the National Aboriginal Day, by throwing an Indigenous Arts Festival. In this event, which happens in downtown Toronto area, many activities happen in order to promote and enhance Indigenous culture, music, dance, theatre, food, and storytelling. Also, in celebration of the Indigenous Peoples Day, Toronto’s Nathan Phillips Square hosts the annual Sunrise Ceremony, in honour of First Nations culture. The Traditional Pow Wow by the Na-Me-Res happens each year to celebrate the Summer Solstice and the National Aboriginal Day. During the event, attendees can visit information booths, watch the performance of over 100 dancers and drummer players, meet First Nations vendors and participate in several activities. 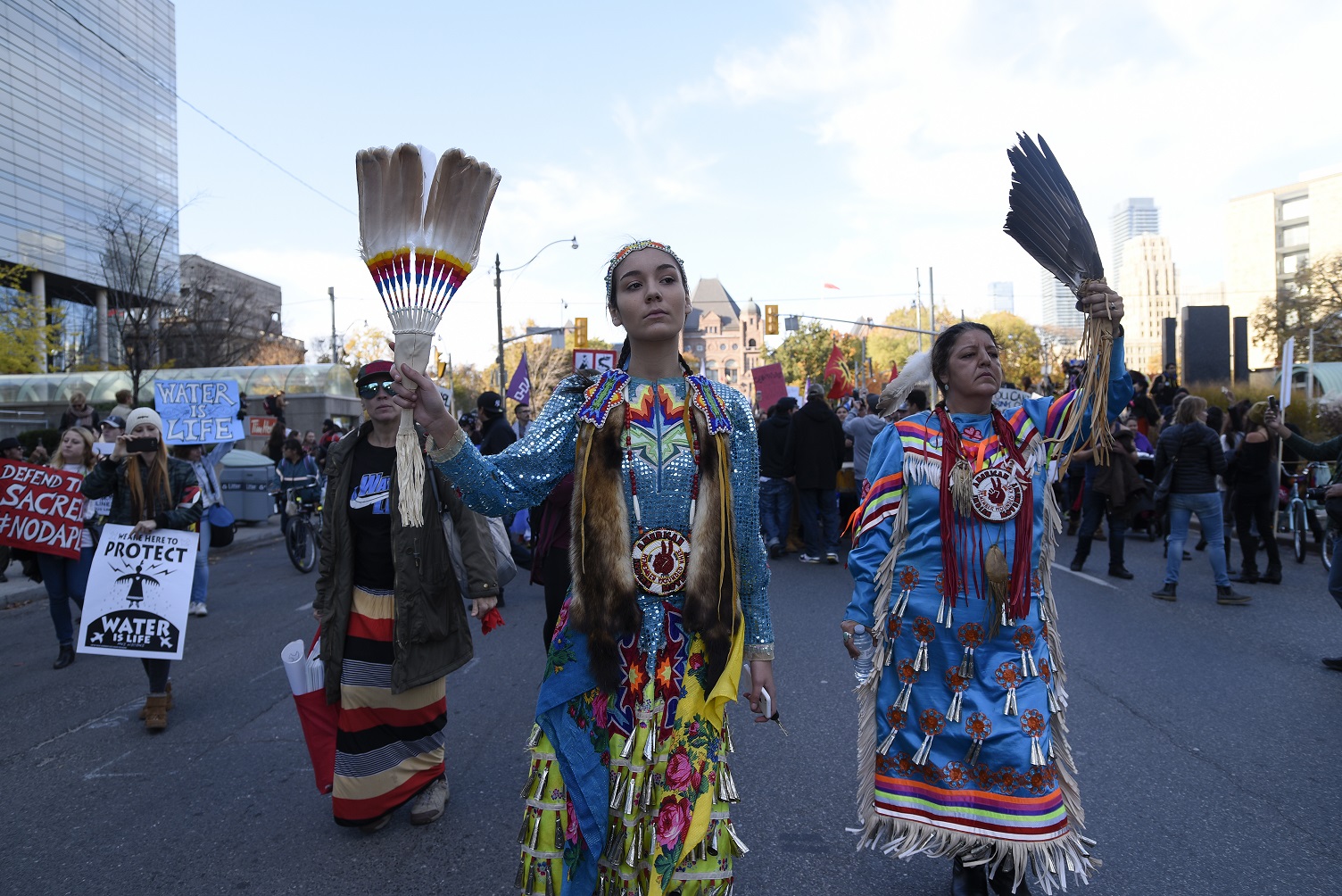 Other projects involving Indigenous people in Toronto include The Indian Residential School Survivor Legacy Project, a celebration of the diverse Indigenous Nations that takes place in Nathan Phillips Square, and is intended to honour survivors of the Residential Schools. The Imaginative Film + Media Arts Festival features and promotes Canadian as well as international Indigenous filmmakers and media artists, being the biggest event of its kind, globally. 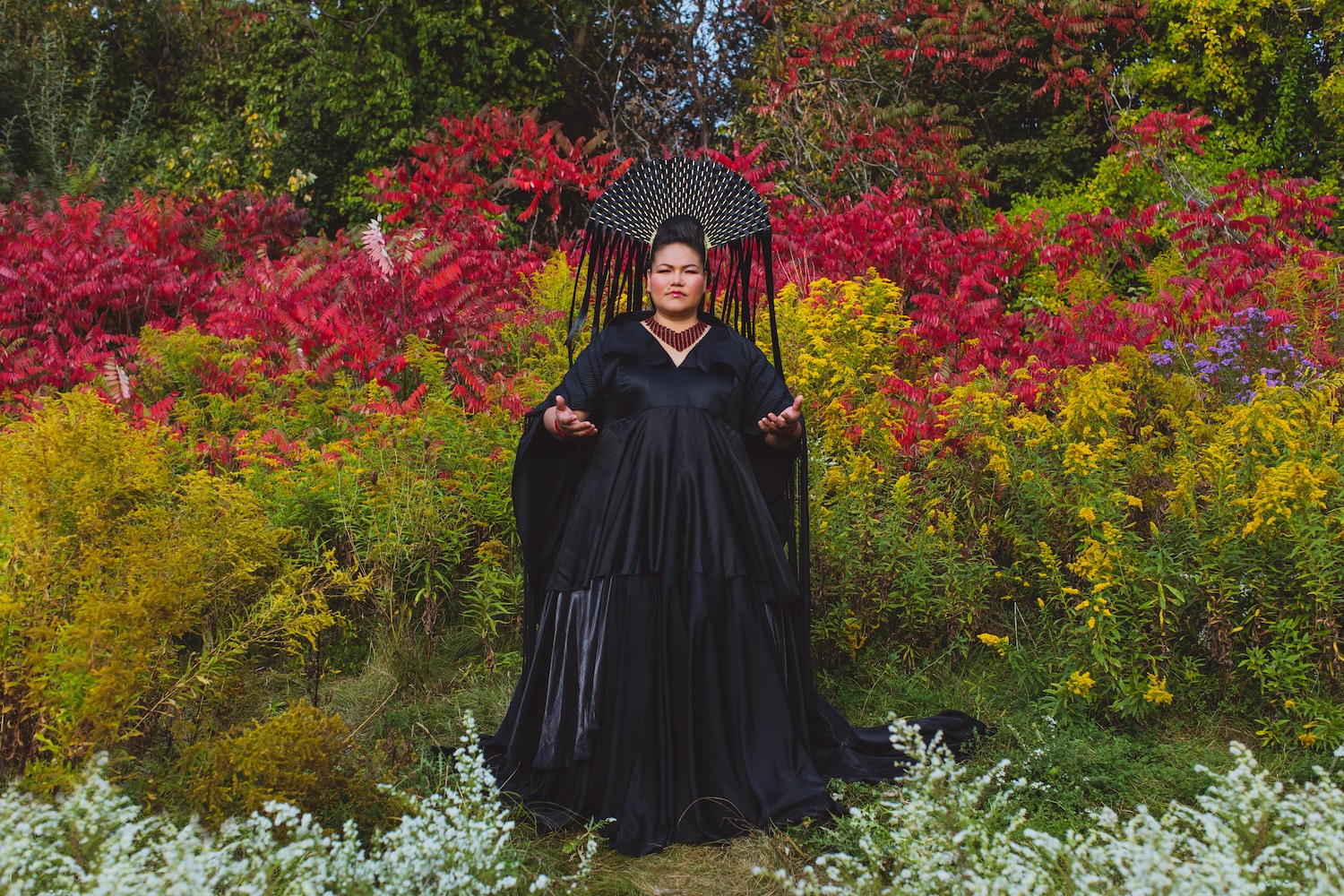 An interesting tool used to access Toronto’s Indigenous history through original maps, photographs, stories, videos, and other media, is the app called First Story Toronto. The complete tour takes about 3 hours and it demonstrates the strong Indigenous presence in Toronto. That said, Indigenous art is very present all around Toronto and it must be prestiged not only by Canadian but by visitors from all over the world.