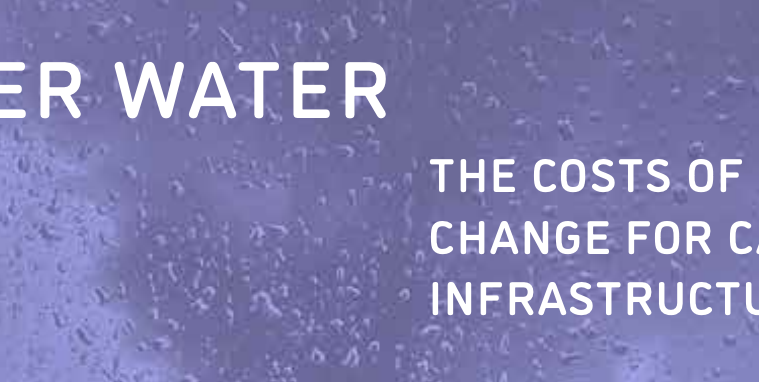 A new report finds the effects of climate change on Canadian infrastructure could cost billions of dollars in damages yearly if we don’t invest in adapting infrastructure.

Under Water: The Cost of Climate Change for Canada’s Infrastructure is The Canadian Institute for Climate Choices’ latest report and the largest study of the cost of climate change’s impact on infrastructure.

The report focuses on the cost of extreme weather damage to infrastructure, the lack of information available to Canadians in high-risk areas and being proactive instead of reactive in order to mitigate risk. 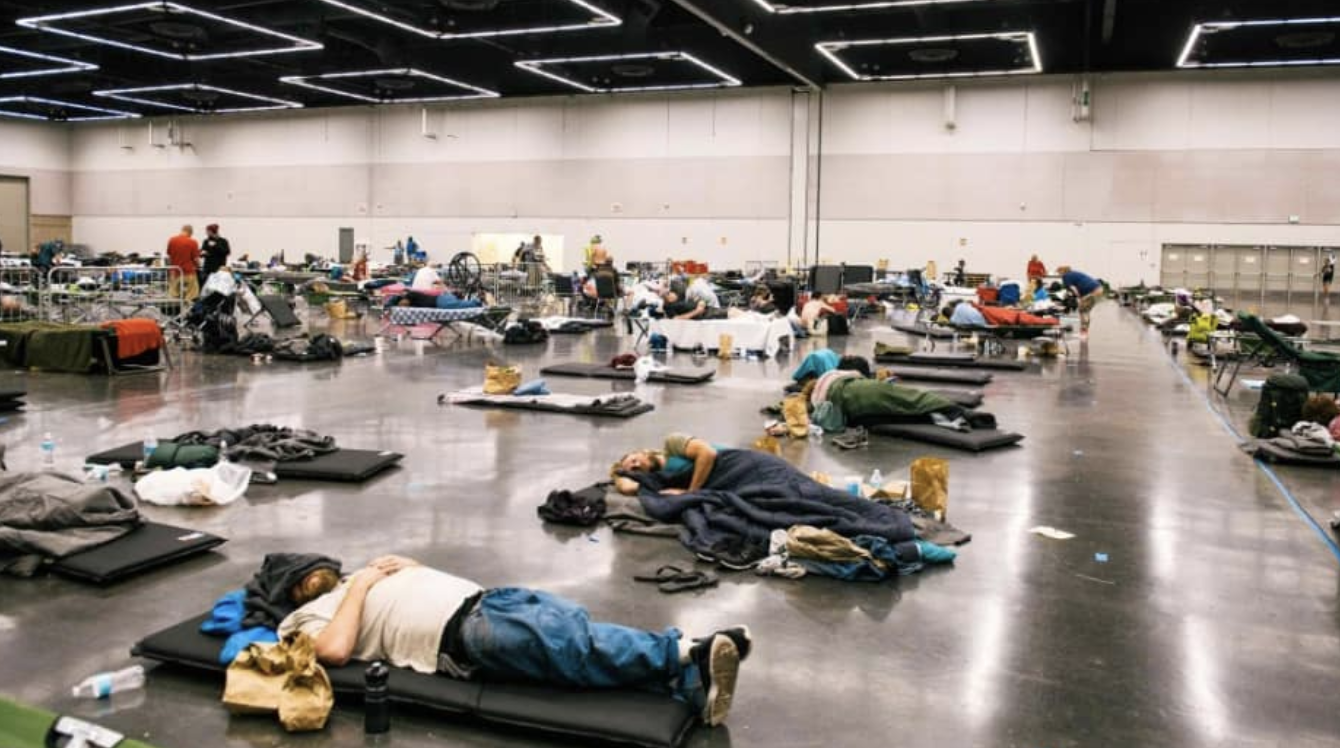 Canada is just beginning to see a glimpse of the extreme weather that is to come. This June British Columbia experienced the deadliest weather event in Canadian history with a heatwave reaching record-breaking highs. 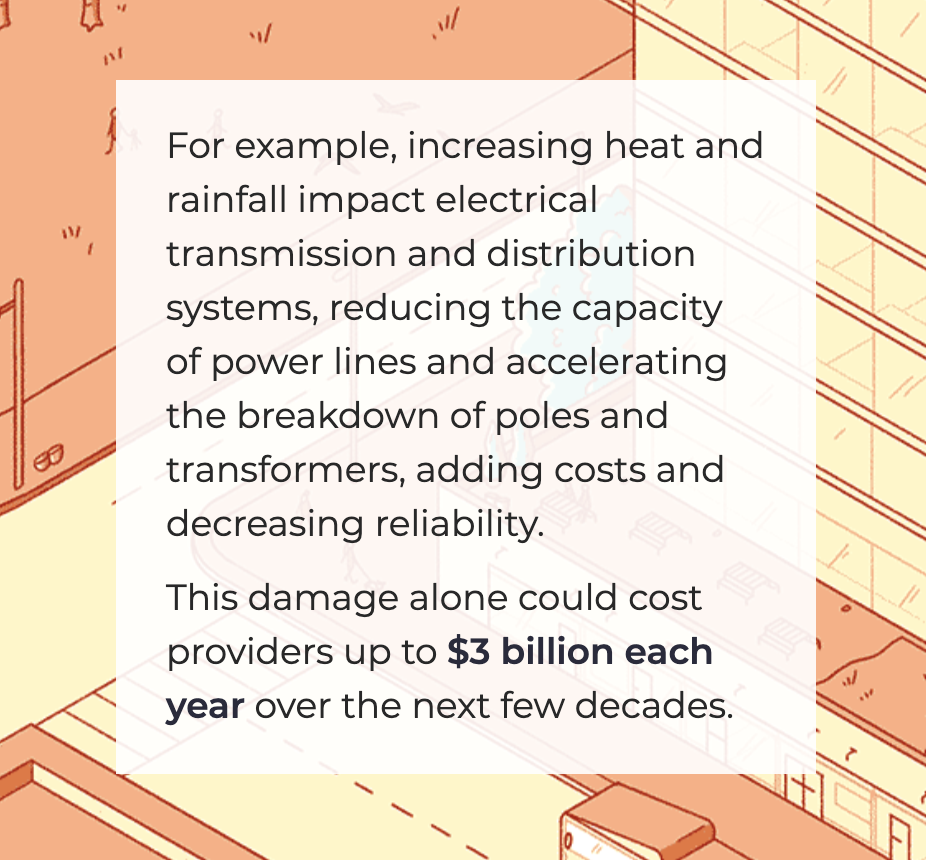 Extreme weather has an immense impact on infrastructure that could cause billions of dollars in damages over the next few decades.

We need infrastructure that can withstand flooding and extreme heat. However, the report finds that “we currently lack the information, standards and incentives to design and manage infrastructure for the climate of the future”. The Canadian government must invest in research in order to make informed decisions that factor in climate change. 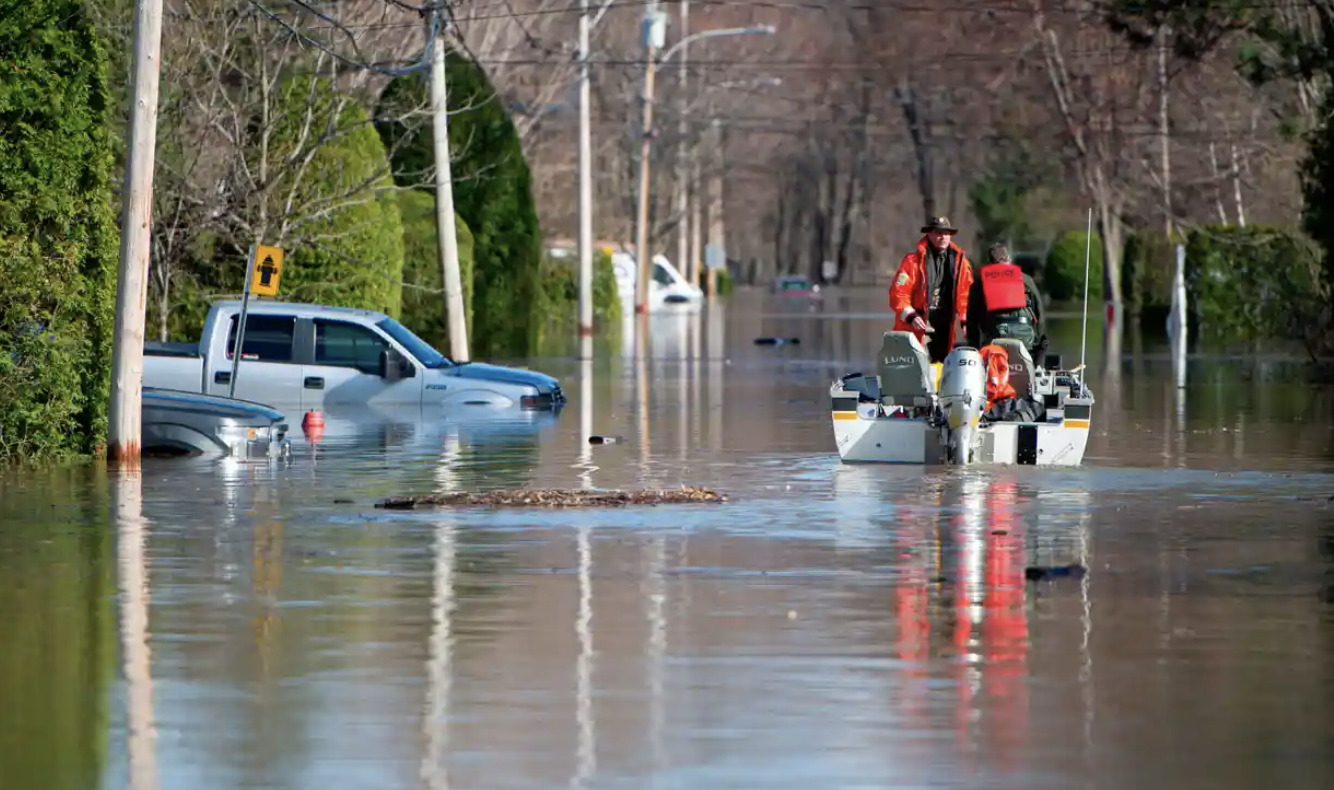 This is just the tip of the iceberg. Canada’s flood maps do not factor in climate change leaving widespread information gaps. This minimizes the issue while leaving many Canadian’s in the dark on whether or not their property is at risk. This also, leads to Canadians buying homes unaware that they are located in at-risk areas. 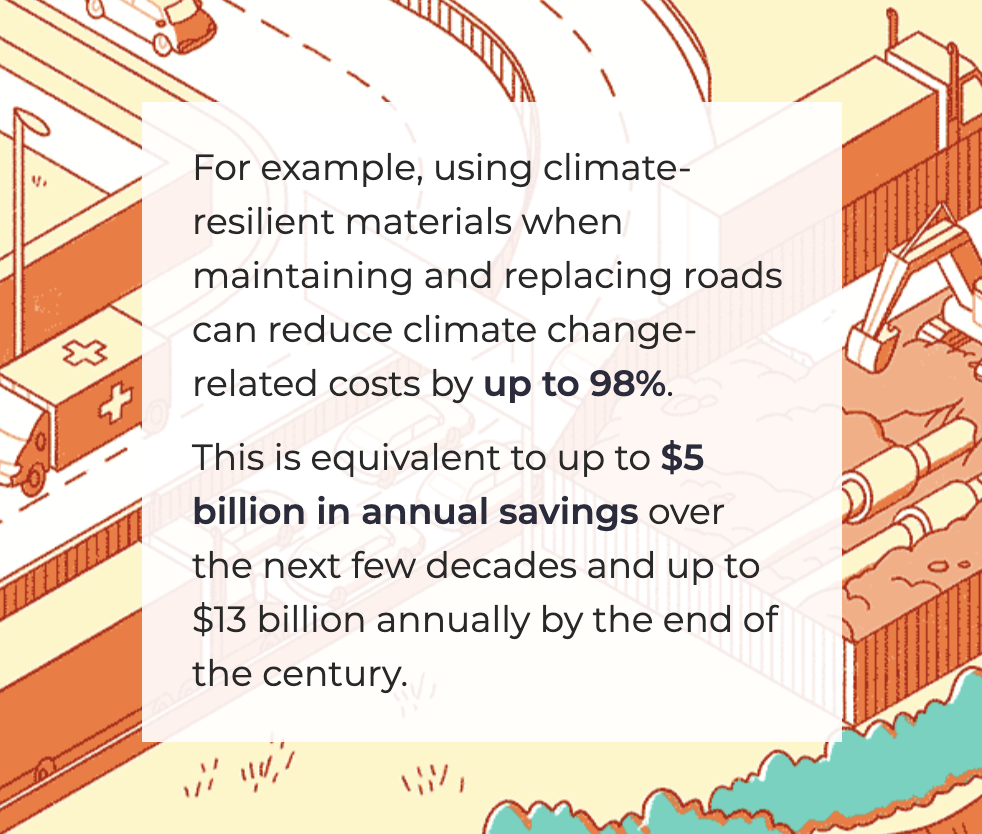 The Canadian government must start being proactive in order to not have to be reactive. If Canada invests in climate-resilient infrastructure now it will help to reduce carbon emissions, save billions of dollars and, not to mention, lives, in the future.

“Climate change is a massive threat to the public and private infrastructure that underpins Canada’s prosperity,” says Ryan Ness, Adaptation Research Director, Canadian Institute for Climate Choices. “The challenge for governments today is to rapidly shift how infrastructure decisions are made in ways that factor in a changing climate. If these investments are planned wisely, Canada’s infrastructure can be the foundation of a resilient, low-carbon future.”