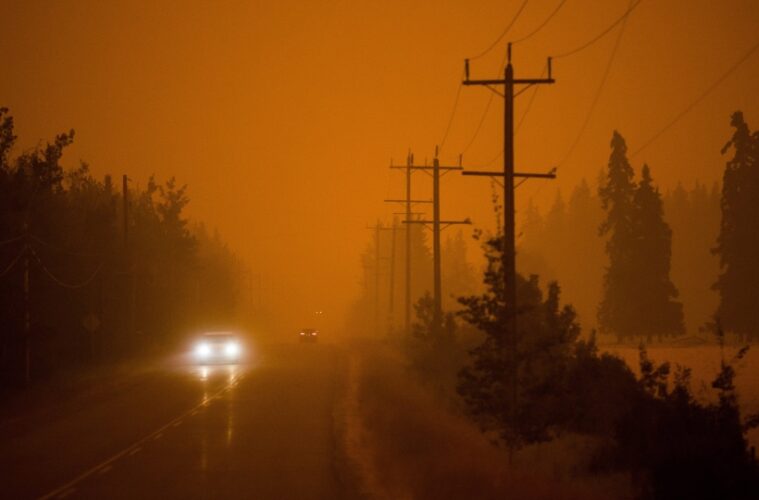 B.C.’s Fight Against The Climate: A Third Heatwave and a Fire Season That Could Last Till Snowfall

British Columbia is facing the devastating realities of climate change as the province is hit with a third heatwave while continuing to battle an apocalyptic fire season. 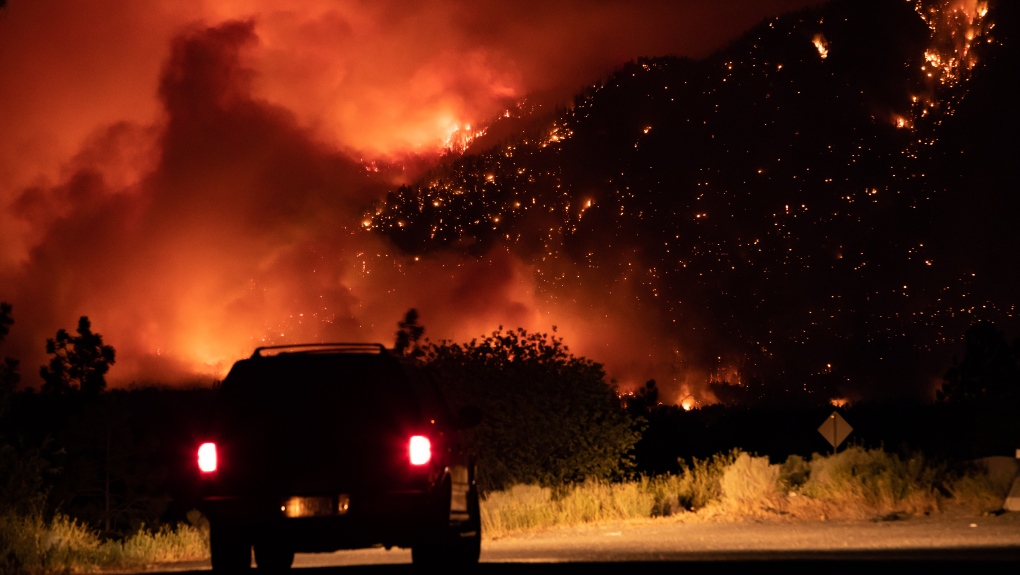 Parts of British Columbia are enduring record-breaking heat as the province faces its third summer heatwave. The heatwave rolled in on Wednesday and peaked yesterday with, according to Environment Canada’s preliminary data, 15 temperature records broken.

British Columbia is quickly becoming one of the hottest regions on Earth. One record broken in the heatwave on Thursday came from the Port Alberni area reaching 39.8°C. During the heat dome in July, the village of Lytton shocked the masses by shattering the record for Canadian temperatures at 49.6°C. However, the current heatwave is not expected to reach the same severity as the July heat dome. 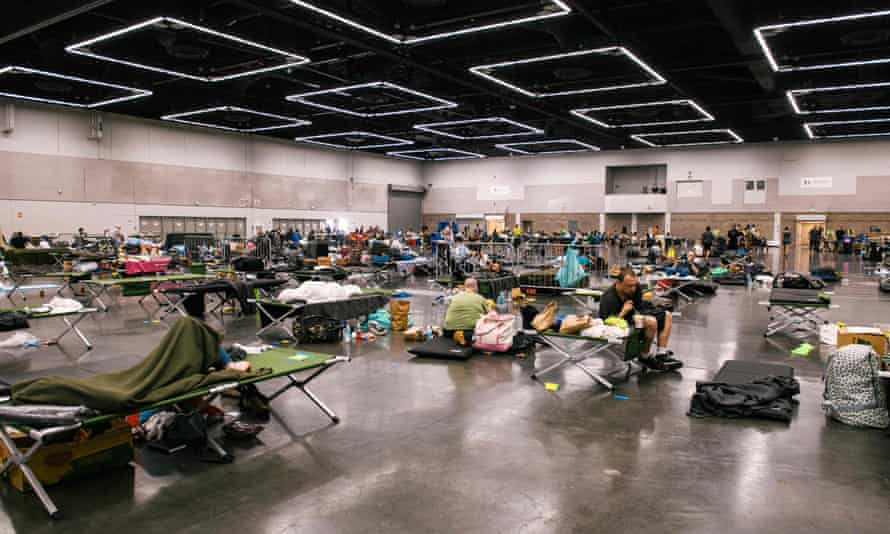 The heatwave is said to persist into the weekend, ending on Sunday. Cooling stations are available in affected areas to provide protection from heat-related illnesses like heat stroke. Residents are encouraged to stay indoors between 10 a.m. and 4 p.m., wear sunscreen of at least 30 SPF and drink lots of water.

The current heatwave looming over B.C. is also causing serious concern in the wake of the almost 270 wildfires burning in the province. Additionally, parts of B.C. are experiencing a level 4 drought producing extremely dry conditions.

Officials warn that it could take months to get some of the provinces’ fires under control. Rick Manwaring, deputy minister of forests, said, “To be honest, some of these larger fires in the south-central Interior, we’re going to be fighting these right up until the snow falls… because it is so dry, and winds continue to be challenging in these conditions with no precipitation”. 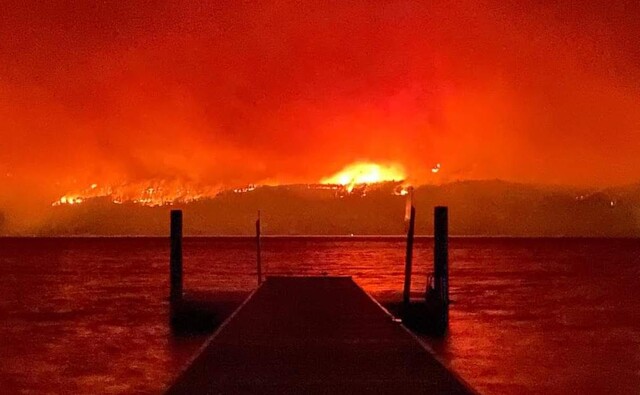 There are currently 29 wildfires of note, meaning highly visible or which pose a potential threat to public safety. One of which is the White Rock Lake fire burning 580-square-kilometres between Kamloops and Vernon.

Mark Healey, the Incident Commander for the White Rock Lake wildfire said, “In my 28 years, I’ve never seen forest fuels this dry. This is a catastrophic event. This isn’t just a wildfire”. 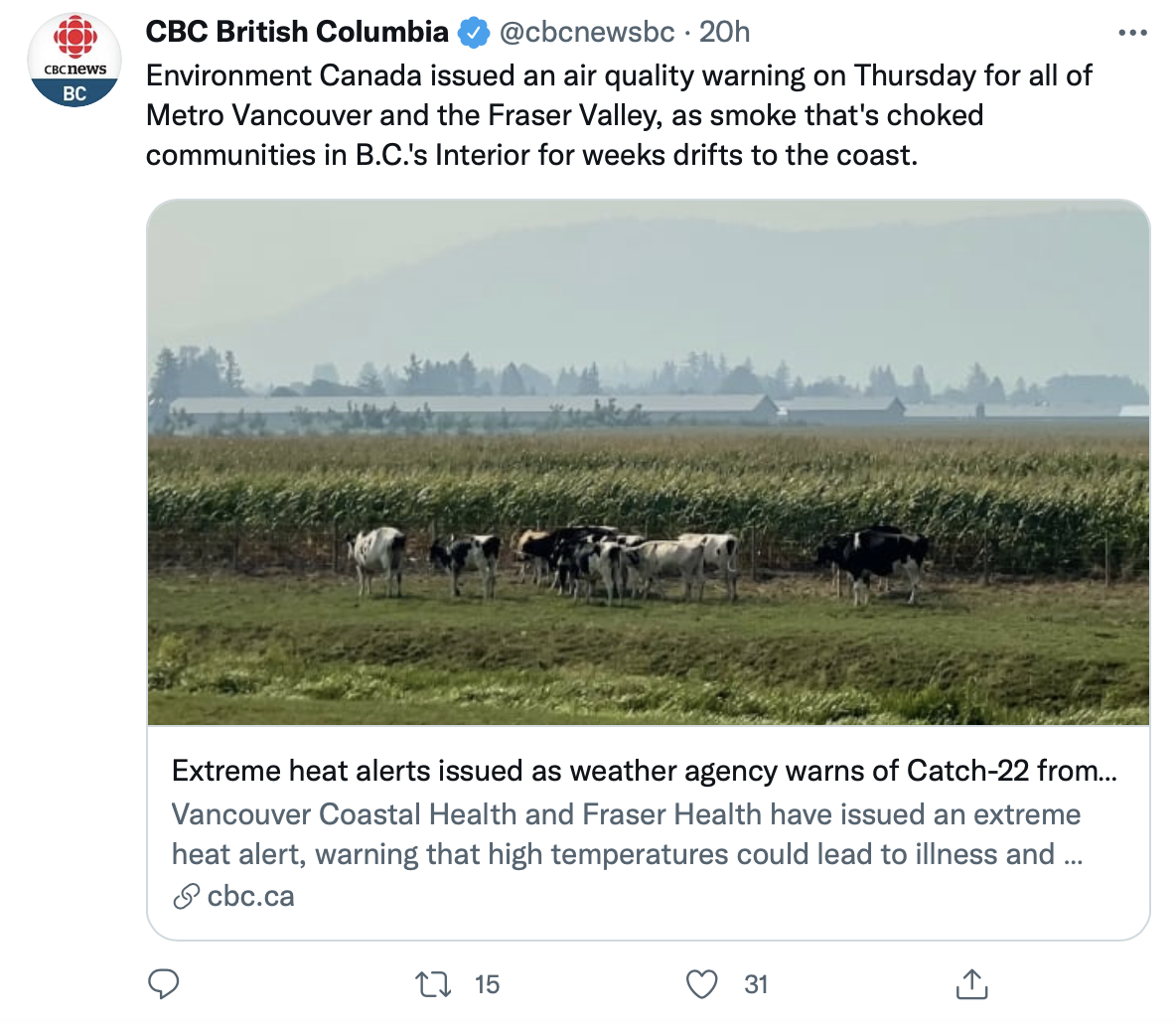 Environment Canada has issued air quality warnings to most of southern B.C. as smoke cloaks the sky.

Dr. Sarah Henderson from B.C. Centre for Disease Control said, “Smoke and heat are both physiological stressors that can make all of us feel quite uncomfortable and they can be quite risky for some people. Everybody needs to take extra care when we have these environmental stressors around us”.

The people in B.C. are facing the results of a lack of climate action being put forward by governments on a global scale. The 26th UN Climate Change Conference of the Parties will take place in a couple of months. It’s imperative that policymakers use the UN’s recent report on climate science to commit to an aggressive plan of action in order to mitigate the damage that’s already been done and holt future devastation.