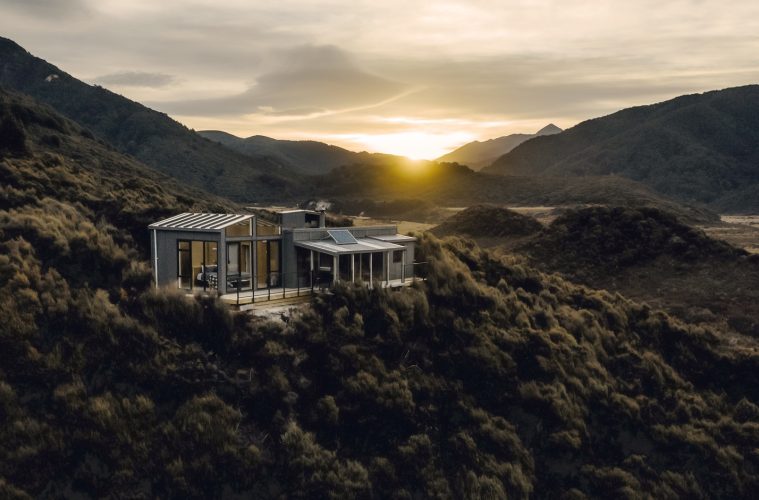 With 2020 finally coming to a close, we are hopeful that borders will open at some point in the next year. With eco-adventures, unique stays, great local foodie finds and cultural experiences at the top of trip planning lists, New Zealand is where you can experience it all. Shared below are a few of the most unique destinations and experiences the country has to offer. 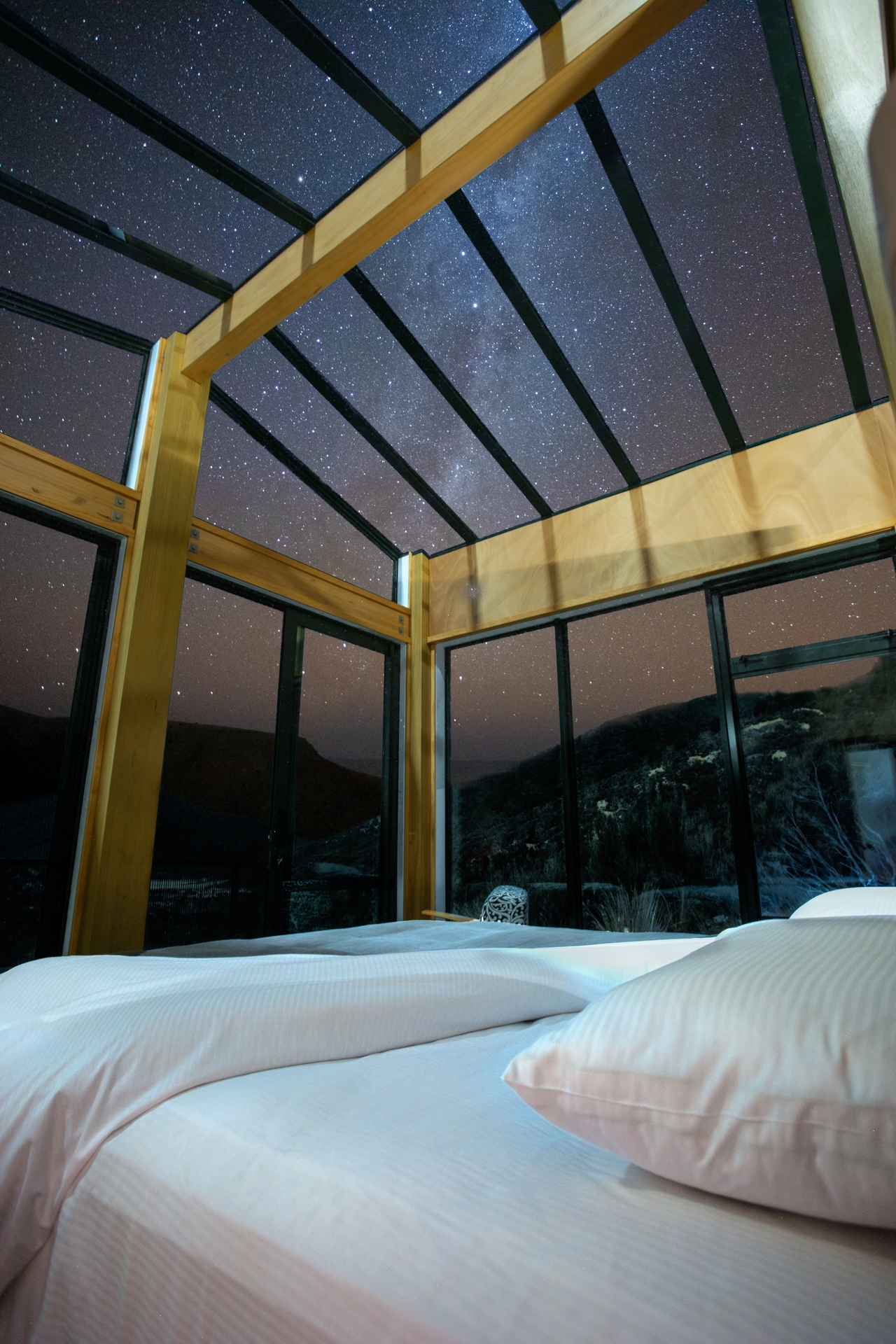 There are no roads, no people, no internet and no cell phone coverage at Owhaoko, making it the perfect place for a digital detox in a luxury cabin with views so spectacular one of the bedrooms is made of glass.

Nestled between the Kaimanawa and Kaweka forests in the central North Island is the ancestral land of Owhaoko, which covers more than 16,000 private acres of pristine native bush and can only be reached by helicopter.

The luxury cabin’s Māori name is Te Whare Ruruhau (a place of shelter, refuge and protection) has two double bedrooms – one with glass walls and ceiling – and guests can enjoy everything from a bubble bath under the stars with champagne to gourmet meals cooked using traditional Māori methods. 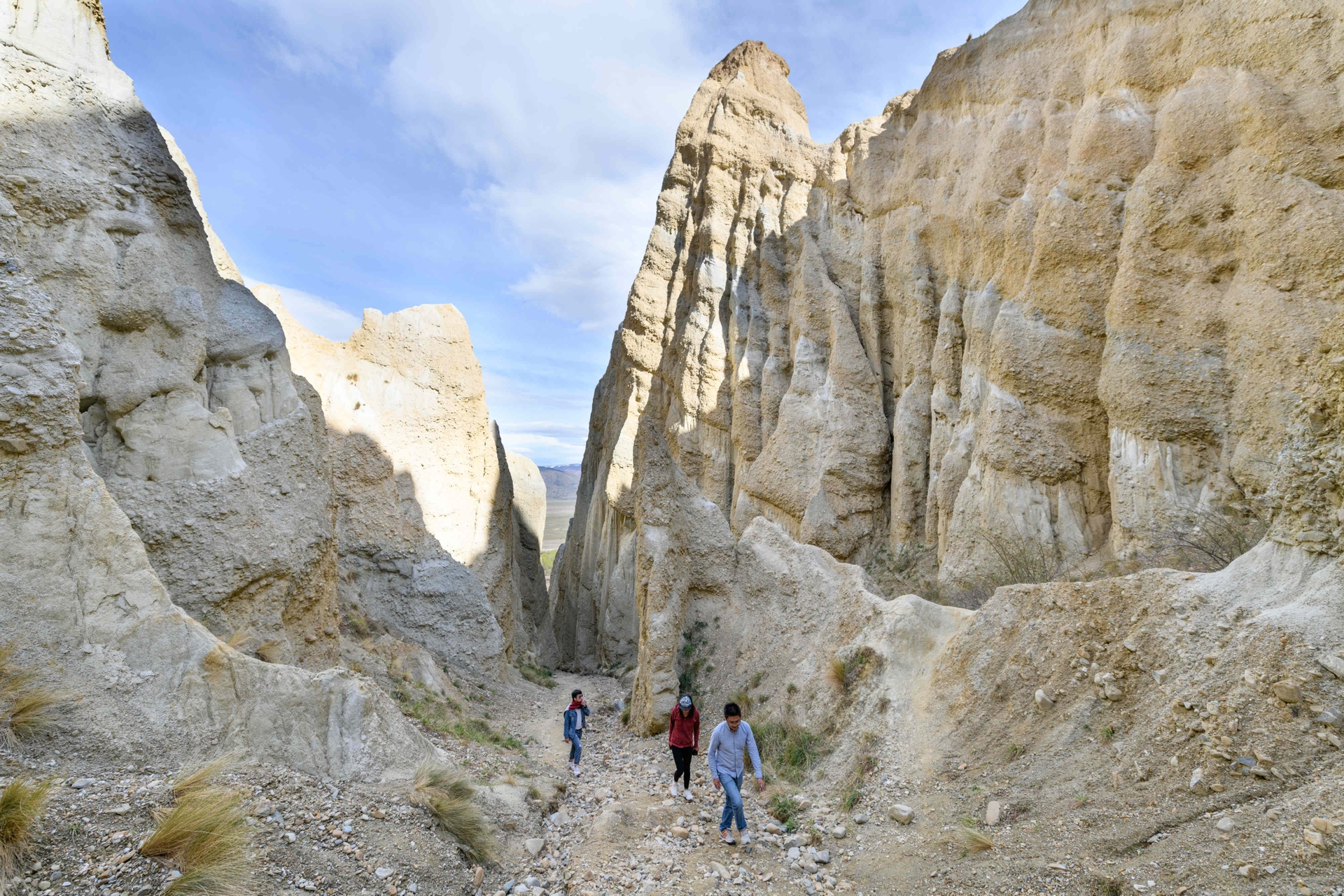 Waitaki Whitestone Geopark is a geological wonder so ancient it’s like visiting another world.

Stretching from the Alps to the ocean, visitors can explore a 7,200 square kilometre geopark rich in fossils, towering limestone cliffs and famous Takiroa Māori rock drawings, and crisscrossed with easy walks, uphill hikes and cycle routes. The park, which has applied for Unesco Global Geopark status, is rich in wildlife and Shag Point Scientific Reserve offers up a special spot to glimpse rare yellow-eyed penguins, sooty shearwaters, seals and shags. 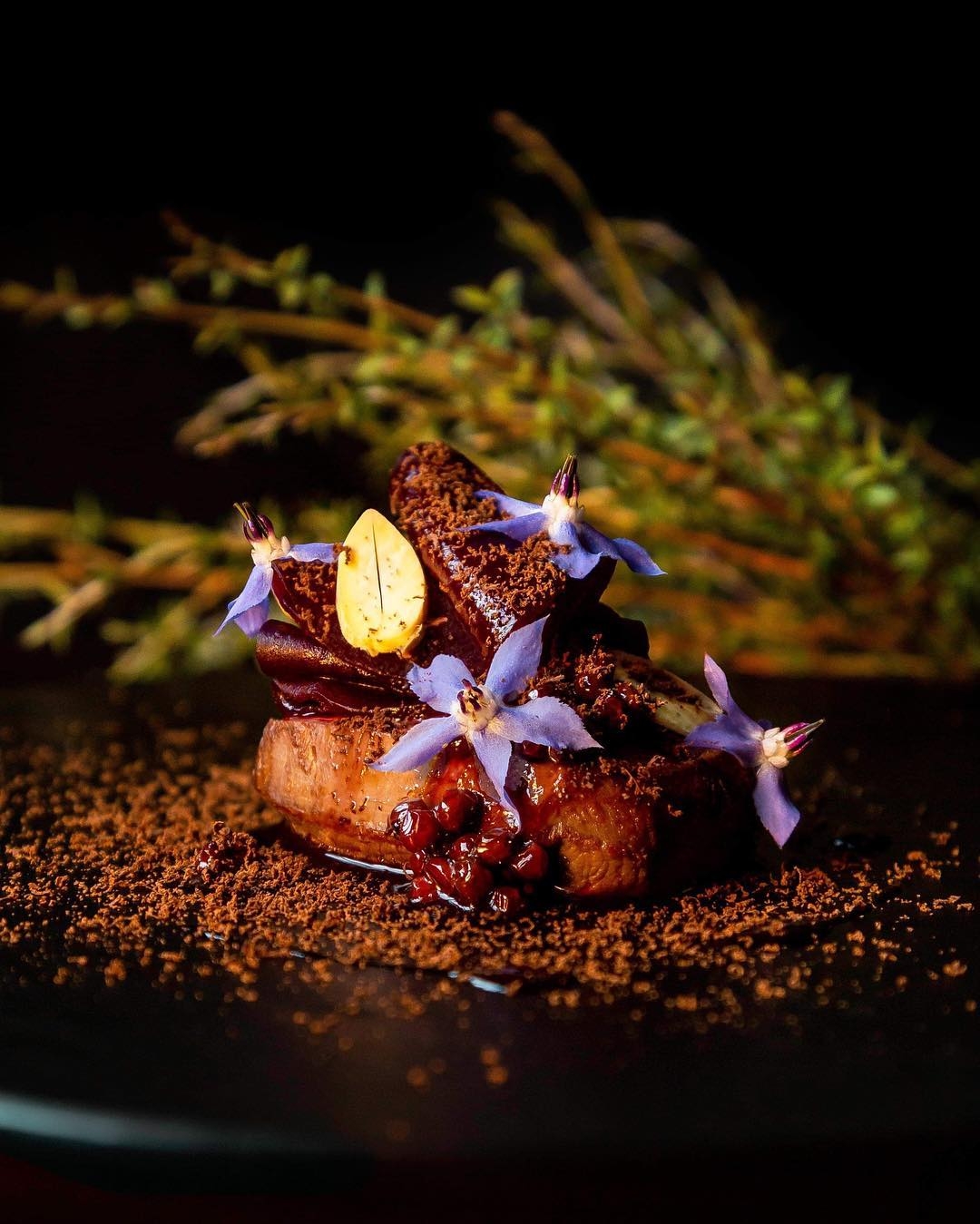 With a passion for local and foraged ingredients, famed British chef Jack Cashmore swapped Michelin-starred restaurants in England and Europe for a vast and rugged New Zealand farm.

Located between the mountainous Whanganui and Tongariro national parks in the heart of the North Island, The Chef’s Table at Blue Duck station is so remote that diners are helicoptered in before dinner is served. Experience a truly unique star-lit 10-course degustation using organic ingredients sourced from the farm and foraged from the surrounding native rainforest. 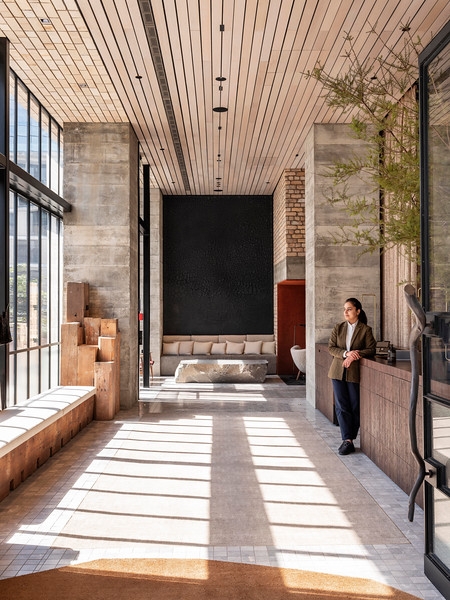 Nestled in the heart of Auckland’s bustling downtown precinct is a new hotel so environmentally friendly that even the pillows are made from recycled plastic bottles. The luxurious Hotel Britomart is New Zealand’s first Five Green Star hotel. Inside, eco-conscious guests will find organic cotton sheets and skincare products, wool and cotton slippers that are 90% compostable and laundry bags made by local communities in Bali that offset their carbon emissions by 120%. Even the hotel’s staff uniforms are recycled.

The eco-friendly approach extends to the materials used in the construction of the hotel, where guests will find flicker-free lighting, access to natural light, environmentally friendly paints, responsibly sourced timber and highly efficient taps and fittings to reduce water use. 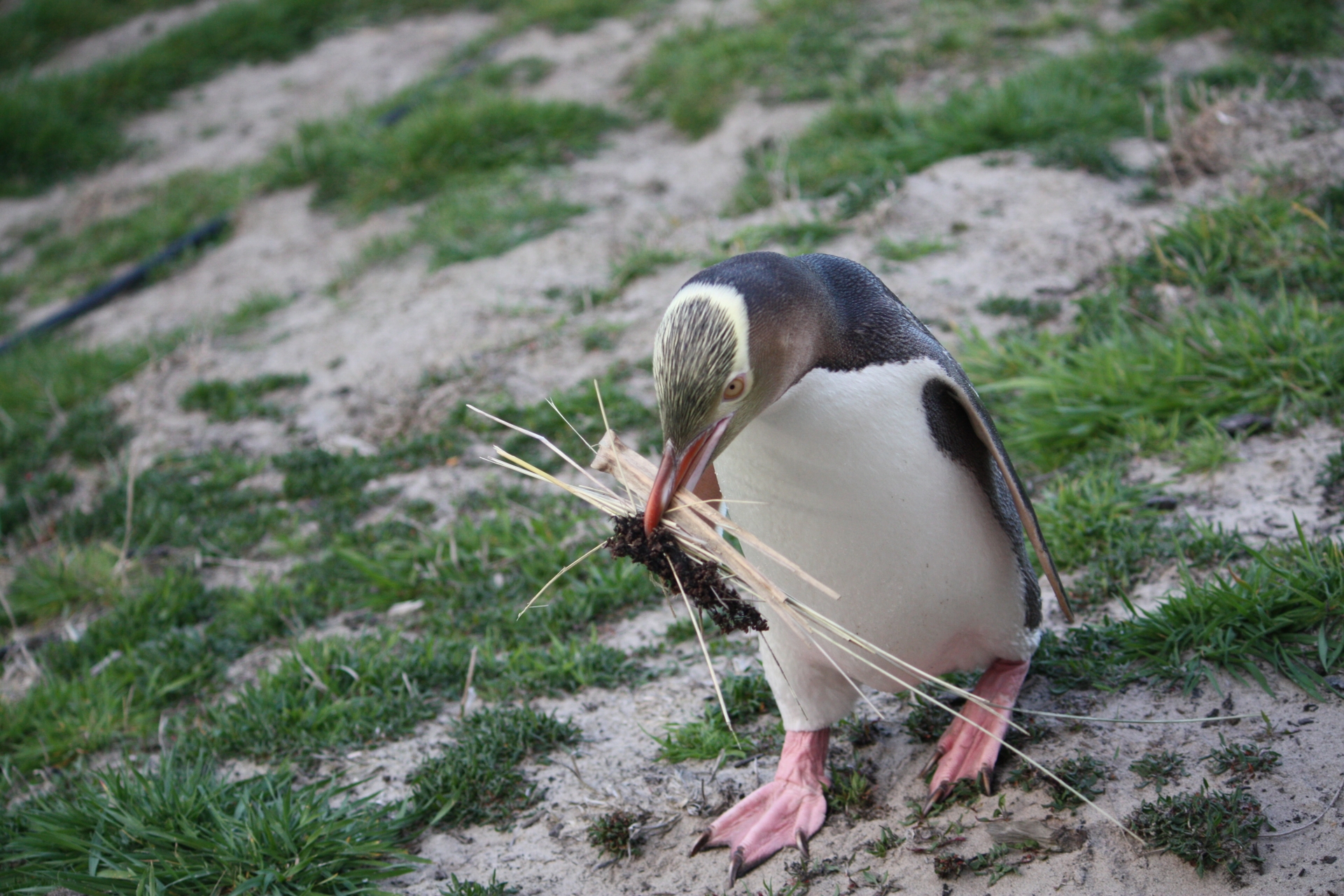 When sheep farmer Howard McGrouther saw that rare hoiho (yellow-eyed penguins) were nesting on his farm he turned part of his property into a private conservation reserve for the birds. That was in 1985, and while Mr. McGrouther has passed on, his legacy continues with the Penguin Place: now the world’s first totally tourism-funded conservation programme dedicated to taking care of the world’s rarest penguin.

Lying in the tree-clad hills of the spectacular Otago Peninsula – described by British botanist David Bellamy as the “finest example of eco-tourism in the world” – visitors to Penguin Place are taken on a 90-minute journey. They can see patients in the reserve’s hospital before trekking through a network of tunnels to spot hoiho in the wild, along with Little Blue penguins, New Zealand sea lions, fur seals and other native birdlife. 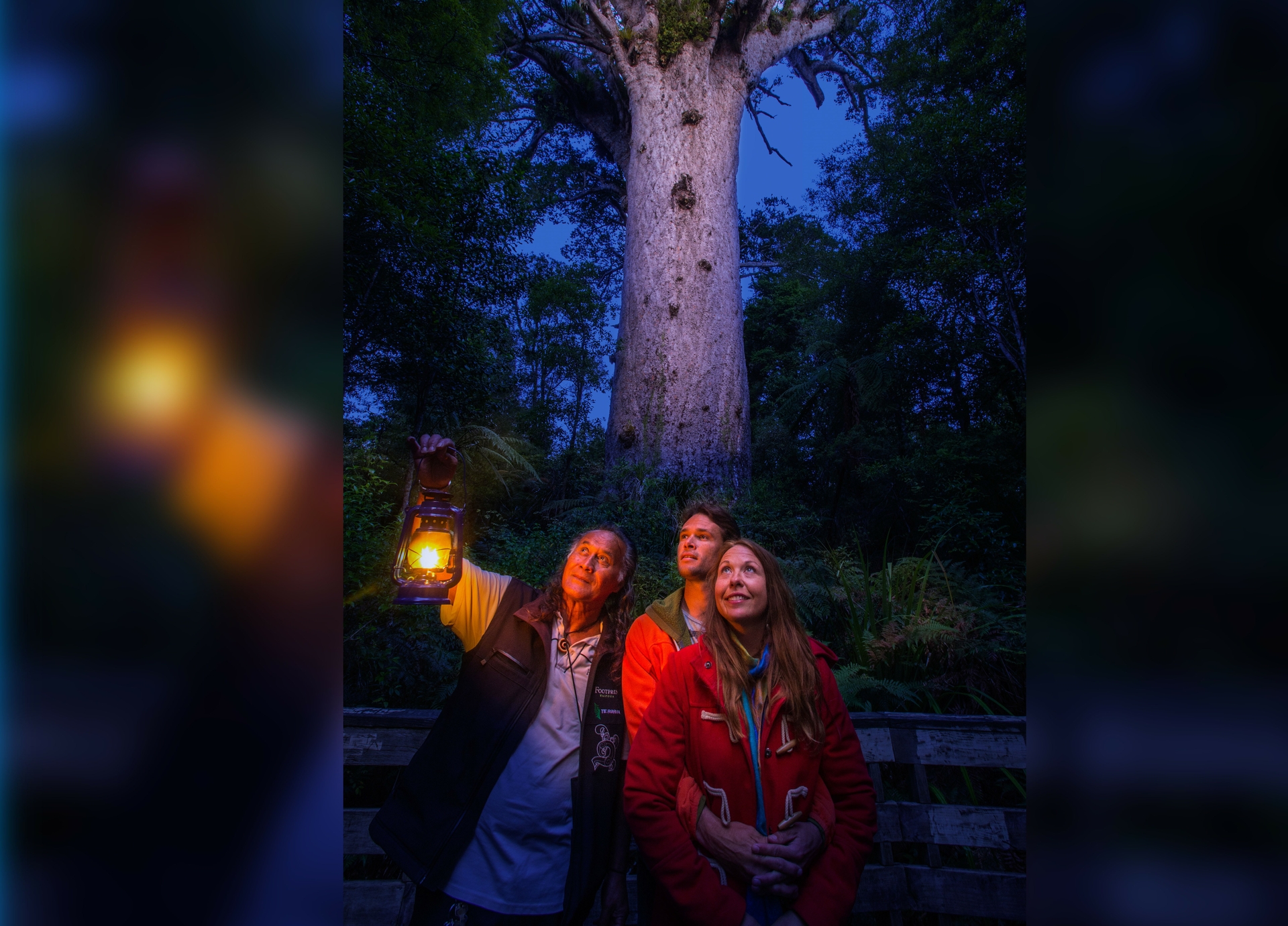 Deep in the North Island’s ancient Waipoua Forest stand some of New Zealand’s oldest and most sacred living legends – the kauri trees that Māori believes to be protectors of the forest.

Wait until twilight when local Māori guides will perform a traditional powhiri (greeting) and sing waiata (songs) before taking tours to meet two of their ancestors: the mighty Te Matua Ngahere (‘The Father of the Forest’) a tree estimated to be between 2,500 and 3000 years old and the impressive Tāne Mahuta (‘Lord of the Forest’), who at 150ft tall is New Zealand’s tallest kauri.

Tree hugging is optional but encouraged. 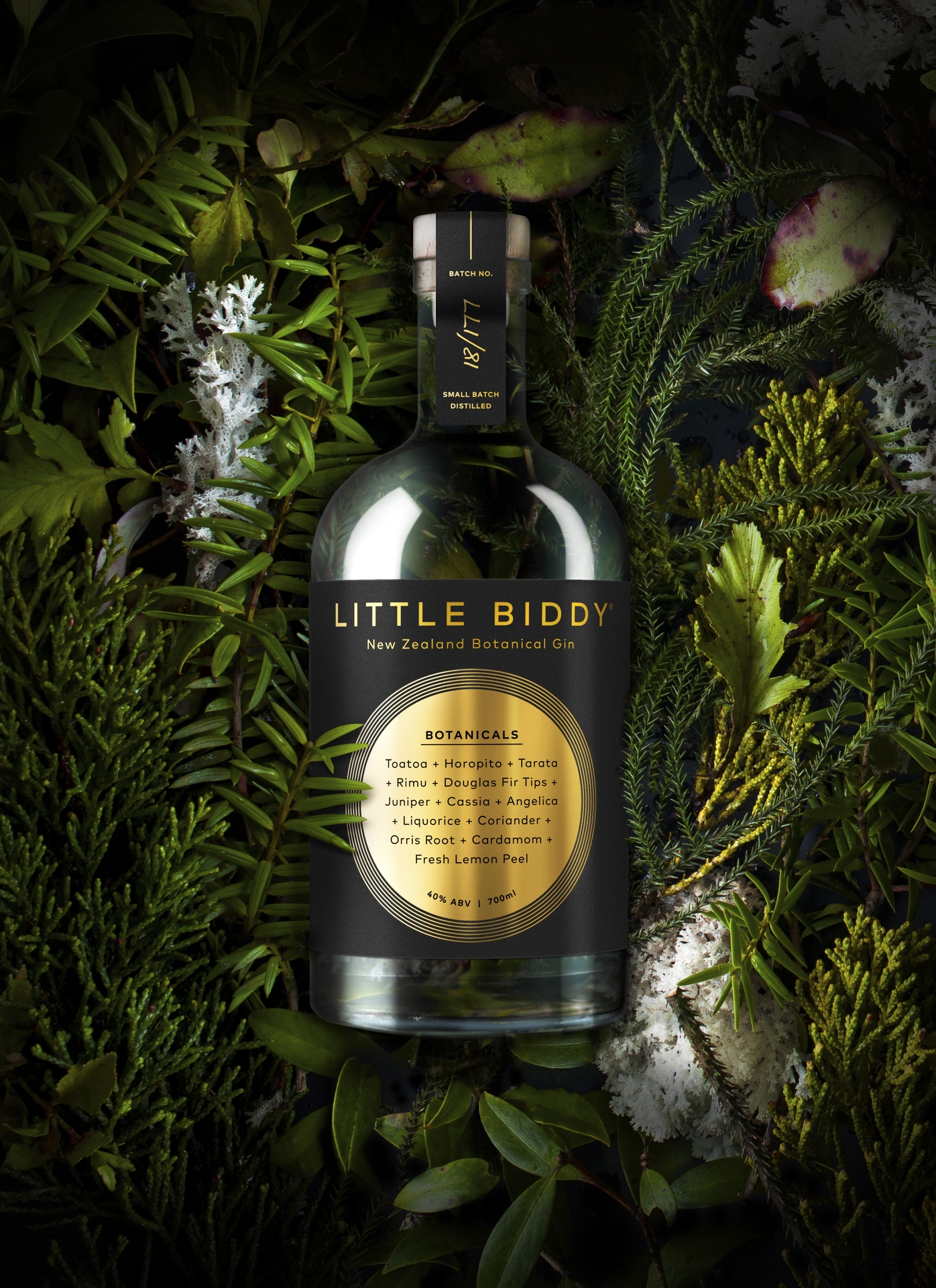 When Bridget “Biddy” Goodwin arrived in Reefton sometime in the 1860s, the four-foot-tall slip of a woman who favoured a pipe, soon found infamy as one of the region’s most colourful gold miners and enthusiastic gin drinkers. While Biddy may have drunk most of the profits from her gold panning, her spirit lives on in the Reefton Distilling Co., which has drawn on Biddy and other gold mining characters to build their unique brand of award-winning spirits.

Raise a toast to Biddy before being taken into the lush West Coast rainforest where Biddy once fossicked for gold. Historians Nigel and Steffan MacKay will demonstrate how to forage for native botanicals and the pure West Coast water that goes into making the distillery’s spirits. 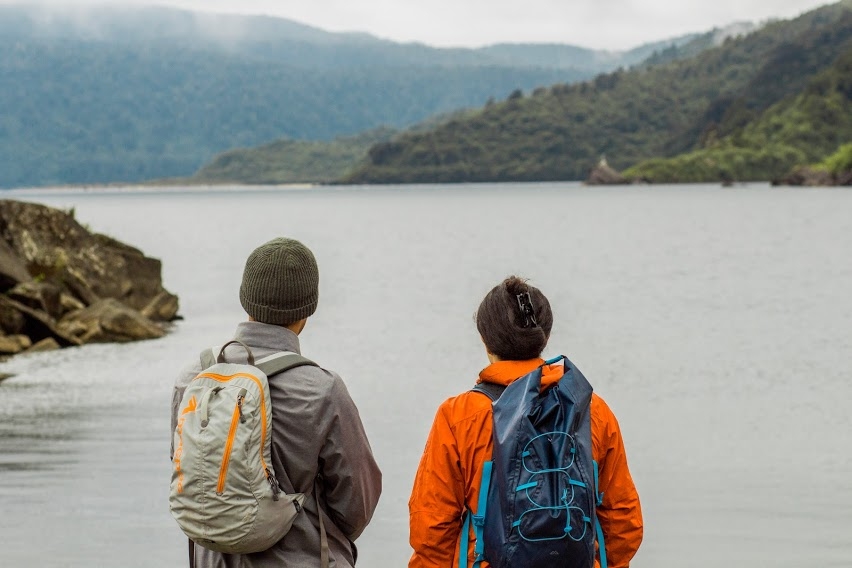 At three weeks old Hine McManus was carted off into the bush in her mother’s raincoat and since then has left only to attend work and school. That bush – Te Urewera – is one of New Zealand’s most isolated and pristine rainforests. Home to the Tūhoe people, it was the world’s first natural resource to be granted the same rights as a legal person.

McManus now acts as a Tūhoe guide through the 212,000-hectare rainforest, taking guests on treks lasting from three hours to four days where they can ride horses, fish, mountain bikes or visit Māori communities where fluent te reo Māori is spoken. Visitors can plant native indigenous trees, earning them status as Kaitiaki Tautoko, or honorary guardian of the forest. 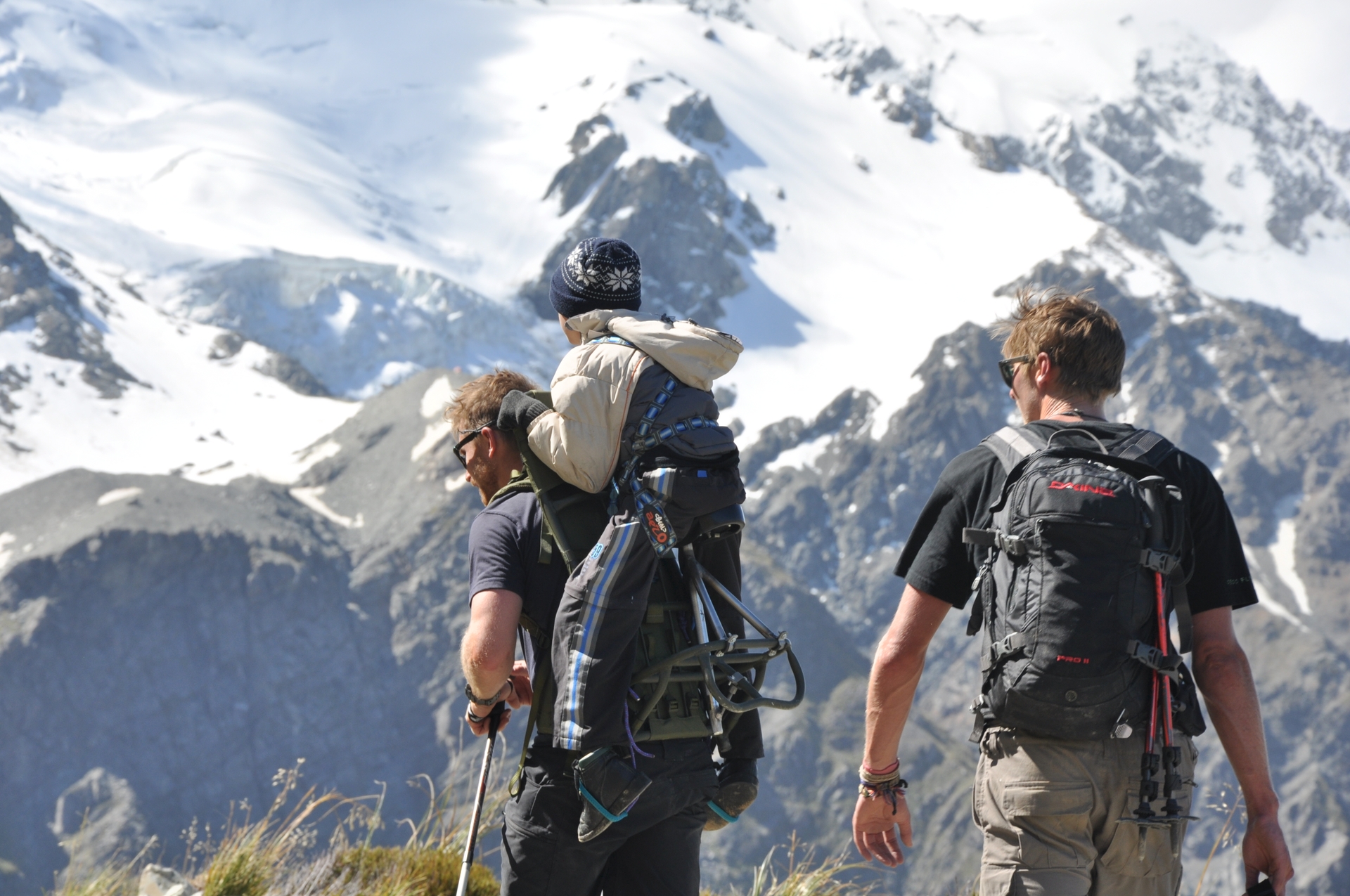 Jezz Williams was a guide leading a canyoning tour in the Swiss Alps in 2010 when he slipped and fell, breaking his neck and losing the use of his limbs. By 2012 he had started his own business, MakingTrax, which he describes as promoting “inclusive tourism”, helping adventure tourism operators make their activities accessible to all.

Using a network of disability-friendly local operators in the Nelson Tasman region, people with disabilities can take part in everything from a canyon swing, skydiving and white water rafting to traditional waka (Māori canoe) along the Abel Tasman coastline and helicopter trips to the famous Franz and Fox glaciers. Lending the land and experiences to be truly accessible to all. 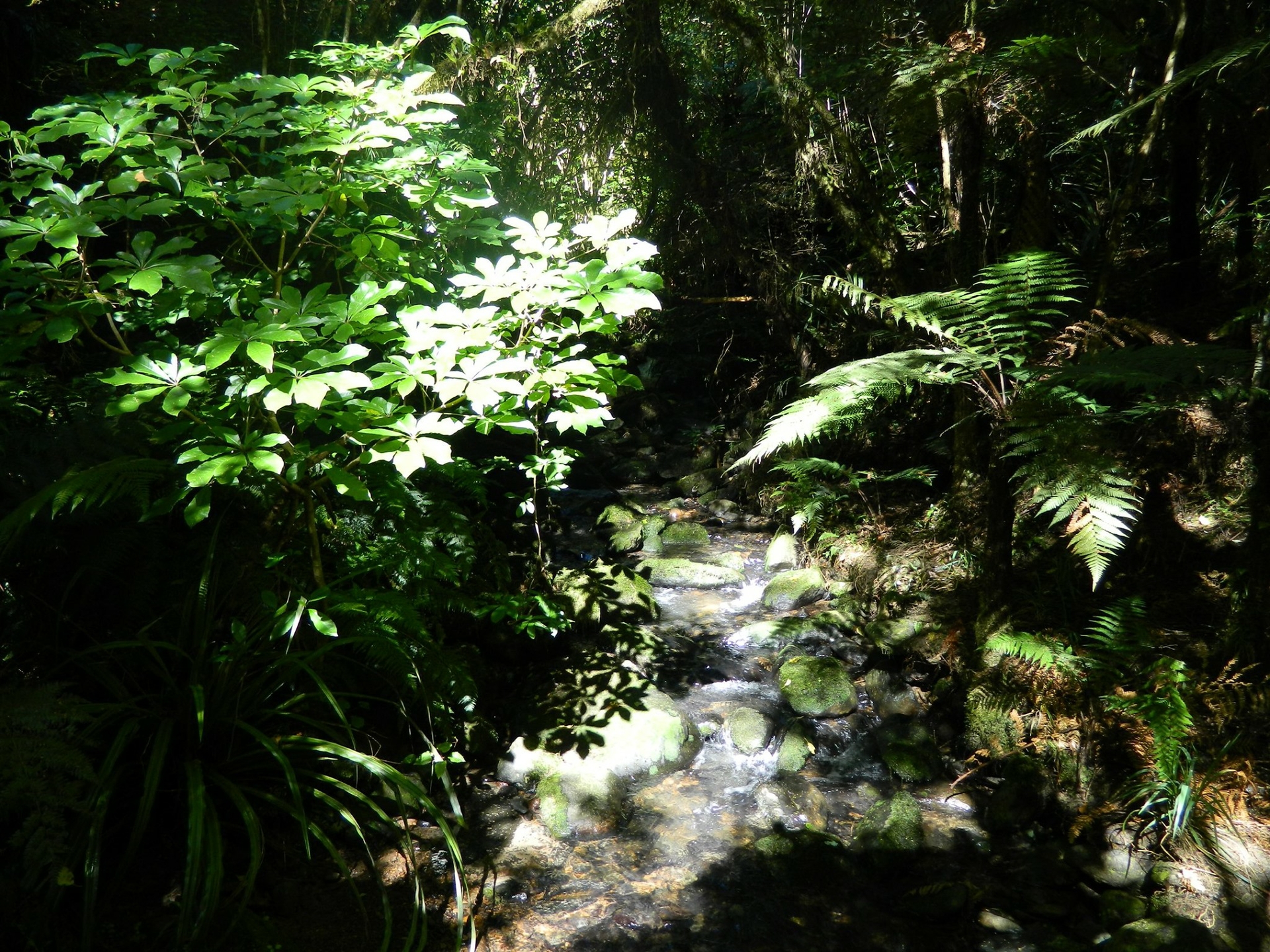 There are no phones or watches allowed on guide Hagino Baker’s forest bathing tour at Orokonui Ecosanctuary. “I am here to slow you down,” she says while leading guests deep into a 307-hectare nature and wildlife reserve north of Dunedin.

Two-and-a-half hours of listening, looking, touching and breathing in everything Orokonui’s ancient trees have to offer. Hagino gives the traditional Japanese practise a uniquely Kiwi touch, teaching forest bathers the Māori names for the many native plants and animals found in Orokonui and encouraging tasting of edible leaves and finishing with steaming cups of tea made from the native kanuka bush. 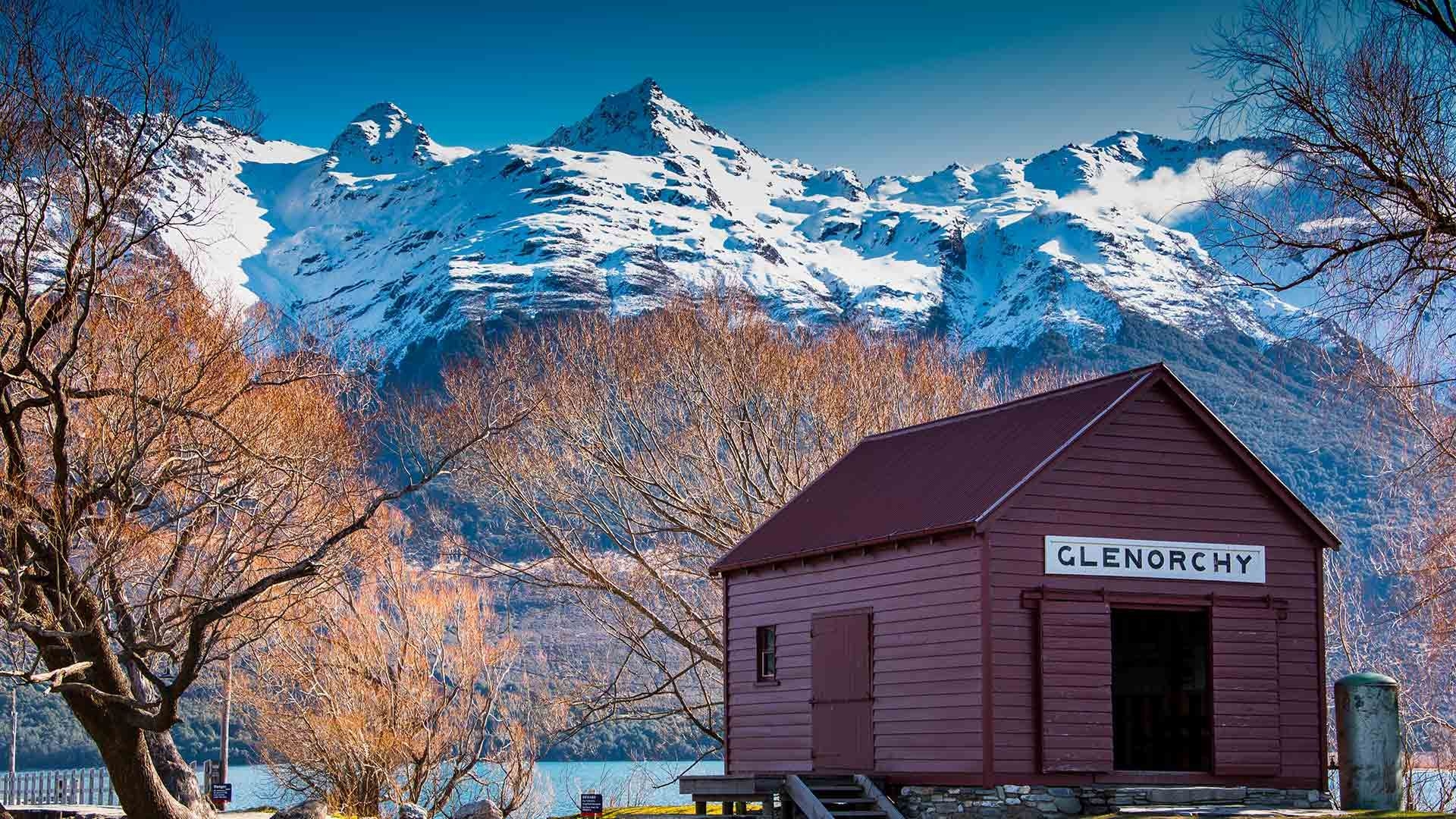 When Seattle philanthropists Paul and Debbi Brainerd first visited the Central Otago town of Glenorchy more than 20 years ago, they fell so deeply in love with the stunning natural landscape they decided to move there.

Recently the couple decided to give back to their adopted home town and bought a dilapidated campsite, rebuilding it as an ultra-green facility constructed mostly from recycled materials, powered with solar energy, and works from local artists incorporated throughout the site. Guests are encouraged to take part in yoga classes, sustainability tours and local food and wine tasting.