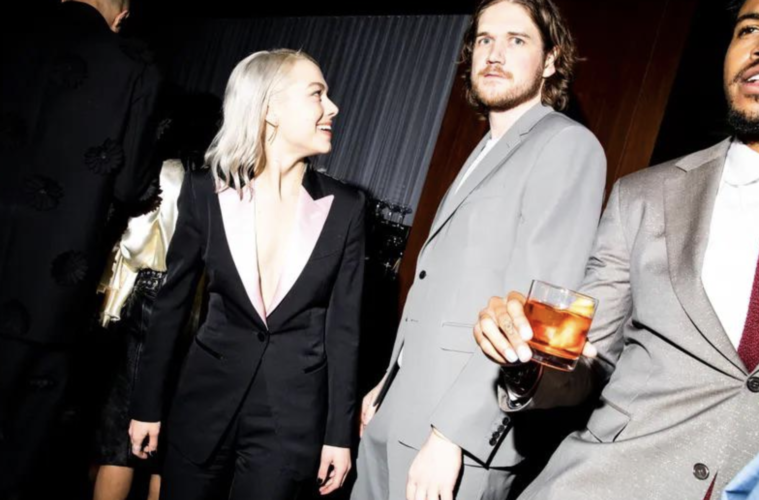 Are they or aren’t they?

Phoebe Bridgers and Bo Burnham may be in an alleged open relationship according to a recent post on Deux Moi. Check out the recent post from the site below talking about the latest hot gossip. 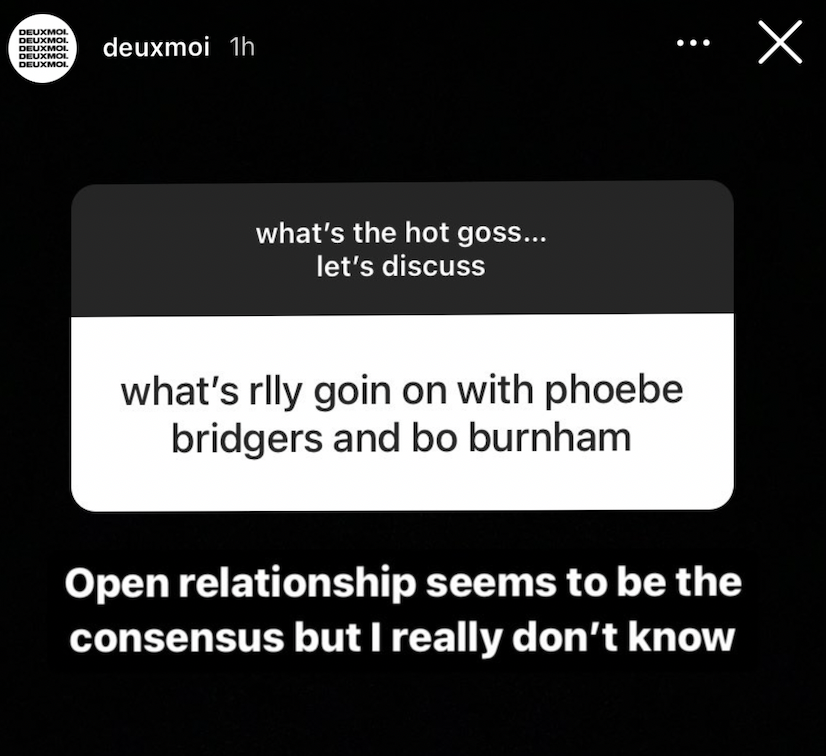 According to the Instagram story post, a user asked for a status update on Phoebe and Bo and Deux Moi replied, “Open relationship seems to be the consensus but I really don’t know.”American indie rock musician, Phoebe Bridgers, and American musician and comedian, Bo Burnham, have been seen together at recent events, sparking relationship rumors.

The two attended the GQ Men of the Year Party earlier this year. As well, they performed “That Funny Feeling” together on stage last year. 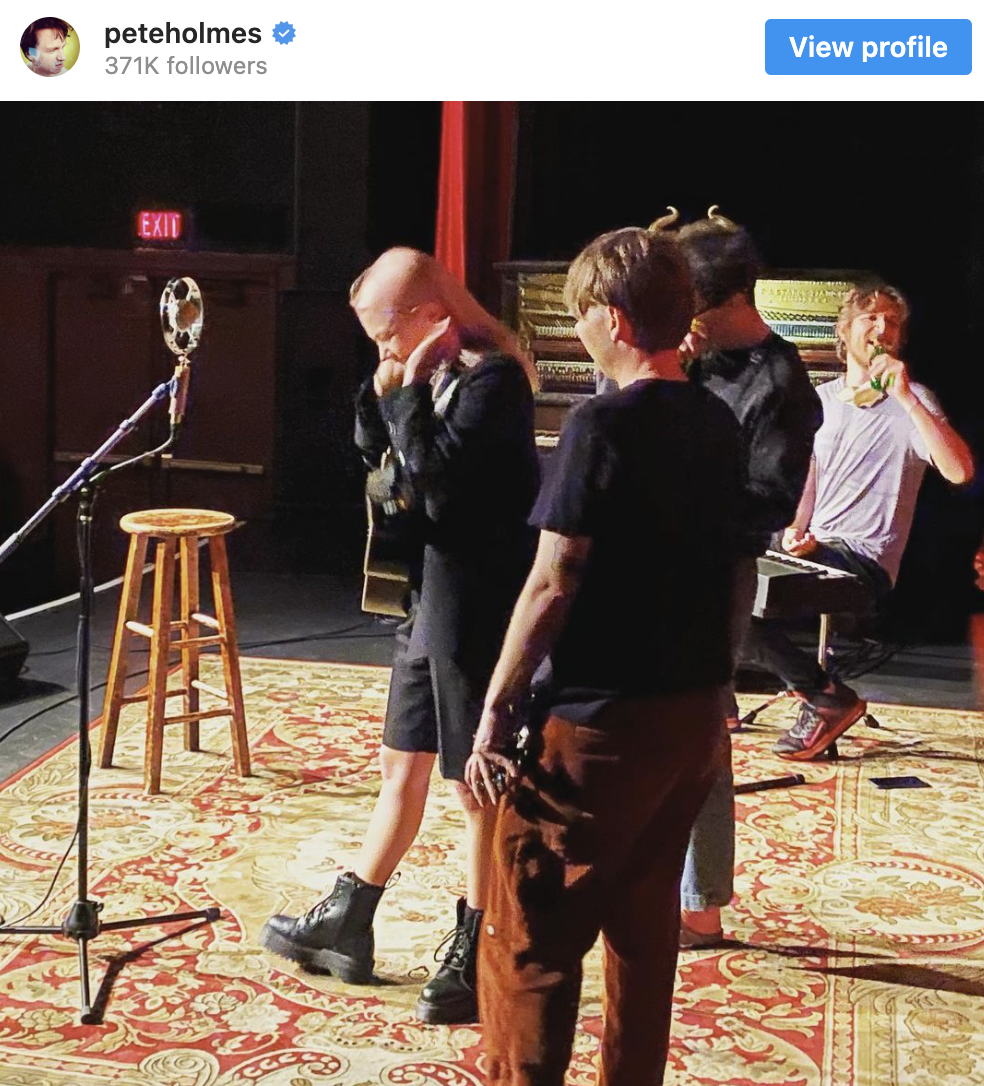 Reddit users hope the two collaborate again in the future but for now, it looks like we’ll have to wait and see if this spark between the two is in fact a full flame or just fizzling out.

We’ll be sure to update this page with any additional updates on their “are they or aren’t they” relationship so stay tuned!