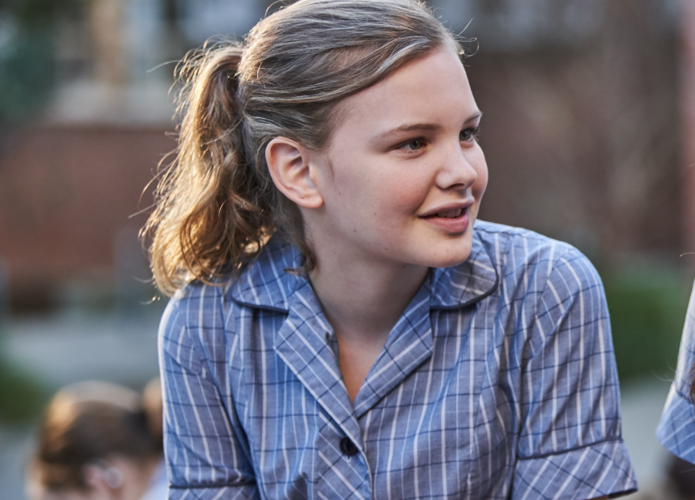 First Day (2020), the Australian miniseries about a trans girl beginning high school debuts on CBC Gem today, March 31st, available on the free-of-charge platform to Canadian users. The series and Evie Macdonald, the protagonist, made history as Australia’s first trans actress to be cast in a lead role in television, also about a trans girl. We watched the series to tell you all about it and why you should be watching it. 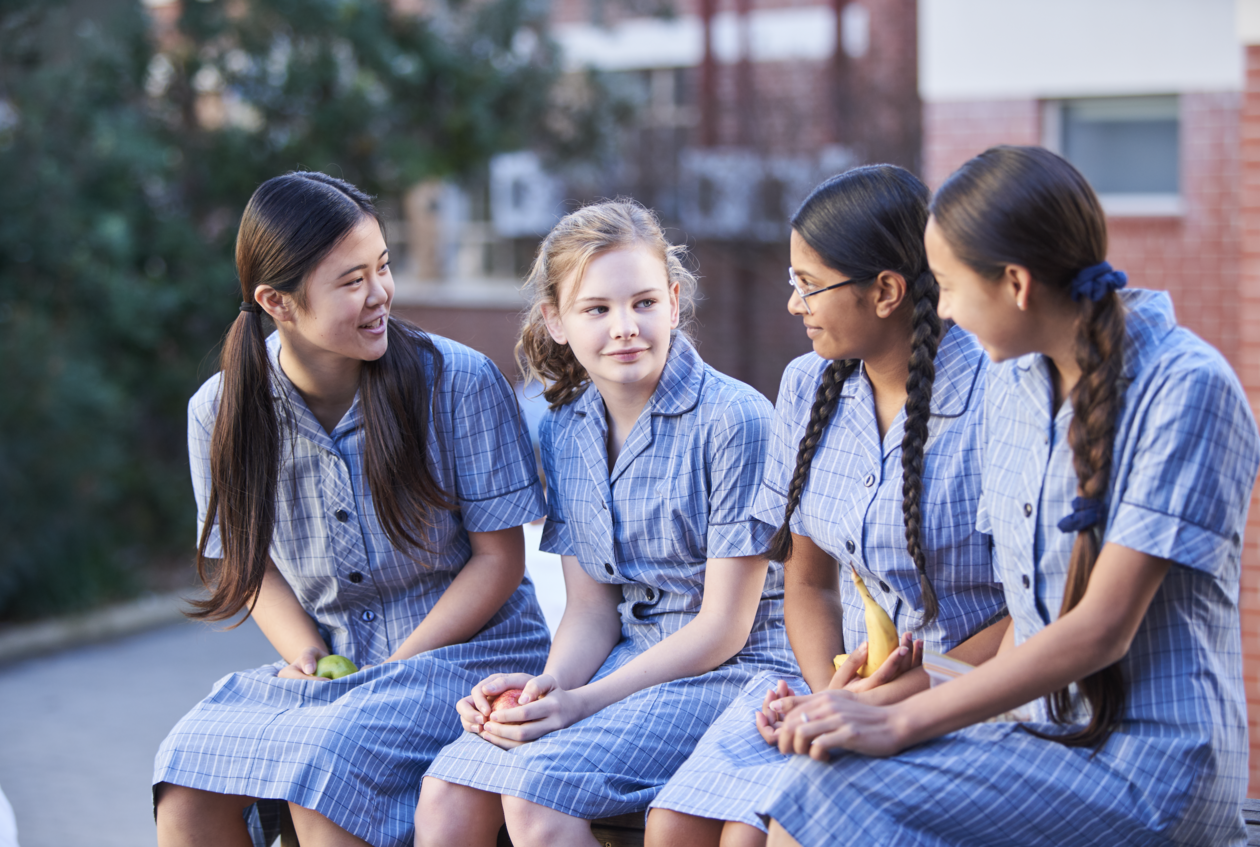 Originally, First Day was an 18-minute short film that premiered in 2017. In 2020, it was reformatted as a television miniseries of four episodes of 20-25 minutes each, directed by Julie Kalceff and commissioned by the Australian public broadcaster ABC. To ensure the final product authentically reflected the lives of trans children and their families, Kalceff created the script for the story with input from LGBT+ organizations such as GLAAD and Parents of Gender Diverse Children.

The miniseries begins with Hannah Bradford (Evie Macdonald) visiting what will soon be her new high school, now that she has outgrown primary school. In the latter, she felt imprisoned by her bullies who did not let Hannah be who she was in peace and were transphobic towards her.

Many children find the first day of school scary –as Hannah’s mother says, “The first day is always the hardest”– but the stakes are much higher for transgender children. Not only does Hannah have to adapt to a new school, but she wants to make sure that she is not made fun of because of her being trans.

Before her first day at high school, Hannah watches a YouTube tutorial from another trans girl for advice on how to approach this big day considering the challenges they face caused by discrimination. The YouTube tutorial makes the series feel timely and honest, she does not know how to proceed but she wants to find a way to be truly herself in this new environment.

As opposed to other series with trans characters, First Day is centered around Hannah. Most of those mainstream stories revolve around others’ feelings about the trans person’s transition and identity, like their parents or friends. However, First Day focuses on Hannah and is told from her point of view as she tries to find her place in her new school. 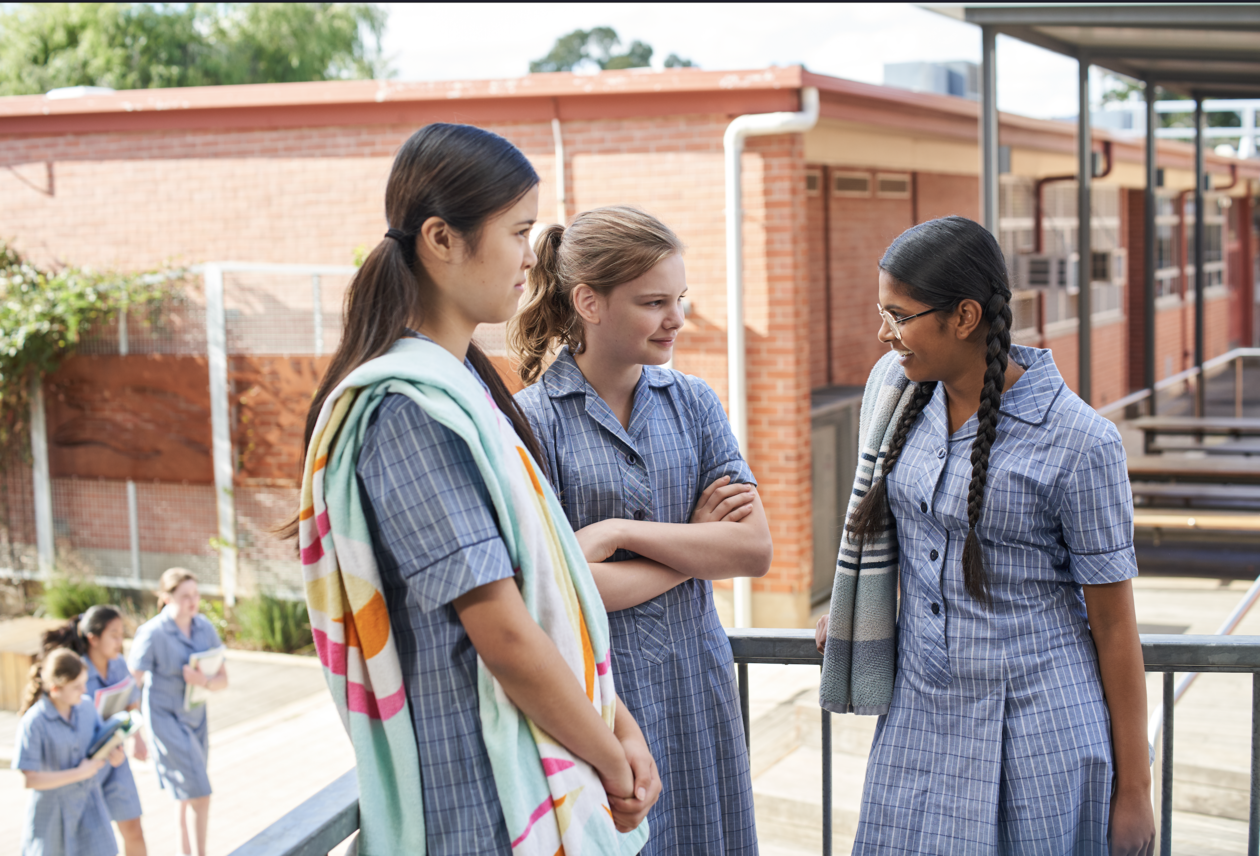 During the past year, the lives of queer youth have been one of the most affected due to isolation and quarantines, many having to go back to the unsupportive families and losing crucial contact with their chosen support systems. The miniseries aspires to empower such queer audiences in these trying times and to give a voice to anyone in the trans community who could be struggling or who could have struggled.

First Day thoughtfully shows the hardships queer youth has been likely to go through in school, more specifically trans kids. From issues with the administration and their bathroom policies which could inhibit Hannah’s experience at the new school, to bullying and exclusion because of her identity.

Trans and queer children are likely to see themselves reflected in Hannah due to how lonely she felt at primary school, the uncertainty of meeting new people who have yet to find out about your queerness thus you don’t know how they will react, and how lonely it made her feel to keep the secret from her new friends.

The miniseries does a good job at capturing the bluntness of children with topics like this, and the anxieties society can embed on queer children. Ultimately, the story is about acceptance, loyal friendships, and familial love. First Day can help inspire hope and show understanding to anyone who needs it because the present can often feel grim when living in an unwelcoming society, but the future can always be bright and rewarding.