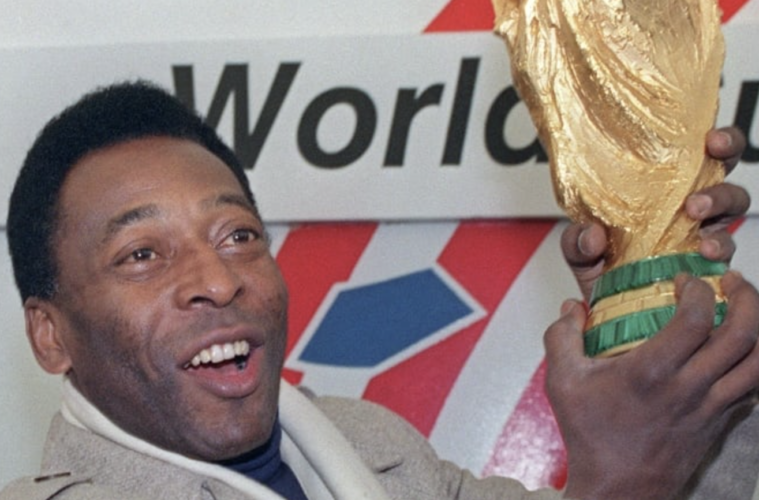 Pelé, the Brazillian soccer legend, is dead at 82 after a battle with colon cancer.

Soccer fans around the world are mourning the loss of soccer legend, Pelé, who just died at the age of 82 after a battle with colon cancer.

As mentioned in this article, Pelé “won a record three World Cups” and has gone on to become one of the most influential ambassadors of the sport. The article also goes on to mention that “His agent Joe Fraga confirmed his death.”

Pelé will forever be remembered as one of the world’s greatest soccer players, and he was referred to as “The King.” He was integral to the teams he played with, and was the youngest player ever at the World Cup tournament in 1958 when he was first introduced.

Pelé spent almost 20 years with the Brazilian club Santos as well as the Brazil national team.

Modern-day soccer star Cristiano Ronaldo took to Instagram to express his condolences, offering a heartfelt message and accompanying photo to remember The King. 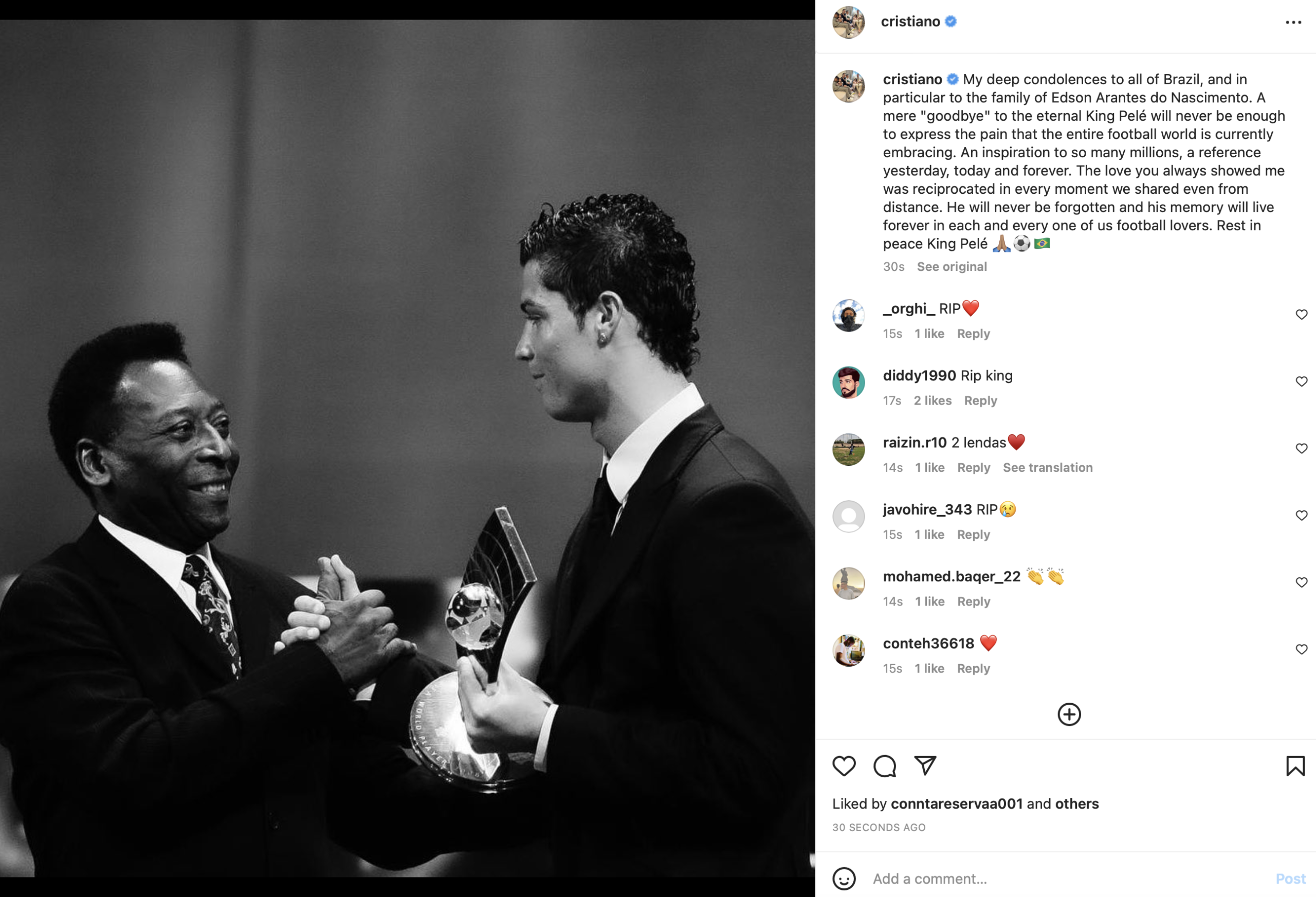