They say behind every successful man is a woman pulling the strings. In Prince Harry’s case, his clothing strings are also being pulled by himself probably. How exactly does he carry himself on the streets?

Surprise surprise, Prince Harry doesn’t spend his time in the palace living the luxury life 24/7. The shocking thing is, he does take the streets now and then. His smile and wave to the camera is one thing that stands out when the cameras are flashing in his face. And because he is royalty, he can’t be too extravagant with what he wears out in public.

It would be interesting to see what Prince Harry’s style would be if he wasn’t who he was. It really doesn’t allow him to push himself in the fashion category. Instead, he looks good by keeping it simple: By keeping it dapper and clean, just how you would imagine a prince to be. However, he does like to mix it up here and there.

Let’s check out some of Prince Harry’s outfits on the street. 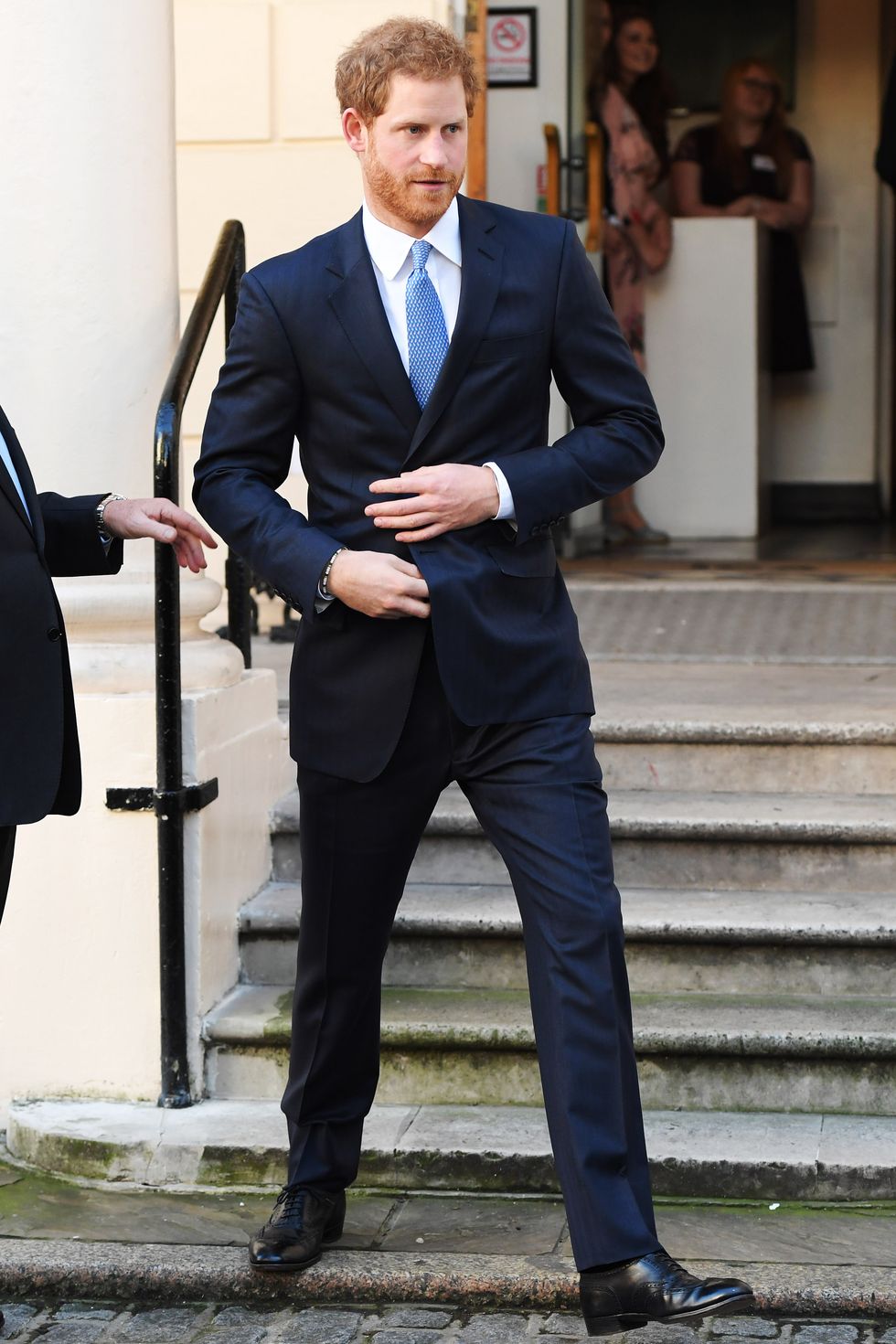 No, that title is not because the Duchess of Sussex, Meghan Markle was in the TV show. It’s because suits are a a staple of someone like Prince Harry. Even if you’re on the street, there is no ‘right’ place to rock a custom fit suit. Over here, we have Prince Harry in a perfectly fitted suit. The evidence of the fit is in the slim pants and blazer that looks perfect on his torso. The navy blue suit is contrasted with the white shirt, along with the lavender tie with some patterns on it. There is a lack of accessorise on Prince Harry, although I’m sure there is a watch hiding there somewhere. On his feet are regular black leather shoes with pointy toes. Ever since Prince Harry turned Meghan Markle into the Duchess of Sussex, it’s hard to find him by himself. The prince is looking good as always in this formal, but unique look. He has gone for a white collar shirt underneath a purple crew-neck sweater (or jumper as the Brits like to call it). The white shirt appears to be tucked into the grey skinny pants that fall on on his purple chukka’s with the same colour laces. On top of the purple sweater is a grey topcoat, a famous winter coat perfect for formal wear. And of course, the colour palette is matching with Markle’s. 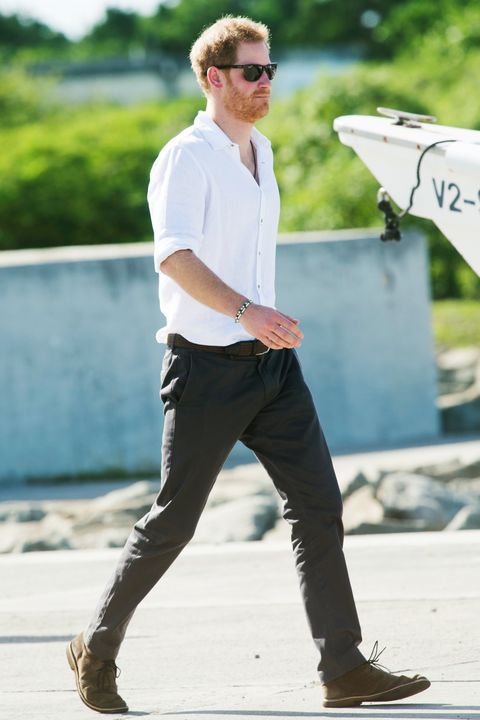 We told you Prince Harry likes to mix it up sometimes. Seeing royalty in such casual attire is a rare sight to see, and it takes some getting used to. However, as always, someone as noble as Prince Harry always does it right. It’s a bit of a messy look going on here, but it works. Prince Harry is rocking the white collared shirt tucked in a clumsy manner with bits sticking out. He has gone for a pair of green skinny pants and brown chukka’s because he loves those. This time, he has accessorized himself with a silver chain, a belt, and black shades. This is as casual as it gets for the prince I’m afraid.

Which look do you prefer the most?