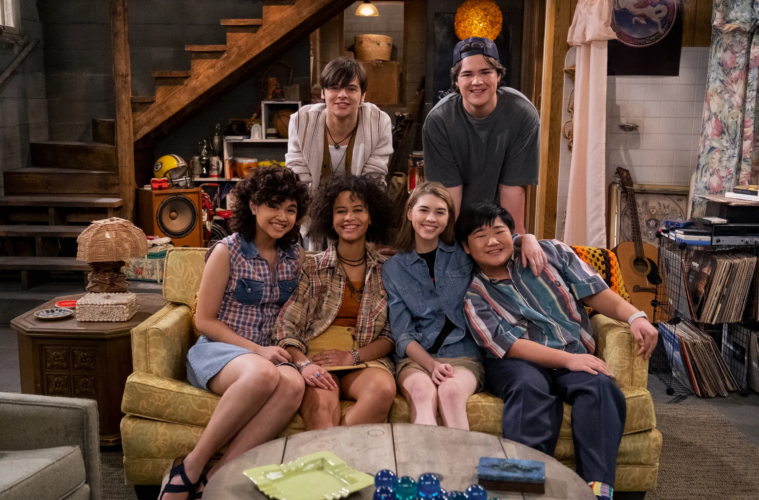 Netflix brings back the fans into ‘That 70s Show’ basement after revealing its spinoff sitcom sequel ‘That 90s Show’ full official trailer on Thursday, December 22, 2022.

The 10-episode continuation of That 70s Show will debut on Netflix on January 19, 2023. The trailer of the highly anticipated Show opens up with Kitty’s enthusiastic hosting preparations to welcome Eric and Donna’s daughter Leia Forman (played by Callie Haverda), who came to visit her grandparents in Point Place, Wisconsin, in the summer of 1995 and decided to stay with her new friends, and ends with the typical ‘Red’ response, “That is a great idea. Because when you stand behind your kids, it’s easier to put your foot in their ass.”

Leia Forman arrives at Point Place and meets the new generation starting with the rebellious Gwen (Ashley Aufderheide) and her friends, including her brother Nate (Maxwell Acee Donovan), his girlfriend Nikki (Sam Morelos), Ozzie (Reyn Doi), and Jay (Mace Coronel). That’s when she realizes that her grandparents’ neighborhood might hold the adventure she desperately wants. Leia then convinces her parents to stay the whole summer as the new chapter of That 70s Show basement unfolds, full of third-generation teens. Moreover, Leia seems to embark on a romance with the charming Jay- the son of Kelso and Jackie (a real-life married couple). 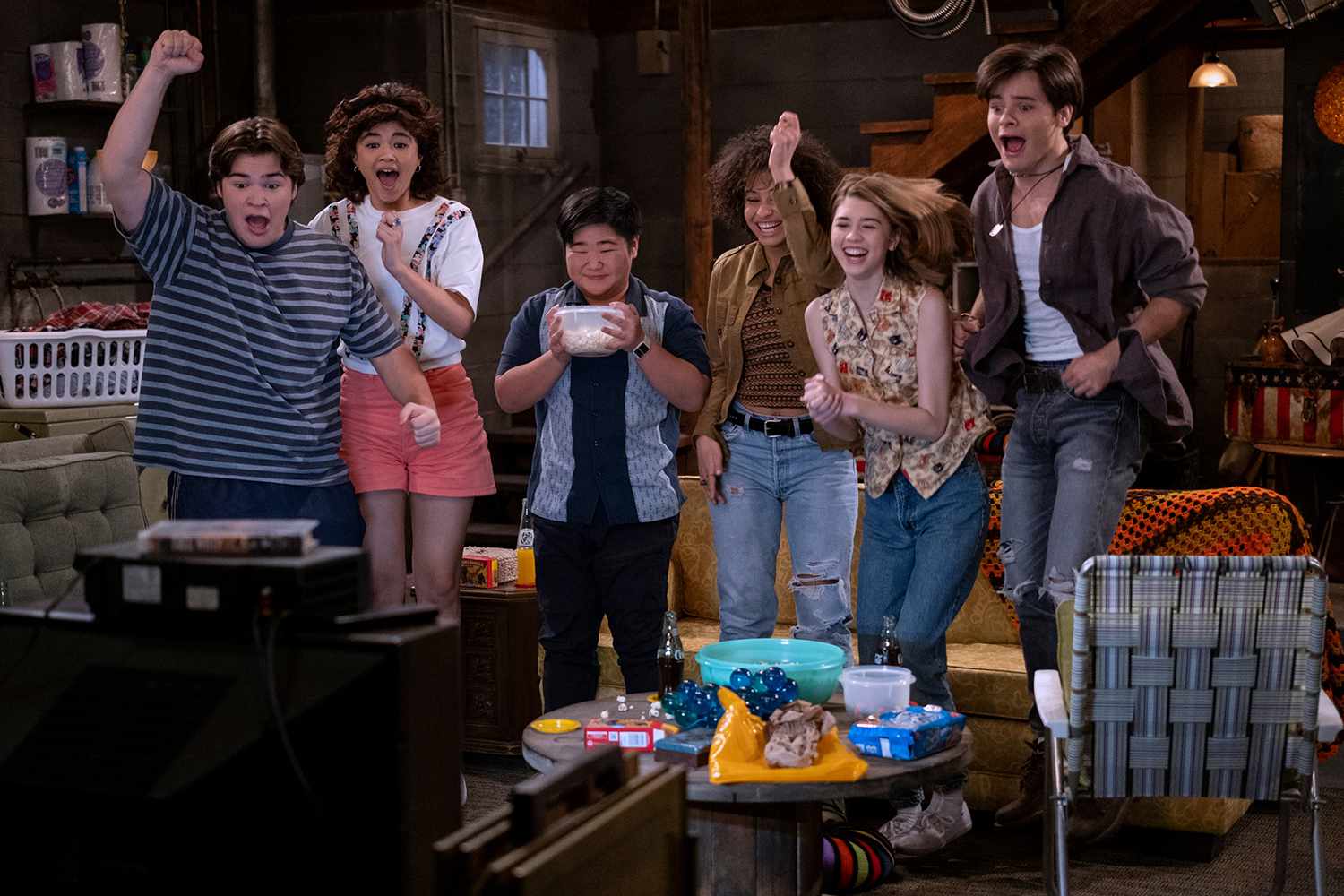 That 90s Show gang will take over the basement hangout, high school drama, first love stories, and the classic “circle.” 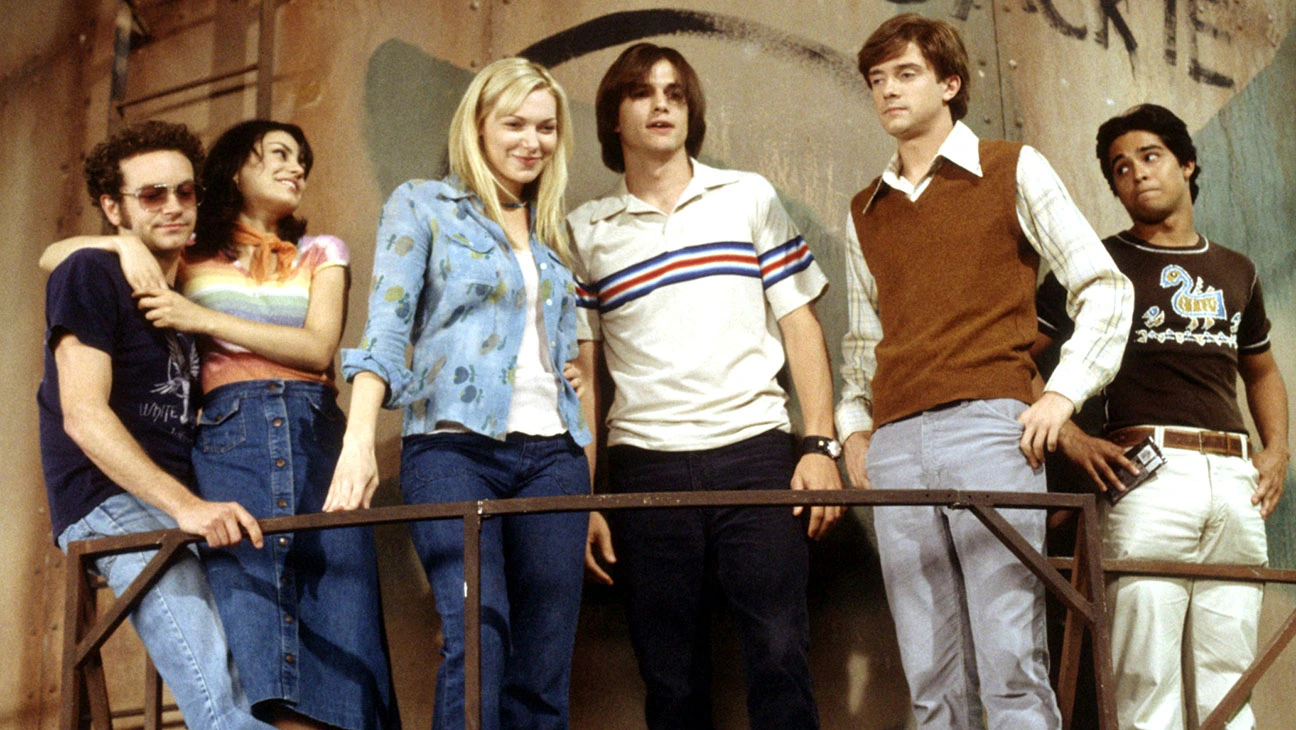 The 70s-themed sitcom was aired from August 23, 1998, to May 18, 2006. The 2nd generation of Formans, Eric Forman, bonded with his squad in the basement in the small town of Point Place, Wisconsin, “where nothing ever happens.” The basement’s hangout ritual was the catalyst for these teens to sneak out on adventures and defy their parents until they reached adulthood.

To recall the last two seasons (7-8), Eric left his hometown after graduating high school to Africa to pursue a teaching career after leaving Donna behind on their wedding day, his friends, family, and Vista Cruiser. Later, Kelso accepts a new job in Chicago to stay closer to his daughter Betsy. Hyde and Jackie break up then she unexpectedly falls in love with Fez. Donna becomes single after Eric’s departure and gives Randy a chance, who was hired at Hyde’s record shop- that his biological father gave him.