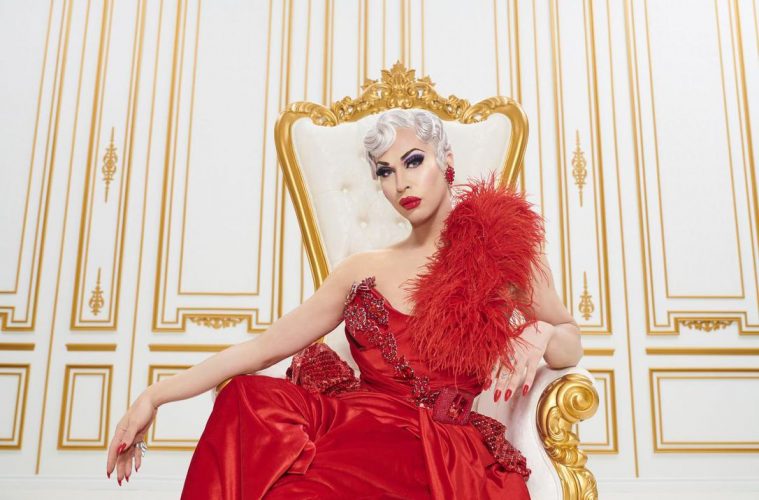 An epic rap battle for which nobody was sorry highlighted tonight’s episode of CANADA’S DRAG RACE on Crave.

But one rapping queen was asked to “wrap it up” by resident judges Brooke Lynn Hytes, Jeffrey Bowyer-Chapman, and Stacey McKenzie, who were joined this week by guest host Deborah Cox. That leaves nine queens still vying for the title of “Canada’s First Drag Superstar.” 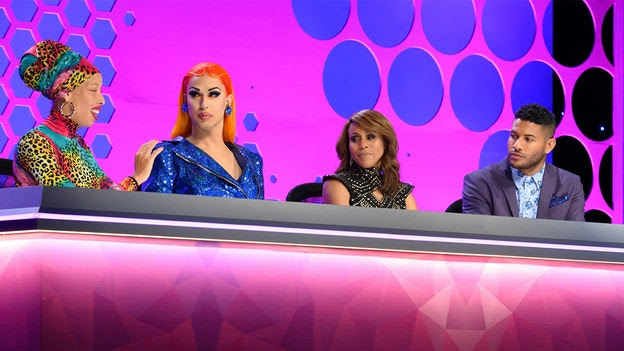 Canada’s Squirrel Friend, Traci Melchor, entered the fray as the queens became morning newscasters in the “Canada Gay-M” mini-challenge. Delivering the news in teams of two, and in three languages – French, English, and Drag-lish – Priyanka and Lemon were the juiciest journalists, and thus were named team captains for the “Not Sorry Aboot It” maxi-challenge.

Guest producer RALPH and guest choreographer Hollywood Jade helped prepare the queens – as much as possible, anyway! – for the super shady rap battle, in which the queens wrote trash-talking lyrics aimed at the girls on the other side. That was followed by a hair-focused runway competition before the judges huddled to deliberate.

Priyanka notched her second win of the night in the maxi-challenge, but Tynomi Banks – for the second week in a row – and Anastarzia Anaquway lip-synched for their lives, to Cox’s own “Absolutely Not.” The strong and brave Anastarzia Anaquway was asked to sashay away. 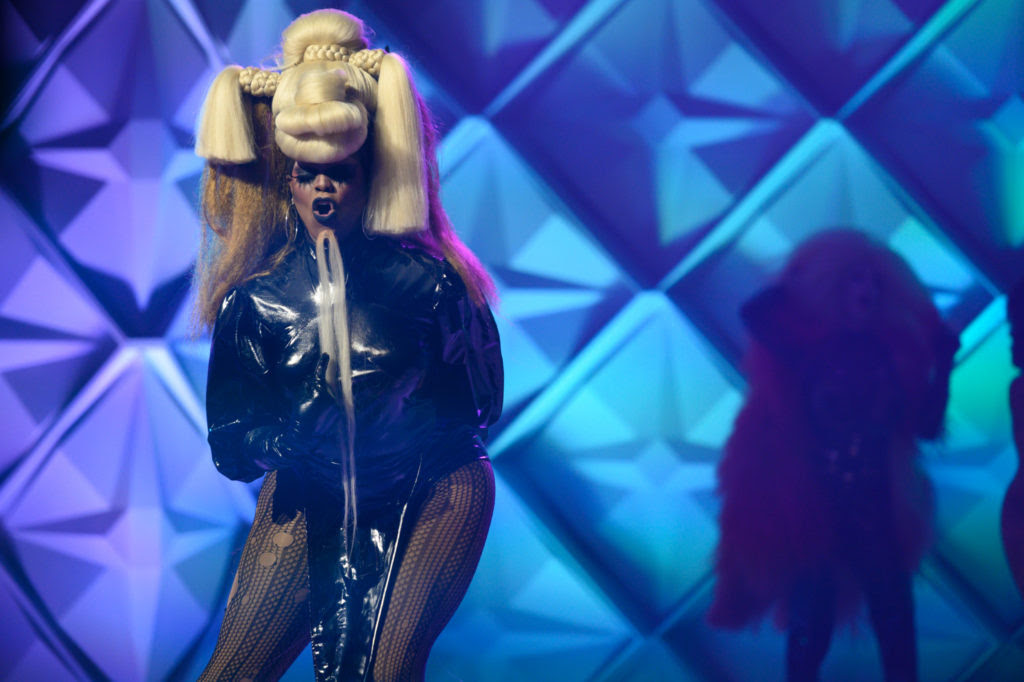 With another new episode of CANADA’S DRAG RACE coming up on Thursday, July 23, at 9 p.m. ET on Crave, here’s what Anastarzia Anaquway had to say about her time on the show:

ANASTARZIA ANAQUWAY: “The singing, the rapping, it’s legit not my thing. I’ve never had to do it outside of singing in the church choir growing up. And the spin on it was, we weren’t singing, we were rapping. I’ve never rapped a day in my life! It took me so far out of my comfort zone. And even though I have a very, very brief background in dance, I’ve never danced in heels before. It definitely took me for a spin. But it was fun. When we got on the stage and brought it all to life, we had a good time.”

Q: Looking back would you have done anything differently with your runway look?

ANASTARZIA ANAQUWAY: “Yes, I definitely would change so much about it. One, I would invest more time in my Cousin Itt look. And the front look was originally not supposed to be Chun Li from Mortal Kombat. It was supposed to be Morticia Addams. So the entire look was supposed to be from THE ADDAMS FAMILY. Chun Li was something I came up with literally at the last minute, because Morticia Adams was incomplete to my liking.”

Q: So ultimately, you kind of ran out of time.

ANASTARZIA ANAQUWAY: “You know, the thing about DRAG RACE is, EVERYTHING is about timing. In many instances, I think a lot of people run out of time.”

ANASTARZIA ANAQUWAY: “That is something that just came out of the conversation in the werkroom. I think it was Kiara who turned to me, and I was like, ‘Girl, why are you asking me that?’ But you don’t want to come across as rude on the show. So you just start answering it. You start talking because this is what werkroom banter is really about, and sometimes emotional things come out. We expose ourselves. The thing I hate most in life is being vulnerable. I absolutely hate it. So I would not have intentionally opened myself up to the world. It totally came out of left field. But that’s the great thing about this show. Yeah, everybody wants to laugh, we all want to be entertained, we all want to be funny. But there are some raw, unedited, authentic moments, and that’s what makes the show so great.”

Q: As you exited, you said, “I may not have won, but I conquered.” Can you elaborate?

ANASTARZIA ANAQUWAY: “The thing with that statement is, DRAG RACE provides this huge platform. Out of an entire country, 12 of us were chosen. No matter where we fall in placement, we’ve all won. There are so many opportunities that already have started coming in. I can imagine that once the entire season airs, the opportunities are going to blow our minds. And I am truly grateful that I got to walk this journey with these 11 queens, because we formed a sisterhood like none other. I absolutely adore that.”

Following each new episode of CANADA’S DRAG RACE, audiences are invited to unpack the events that just transpired with ETALK’s new digital series CAN WETALK ABOUT… presented by MADE | NOUS. Streaming live on Twitter, Thursdays at 10:30 p.m. ET on @EtalkCTV, ETALK Senior Correspondent and Canada’s Squirrel Friend, Traci Melchor, and iHeartRadio’s Meredith Shaw, debrief on the episode and chat with the night’s eliminated queen about her experience and all the gasp-worthy, her-storical moments. The series will also be available the following day as a podcast on iHeartRadio Canada and everywhere podcasts are found.