The Rolex Milgauss Collection: Not Just for Scientists

Over the decades, Rolex has released multiple series of watches, which were specifically meant for professionals across different fields of work. For example, the Submariner and the Sea-Dweller series were created with deep-sea divers and sea-explorers in mind, while the Air-King was a masterpiece, made for those in aviation. A Rolex Cosmograph Daytona, on the other hand, was built for speed and motion, dedicated to the drivers and riders of the racing world.

Out of all the professional watches that Rolex has released over the decades, the Milgauss series is the only one they dedicated to scientists, and it is considered by many to be one of Rolex’s best creations. As we dig deep into the history of the legendary Milgauss series, it should become more apparent as to why the watches in this series are as perfect for scientists, as they are timeless masterpieces for anyone who values watchmaking of the highest possible standard. 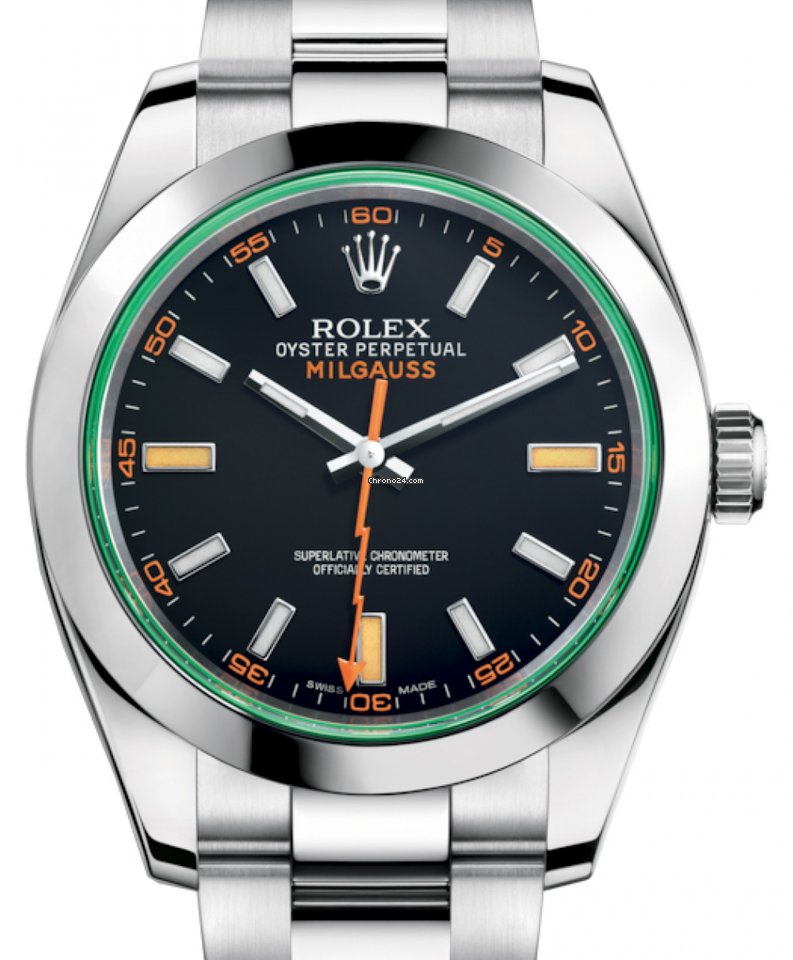 Origin of the Rolex Milgauss

The Milgauss series was launched by Rolex back in 1956, and the sole model in that series back then was the first Milgauss watch ever introduced to the public, aka the Rolex Oyster Perpetual Milgauss, ref. 6451. While it was available for public purchase even back then, the Milgauss has incredible properties that made it the ideal luxury watch for researchers and workers in nuclear power plants, research labs, and in diagnostic rooms with machines that generated high levels of radiation or magnetic fields.

What Made the Rolex Oyster Perpetual Milgauss, Ref. 6451 So Special?

As one would expect from one of the most respected names in luxury watchmaking, the Milgauss, ref. 6451 was not a marketing stunt, but it was, by all means, a scientific masterpiece, created to aid the scientific community. Rolex catered to a specific problem faced only by the aforementioned scientists and their associates, by releasing the Milgauss, with its antimagnetic properties.

No watch would work properly back in the 1950s if there were electromagnetic fields in range with strengths higher than 50-100 gausses. The antimagnetic Milgauss series by Rolex completely overcame that barrier, and scientists could finally stay aware of the time, even while working in areas with high EMFs. As a matter of fact, the technology used in ref. 6451 by Rolex was so advanced that the European Organisation for Nuclear Research, or CERN, decided to put the premium timepiece’s antimagnetic capabilities to a properly controlled, verifiable lab test.

Results yielded from the test clearly showed that the Rolex Milgauss could indeed stay unaffected, even if the EMF was raised to 1,000 gausses or even higher. This was unheard of for any civilian grade mechanical or electrical equipment back then, which showed the world that Rolex was not just a premium watchmaker, but they were also ahead of their time in terms of technological development. Keep in mind that there aren’t too many watches even today that can resist high electromagnetic fields, and it has been more than six decades since the Rolex Gauss came out.

Even though it weighed just 157g, Rolex somehow managed to put in that powerful antimagnetic shield within the 904L, industrial grade, corrosion-resistant stainless-steel frame. Soon, CERN scientists began to sport Rolex Milgauss watches themselves, as seen for the first time in Geneva and quite regularly from that time onwards.

The History and Accuracy of the Name Milgauss

As the aforementioned CERN test proved later, the Milgauss ref 6451 could tolerate at least 1,000 gausses of energy from electromagnetic fields, without being affected in the slightest by it. Surprisingly enough, this meant that Rolex was spot on with their naming as well, since Milgauss is quite literally the Latin translation of 1,000gauss (mil = 1,000 + gauss; the unit of EMF measurement)!

The Right Rolex Milgauss for You: Style Beyond Science

The entire Milgauss series of watches from Rolex reflect an impeccable combination of style, vintage Swiss watchmaking, and scientific brilliance. It doesn’t even matter whether you are a man of science or not; just look through The Milgauss by Rolex collection on the CHRONEXT website and you will probably fall in love with the Z-blue oyster almost immediately. This one has an electric blue dial, a unique and exclusive colour which you cannot find on any of the other models from Rolex. The white hour and minute hands emit a bluish glow to help keep the time even in complete darkness, and the self-winding mechanism is powered by Rolex’s own, proprietary Calibre 3131. However, we recommend browsing the entire collection of Milgauss watches on Chronext first, before making a rash decision.

Not only do they carry the latest entrants added by Rolex into the Milgauss series, but Chronext has vintage releases available in their huge collection, which are not manufactured anymore. A Rolex is always going to be an expensive investment, so it only makes sense that you at least take a look through all your options before choosing the right Rolex Milgauss for you.