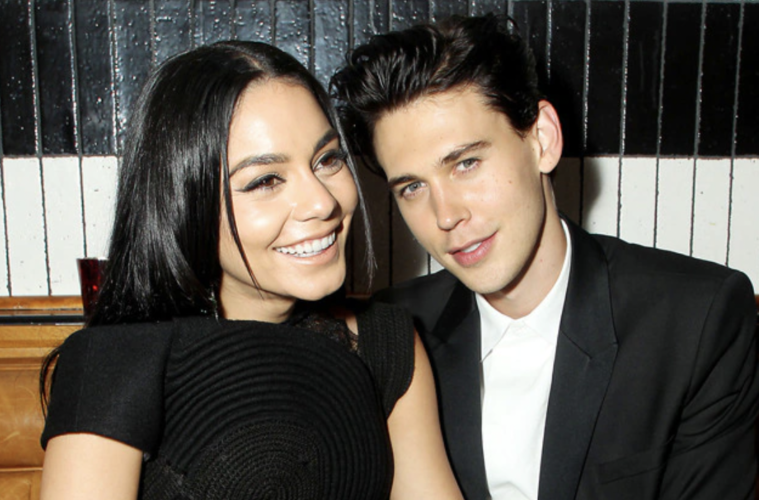 Drama alert! A resurfaced clip of Vanessa Hudgens talking about manifesting the role of Elvis for Austin Butler is making headlines as Butler avoids mentioning her in a recent roundtable discussion.

Uh oh! Austin Butler is refusing to mention Vanessa Hudgens by name or even acknowledge that they dated in a recent clip describing how he got the role of Elvis.

Hudgens and Butler dated for over 8 years before breaking up in 2020. Fans were shocked to see the two go their separate ways.

As outlined in this article, Hudgens first spoke about considering Butler as Elvis back in 2019, when she said, “It’s so crazy because last December, we were driving along and we were listening to Christmas music, and then an Elvis Presley Christmas song came on. He had just dyed his hair dark — he’s a natural blonde — and I was looking at him and he was singing along and I was like, babe, you need to play Elvis.”

Hudgens was totally team Butler when it came to casting Elvis!

However, in a recent clip featuring Colin Farrell, Brendan Fraser, Jeremy Pope, Ke Huy Quan, and Adam Sandler for the Hollywood Reporter’s Actors Roundtable, Butler recalled his interest in playing Elvis. Fans were quick to notice that the star made no mention of Hudgens in looking back at how it began. “So I was looking at Christmas lights, and there was an Elvis Christmas song on the radio. I was with a friend of mine and I was singing along, and my friend kind of looked over at me and goes, ‘You gotta play Elvis,’” he stated.

A friend?! Fans were shocked to hear that the star didn’t even address Hudgens as an ex-girlfriend. The two dated for over 8 years! As of right now, neither Butler nor Hudgens have addressed the “friendly” statement.

What do you think about Butler’s statement?