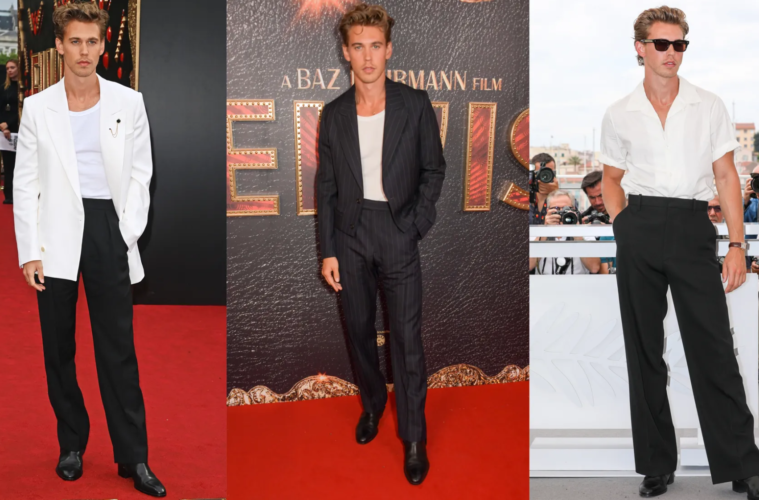 Now that Austin Butler is playing the “King of Rock and Roll” in Baz Luhrmann’s Elvis, we have a reason to analyze some of his simple, yet memorable fashion moments. 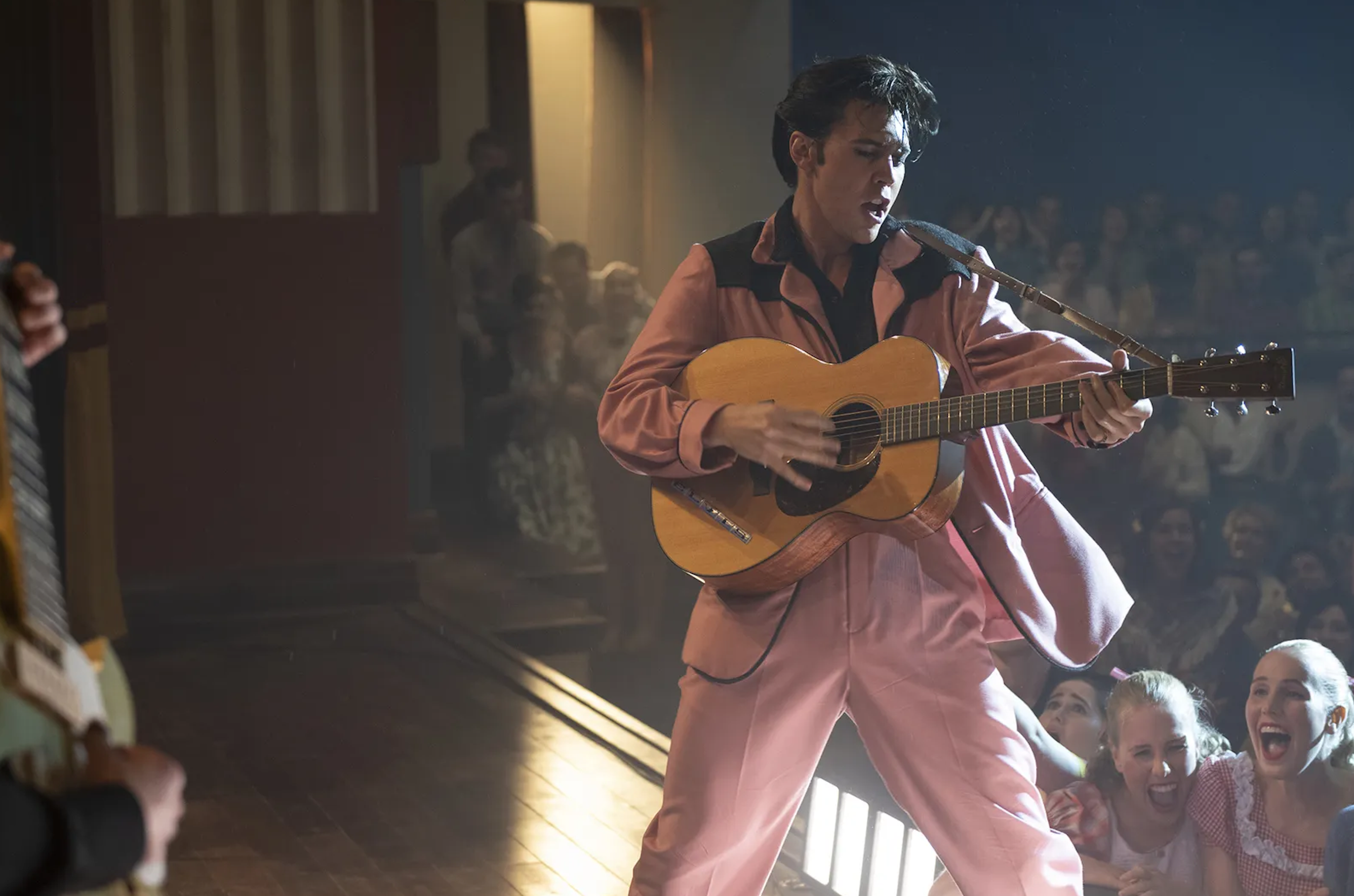 It seems that being photographed by paparazzi for just under a decade with ex-girlfriend Vanessa Hudgens has finally paid off! Austin Butler has recently worked with incredible directors such as, Tarantino, Spielberg, and Luhrmann.

The Elvis biopic is sure to catapult Butler’s career as there’s a lot of hype surrounding the film. He is known for his roles in Nickelodeon’s Zoey 101 and Tarantino’s Once Upon A Time In Hollywood, however, his status as a style icon is responsible for his growing recognition.

Let’s remind ourselves of Butler’s street style! If “That’s All Right!” As Elvis would sing. 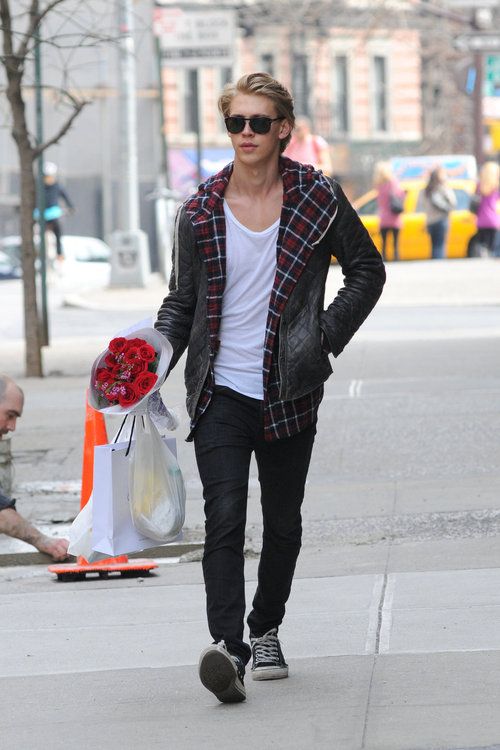 For Butler’s first look, let’s take a trip down memory lane to St. Patrick’s Day of 2012. This outfit screams early 2010s! He is pictured holding a bouquet of roses as he arrives at his hotel in New York. This photo was captured early in his relationship with Vanessa Hudgens as his style evolved during their time together. From head-to-toe, his black skinny jeans, white V-neck, distressed leather jacket, and plaid flannel, symbolizes nostalgia in its purest form. Also, he could literally pass as an Abercrombie model. 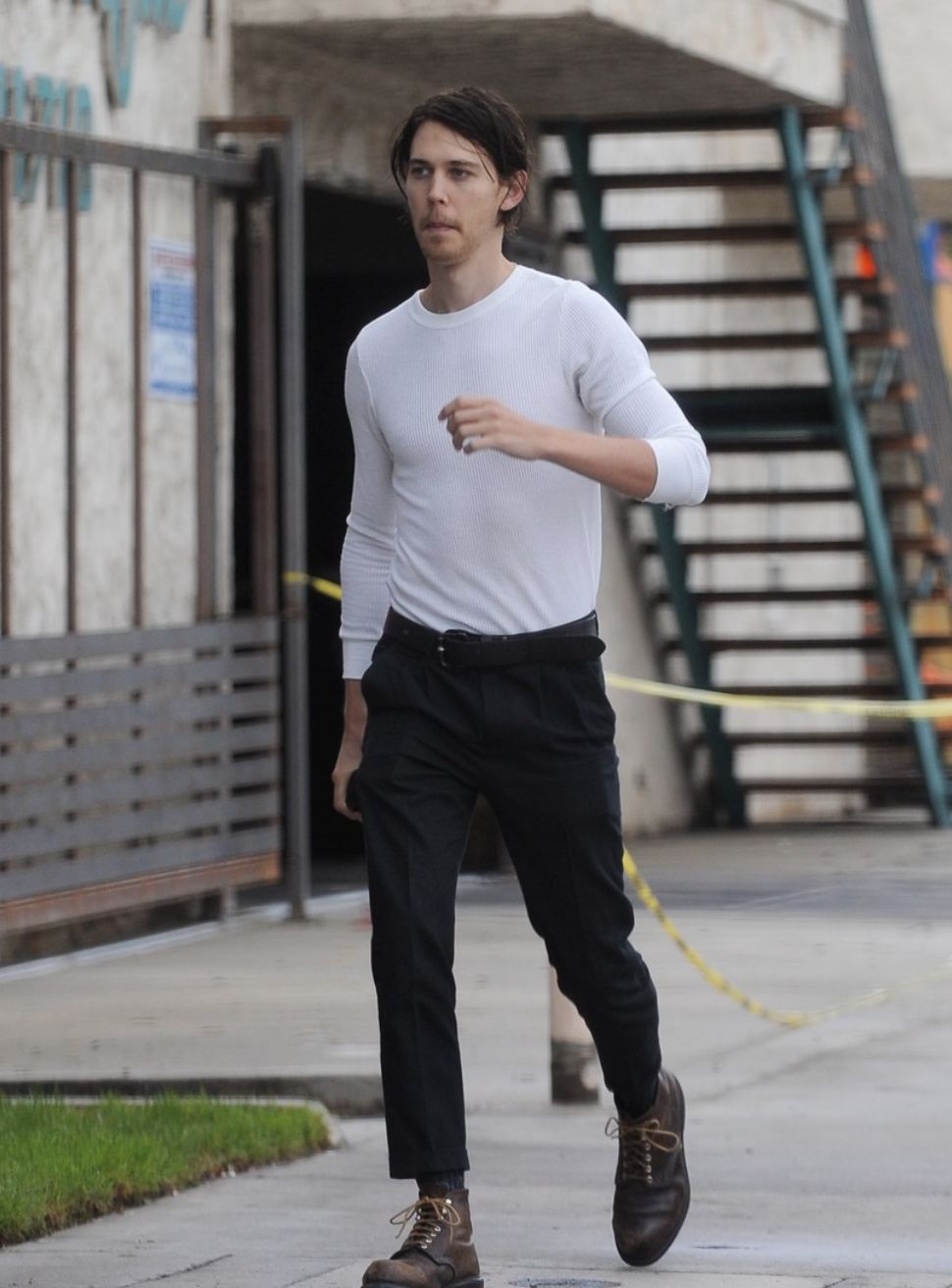 The second look is from 2018, Butler’s dark-hair era. At the time, the 27-year-old star coloured his hair to play ‘Tex’ Watson in Once Upon a Time In Hollywood. His character is a follower of the Manson family cult and Butler’s careless appearance emulates his role. This outfit is simple but striking as he appears to be the gothic, modern-day James Dean. Butler replaces the infamous white-t-shirt for a fitted white long sleeve and pairs it with tapered black pants and brown cargo boots. 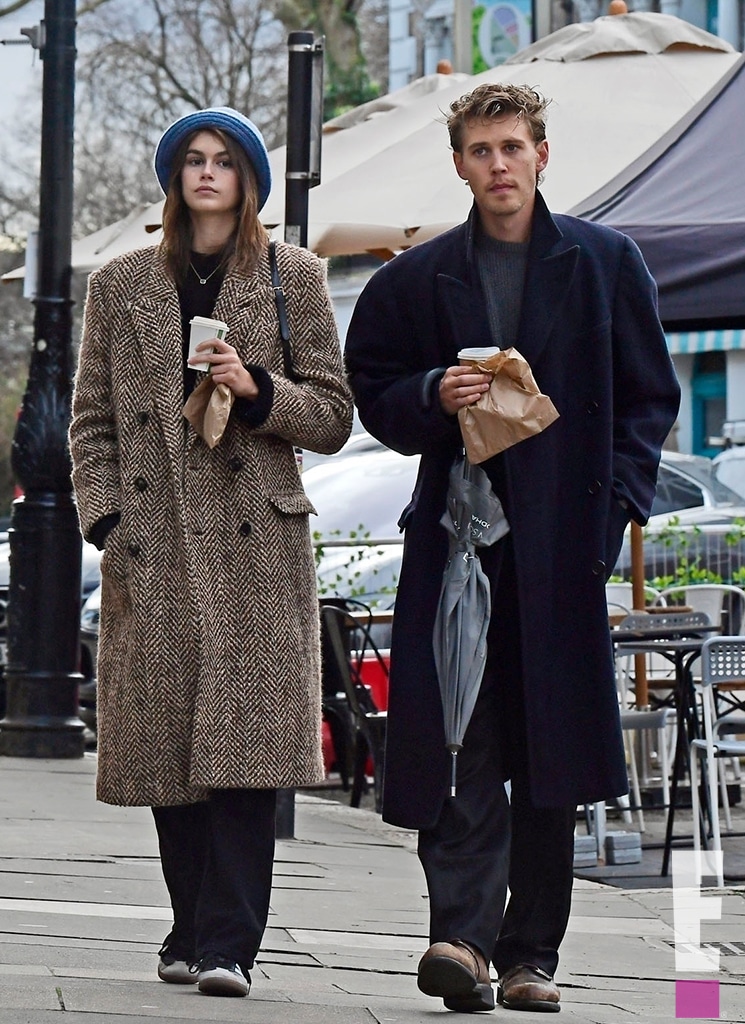 Butler’s third outfit is with none other than Kaia Gerber. The cozy couple spent Valentine’s Day together in the Primrose Hill neighborhood of London. The stylish “it” couple are wearing long coats and nailing the London aesthetic. They are pictured enjoying a cup of coffee and pastry from a café. Butler is also holding an umbrella which is the perfect accessory for a walk in London. 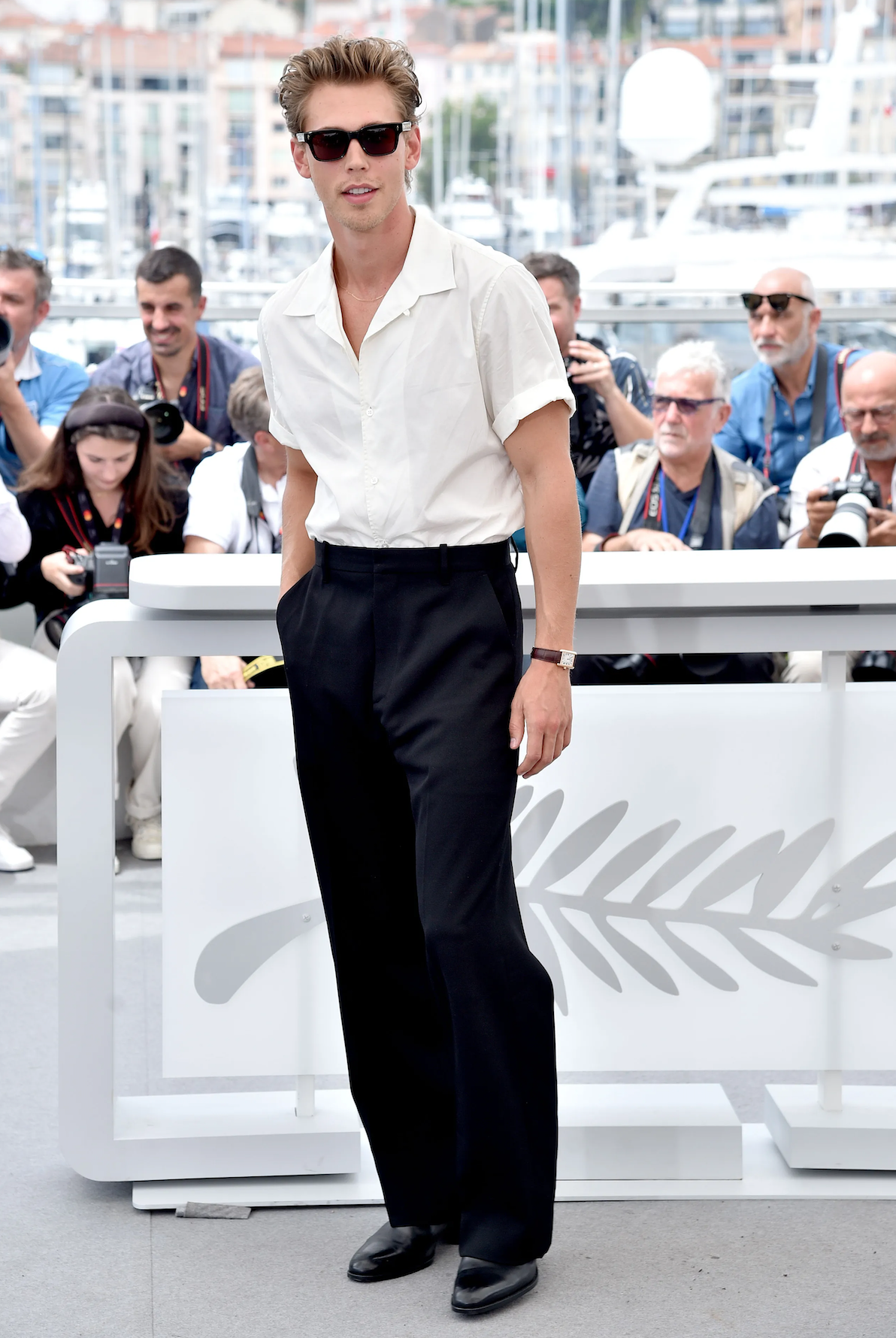 Butler’s final outfit is at the Cannes Film Festival. He is channeling the standard 1950s look at the event. Wearing a Cartier watch and a white shirt which is tucked into his pants, it’s clear that Elvis was a main inspiration. Both his pants and shirt are from The Row.

Butler is certainly someone to look out for at next year’s red carpet events.