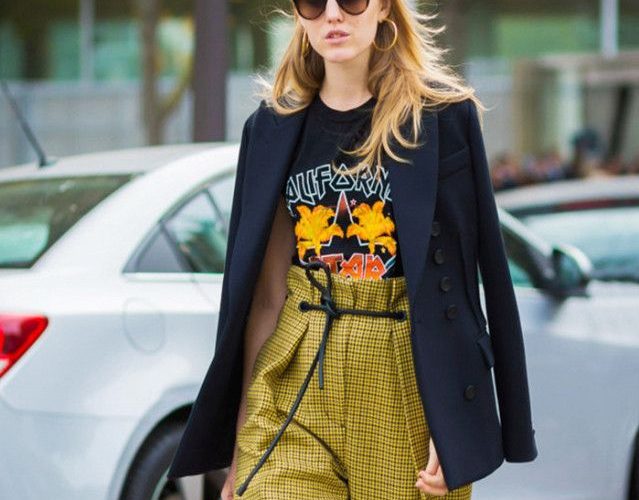 Wearing your Interests: The Rise of The Entertainment T-Shirt

Iconic band imagery or cult movie, t-shirts aren’t just a personal statement but have become a way of spreading a sense of fun.

Band T-shirts typically hold a vintage aura even if modern, making them an easily wearable way of evoking a sense of nostalgia in a time when we like to fondly look to the past. They’re traditionally like a subcultural emblem, personal and worn with a subtle sense of pride, making designer versions a kind of extension of this with the wearer displaying an association with the brand name as well the musical aesthetic.

To celebrate ten years since the XX’s debut album, Raf Simons collaborated with the band for a collection of sartorial merch. It consists of short sleeve and sleeveless black t-shirts with detachable patches of the album’s artwork and detachable ‘x’ logo pins. The appearance is DIY in a noticeably amateur, teenage fan way, allowing the wearer to take customizable control of the t-shirt and affiliation with the band. But at $400, it feels less about the band and more about the brand- Raf Simons being a marketable shadow in the music fan statement.

Band t-shirts on the runway are nothing new and last summer The Grateful Dead was an inevitable part of the tie-dye craze (Notably at R13). This season, Philipp Plein teamed up with Kiss for a series of glam rock looks: A bodysuit and a cut-out dress emblazoned in sequins, and t-shirts, for example. One t-shirt, on the female model, was oversized- glistening and styled with chunky chain necklace- and another, on the male, was a version of the ‘Destroyer’ tee but with Phillip Plein branding added to the bottom. The designer is at the epitome of ostentatious luxury, making the band t-shirt presented in this way kind of fitting. It’s all about show. 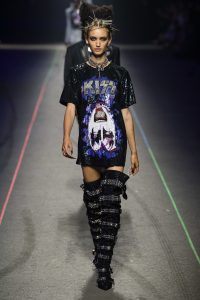 Movie t-shirts have been featuring in designer offerings too and, like band t-shirts, they traditionally hold a kind of insider form of self-expression especially when cult status and vintage. Marc Jacobs released a limited Girl, Interrupted collection to coincide with the film’s 20th anniversary. Items include a hoodie and sweatpants with the film title and Marc Jacobs branding underneath and a white t-shirt with imagery and quotes. The collection is a celebration of how the film helped spread awareness on mental health (a percentage of the sales going to a non-profit organization) but also a clear example of fashion and other industries interlinking.

On the runway for spring summer 2020, Dsquared2 featured ‘Dsquared2 presents Bruce Lee’ t-shirts in a collection overtly referencing China and Etro has partnered with Lucasfilm for a Star Wars collection that was integrated into its runway show- vintage prints on fresh, luxuriously (due to brand connection) presented t-shirts. 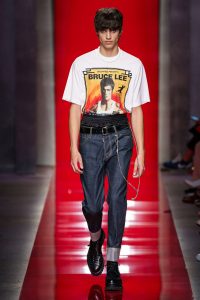 In a more DIY take, independent Montreal-based brand Les Roches Qui Roulent print hand illustrated versions of album covers onto t-shirts while translating the names into French. Examples include ‘Le côté foncé de la lune’ (black with white squiggly lines like a rough doodle in a school textbook) and ‘têtes parlentes,’ (the members of Talking Heads made up of squares reinterpreted as a child-like sketch in red outline). It highlights the lightheartedly aesthetic and lacking in seriousness that seems attached to the wearing of t-shirts now while also rekindling the insider status band t-shirts should hold. 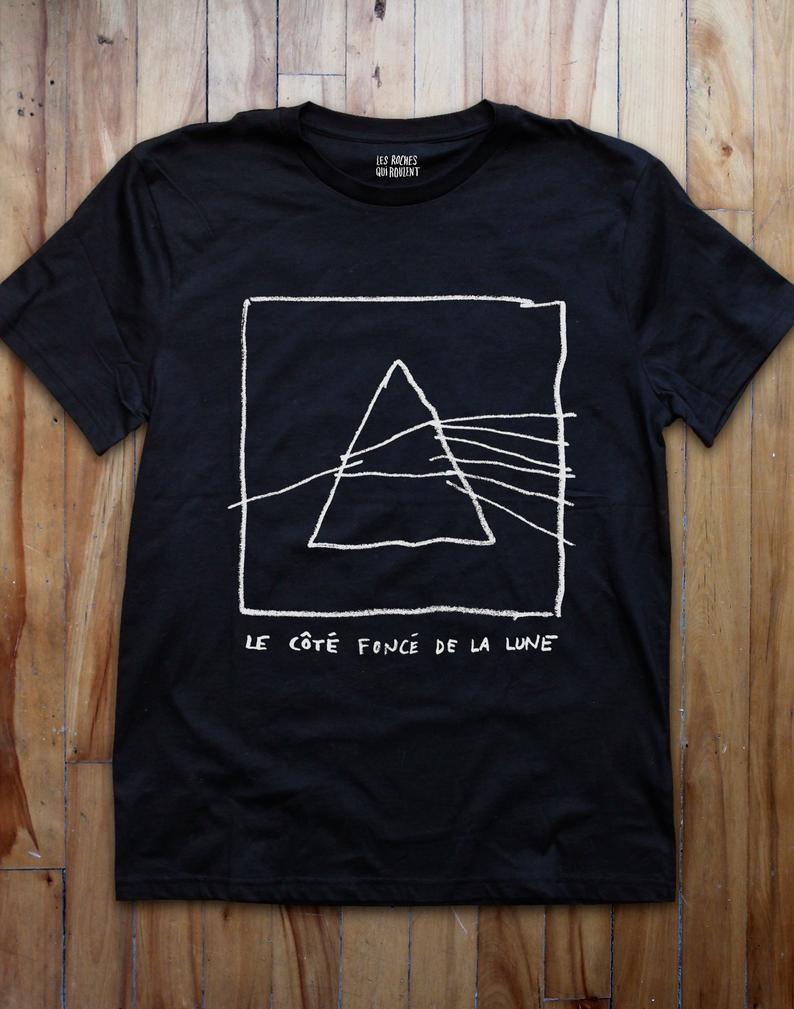 Whether it’s a genuine expression of personal interest or appropriation in the realm of consumerism (Ramones and Metallica t-shirts sold in high street stores), or, as above, a motive for luxury interpretation, they’re all a part of entertainment- signifying it or generating it. Now more than ever is a time to dig out your old t-shirt or invest in a new one.