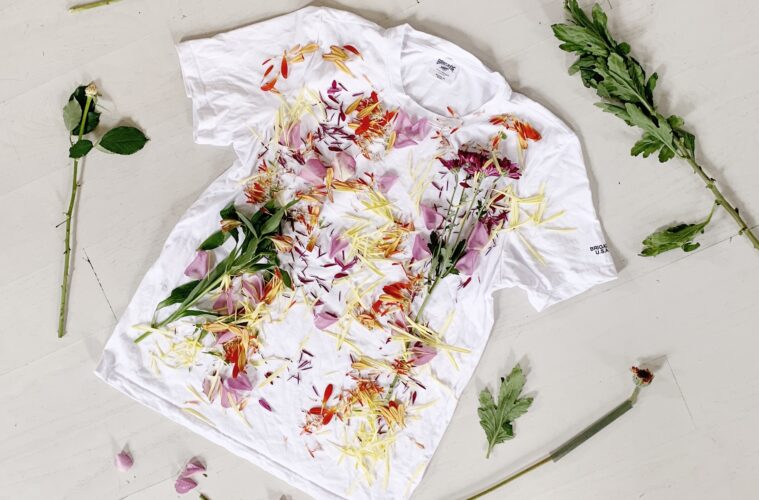 What are Vegan Fabrics?

Vegan fabrics are basically any type of textile that does not involve any animal products. For instance, the following are nonvegan fabrics since they involve animal components:

Vegan fabrics can be anything from plant-based cloths like linen and hemp to synthetics like polyester and nylon. As long as there are no animals required to make the products, it’s vegan.

Vegan fabrics are different from cruelty-free fabrics. Some clothing companies claim they use cruelty-free wool or peace silk, all harvested or acquired using non-harmful methods. Even if they were sourced ethically, these fabrics are still not vegan(on their article on vegan fabrics, Alex from Puratium also talks about this in more detail).

Furthermore, not all vegan fabrics are good. Known vegan alternatives like PVC can be just as harmful to the environment as their animal counterpart. When examining how vegan fabrics are redefining fashion, it’s crucial that we know how to make this distinction.

And as fashion slowly becomes more sustainable and innovative, it’s also time to leave unsustainable vegan fabrics behind us.

Let’s be honest. There are plenty of animal-based textiles that are valuable to many people. Notable examples are leather, wool, and silk. These animal-based products are still considered the industry standard for quality in some circles.

But vegan fabrics have not lagged behind at all! A decade or so ago, you wouldn’t be able to find vegan options that were environmentally friendly or sustainable. But innovation has taken us quite far.

For example, there are now numerous types of leather. And not cheap PVC or PU either! The vegan leathers that have come out in the past few years are both plant-based and sustainable.

The ability of vegan textiles to adapt to the needs of the market just shows that our definition of what’s standard isn’t set in stone. For sure, sustainable vegan leather still has a ways to go before it’s an easily accessible commodity, but it’s getting there!

Vegan fabrics are redefining fashion by showing that improving our existing systems is possible with creativity and innovation.

Veganism takes root in doing as little harm as possible. Whether it’s toward animals or the environment, veganism is a lifestyle for someone who cares.

Part of that is a dedication to sustainability. Over the last couple of years, you may have noticed an uptick in fashion brands becoming more sustainable through using organic fabrics, plant-based textiles, and other similar efforts.

Vegan fabrics in fashion are no exception. Many of the fabrics used by sustainable vegan fashion brands are plant-based and harvested sustainably. In fact, all of our most sustainable fabrics are vegan and plant-based.

In this case, vegan fabrics aren’t really redefining fashion. After all, plant-based textiles can be traced back as far as 36,000 years ago [1]. But with our dependence on cheap synthetics like polyester and nylon, it seems we’ve strayed away from a plant-based narrative.

As the fashion industry takes small steps toward sustainability, vegan fabrics are one of the forerunners of change.

Instead of trendy, low-quality items from fast fashion brands, slow fashion encourages timeless pieces that can be used time and time again. Pieces that aren’t part of seasonal fads and will remain useful for the years to come.

Good vegan fabrics are supposed to encourage slow fashion. They’re supposed to make us rethink the impact our consumption has on the planet instead of simply participating in what is popular.

One of the best things about vegan fashion is the prevalence of a circular economy. Even if the materials aren’t plant-based and don’t biodegrade, many vegan fabrics can still be part of a closed-loop system!

The average American generates around 82 pounds of textile waste per year. With retailers releasing multiple collections each year, that number isn’t really surprising.

But by supporting a circular economy, we’re redirecting waste from the landfills and funneling them back into production—thereby closing the loop and keeping it going.

The relationship between vegan fabrics and a circular economy isn’t the default. But remember that going vegan is a commitment to doing as little harm as possible, both to the environment and animals.

Through that philosophy, many brands utilizing vegan fabrics often have take-back programs to reintegrate used clothing into the production process. This way, your clothes are given a new chance at purpose.

One of the most prevalent issues in fashion over the last few decades is the unethical treatment of factory workers. We’ve all heard of factory employees working an unhealthy number of hours for below minimum wage pay.

That doesn’t even cover how factories in high-risk locations are prime spots for child labor or forced employment.

Brands utilizing vegan fabrics weren’t the first to produce their clothes in safe and healthy working environments. Many nonvegan clothing brands do this as well. On the other hand, there are (unfortunately) also vegan clothes produced in less than ideal conditions.

But what remains true is that most vegan brands are champions of systemic change in the fashion industry. Many of them actively call for better transparency throughout the supply chain and ethical treatment of garment factory workers.

Although vegan fashion isn’t the pioneer of better labor in the industry, it is definitely pushing the message forward.

The Dilemma in Vegan Fashion

But the thing is, not all vegan fabrics and clothing are all of those things mentioned above. Not all vegan textiles are ethical, sustainable, or encourage slow fashion and closing the loop.

So while vegan fabrics are redefining and going beyond the bounds of fashion as we know it today, that isn’t always the case. There are still widely-used vegan fabrics that aren’t sustainable and have a high environmental cost.

Some plant-based fabrics (e.g., conventionally farmed cotton) are actually quite damaging to the environment.

The application of vegan fabrics isn’t a black and white phenomenon. It isn’t always good, and it isn’t always bad. But as long as we think critically of our purchases and what we wear, we should be able to move vegan fashion forward.

Overall, vegan fabrics are redefining fashion not just through the premise of their existence. After all, plant-based textiles have always had a place in fashion.

Rather, the most significant influence is in how veganism in fashion changes our mindset towards the industry. Instead of being mindless consumers and just buying whatever is “in,” vegan textiles encourage us to be more critical of what we consume—vegan or not.