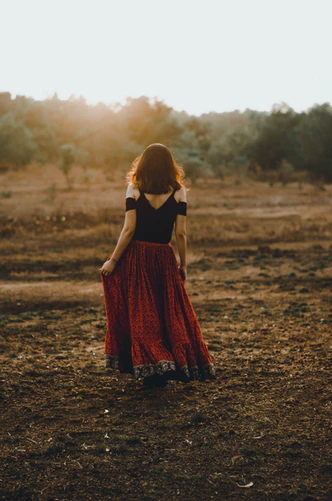 What Do We Have Similar With The Eastern Fashion? Check Out These Interesting Facts

Indian Fashion Has A Massive Influence Over The Western World

When we think of Indian fashion, the immediate thoughts that come to us are of handwoven fabrics, beautiful embellishments, and lots of colors! Today almost everywhere you see, you can see the global effect of Indian fashion. Most sought-after designers are producing fashion pieces with Indian elements in them. Chanel’s Paris-Bombay fairytale collection in 2013 is still the talk of the fashion world.

From the first mention of weaving in the Vedas to modern times, India’s affair with clothing has only grown. At the same time, people from the west have mingled themselves in it.

Here are some interesting facts on how Indian Fashion has influenced the West:

India is home to handlooms and every part of the country produces unique fabrics. Fashion designers from the west use many such combinations of colors, patterns, and yarns along with materials like cotton and silk to create more inspirational designs. Cotton is the most sought-after material that comes from India due to its breathable and versatile nature. The famous Tussar and Eri silks provide a rich element to any outfit and are widely used in both Indian and international fashion because of their exclusive texture.

Khadi is a woven fabric that is marked as a symbol of India’s movement for freedom. Its appearance, wearability, and usability in all weather conditions make it a popular choice for contemporary outfits. The innate character of the fabric itself is beautiful enough and doesn’t need any embellishments. Another sought-after material in the west is the famous Banarasi silk. Silk material used by Nihal Fashions when worn with charming jewelry can make anyone wearing it a show-stopper. All these handwoven fabrics are unique as they require many man-hours of work with articulate designing that comes only from years of experience. Beautiful woven patterns are no matched for printed fabrics

Every weave has a storyline behind it and has a meaning as to why it is done in such a manner. This makes it an attractive option to the west as it inspires them to blend different stories and make one of their own.

The most famous Indian crafted material is the zari and zardozi embroidery work. Many international labels have used this form of Indian craft on their outfit designs. When this technique is used for trims and borders, it adds an elegant and rich dimension to the outfit. Louis Vuitton has quite often featured this technique in its designs. While zari and zardozi work is more often used for festive and bridal wear in India, in the west it is used in a minimalist manner to add more grace to outfits.

Among other techniques that inspire the west, Indian motifs are an integral part of fashion that is quite often sought after. Right from being a part of the British fabrics, these motifs have time and again featured prominently from the 19th century. From block prints to contemporary prints that are worn by the west, the inspiration for those definitely came from India.

Bindi’s, bangles, and drop earrings are some of the most common Indian-influenced accessories worn in the west. More designers have warmed up to the Indian jewelry and accessories design and its influence is clear. Almost every collection now has one line that is inspired by Indian fashion. This spread of inspiration from Indian design by western designers has led to a significant increase in business in India. More raw materials, end products, and even skilled labor from India are in demand.

Casual brands like H&M, Marks & Spencer, and so on have brought in Indian influence clothes to diverse people.

Why Fashion Is So Important In India? 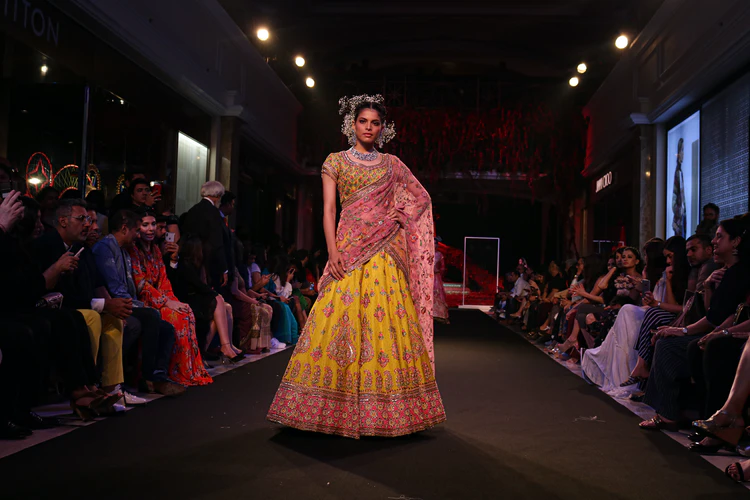 When it comes to fashion, India has a galore of it to offer. From state to state, you will see a difference in their ethnic clothes. A single extra embroidery line on a saree brings a whole different meaning. With such a diverse population of different cultures and traditions, there are many festivals celebrated in India. Clothing for such a festival is one of the most important aspects of it.

Bridal wear is one of the most sought-after Indian fashion in the West and in the Arab world. The fairy tale look of wedding wear makes every couple’s dream come true. So next time you are looking for inspiration for fashion, take a look at Indian clothes. You are sure to find something that you can connect to.