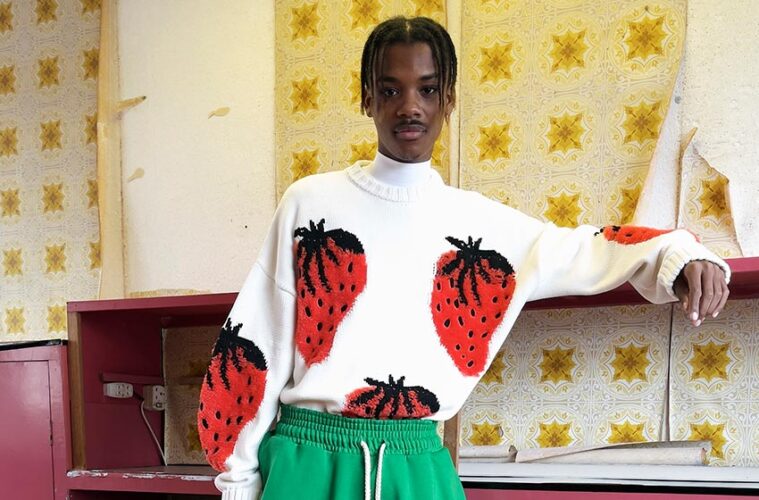 It’s Paris Men’s Fashion Week, and that means we’ve got all the newest in Spring Summer 2022 menswear runways to fawn over. New from Burberry, Louis Vuitton,JW Anderson, and more, plus some tantalizing new collaborations as always in this week’s fashion news round up. 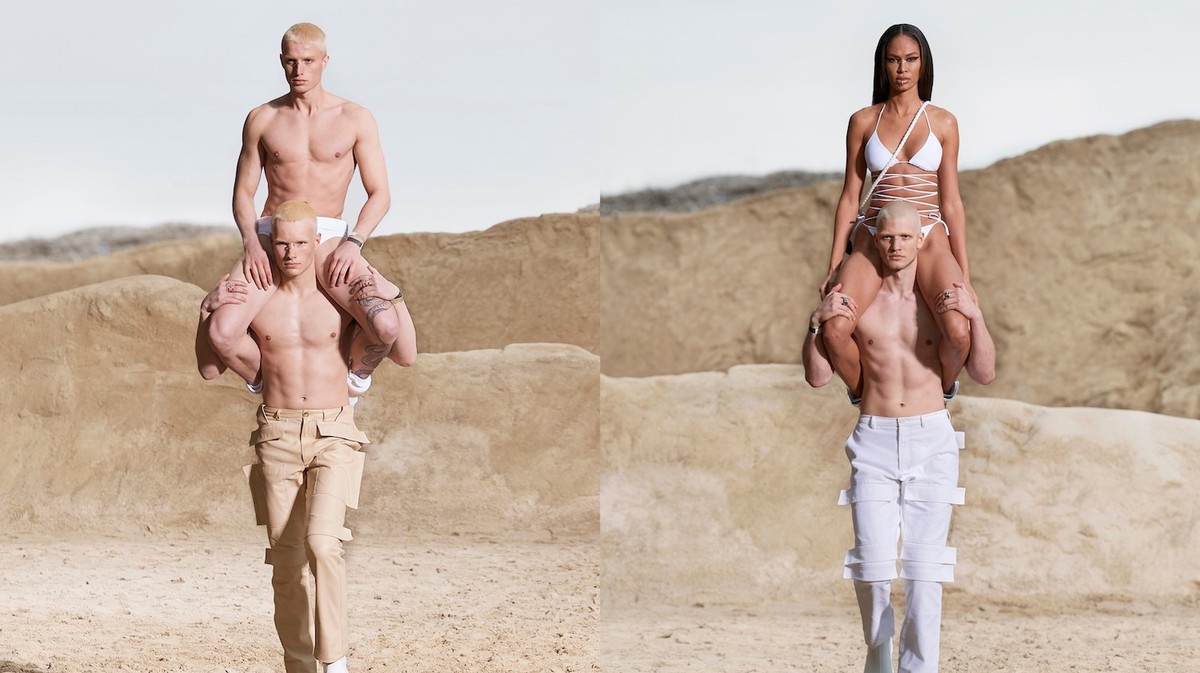 Image courtesy of Burberry via Flipboard

After a year of the pandemic we were all aching to get back to physical shows, so the news earlier this spring that Paris Men’s Fashion Week would be doing in-person runways was very welcome. And while there have been some impressive virtual shows, we’ve been anticipating being dazzled live, and these runways are just what we needed. (Plus it helps that so far the consensus among men’s collections is that summer 2022 is going to be Sexy with a capital S).

With this in mind, Burberry’s SS22 line manages to keep the posh image the fashion institution is famous for while keeping up the steamy aura of the season – not just by holding the show in the desert, but by tapping into the vibes of early-’90s rave culture with lots of mesh, straps, and a distinct lack of sleeves that creative director Riccardo Tisci has favored since beginning his role in 2018. Burberry’s stark black, white and beige colour pallette are complemented by sparing but vibrant splashes of colour in amorphous shapes like Rorschach blots across the garments. 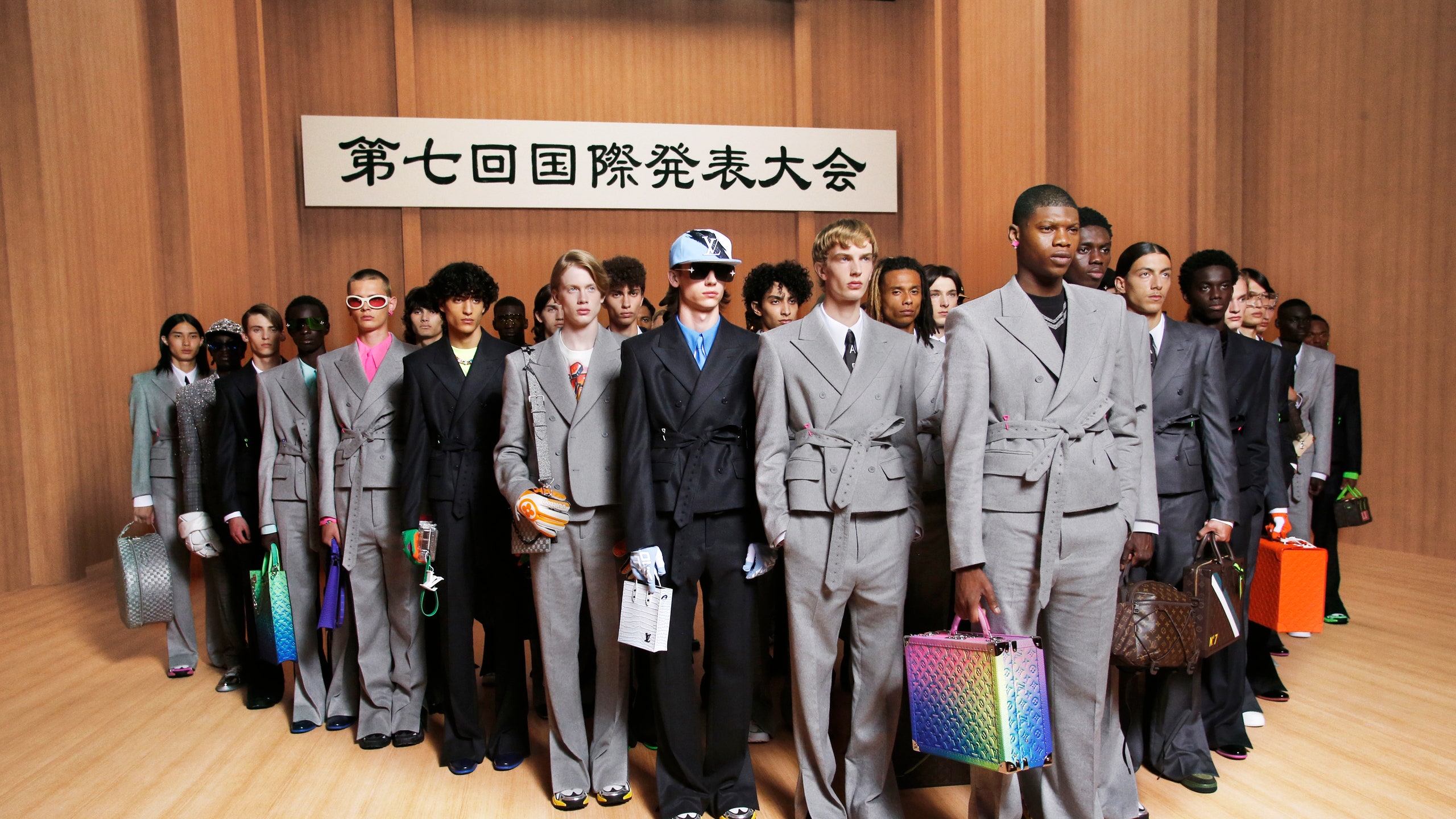 Tisci isn’t the only one feeling the throwbacks either: Virgil Abloh’s SS22 collection for Louis Vuitton is digging through various subcultures of the late ‘80s and ‘90s and coming up with gold. Everything from old Samurai and Kung Fu movie aesthetics to Run DMC tracksuits to unstructured tophats make appearances in both the show and an accompanying short film titled Amen Break. Retro suit cuts with belted jackets and flared trousers meet lavish, brightly coloured patterns and textures to bridge the gap between streetwear and formal wear, as Abloh does in much of his work.

JW Anderson is also bringing bright and bold colour schemes and patterns with his SS22 lineup. With the aim of capturing the British adolescent plight of being stuck at home with nowhere to go but the exploration of your own imagination, a feeling we’ve all become familiar with this past year. Anderson’s imaginative exploration certainly comes through on this brightly coloured collection. Chunky knitwear with massive strawberry patterns and brightly coloured athletic prep wear epitomize the youthful, expressive playfulness in spite of the challenges of the past year. 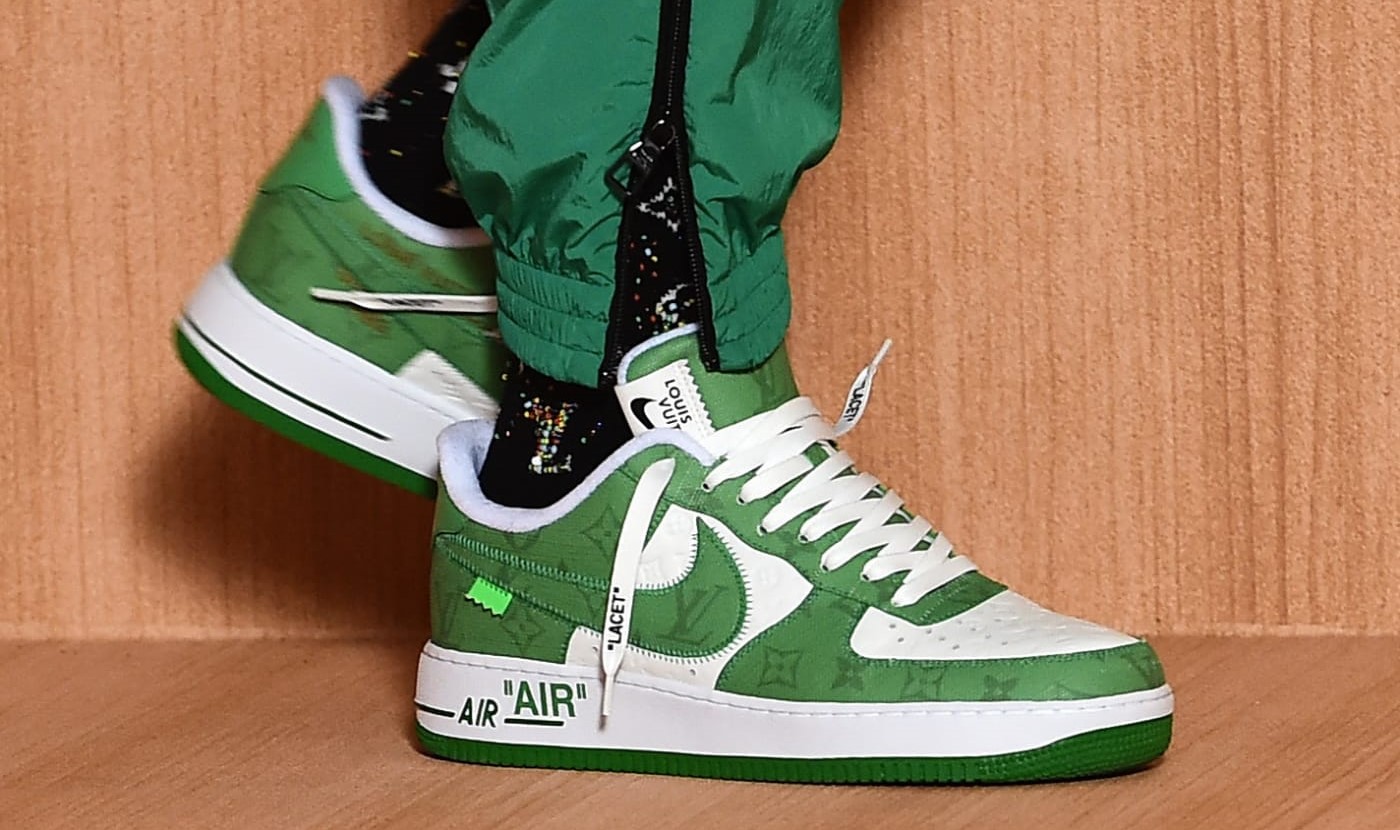 As if Louis Vuitton’s SS22 collection and short film weren’t enough, Abloh’s got more up his sleeve: A Louis Vuitton x Nike partnership to bring the Vuitton Force 1. The athelticwear giant’s classic shoe, the Air Force 1 is getting a luxury makeover with the classic Swoosh sporting the iconic LV monogram print. The logo-bearing accents are bright but tasteful primary colours, contrasting against the white base of perhaps the most elevated sneaker.

And in another act of street style meeting haute-couture, Dior is partnering with Travis Scott and his record label/apparel line Cactus Jack. The first full collection Dior has produced partnered with a musician, the collaboration for Dior SS22 comes after Scott had a pivotal appearance in Dior’s take on the Air Force 1, the Air Dior Capsule last summer.

Fashion with a Message 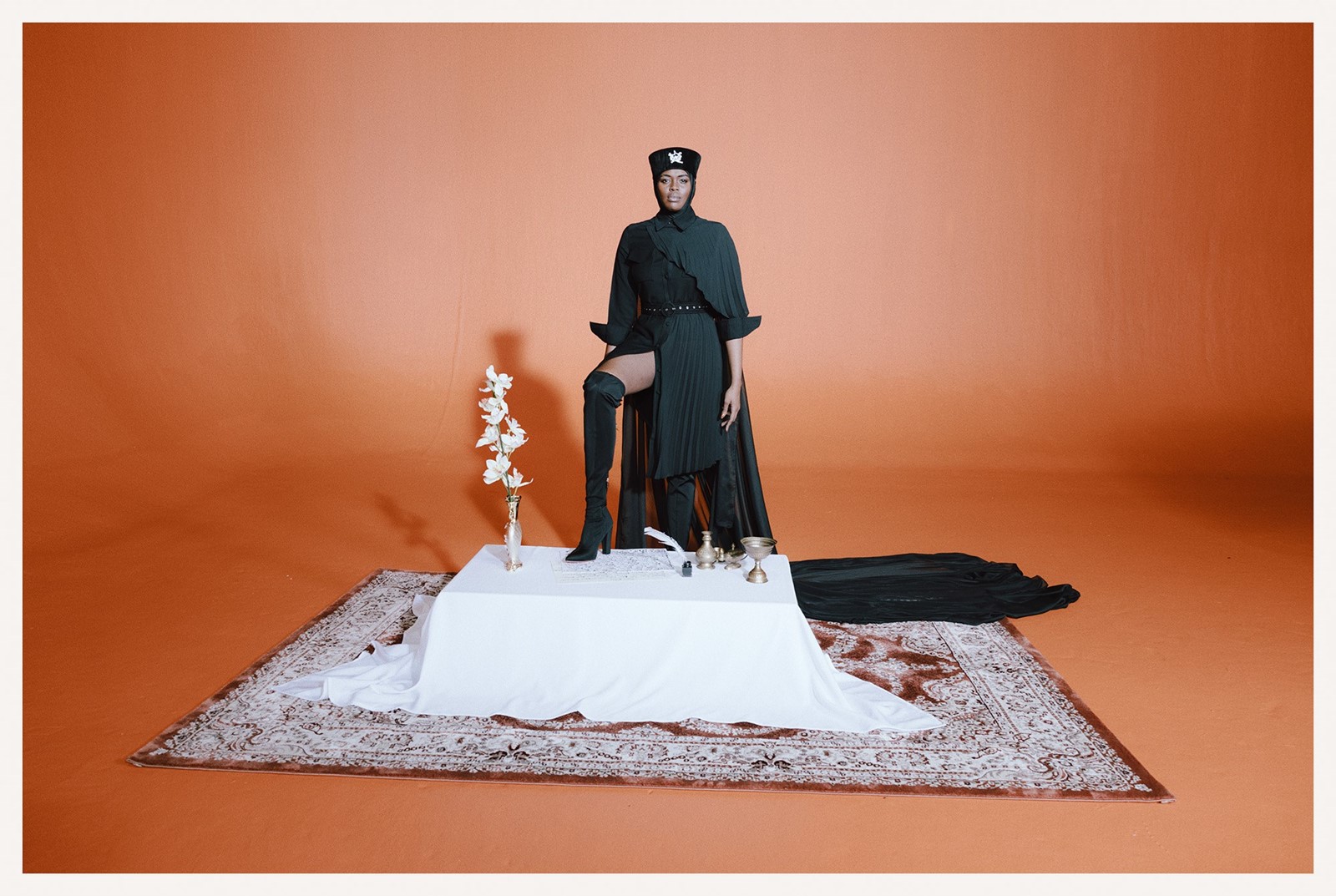 Thebe Magugu, a South African designer and International Woolmark Prize nominee is a new name to watch in the international fashion stage. Part of the increasing sustainability movement in new fashion, Magugu employs local craftsmanship to tell African stories through his garments. Addressing issues from colonialism to misogyny in South Africa in his various collections since 2017, Magugu was the first African designer to win the prestigious LVMH Prize in 2019. After the Woolmark nom this year, Magugu continues to bring contemporary social commentary through his innovative fabric work.

In another socially conscious move, Creatives 4 Systemic Change is bringing back its charity fashion raffle from last year. This time around, C4SC is partnering with APOC store, an online retailer that supports emerging designers, to bring the fund raiser back. Having raised close to $50,000 dollars last year, this year’s funds will go to a variety of charities confronting racism and discrimination, with C4SC and APOC looking to make the sale a yearly occurence.