Why Is Illness Trending For Spring?

With each of the fashion circuits comes the hunt for trends. Fashion editors, buyers and trend forecasters sieve through hundreds of runway shows and thousands of garments to zero- in on what cohesively seems to be “trending” for the upcoming season. This past fashion month, amongst the trends which included tropical florals (for spring? Groundbreaking), vests and sheer fabrics, was a much more ominous and controversial trend. Designers seemed to be using illness, mental and otherwise to sell clothes. The trend managed to spread itself over three of the four major fashion weeks – seen at all but London and while it may be groundbreaking, it has not gone over well.

The first of the offending collections occurred at streetwear brand Bstroy in New York. The brand designed college sweaters distressed with bullet holes. Provocative enough, however all of the schools the designer chose to feature were ones which had been victim to school shootings. After backlash over the sweatshirts from consumers the designers Brick Owens and Duey Catorze came forward to say they had designed the sweaters to bring awareness. Perhaps Owens and Catorze missed the memo five years ago when Urban Outfitters (repeat offender of non-PC garments) released a Kent State hoodie spattered with blood, which was no better received.

In Milan two weeks later Gucci began their runway show with models filing down a moving assembly line in garments inspired by straight jackets. Model Ayesha Tan Jones inscribed their palms with the message “MENTAL ILLNESS IS NOT FASHION” while sporting one of the Gucci straight jacket looks. Alessandro Michele stated the straight jackets were not part of the collection and would not go into production.

Finally, in Paris South Korean designer Kimhekim opened and closed his show with models walking the runway wheeling IV drips – a shocking piece of imagery especially given the long, dark history the runway has had with eating disorders. While many designers are looking to move away from this reputation, leaning towards more size inclusivity why did Kimhekim opt for this? Of course IV drips are not exclusive to eating disorder related illness, but why involve it at all? Can these designers’ clothes not speak for themselves? 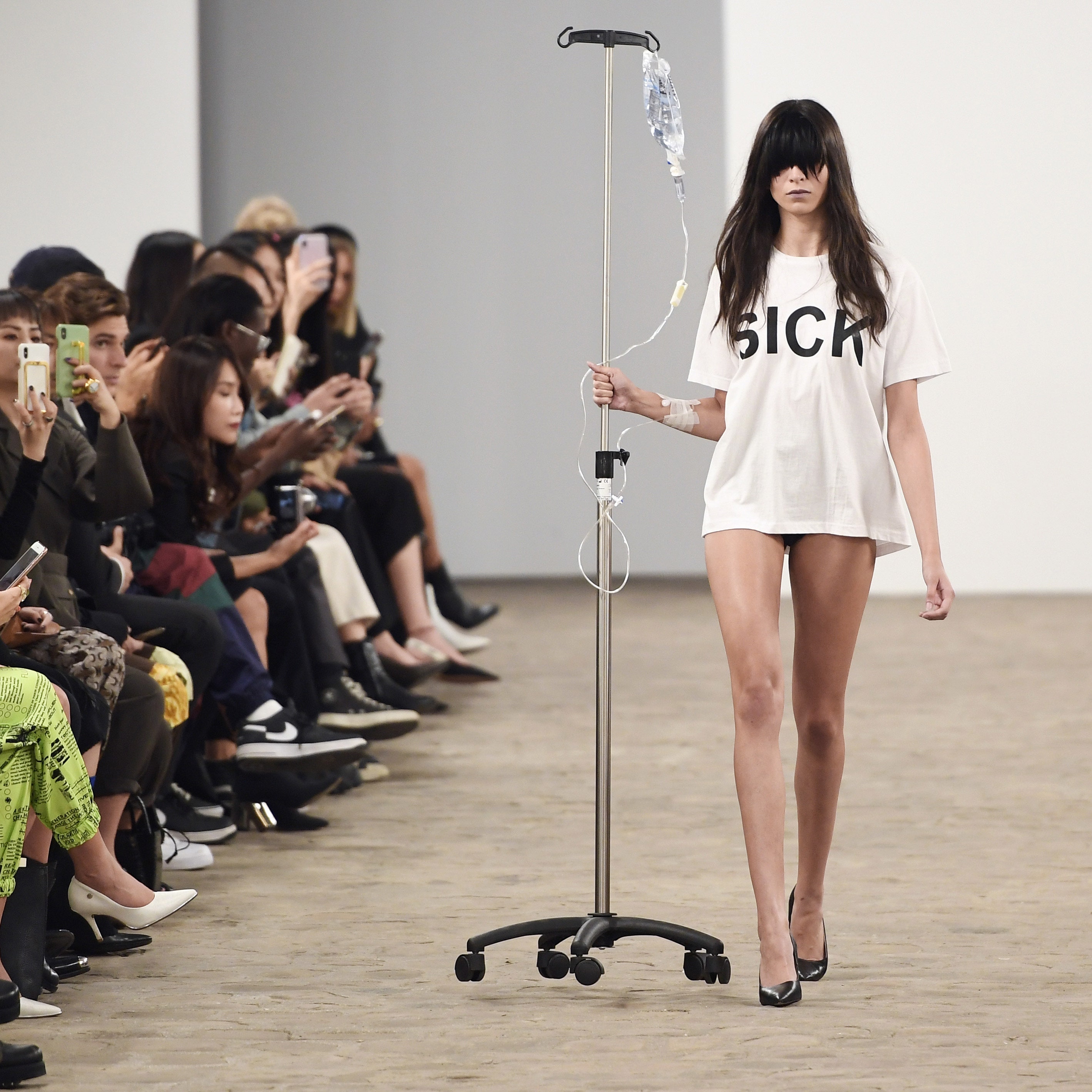 So the question now stands – how much of a say do designers get in the issues affecting the world? The industry can often be criticized for existing within a vanity bubble – focused solely on image, with little concern for hard pressing issues. Where is the line drawn between contributing to awareness and capitalizing on other’s struggles? What boundaries are these designers really pushing – is it all a simple ploy to create controversy to sell clothes, or do they really mean well and show passion for the cause? There’s plenty of ways a designer can create buzz around their line without the use of other’s tragedy and hardships.

Karl Lagerfeld for example was the ringmaster of theatrical runway shows – rocket ships, grocery stores, snowy ski chalets. Or, should fashion designers stick to what they do best? If your clothing can’t speak for itself, have you chosen the wrong medium?