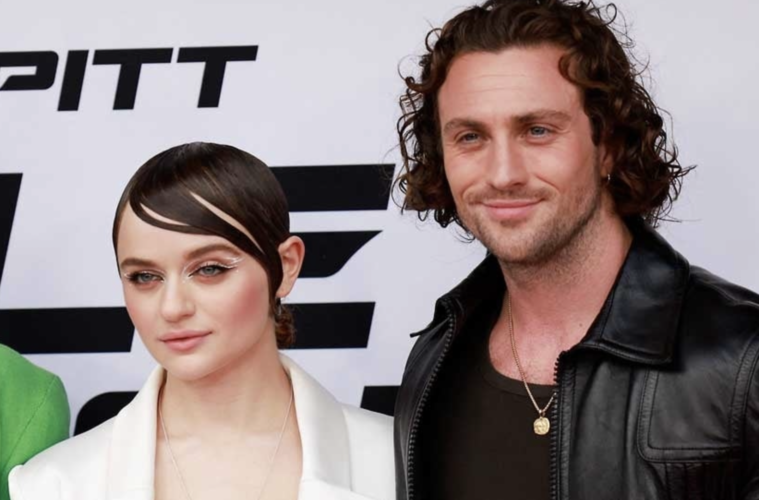 The rumor mill is constantly churning and this time reports are alleging that Aaron Taylor Johnson has cheated on his wife Sam Taylor Johnson with Joey King. Aaron and Joey co-starred in Bullet Train alongside Brad Pitt.

According to this article, the rumor originated from a blind item that started circulating on TikTok. As explained in HITC, TikTok user @thekylemarisa started “the rumor by posting a video reading an anonymous and unconfirmed blind item about the duo.” This video was posted on January 17. This is an alleged (and unreliable) blind item that supposedly claims that “Aaron and Joey allegedly hooked up on the press tour for Bullet Train. It also claims the two have allegedly continued their affair post-filming.”

To further fuel rumors, the TikTok user posted another video of Aaron and Joey at the Bullet Train premiere, reacting to what looks to be the two sharing an unintentional arm graze, as mentioned here.

A recent post on pop culture platform, Deux Moi, also chimed in on the subject posting the below story frame: 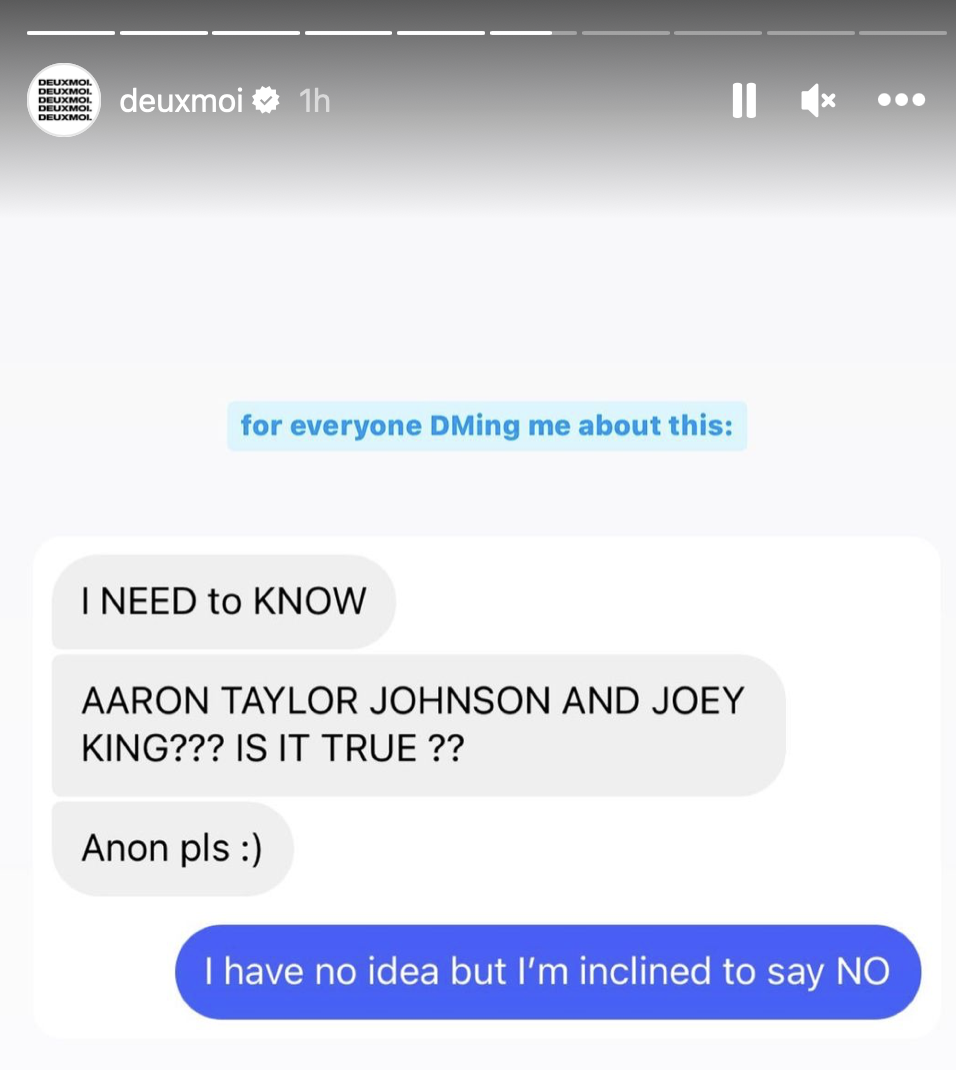 It sounds like Deux Moi isn’t sure what to think about the allegations but doesn’t necessarily believe the alleged claims.

According to HITC, Aaron and Sam have not come out to publically address these alleged claims. It’s also important to note that Joey is engaged to Steven Piet, which further denounces these allegations.