On June 26, the Microsoft Theatre in Los Angeles hosted the BET Awards 2022. It was undoubtedly exciting both in terms of fashion and other aspects.

The events were presided over by Oscar-nominated performer Taraji P. Henson for the second consecutive year. It goes without saying that the event was full of unforgettable moments, such as when Jack Harlow brought Brandy on stage with him and when Lotto gave Mariah Carey flowers. Megan Thee Stallion, Jazmine Sullivan, Silk Sonic, and The Weeknd were among the top winners this year, with Diddy receiving the honor of the evening.

Everyone was surprised when Kanye West unexpectedly showed up to present Diddy with his flowers before she received the BET Awards 2022 Lifetime Achievement Award. Also, the music star referred to Combs as his “favorite artist”.

Despite the night’s high-octane performances being its main attraction, fashion was nevertheless prominent. Here are some of the best looks from the BET Awards 2022:

The rapper shone on the red carpet in a bespoke Gucci shimmering gown in midnight blue with flowy sleeves and a feathered trim. The dress had a deep-V neckline and a high slit for a more contemporary, sensual touch. She teamed the look with matching peep-toe platform shoes and diamond earrings. 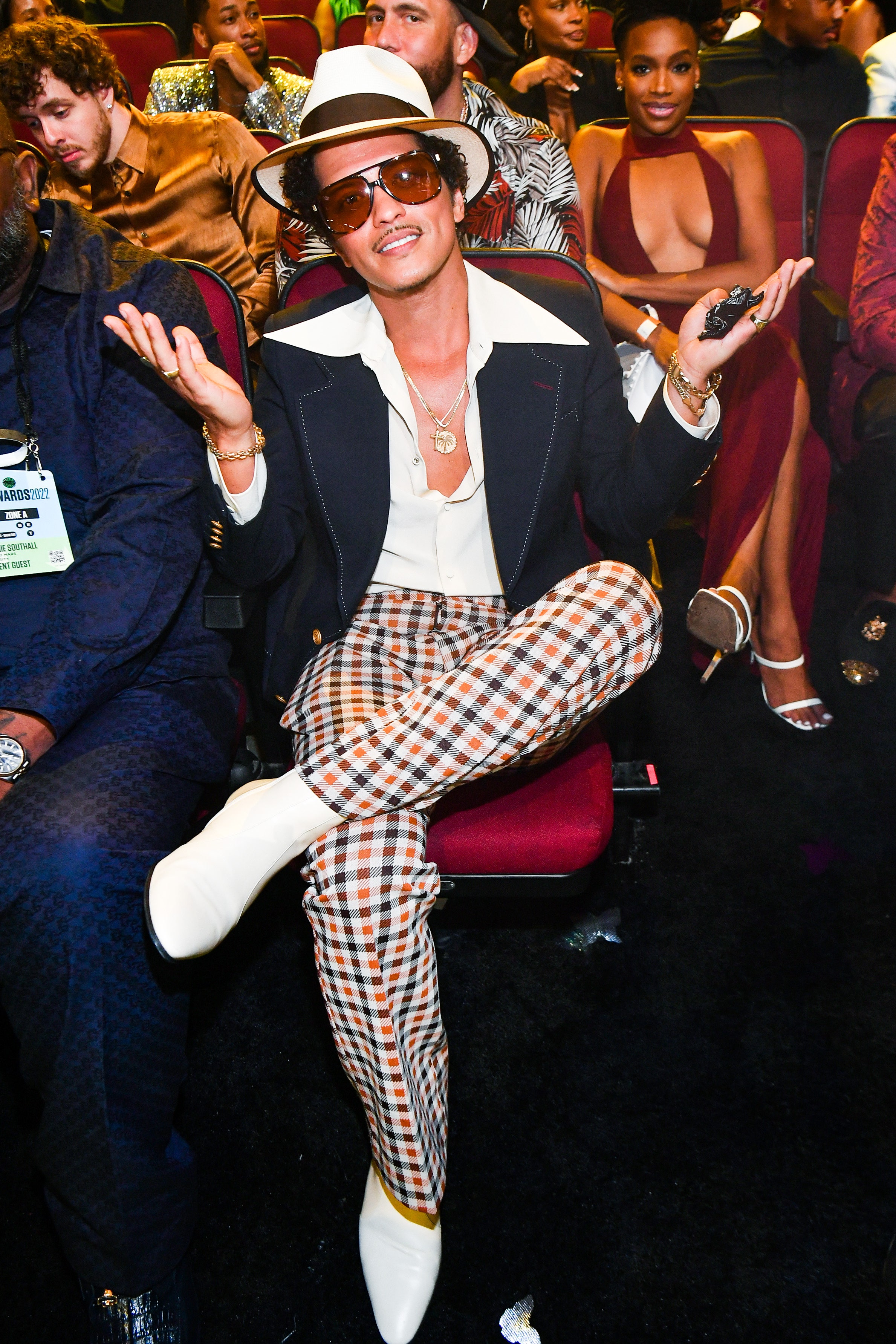 The musician arrived on the red carpet late but was dressed in pink, white, and navy checked slacks that went with his subsequent white hat and navy jacket. Bruno is keeping with the ’70s aesthetic Silk Sonic has been rocking for a long.

Chloe appeared on the red carpet in a sequined garment that sparkled and sculptural cutouts along the chest. She wore one long sleeve. Bailey’s gown had a long train and a sporadic sprinkling of black sparkles on the skirt. She added contrasting brightness to the black glitter with gold spiral earrings and a bracelet. Bailey had her hair pulled back in a thick ponytail, and she had a deep nude lip and smokey, vampy makeup. 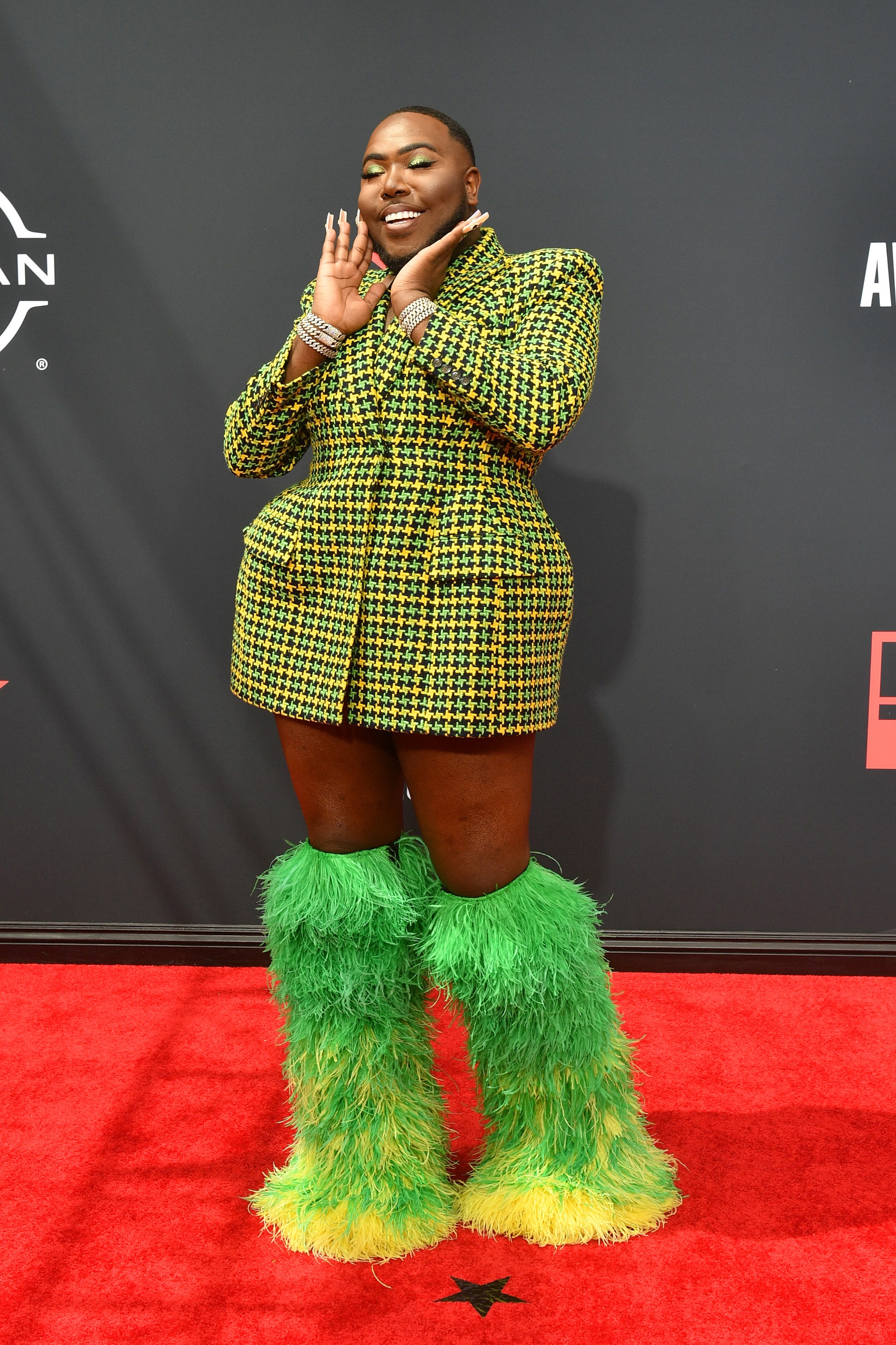 On Sunday, Saucy Santana caught everyone’s attention in a blazer dress and matching boots adorned in feathers. According to stylist Law Roach, Santana dressed in a green, yellow, and black houndstooth blazer dress from Area’s spring 2022 collection, which is structured and has discreet pockets, and green and yellow ombré feathery boots that fall just above the knee. Then he added glittering bracelets and a diamond cross necklace to his accessories. 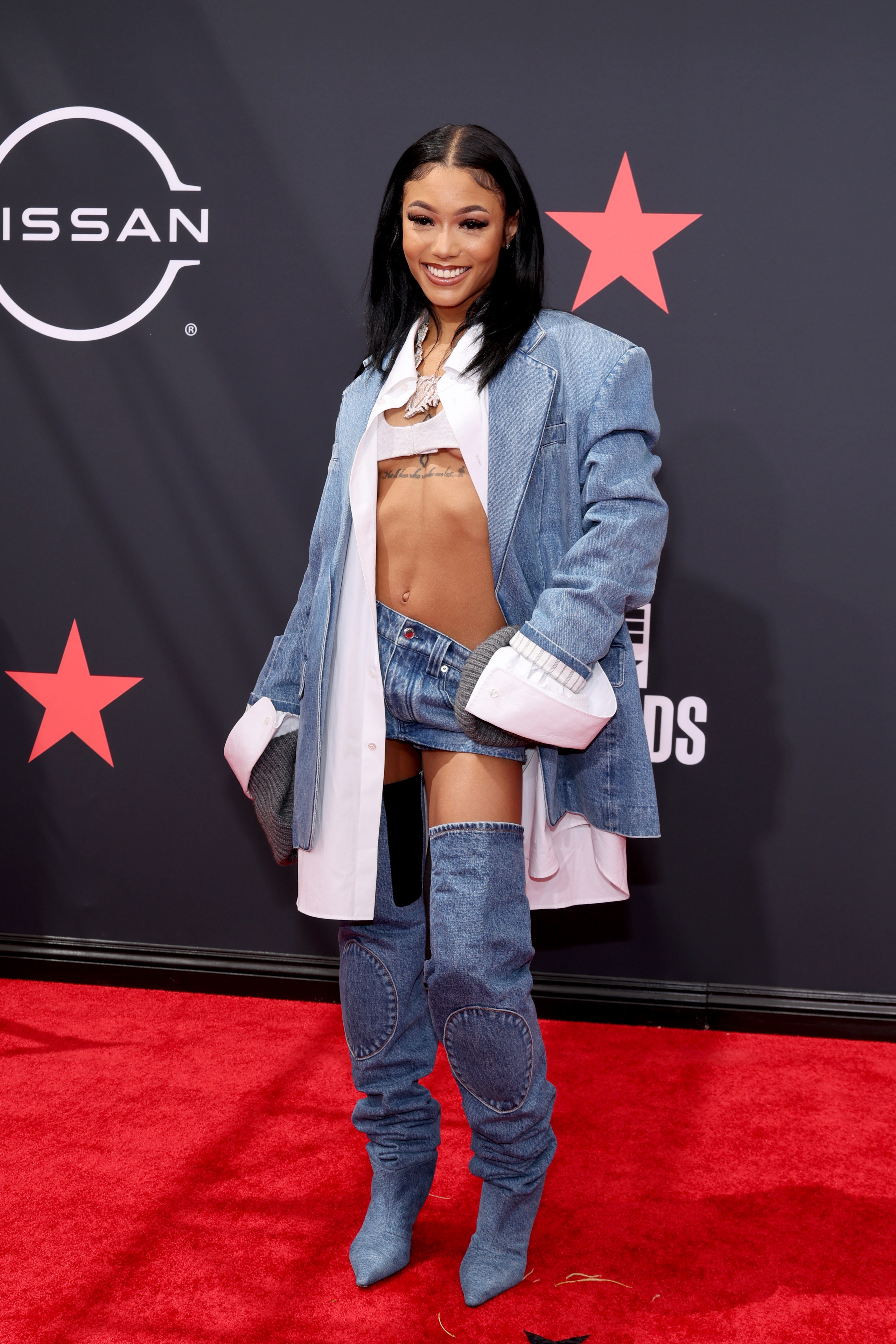 Coi Leray opted for a maximalist look. The number one rapper on the charts sported a clean white button-down shirt under an oversized denim blazer. The top’s sleeves had slouchy grey knit and wide cuffs to match. A little white bralette and a denim miniskirt were added to Leray’s layering look. She straightened her hair straight and parted it in the center to allow her to look to speak on its own. A blinged-out choker necklace was the only addition to her minimal accessory selection. Leray completed her look with thigh-high denim boots. 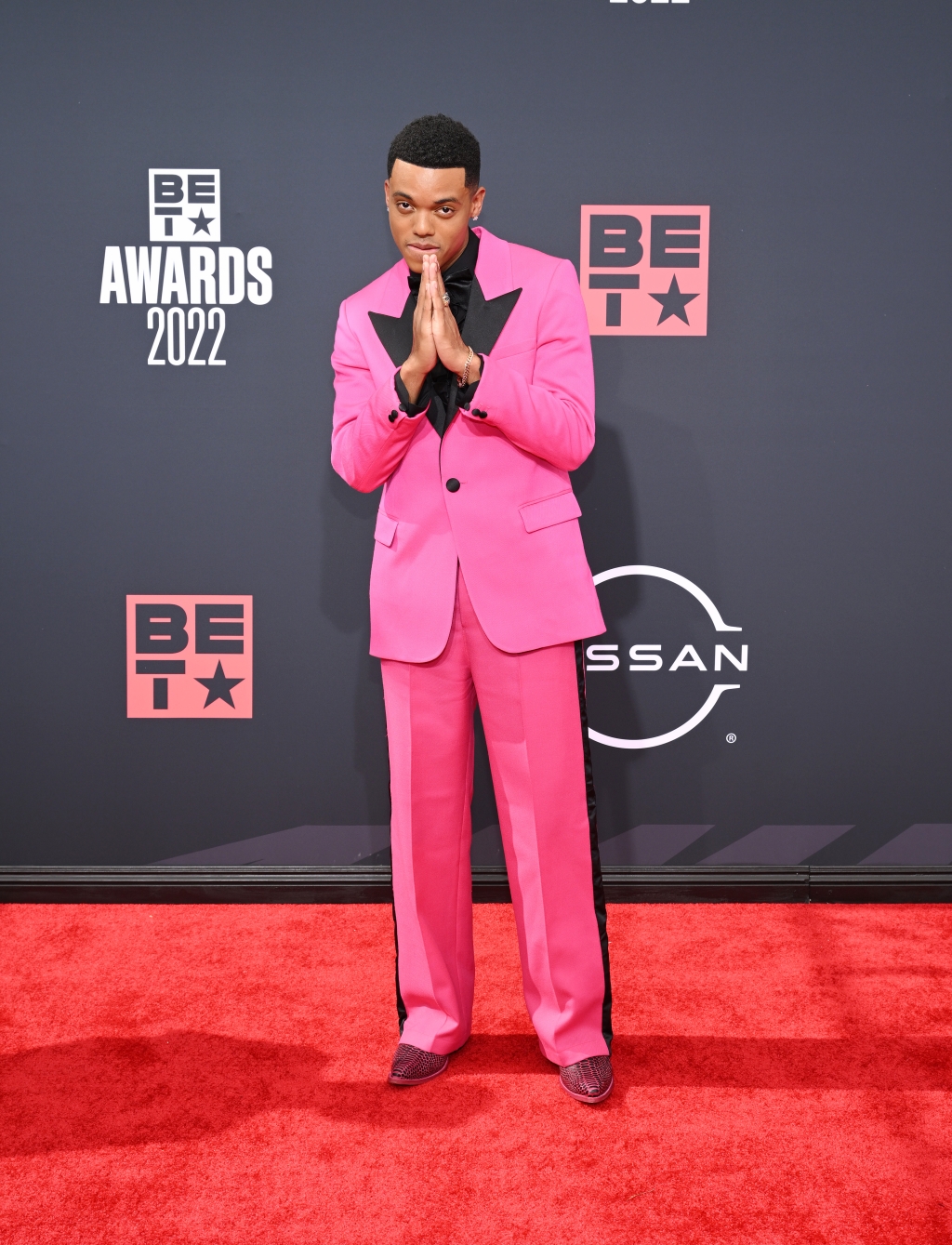 Jabari strutted down the red carpet in a bright pink tuxedo with black trim. His black shirt had a ruffled bib that matched the black lapels on his jacket. Banks completed the look with a pair of pink reptile-skin boots. 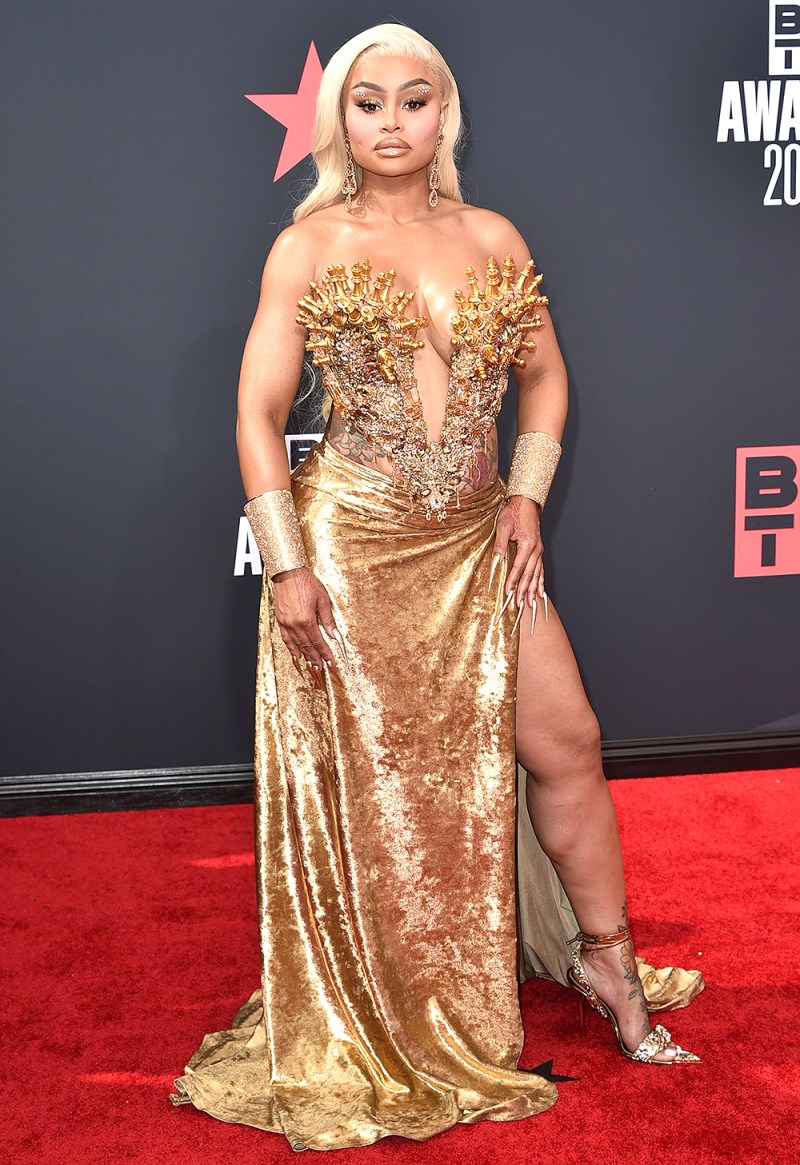 Blac Chyna, the reality star-turned-singer, arrived at the event wearing a sparkling gold gown. The strapless gown has a low-cut neckline and a thigh-high leg slit. Chyna finished the outfit with long nails and sharp gold shoes, which were visible as she posed on the red carpet with one leg out. Chyna has blonde hair that she has curled in curls and pushed down over her shoulders. She donned a bold eye makeup look to balance out her light hair, and her lips had a gold shine that complimented her clothing.