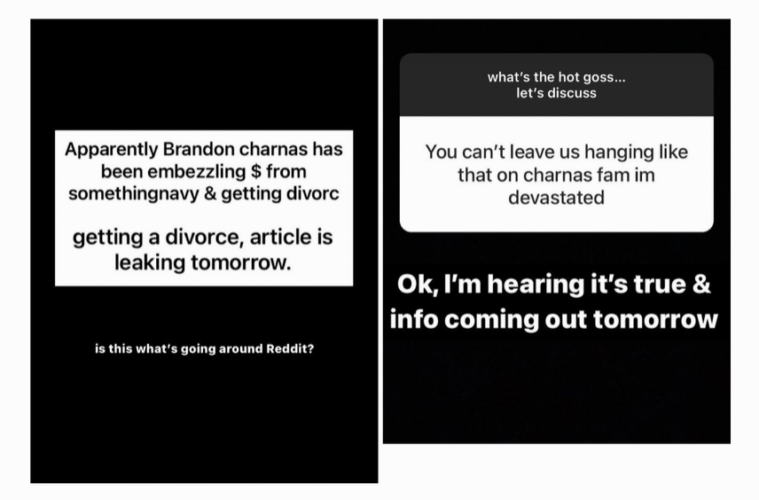 Reddit sleuths have been going wild over the Arielle Charnas fraud rumours since October.

The Something Navy founder has been at the centre of controversy over allegations that her husband Brandon Charnas was embezzling money from the business. A post on Deux Moi yesterday has been adding fuel to the fire by saying, “okay I’m hearing it’s true and rumours are coming out tomorrow.” 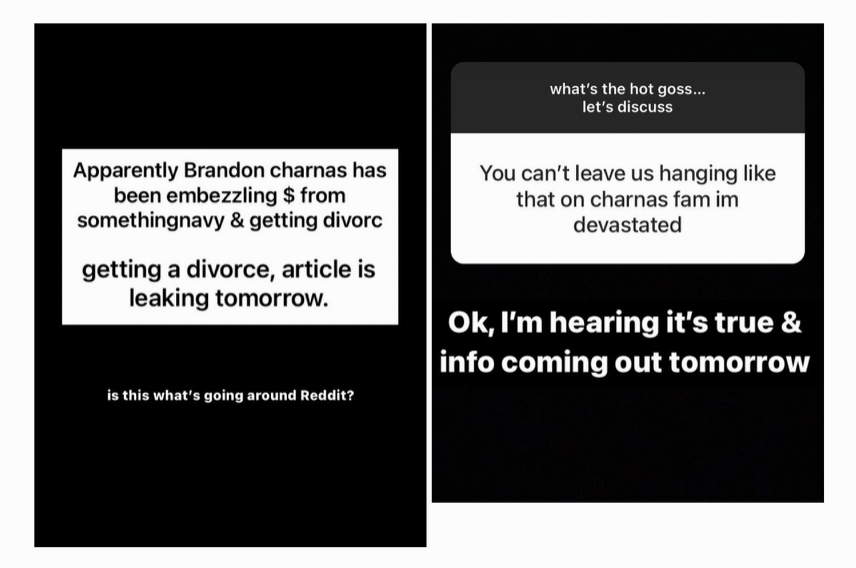 According to the accusations Brandon Charnas has been taking money from the business and an investigation has been launched. Arielle has yet to address the situation online but she did respond to one follower saying that “rumours are mean.”

One Deux user submitted a tip saying, “I also know first hand the insider article is 100% happening and has been in the works for a few months.” Since the rumours have picked up on Reddit and Instagram, Arielle has removed the ability for people to leave comments under her posts.

There is no set release date for the article yet but a user on Reddit has stated that they heard from someone who works at Business Insider that the article has been pushed for release on Thursday December 8th or Friday December 9th because the story has gotten so big.

These rumours have been circulating since October 4th at least when someone on Reddit posted, “Arielle Charnas at the center of a federal fraud investigation. This has been circulating in my friends’ gcs after someone allegedly leaked a document.”

There is no concrete proof about any of this yet but we will just have to wait and see if the article will be published this week. Stay tuned for updates.