Why Asap Rocky is a Defining Creative of Our Generation

It’s no doubt the New York born and raised rapper has definitely made his mark in music, and continues to be an ongoing inspiration in the arts and culture realm of our generation.

Asap Rocky takes art, fashion, and music to a whole other level — Does he get enough credit for it?

Let’s take a closer look — Harlem Native Rakim Mayers (AKA Asap Rocky),  differentiates himself through a variety of things; his fashion, his visuals, his music, and his overall creativity. His heavy involvement in the fashion industry is definitely a leading characteristic of his persona — he’s always being spotted in the latest trending styles from high profile designers. Alongside this, it’s safe to say he’s usually spotted front row at all the major Fashion Weeks, always out with top tier models like Bella Hadid, and unsurprisingly has close ties with designers like Raf Simons — yes, he’s even modelled for Dior Homme. It’s no doubt he’s highly regarded for his style.

Rocky’s styles have definitely brought him to be a known fashion icon on the internet as he’s been an inspiration for a lot of his fans and followers — having been featured on platforms like Vogue, High Snobiety, HypeBeast, GQ, etc, etc.  Not only has his passion for music been evident since the start of his career, but his love for fashion as well.

Here are some of his looks: 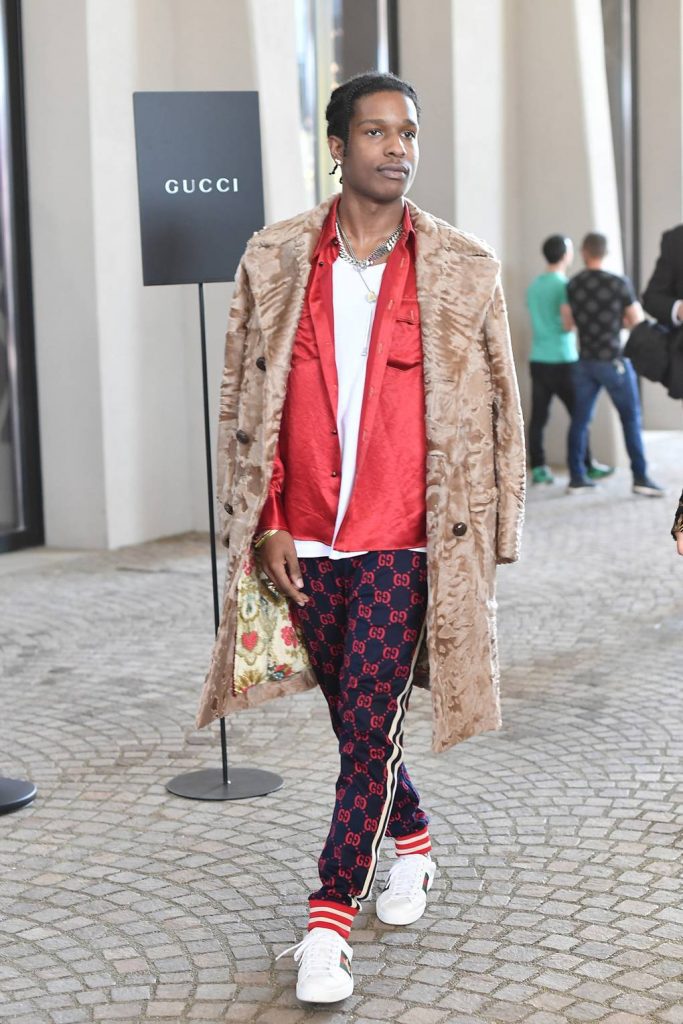 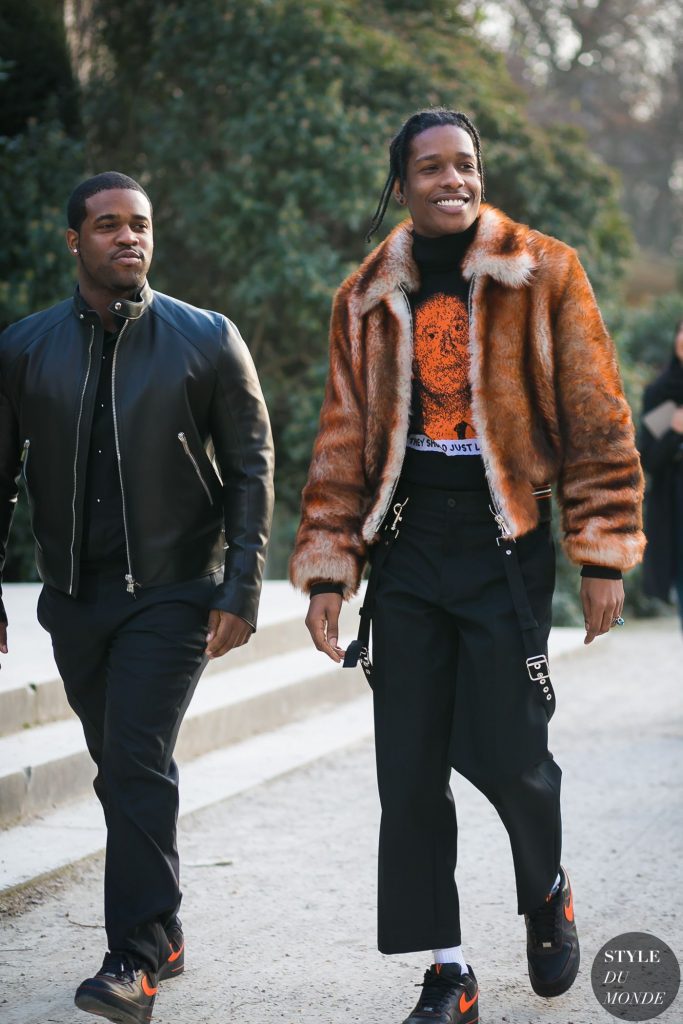 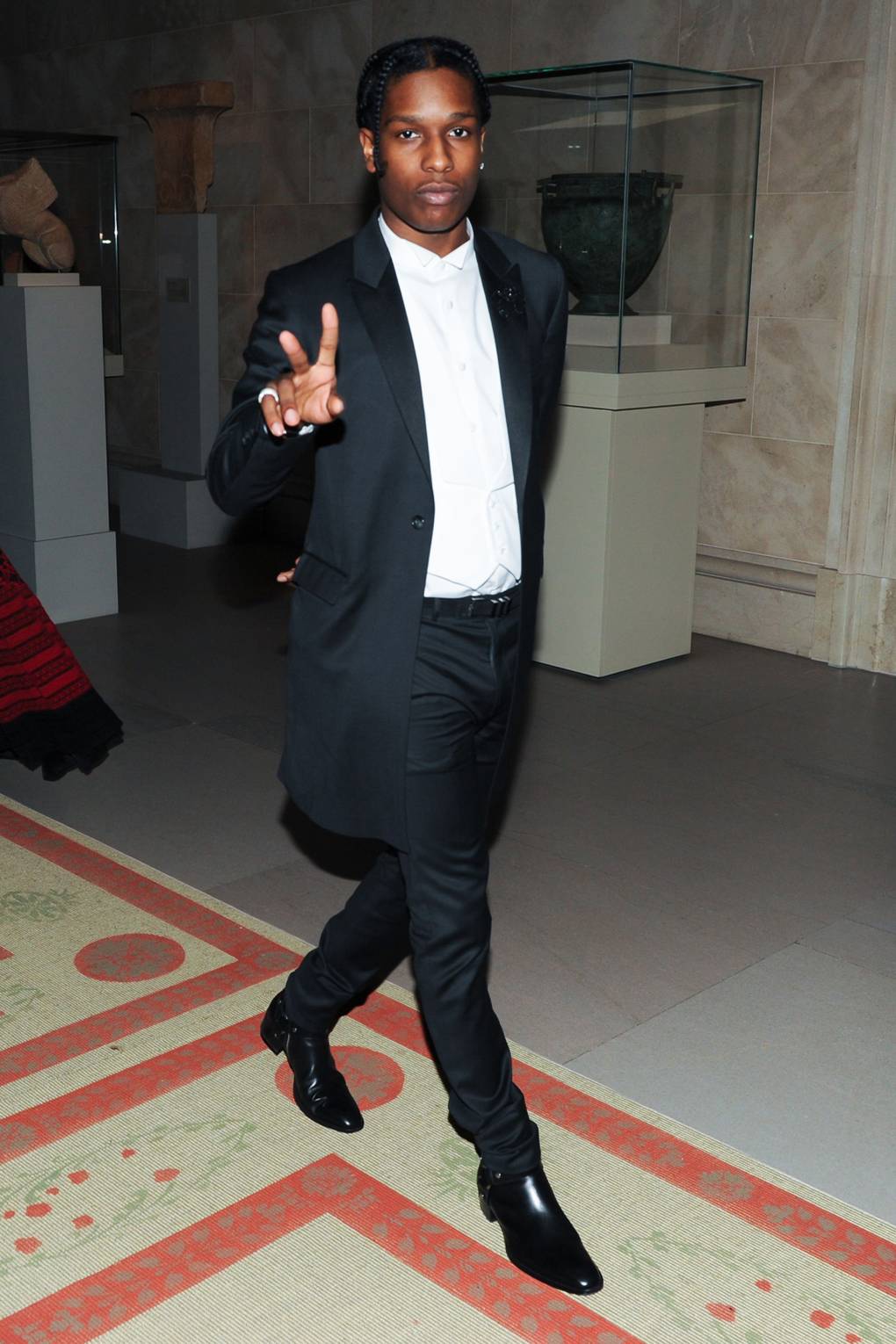 Rocky is also a defining artist through his creativity in music — which was really evident in his latest album, “Testing.” Rocky recently stated in an interview with GQ that the album was all about literally testing new sounds, as the title reflects. “People are scared to test new sounds, so they go with what’s current because it’s the easy thing to do,” stated Rocky. This statement definitely reflects him and his fashion, seeing as he’s never afraid to try new things with style as well, and breaks through barriers – trying new things that perhaps other artists would be hesitant on.

“The top 100 songs sound a certain way. People cater more to that because it’s a bigger demographic behind that, or it’s a guaranteed demographic behind that. I prefer to experiment and have my crowd grow with me and to reach new crowds. I don’t just rap—I actually make music. That’s why it takes time. These sonics represent me,” quoted Rocky.  The latest album also included samples from psychedelic rock band Tame Impala, as well as features with Frank Ocean, Kid Cudi, Skepta, and FKA Twigs — it could be considered as an experimental hip hop piece.

In addition to his music, his videos are always a big inspiration as they tend to focus on a specific theme and sometimes have symbolization in them, like in his music video  Sundress — which had a very psychedelic touch to it.  His video “F*** Sleep”with FKA Twigs was also ahead of its time with the extreme futuristic theme. His video for “Gunz N’ Butter” definitely shouldn’t go unnoticed either. The music video has deeper meaning as it reflects issues going on in current society, and uses symbolism to artistically display ongoing concerns in the American economy, the meat industry, gun control, and youth audiences being brainwashed by mainstream media. His videos are always unique, creative, and can be distinguished amongst the thousands of music videos released yearly.

The bottom line is, Rocky certainly outdid himself with his creativity throughout his career. He’s not just a rapper, but adds meaning to the term “artist” within our contemporary music today.

If you’re a Toronto based fan, don’t miss the Injured Generation Tour this Friday Jan. 11, 2019 –  at the Coca Cola Coliseum.

For more on your favourite artists, make sure to follow us @HOLRMagazine.