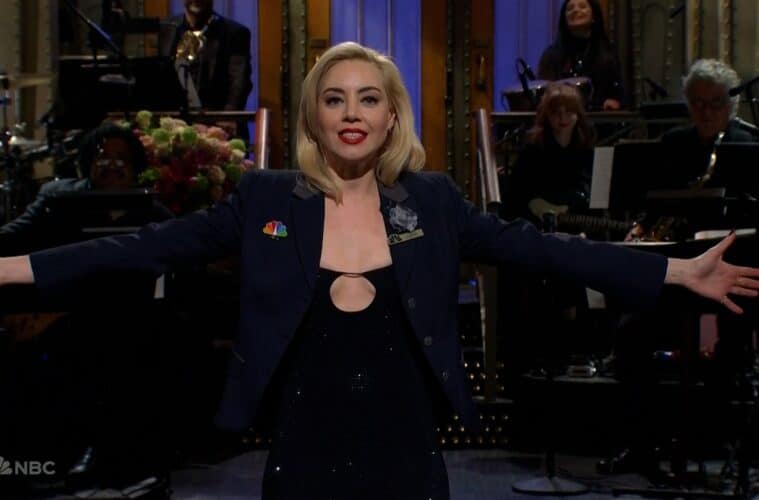 The set starts off with The White Lotus star starting her opening monologue. She goes into detail on how she is voted the most famous person to come out of Delaware, claiming she beat Joe Biden. “That’s a fact, He was pissed; he was livid”, she says. It then cuts to a clip of the real president of the United States, Joe Biden. “Aubrey, you’re the most famous person out of Delaware, there’s no question about that,” the president states “We’re just grateful you made it out of ‘The White Lotus‘ alive”.

Aubrey then goes into her time working as an NBC Page in college. She then puts on her old NBC uniform and gives the audience a tour of the set. Backstage she runs into Kenan Thompson and Amy Poehler.

For those who don’t know, Amy Poehler and Aubrey Plaza are actually former costars. The two had the roles of April Ludgate and Leslie Knope in the sitcom Parks & Recreation.

In their SNL bit, the former co-stars reprised characters of the show which had former viewers laughing from start to finish. 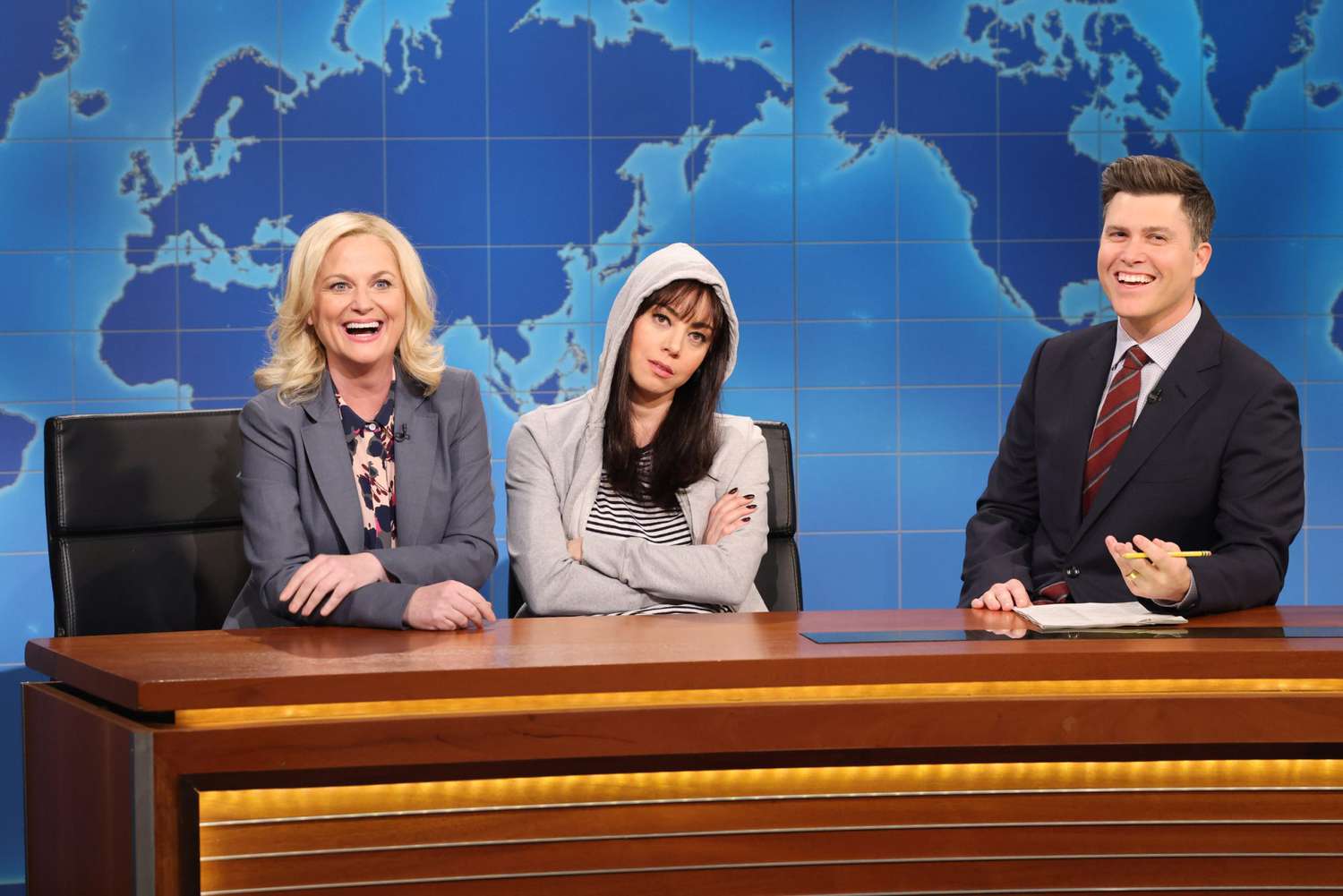 Image Credit: WILL HEATH/NBC VIA GETTY

The skit starts off with SNL employee Colin Jost. “To a recent study, local governments are having trouble hiring new employees.” Jost says,  “Here to encourage young people to get involved in local government, is a longtime employee of the city of Pawnee, Indiana, April Ludgate.”  Plaza then gets into the frame as her April Ludgate character. After some questions about different kinds of careers, Aubrey goes, “I don’t know, you’re annoying me. Just ask my old boss, Leslie Knope.” And in rolls Amy Poehler as her former character, Leslie Knope.

Throughout the night, Plaza was involved in a few different skits like a parody of the new ‘M3gan’ movie called ‘M3gan 2.0’, and an Avatar-inspired skit where she played a ‘Na’vi’- the creatures in the new movie.