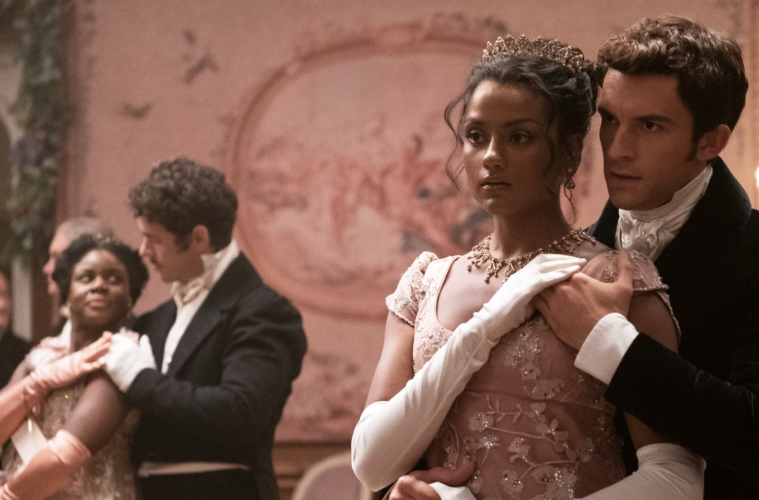 What’s going on with Season 3 of Bridgerton? Everything we know so far about why the latest installment of the hit Netflix series is supposedly delayed.

Dear reader, if there is a scandal, I shall uncover it. -Lady Whistledown

According to this article, the third installment of Netflix’s Bridgerton series is currently delayed due to “reports that executive producer Shonda Rhimes wasn’t happy with the direction the storyline was going.” As outlined in the article, a source told The Mail Online that “There are some elements that Shonda is just not happy with so wants to change them. Some of it got very dark.’

So, is this true? Pop culture platform, Deux Moi, addressed some recent comments that questioned the third season’s delay below. 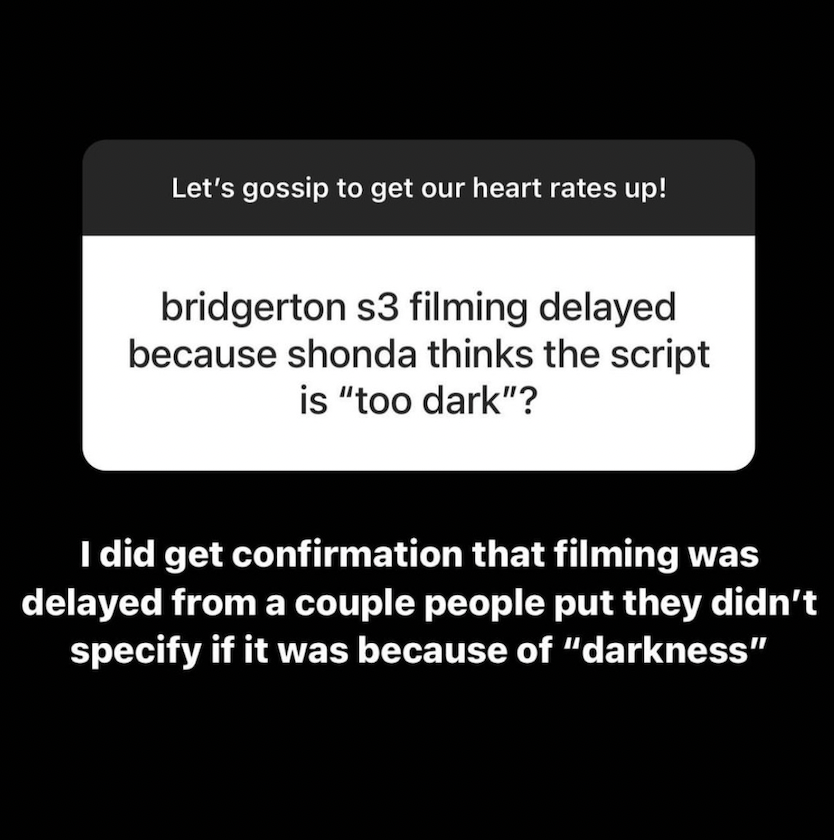 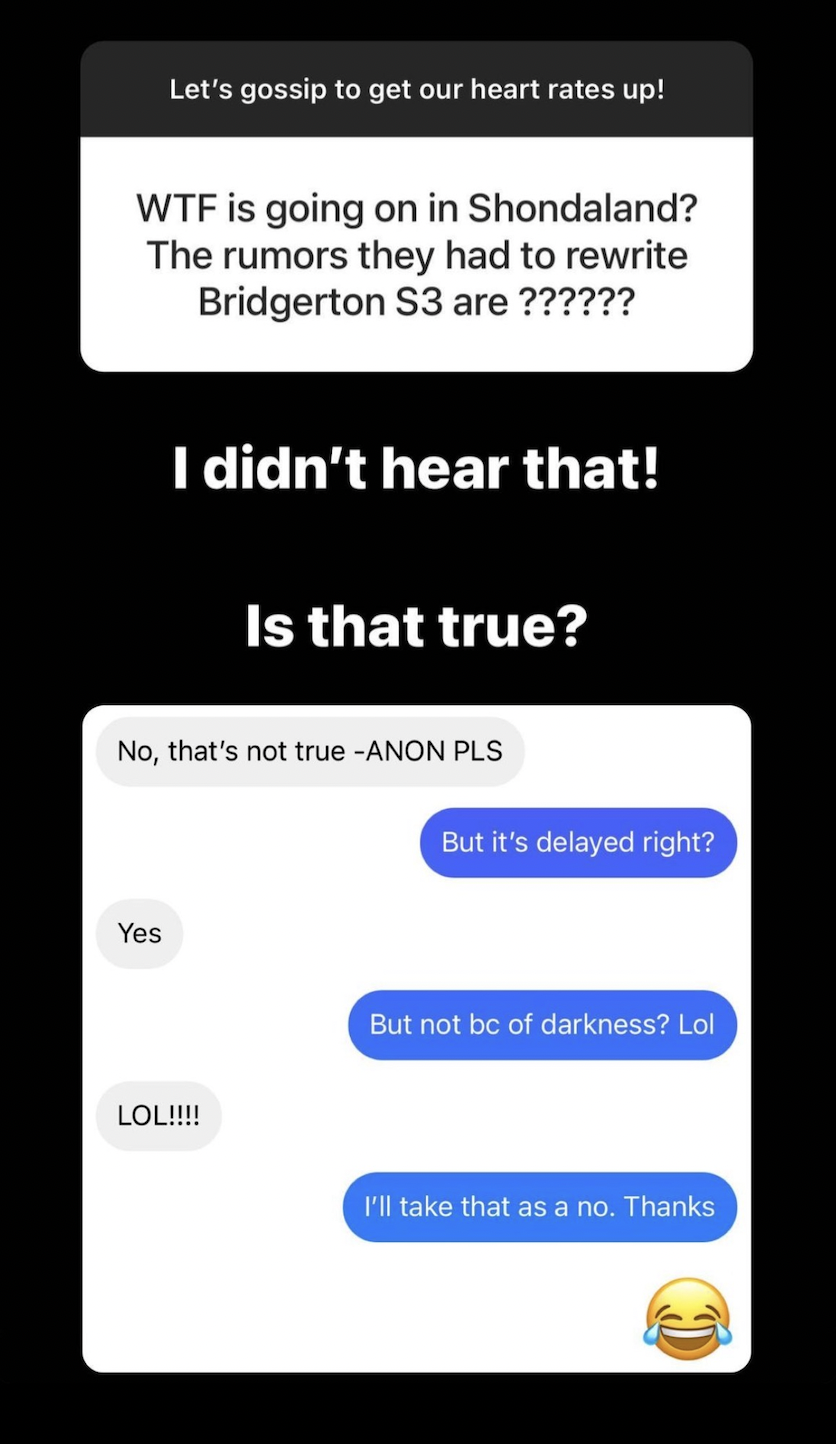 According to these recent posts on Deux Moi’s Instagram stories, it sounds like some media outlets might’ve spoken too soon. It’s not quite confirmed that the third season has been delayed due to “darkness.”

So, what’s the real reason? Media outlets and Deux Moi seem to be in agreement that Bridgerton’s production is delayed, but is it due to a supposed dark storyline that needs to be edited, or has it been delayed for a different reason altogether?

It looks like we’ll have to stay tuned for updates on this one!

As of right now, the release date of the third season has not been confirmed. Be sure to check HOLR for any news regarding Bridgerton Season 3.