In the sequel to her New York Times Bestseller, Cat Marnell gives a first-hand account of how a European getaway changed her life.

If you were to read author Cat Marnell’s firsthand account of her experiences since leaving her job as a high-profile, hot topic columnist in New York, much of it would sound stranger than fiction. Between fighting through a destructive drug habit, leaving her job, penning a New York Time’s Best Seller and culminating her spiral by burning off all of her hair, there is a lot to Cat’s story – but there is also so much more. In the follow-up to her best-selling debut How To Murder Your Life, Cat shares tales from her escape to Europe.

The project, aptly titled, Self Tanner for the Soul, chronicles Cat’s quasi-coming of age through diary-style vignettes of her journey to self discovery and growth. Timed perfectly with the rise of podcasting, Self Tanner for the Soul was released in audiobook format in collaboration with Audible.ca and it makes all the difference. Hearing Cat’s stories in her own voice makes them more real and more relatable. After a while, it sounds less like an audiobook and more like a phone call from a friend.

HOLR caught up with Cat after the release of Self Tanner for the Soul to hear her take on getting personal and details on the TV adaptation of her debut book. 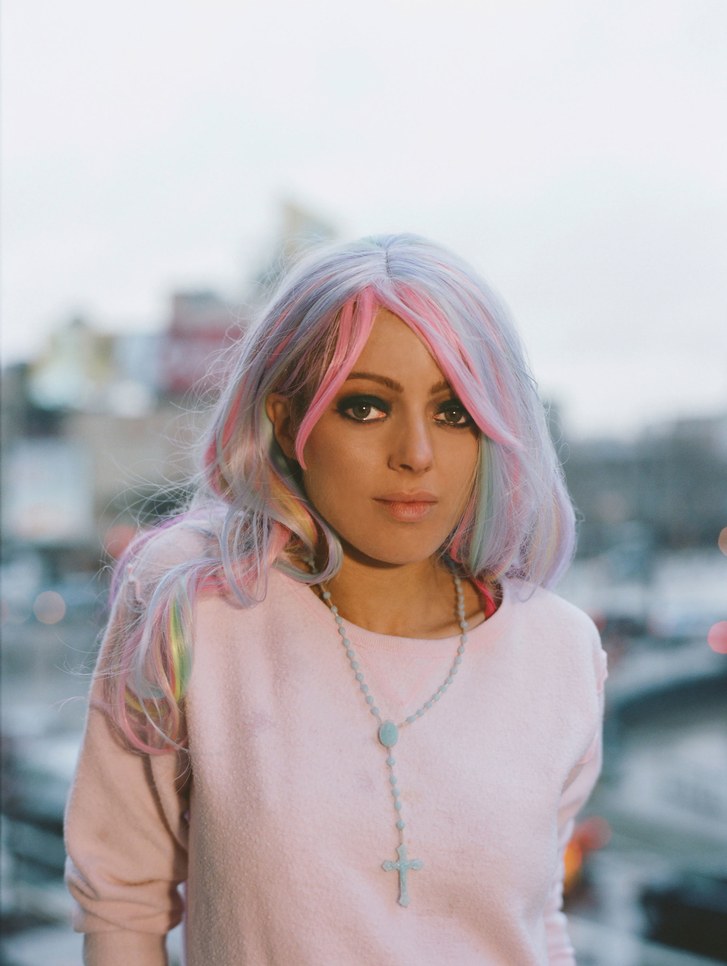 HOLR: How did you work up the confidence to share such an intimate part of your life?

Cat Marnell: The thing that I was most scared about was how boring it might be and how mundane it is. First of all, no writing is that scary, because you do control it. But in this era where we’ve read everything fictional, or these fancy versions or reality, I wanted to make something lower to the ground. I like that it’s real. It’s not glamorous or anything. Anyone can do what I do. Anyone can go to Europe and spend the money that I did. I was staying in $10 hostiles and buying $4 glasses of wine sometimes. So the realities in the diary are appealing because you can see how someone affords a lifestyle that seems so glamorous on Instagram.

HOLR: Was it intimidating to have your debut book be optioned for TV? Did you feel like you were relinquishing control of your narrative?

CM: It’s a very weird thing. There are some pretty famous situations of people who have sold their books and then it’s in all the columns how annoying they are. And everyone is talking about the writer who clearly needs to let go – I don’t want to be that person. I do think that I can elevate material and I try to make it clear when I’m working with people. When I’m fighting for something, it’s not me projecting what I would do, I fight for details that will make it better for the show. There is so much out there to watch and so much out there to read. I like details that are specific and I like weird shit that people haven’t seen. For my work, whenever I work with other people, whether it’s an Audible Original or a TV show, I want it to be the best. So I will fight for them. I think it’s just about getting people to trust you.

HOLR: What will your title be for the TV adaptation of How To Murder Your Life?

CM: I’m co-writer and I forget what’s in front of my producer credit.

HOLR: When you got your start in the journalism world, what made you want to infuse your own stories into your column?

CM: For me, that turned into my problem; always leading the story. That’s why I really love this Audible project because it was about the adventure and the travelling. No matter what I’ve done, I’ve always made an effort to write about things outside of myself. So even though How To Murder Your Life was autobiographical, it was about other people; my bosses that I worked with, people I looked up to, and people I hated. Now this book is about all these countries that I went to and all of their different cultures.

HOLR: What made you want to release this project as an audiobook?

CM: This Audible project has been really lovely from start to finish. And I can’t say that about anything where I’ve ever written or had a deadline. I didn’t even have a deadline for this. I believe it’s a great privilege to be able to do things when you’re ready and I try not to take on things that I can’t handle. But somehow, writing this as a diary made it so that I actually did write every day. Inherently, in writing a diary format, you’re breaking it up into manageable chunks because it’s just day-by-day. Being on the train (in Europe) helped too because I could be stuck in the seat writing, but moving at the same time.

You can find Cat’s audiobook, Self Tanner for the Soul on Audible.ca.