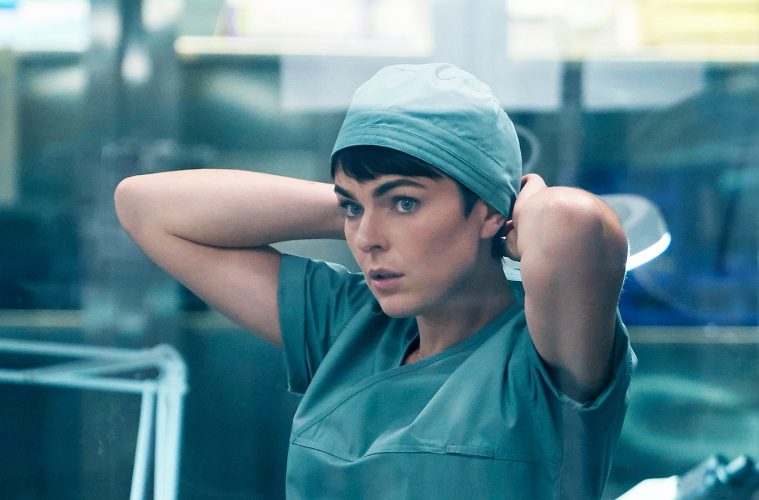 You’ve been waiting for it and they delivered. CBC’s hit drama series, Coroner is back for a second season airing every Monday at 9 p.m. (9:30 NT) on CBC and CBC Gem. We sat down with the talented Serinda Swan who stars as Dr. Jenny Cooper, the ER Doctor turned Coroner. Join us as she gives HOLR a behind-the-scenes look at what goes into creating this epic Drama. But first, let’s take a peek at what we can expect from Season Two.

If you haven’t seen the Coroner yet, you need to get on it! Season One was the #1 new Canadian series. The first episode opens with Jenny having a psychotic breakdown while her husband is dying in front of her. However, instead of saving him, she starts hallucinating, as her son desperately tries to bring her back to reality to save his father’s life.

Jenny’s dealt with mental health issues in the past, but this time she cannot suppress the trauma. She’s no longer able to work as an ER doctor and thus becomes a coroner which presents a new set of trials. Jenny embraces her new role by fearlessly searching for answers. Uncovering the mysteries behind the deaths of her patients. In search of this truth, she begins to uncover her own, unveiling the realities of her closest relationships. 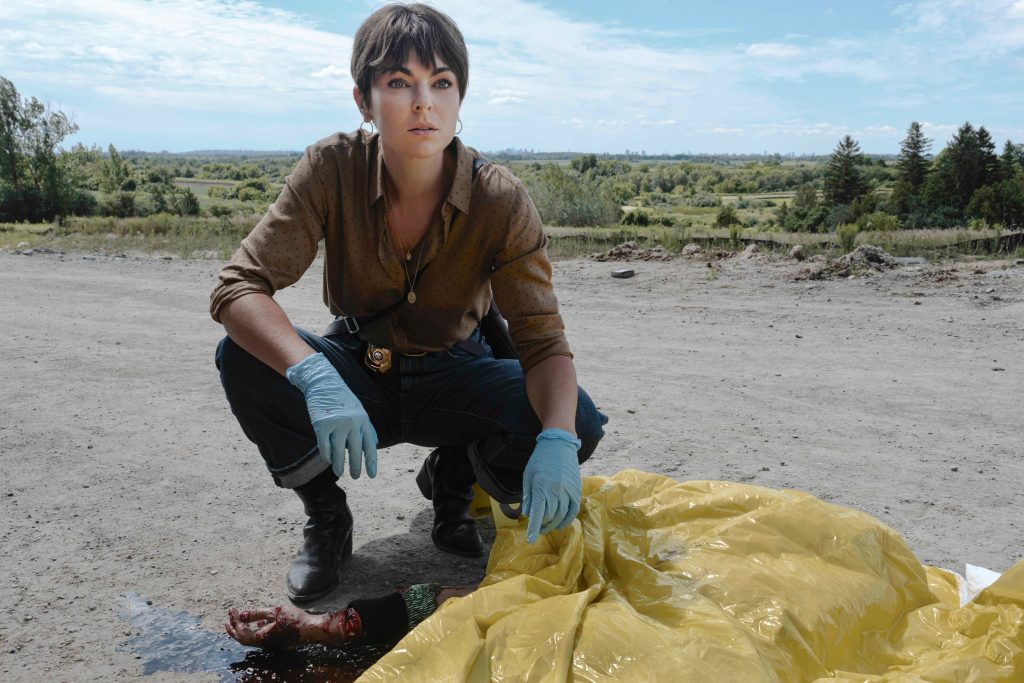 Starting this decade off with a bang, season two of Coroner plunges into even darker territory. Where Jenny Cooper, faces new challenges. With her father’s dementia worsening, her son stumbling into adulthood and an anxiety affliction mounting. Jenny stands to lose everything. If she doesn’t figure it out soon, the consequences could be fatal affecting far more than her already high-pressured position.

What I personally love about the series, is that it Serinda Swan beautifully embodies, what it means to be human and having duality. “On one side of her life Jenny is incredibly capable, and on the other side, she is just losing her mind.” – Serinda Swan 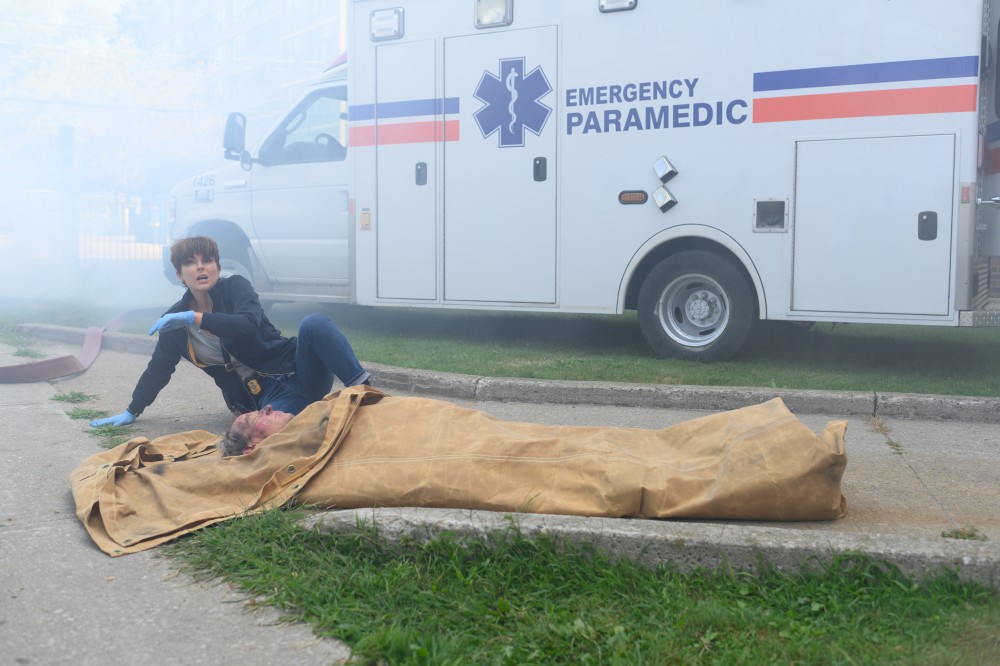 Episode 201 – premiering Jan. 6. Coroner, Dr. Jenny Cooper at the scene of the fire. Courtesy of CBC.

Just because you’re going through something personal, doesn’t mean you are not equipped to show up in other parts of your life. This exploration of mental health and compartmentalization is essential because it’s both relatable and influential as it affects people every day worldwide.

Check It Out – Our Exclusive Interview With Serinda Swan

Serinda, along with the writers and producer of Coroner are passionate about doing amazing work to put Canada on the map. Serinda also wants Canadians to change the way they talk about Canadian programming, as she puts it “One of the things I noticed is that we have this archaic saying. Ohh, that was really good…for Canadian television. We need to come in and invest in Canadian content. And demand that it ends at- that was really good television.” 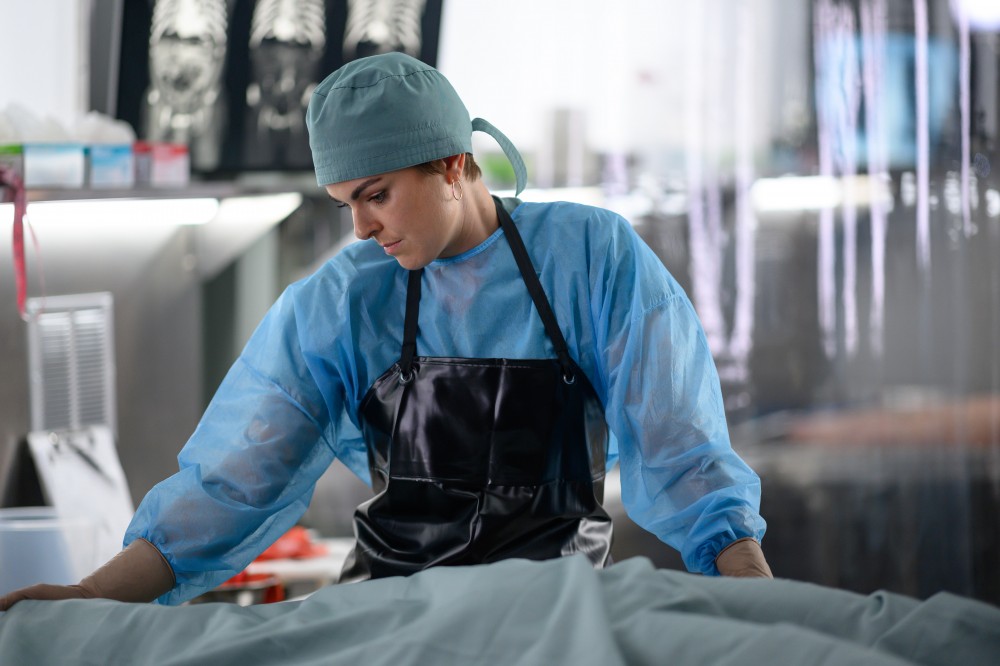 “I felt like an artist rather than a commodity.” – Serinda Sawn speaks on her positive experience on the set of CBC’s Coroner.