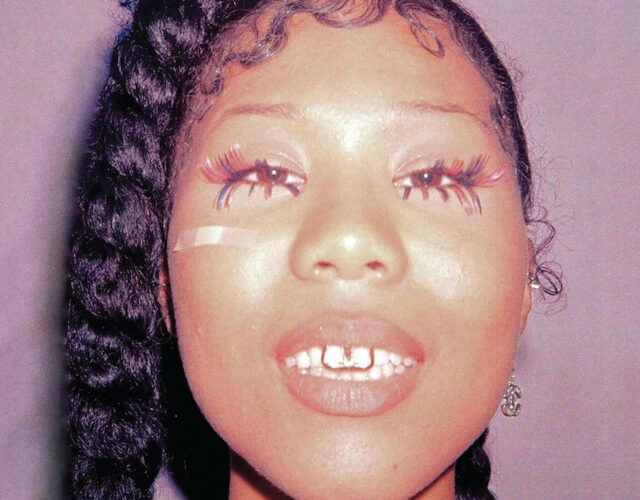 Drake and 21 Savage’s new album “Her Loss” stirred up a lot of celebrity drama and legal issues for the rap duo.

The new collaborative album was released on November 4th through OVO Sound, Republic Records, Slaughter Gang Entertainment, and Epic Records. The two have featured on a lot of significant hits together, like “Jimmy Cooks”, “Knife Talk” and “Mr.Right Now”, but their latest duet is giving less “Certified Lover Boy” and more “Savage Mode”.

Is it really her loss?  According to Alexis Ohanian, it’s not. It’s definitely not a secret that Drake and Serena Williams had a long-lasting fling that all started back in 2011. The infamous Drizzy tweet “I can’t wait to put it on you and make you sweat…” had Serena Williams fans focusing less on her skills on the court and more on her skills in bed! The tweet was a flirtatious joke back then, but it had fans speculating that something romantic was happening between the two stars. And they were right! Drake was spotted attending many of Serena’s matches during their relationship, he even supported her in London at Wimbledon Championship in 2015 where is conquered her opponent, Garbiñe Muguruza. They even shared a passionate, not-so-private kiss after her Wimbledon win at a restaurant in Cincinnati. Unfortunately for Drake, his kiss couldn’t keep the Olympian out of Alexis Ohanian’s arms. Shortly after their split Serena tied the knot with her doting husband, the co-founder of Reddit, Alexis, in 2017. The couple has been together, free of worry, ever since. They shared the birth of their first child, Alexis Olympia Ohanian Jr in September 2017 just a few months before their beautiful New Orleans wedding in November. Many thought that Drake accepted his loss after Serena’s wedding in private, but as we all know Drake wouldn’t be Drake if he didn’t find a way to slide a jab within his lyrical flow. The rapper called out the co-founder of Reddit, in his new song “Middle of the Ocean” claiming Alexis is a “groupie” because he denies having a problem with Drake. Unfazed, Alexis seamlessly responded to Drake in a tweet stating “I stay winning…being the best groupie for my wife and daughter”.

Megan Thee Stallion doesn’t feel like she lost much either The Houston rapper, Megan Thee Stallion certainly had her fair share of losses in the past few years. In August 2020, Megan claimed that the Canadian rapper, Tory Lanez, shot her in the foot after a heated argument upon leaving a pool party at Kylie Jenner’s house in July 2020. Both rappers are currently undergoing trial for the incident that took place that evening. However, the sensitive nature of the topic didn’t stop Drake’s wordplay, on his new song “Circo Loco” he rapped “this b*tch” lie ‘bout gettin’ shots, but she still a stallion”. Even though it is unclear exactly what Drake was referencing in the new song, fans and Megan took offense to the lyric immediately. She quickly took to Twitter stating “since when tf is it cool to joke about women getting shot”. Clearly, she was unhappy about Drake’s statement and went on to tweet “I know I’m very popular but y’all gotta stop attaching weak ass conspiracy theories in bars to my name lol.” Drake has yet to respond to Megan about the accusation, leaving a lot of room for conversation for rap fans around the world.

This album was definitely not a loss for Vogue 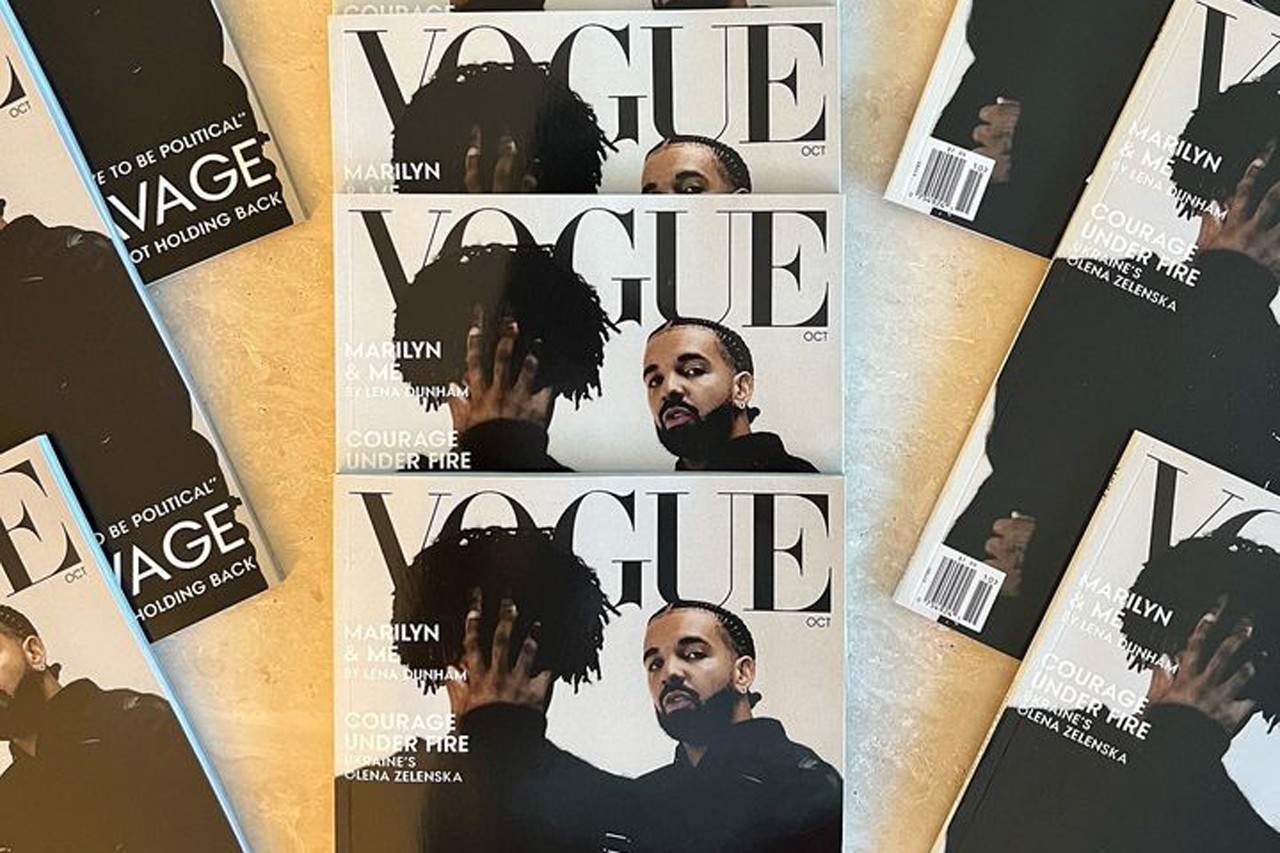 Eager to promote their album the rap duo Drake and 21 Savage created and posted a fake Vogue Magazine cover featuring themselves without the permission of Anna Wintour, the editor-in-chief of Vogue Magazine. The fashion icon and magazine publisher Condé Nast hit the two artists with a lawsuit, requesting they stop using the counterfeit Vogue cover as a way to promote their album, as well as requesting $4 million in damages. The album promotion cover was posted online and in several cities according to TMZ. The judge, in this case, sided with Vogue representatives and ordered Drake and 21 Savage to stop using fake magazine covers.

All the drama, what about the music

The album “Her Loss” is doing well in spite of the drama attached to it, according to Hot New Hip Hop “the sales projections for Drake & 21 Savage’s newest album, Her Loss, have increased from 335,000-350,000 first-week units to 400,000.” This estimate will be the largest first-week estimate for a Hip Hop album this year. The sales of this album may push Taylor Swift’s album “Midnight” down to second place on the Billboard Charts if the estimated projection of sales is accurate. 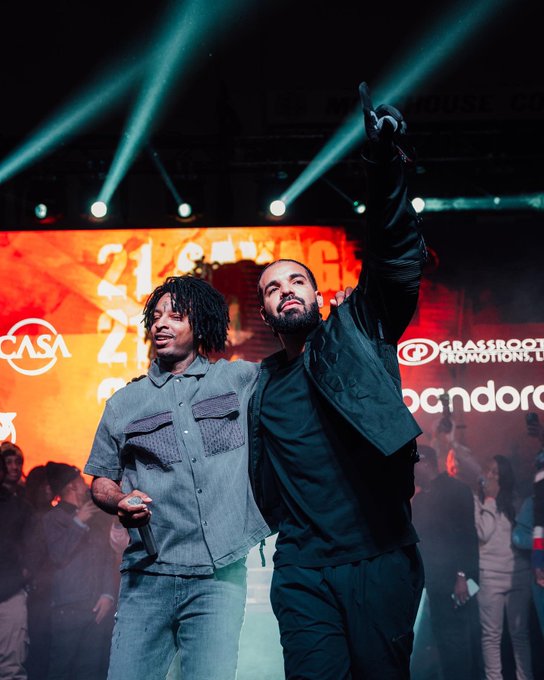 Drizzy and The Slaughter King aren’t too worried about their placements on the charts, 21 Savage told Akdemics they released the album early to give their fans a “lift up” after the death of Migos member, Takeoff. Fans are loving the new album, as they poke fun at Drake all over social media. Fans continue to use their song “Rich Flex” as the butt of their joke, making the song a trending sound on Tik Tok.