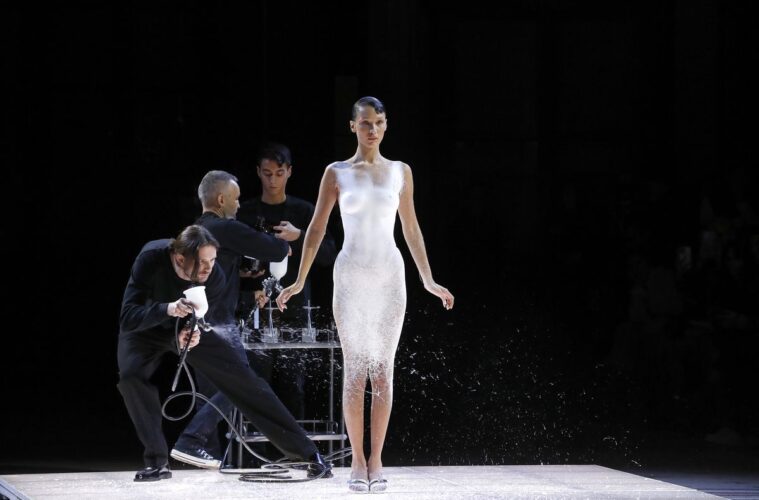 Fashion As Art: Coperni Makes Dress On The Spot During Fashion Show

This year’s Paris Fashion Week will go into the history of fashion, and Bella Hadid’s ethereal outfit by Coperni is solely to blame.

On September 30, the supermodel completely stole the show when she strutted down Coperni’s Spring 2023 runway in only her panties before walking the runway in a full dress.

Hadid wore an avant-garde outfit from Parisian designer Coperni that would be impossible to forget. The beauty of Bella Hadid‘s spray-painted Coperni dress was captured in this video, which was shot during the last seconds of the catwalk show during Paris Fashion Week 2022.

Hadid, who was only wearing her underwear, was surrounded by two artists who used Fabrican, a “special spray-on fabric,” to cover her body. From a distance, it appeared as though Hadid was being sprayed with white paint, but as the artisans added each layer, a dress that resembled an elastic band started to take shape on her body right there on the runway. 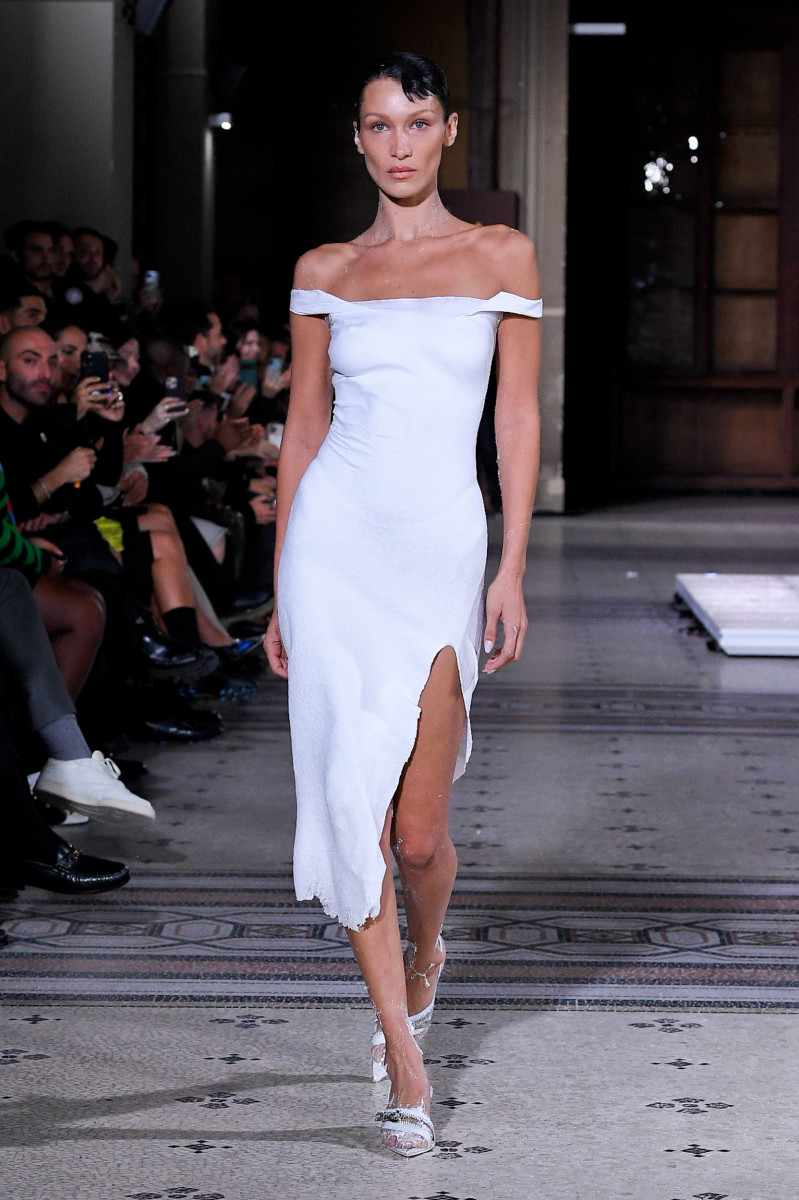 I don’t blame the crowd for gushing aloud about the show! According to Coperni’s co-founder, Arnaud Vaillant, the design was a “celebration of women’s silhouettes from centuries past,” he told Vogue.

The designer’s concept was realized in every layer of Fabrican. Hadid was a true model who took the stage while standing perfectly still and only slightly moving her body to allow the artists to work their magic.

A third artist began working on the finishing touches once the spray painting was finished. The straps of Hadid’s dress were altered and pulled down to display her shoulders after the ragged edges were fixed.

The slit that was cut into the thin dress was another obvious change that gave the rather elegant look a little more edge. Once all the necessary corrections had been completed, Hadid confidently walked the runway without once pausing to fix her outfit. Watch the entire jaw-dropping runway in the video below.

Hadid’s moment was so impressive that it brought to mind Alexander McQueen’s 1999 runway show, which also included a dress being made on the runway. Two robots painted the huge white garment that model Shalom Harlow was wearing as she stood on stage. It was unheard of at the time, but using robots in a fashion show would eventually pave the way for comparable events.

The dress moved with the same grace as satin while being made of spray-on fabric. While the rest of us are equally awed by watching the enthralling footage, Hadid fearlessly stepped onto the stage and offered guests in the front row a first-hand look at the magic.