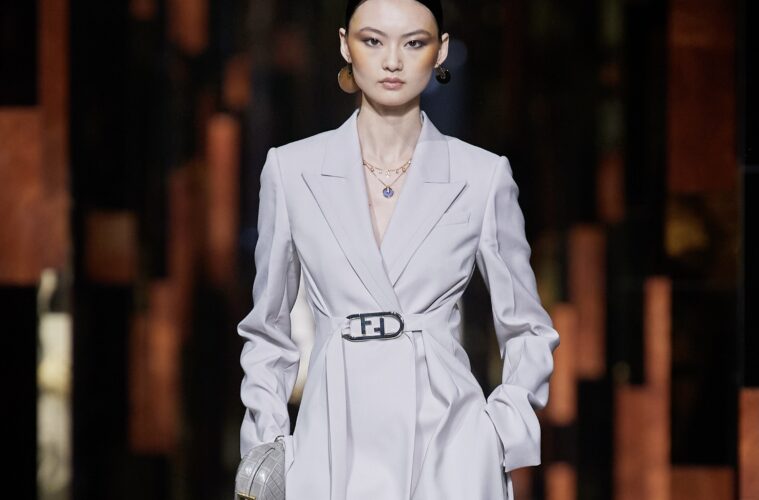 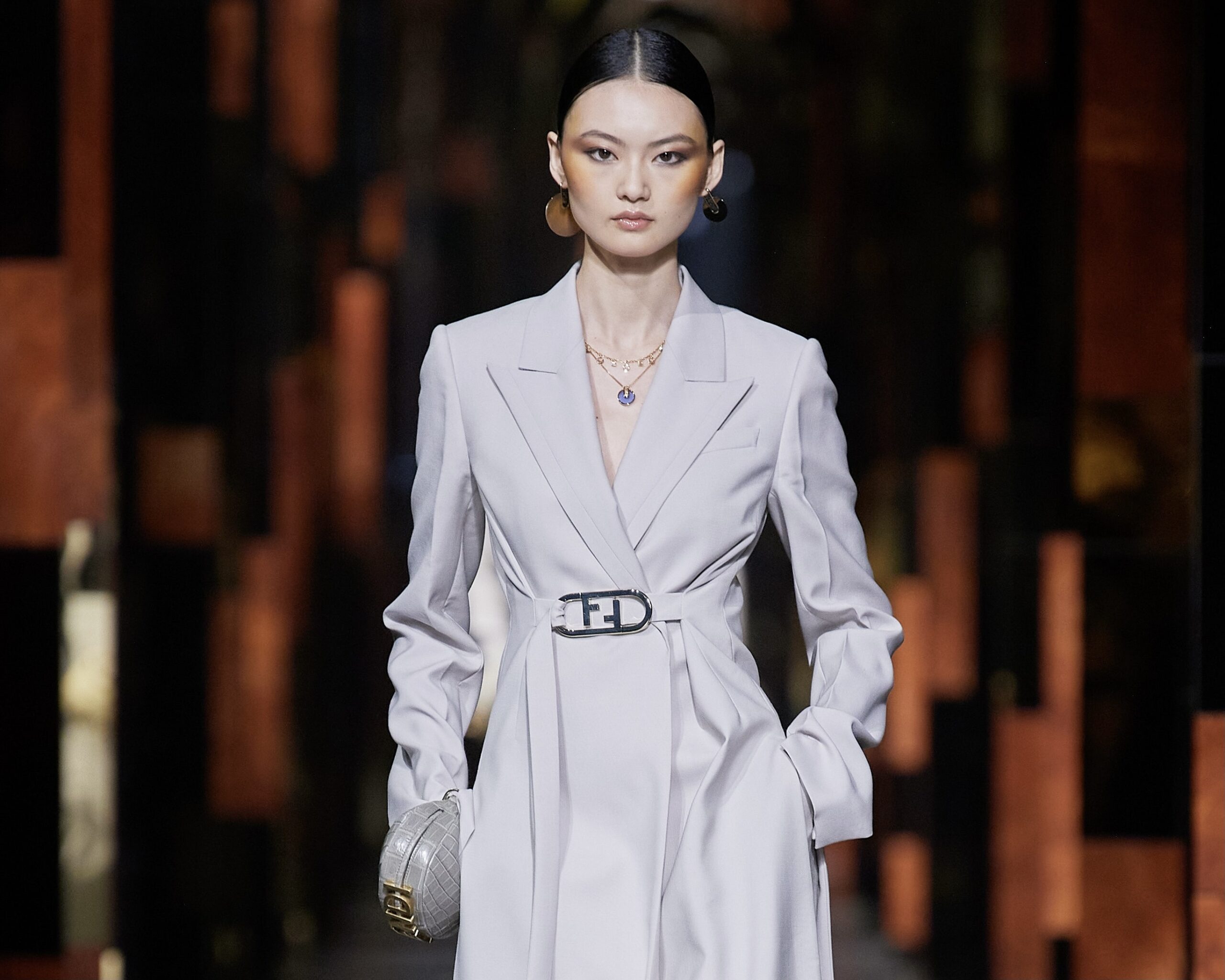 It was around this time last year when English designer Kim Jones was appointed as Fendi’s new womenswear artistic director, succeeding the late Karl Lagerfeld who helmed the brand since 1965. As a renowned menswear designer, Fendi is Jones’ first brand to tackle womenswear with. Since joining the LVMH Group in 2011, Jones has impressed his superiors so much that he now has two luxury brands under his title: Dior Homme and Fendi. He joined Silvia Venturini Fendi who has carried the brand since Lagerfeld’s passing in 2019. His latest collection was a collaborative work between himself, Silvia Venturini Fendi, and Delfina Delettrez Fendi. Both women serve as the brand’s menswear and accessories director, and jewelry artistic director respectively. 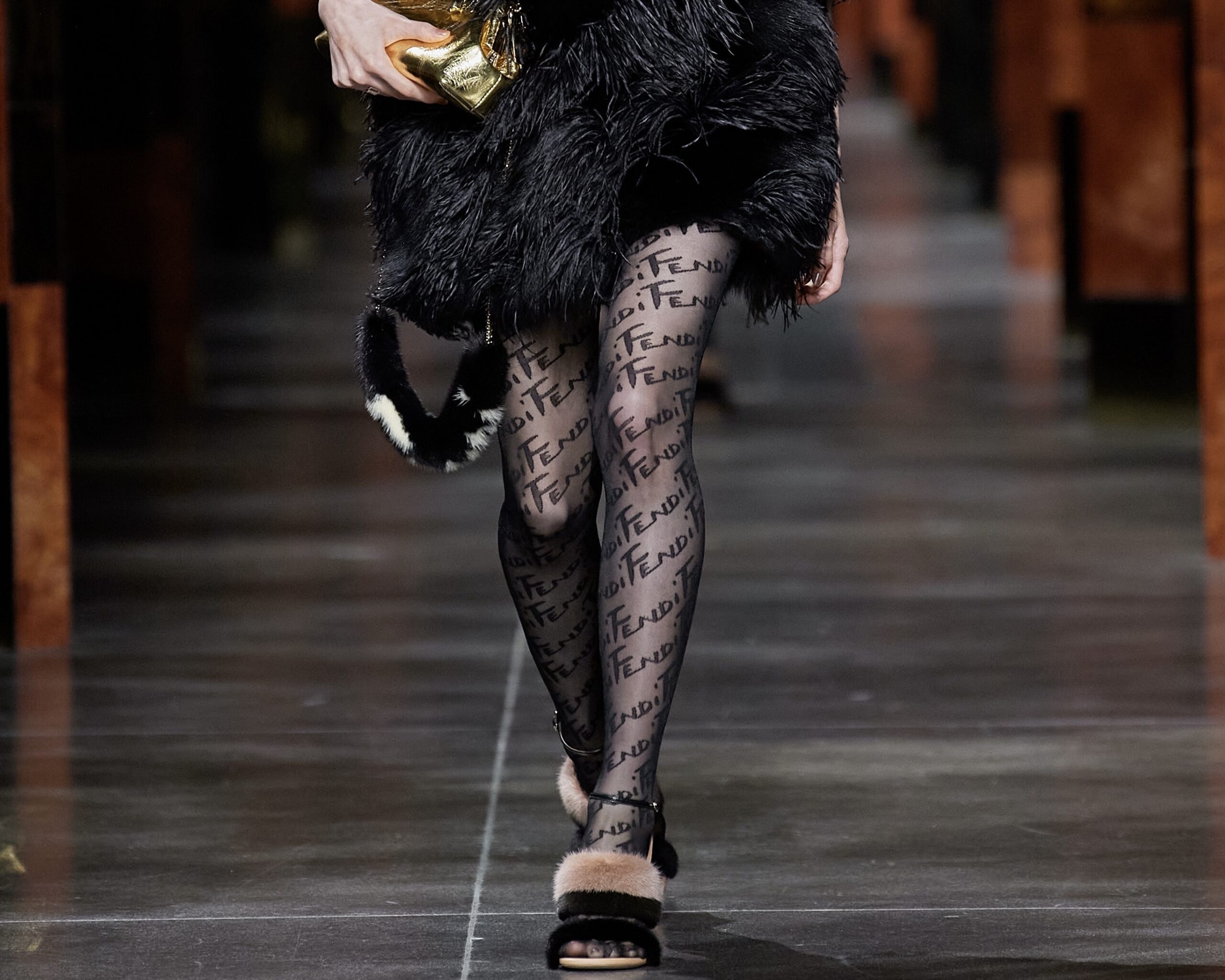 The Studio 54 inspired runway show was Jones’ first in-person show for the brand. The show’s venue featured arch walkways and smoke mirrors that juxtaposes Jones’ sharp tailoring and clean lines. The collection is inspired by Puerto Rican illustrator, Antonio Lopez. Lopez was one of Lagerfeld’s close friends. As a designer, Jones has been known to honour a brand’s rich history by embedding its own identity and modernizing it. This time, he paid tribute to his successor’s old friend. Jones travelled to New York City and dug up archive artworks from the late illustrator– one of which included a Fendi script logo. The said script logo was seen on tights and silk kimonos. The Studio 54 inspiration was also a nod to Lopez, as he was known to frequent the nightclub during the disco era. 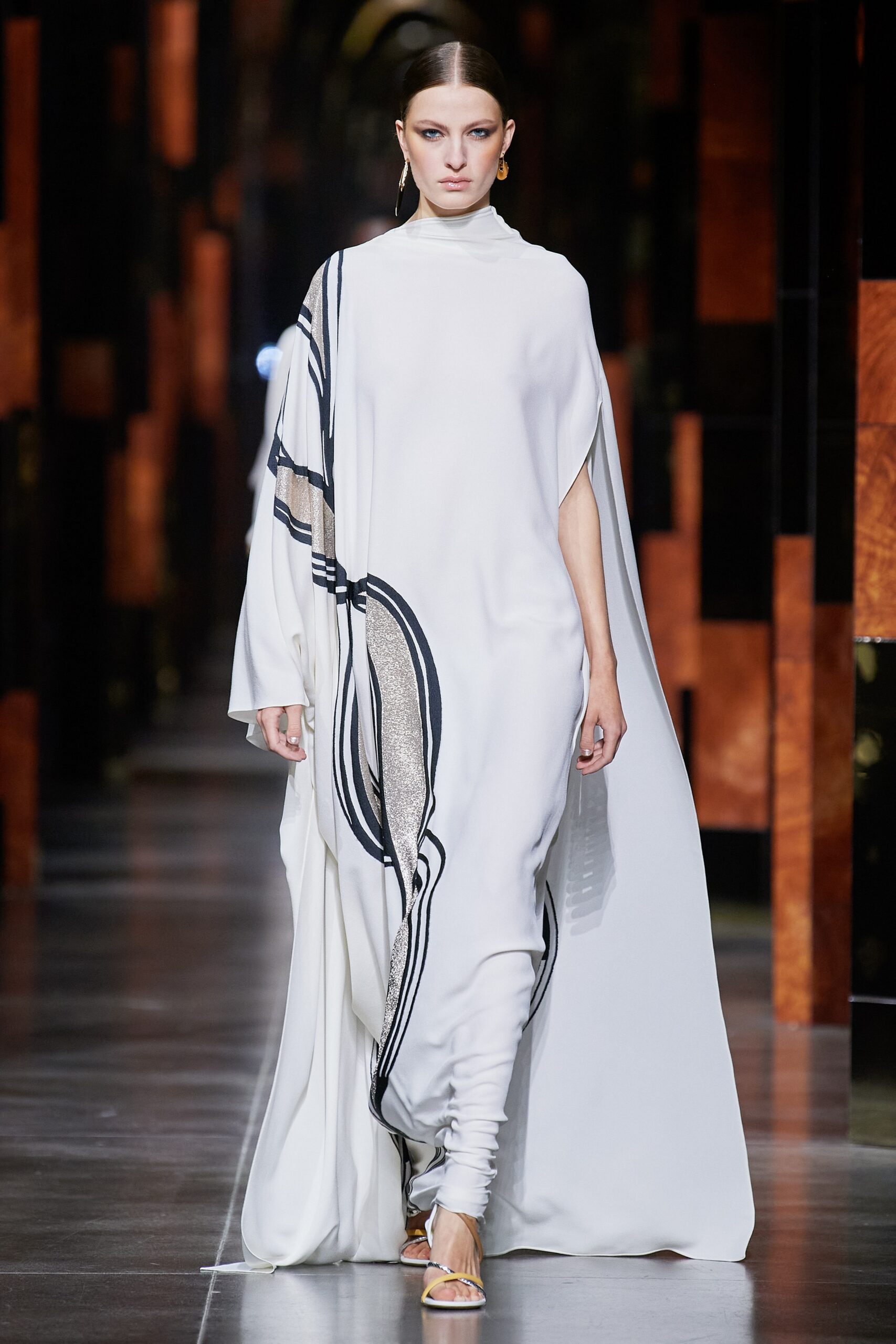 Other than the Fendi script, Jones also used Lopez’s brushstroke and imposed it on kaftans, fur coats, and blouses. A Jane Forth’s red-lipped portrait done by the illustrator was printed onto coats and mini dresses. 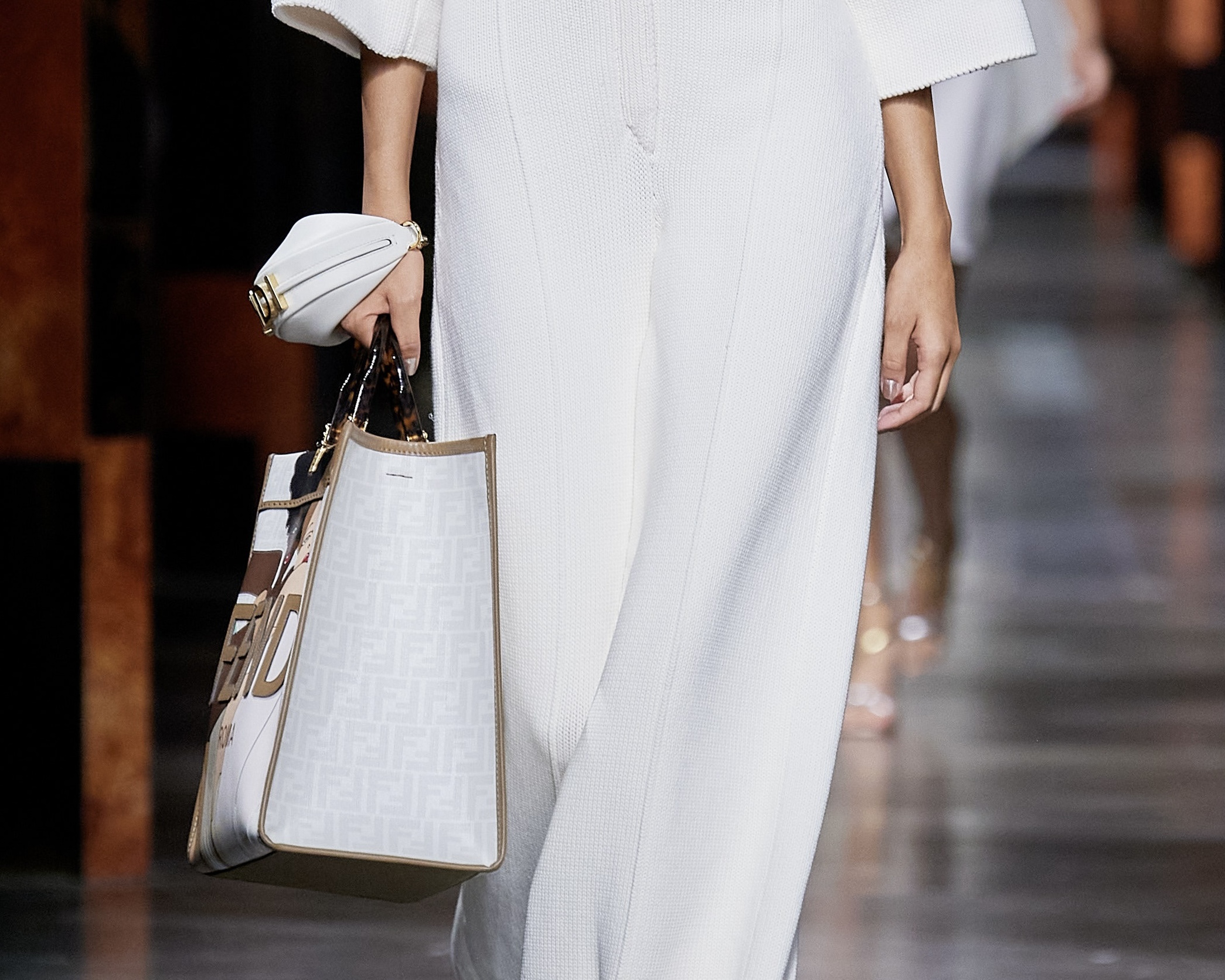 The accessories were just as strong as the clothes. More archived illustrations were seen on leather intarsia bags and boots, and leather wrist cuff bags were among the most coveted bags in the collection.

In true “Fur is Fendi and Fendi is fur” fashion, Jones did not disappoint when it came to designing the brand’s well-known identity. The use of fur was seen on printed coats, sandals, shearling jackets, hotpants, and bag chains. 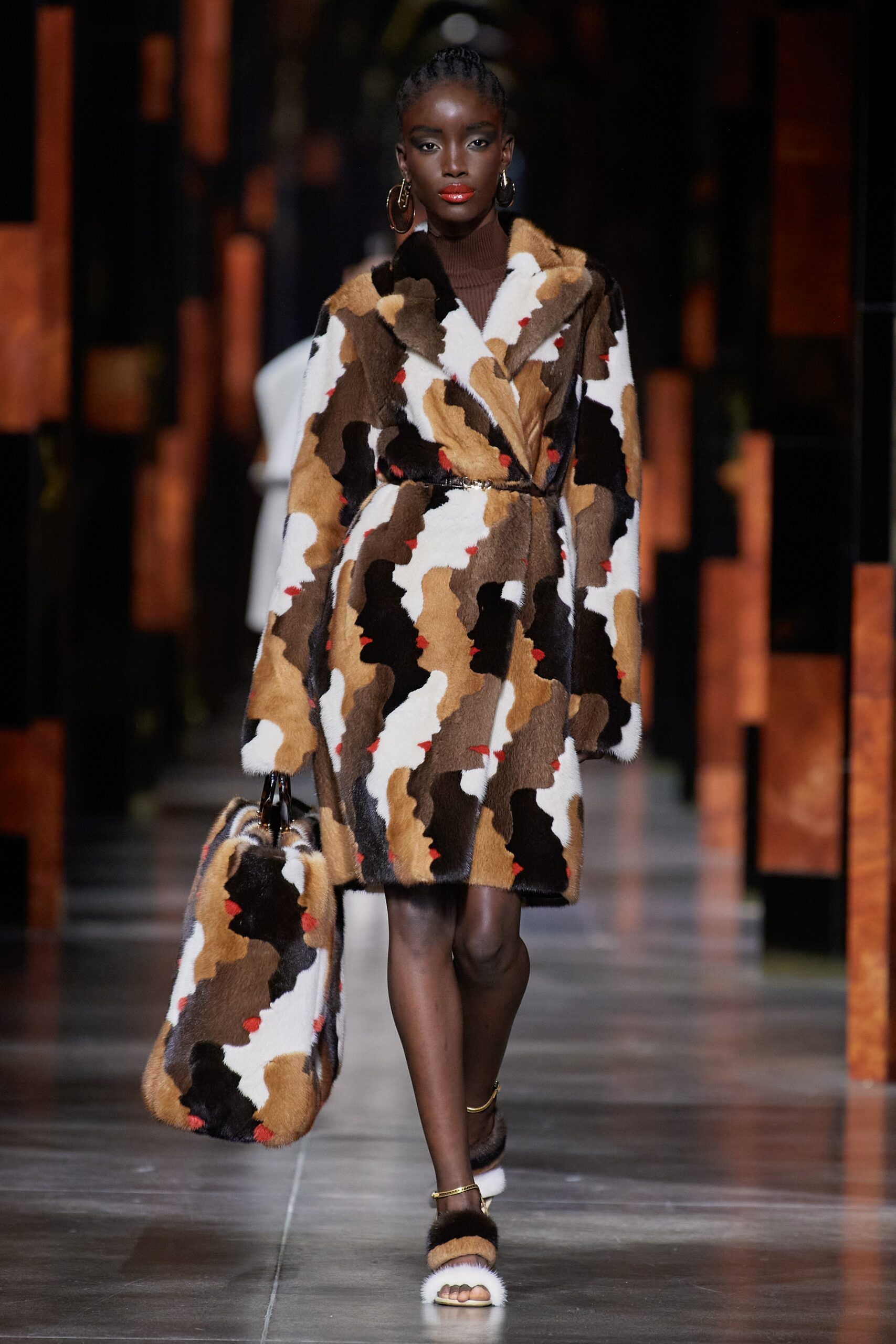 The entire collection which transitioned from white to black with dazzling pastels in between showed versatile silhouettes that any woman in different stages of life can wear. Here proves that a Fendi woman is every woman.

You can watch Fendi’s SS22 runway show at Fendi.com