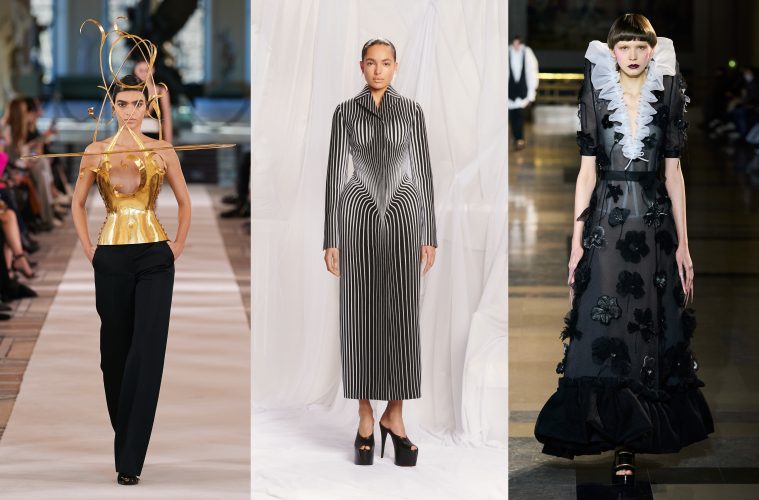 Couture week officially kicks off the first fashion month of the year. After the long and unfortunate hiatus due to the global pandemic, couture houses have finally showcased their collections live in Paris. Below are brief highlights from Paris couture week. 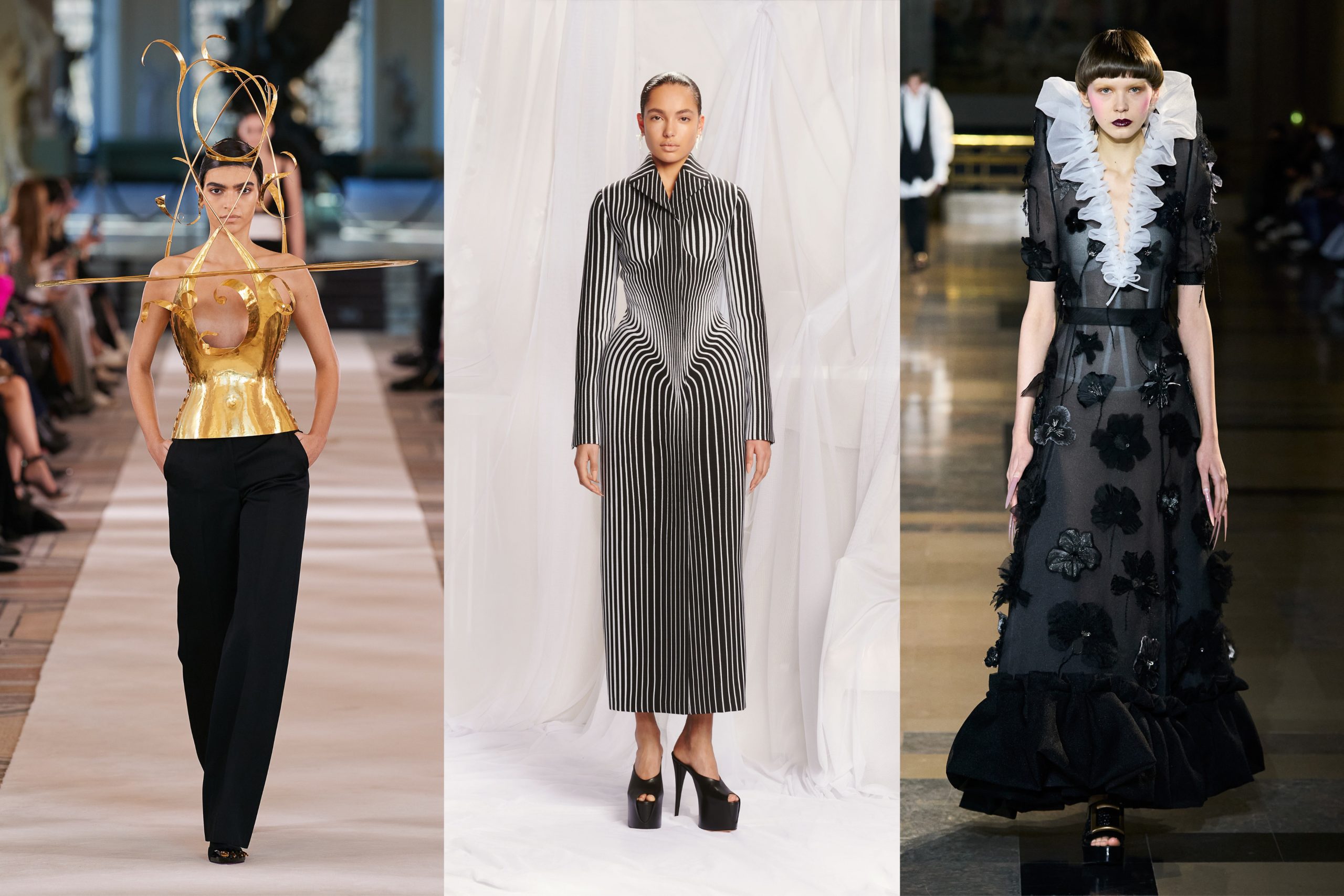 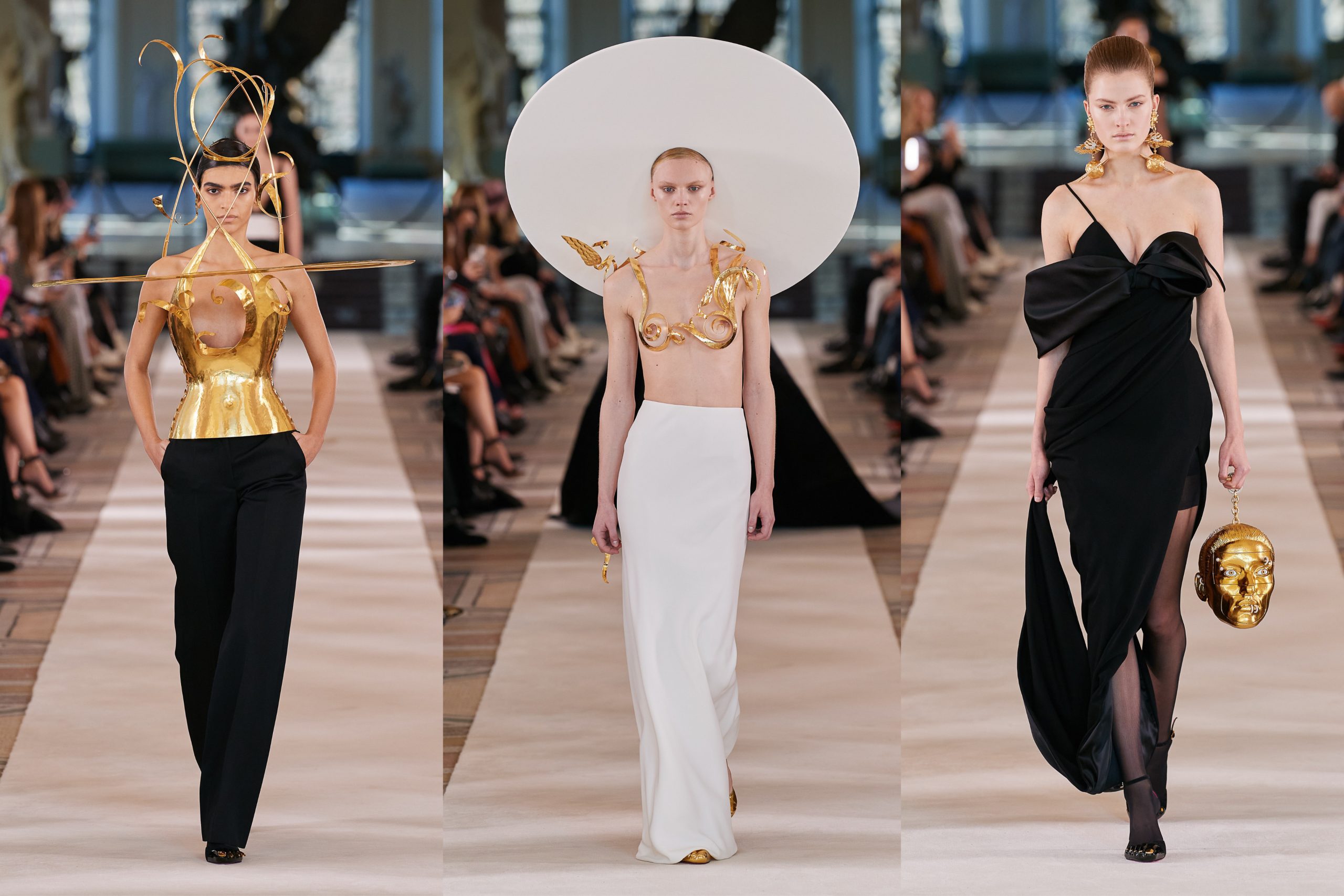 This season is a stark difference from last fall’s playful collection. While the same intricacies and techniques remained, Daniel Roseberry reimagined it with the idea of space cinema in mind. The transition from a fun, party-Esque vibe to a collection that exhibits space existentialism and sci-fi creature work was wonderful albeit severe. The wide-brimmed hats and Saturnian rings are an easy reference to the solar system while the religious motifs as seen on halo crowns, gold crosses, and intricate golden embroidery of horses (which is a possible reference to the five horses of the apocalypse) are a clever nod to apocalyptic themed movies. The tentacle-like dresses looked straight out of a creature feature alongside the robot head purse—which resembles a well-loved Star Wars character. This collection proves that Roseberry knows the good distinction between fantasy and fashion. 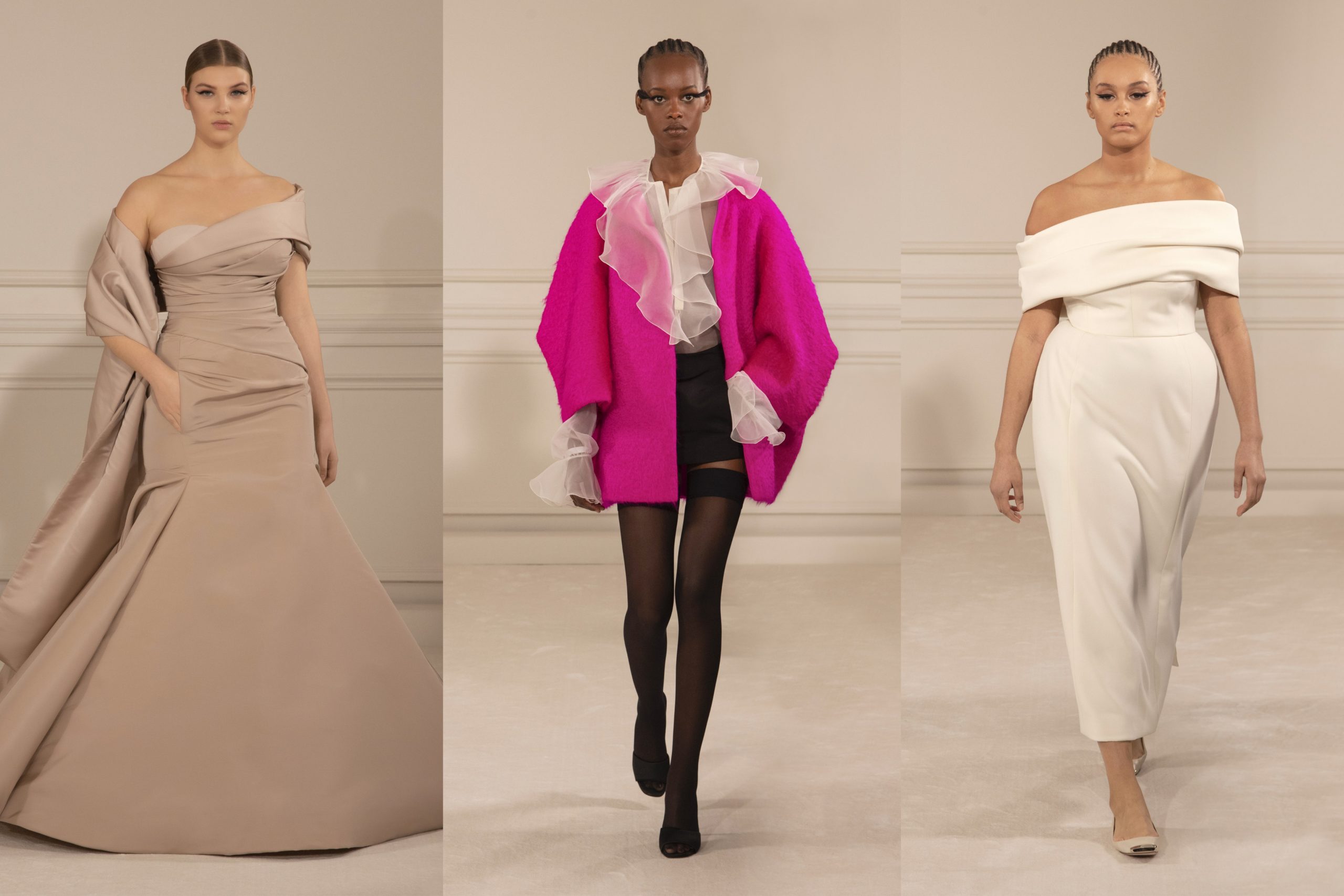 In the recent collection, models varied in age, shapes, gender, and sizes. Pierpaolo Piccioli wished to break barriers in couture by diversifying his models. His idea was to exemplify that one size does not fit all, especially in couture. Meaning that the silhouette and construction of each dress will vary depending on body shape and it’s important to show that. Breaking social constructs aside, the collection itself was not only muted in colours but also design. Though it’s great to see the distinctions of each body shape, it felt as though the models who were in the plus-size range were given clothes that were too plain for a Valentino standard. Looking back on the previous Fall collection, it was bright, bold, and exhibited this fun, Valentino girl lifestyle. This collection, however, lost all that. It’s a shame because all body shapes and sizes deserve the same fun, effervescent Valentino treatment. 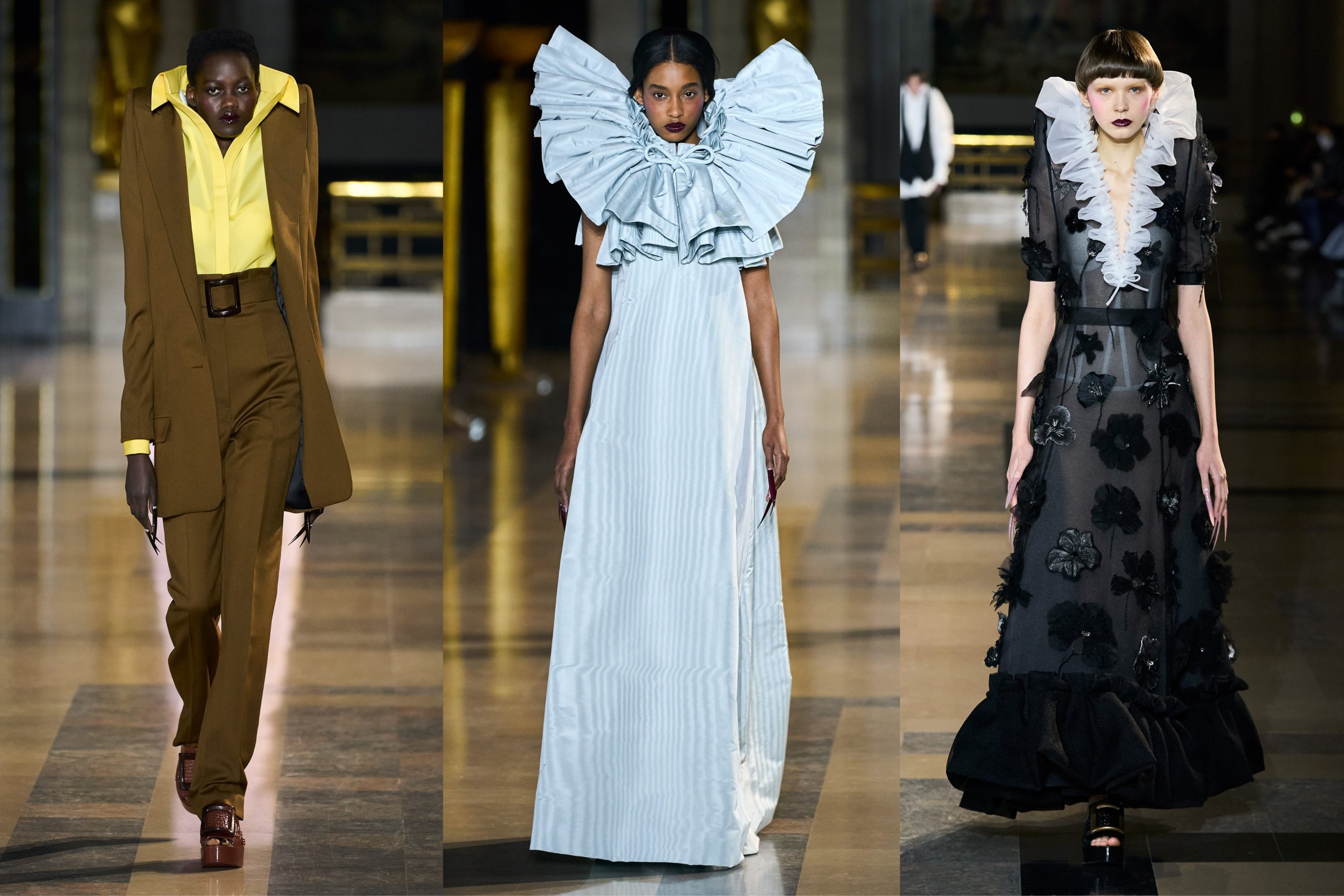 Couture is camp and Viktor & Rolf can prove that. Following last season’s Young Royals collections, the Dutch luxury fashion house pivots to the old Hollywood horror genre— vampires. The high shoulder line is a direct reference to Nosferatu. It’s quite comical but still an interesting concept that not a lot of designers have tackled. The most impressive part was obviously in the construction of the clothes. The added ghoulish yet pretty makeup and long sharp nails rounded up the vampiric high-fashion fantasy. 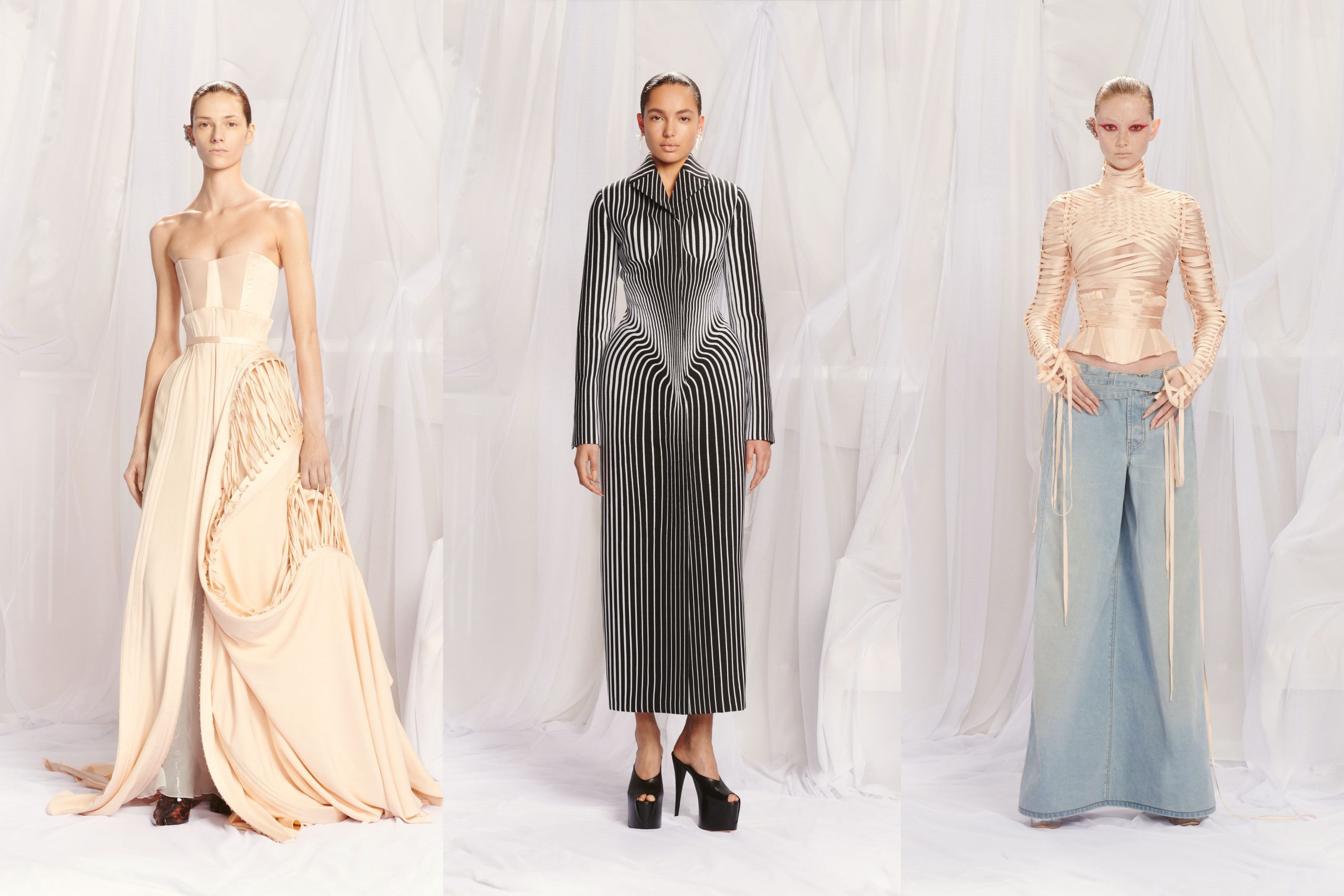 JPG Couture by Glenn Martens was the highlight of the week. The collection was very JPG without it being too much on the nose. Martens have a great way of balancing his own visions and the brand’s vision as a whole. The entire collection reeked of textile manipulation that was just so pleasing to the eyes. The prints were reminiscent of 90s JPG and since Martens is only working in JPG for one season, he said that he only wanted to give homage to the brand without thinking about the future and longevity. But after this season’s show, we only want to see Martens have a concrete future with the luxury house.