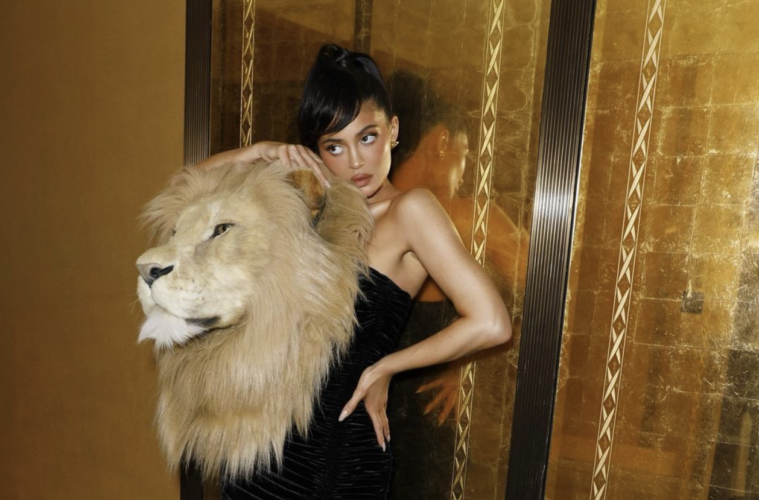 Kylie Jenner made headlines recently after sporting a Schiaparelli dress with a giant lion head attached. According to recent reports, this dress has been PETA-approved despite the star receiving some backlash for wearing it. 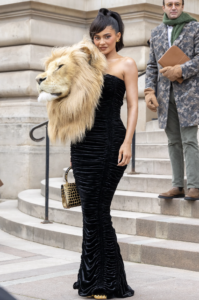 According to this article posted by TMZ, PETA approves of Kylie Jenner’s recent fashion statement. The article says that PETA president, Ingrid Newkirk, praised the look, stating, “Kylie’s look celebrates lions’ beauty and may be a statement against trophy hunting, in which lion families are torn apart to satisfy human egotism.” According to the article, she also stated, “These fabulously innovative three-dimensional animal heads show that where there’s a will, there’s a way.”

Jenner initially received backlash when she was spotted wearing the controversial piece because a lot of individuals associated the design with glorifying trophy hunting.  Jenner took to her Instagram to show off the look with a series of photos and an accompanying caption that read:

BEAUTY AND THE BEAST. thank you @danielroseberry and @schiaparelli for such a special morning. wow i loved wearing this faux art creation constructed by hand using manmade materials. beautiful beautiful.

Kylie sported the look this past Monday during the Schiaparelli Haute Couture show in Paris. The show made headlines for the unique pieces being featured which also included Naomi Campbell’s look complete with a black wolf’s head (likely also fake).

What do you think of Jenner’s latest look?