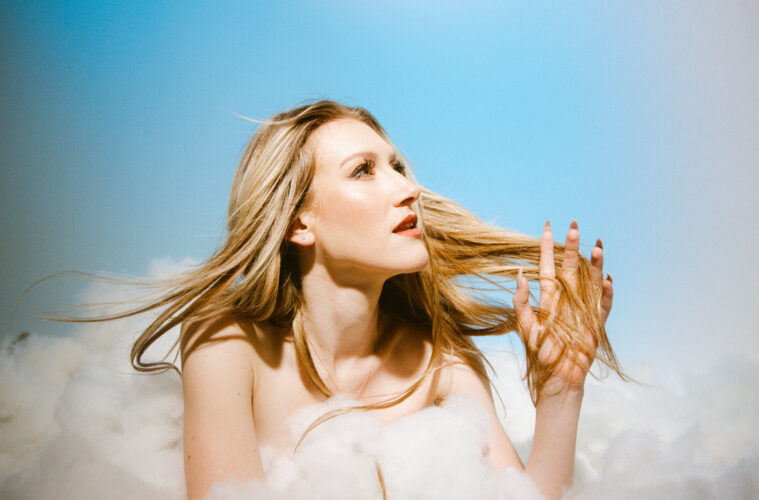 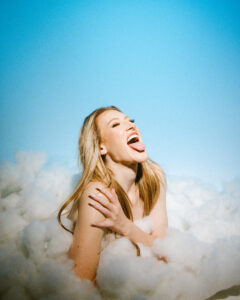 Lana Love is taking the music industry by storm with her latest EP, “Parachute.” The classically trained singer-songwriter, pianist, dancer, and actress really can do it all as she sits down to chat with HOLR about her latest project. Although Lana soft-launched the single on her YouTube channel last month, she’s super excited to share the full EP with everyone.

According to Lana, “This song is about forgiveness and detachment. The ‘parachute’ symbolizes the safety net of people who are waiting for you to come down because they don’t believe you can fly on your own. I feel a lot and I love hard. I created this song simply because I wanted to feel peace in letting go of negative patterns and people who don’t serve me anymore.”

Keep reading to learn all about Lana Love- from how she got her start in the industry to her new EP to how she incorporates binaural beats into her new single- and everything in between!

Talk to us about how you got your start in the industry.

I started very, very young. I started at four. I sat down on my living room piano and plunked out “Music of The Night” by The Phantom Of The Opera randomly. My mom was like, “Okay, let’s get her into some lessons.” I was just naturally taken by the piano and by music- specifically classical. I loved classical music as a baby. It’s a little oddball but my entire career has been a little bit oddball so it makes sense!

Shortly after I got into classical, opera, singing, dancing- anything music related! That’s how I got my start.

You’re dropping your new EP, titled “Parachute” today. Tell us all about it!

I’m so excited! I’ve waited a long time to release this and it’s the right moment. 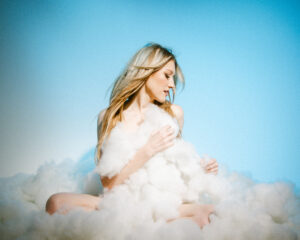 We heard that the EP will be comprised of 2 different versions of the single and that the song uses binaural beats. One version is set to 440Hz and the other is tuned to 432Hz, a healing frequency in which the intro of the song is itself a sound bath. Talk to us about the science/genesis behind “Parachute” and why you chose to incorporate these unique features.

I’ll give a little bit of background to what that means. Our bodies are made up of 80% water so anything we ingest sonically-even frequency wise- we take on. It basically transforms us on a cellular level. I watched the documentary “What the Health” and it’s an amazing documentary- I highly recommend it. I saw how they talked about water and frequencies and the way it transforms. They then did a study where they set up two different water glasses. In Group A they sang loving praises to the water glass and played music tuned to 432Hz. Then, in Group B, they played pop music and other things that were tuned to the “normal “440Hz. The molecular structure of Group A turned out to be little crystallized snowflakes when you look under a microscope. In Group B, the molecular structure turned into harsh splats.

I thought about what the music we were ingesting was really doing to us- why was I so anxious all the time? In 1935, 440Hz became the standard for all pop music. As a result, a lot of the music we listen to on the radio misaligns us on a cellular level. I wanted to have a vibrational conversation about it- not saying one is better than the other, but I would prefer my snowflakes intrinsically over here! I wanted to put out something that would be healing and informative. I am putting the song out in 2 different frequencies so that you can hear it and feel the difference.

I really wanted to heal from some things and forgive. This song is really about forgiveness. The only way to get over something is to allow it to move through you on a vibrational level in order to move past it. The Parachute represents the safety net of people who are waiting for you to come back down. In the song, I say, “Cut these strings ’cause I’m never coming down.” I think a lot of people are afraid to fly on their own because they think they won’t have a place in their life anymore.” Some people might be uncomfortable with evolution because they think they can’t come with you. I realized that and wanted to write a song from a place of already having been through the wringer and having already overcome this challenge- that’s what the song is about.

Are you excited to be heading to Spain to perform in Malinche el musical on January 26th and 27th in Madrid? What are you most looking forward to about the experience/visiting Spain?

I’m really excited about this trip! It’s a full-circle moment for me. I was a right-hand gal because I transcribed all these lyrics into English lyrics in 2016 when we performed it off-broadway. I also transcribed all of the flamenco into tap for all of the broadway girls. It’s a really cool full-circle moment to come back and sing the song I wrote the English lyrics to with the cast fully in Spanish- I had to learn the song in Spanish, too! It’s so exciting and I absolutely love the project. It’s been 7 years- the show went to Netflix last year and it was about the making of the musical and how long it takes to get something like this off of the ground. 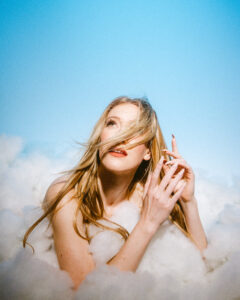 You were previously on THE VOICE as a member of Team Legend (John Legend was your coach). What was this experience like and how did it shape your musical journey?

The VOICE was one of my favorite experiences I’ve ever had and for many different reasons. I learned so much about myself and what story I wanted to tell about my life- including what I want to be known for moving forward. I wanted to put out good energy and material. I did a song called “Candy” by Mandy Moore and it’s a 90s pop tune. I thought I could do my normal Lady Gaga set initially, but I then decided that I could take this bubblegum pop tune and put an orchestra behind it and rock out to some symphonies. I wanted to do something oddball- I want to be known for sharing something different! I wanted to bring in skills that are singular for me and give the world that part of me. Then, of course, John turned and he has been so supportive both on and off camera. He’s just been a total dream to work with. All around it was amazing.

I am actually shooting for broadway again! So, I am kind of changing lanes but not really giving myself an “X” marks the spot. I really wanna focus more on who I want to become, rather than a thing that I want. I realize when I leave myself open and just focus on who I want to be and how I want to feel when I get there- including people I want to connect to along the way- I find that so many more incredible things that I never could have planned for myself start coming in. I’m leaving it up to the universe and the healing frequencies, so that’s what I have coming up!