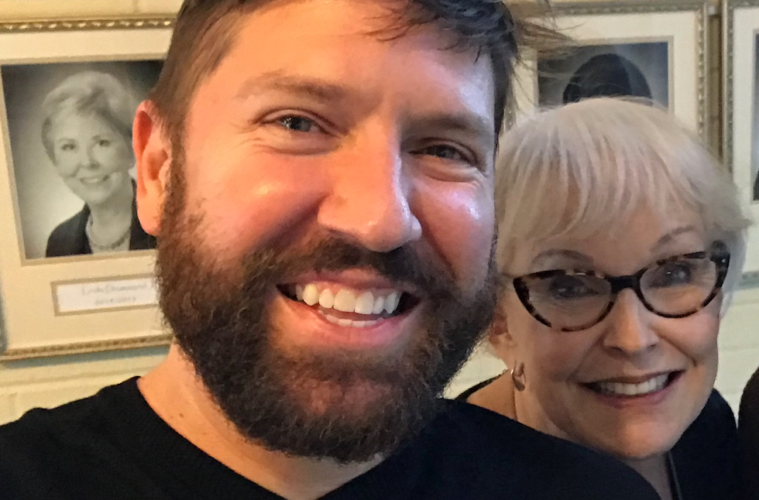 Paul Howard and Ann Benson chat with HOLR about “A Pebble in The Pond.” The film recently made its debut across digital and VOD platforms on September 13! 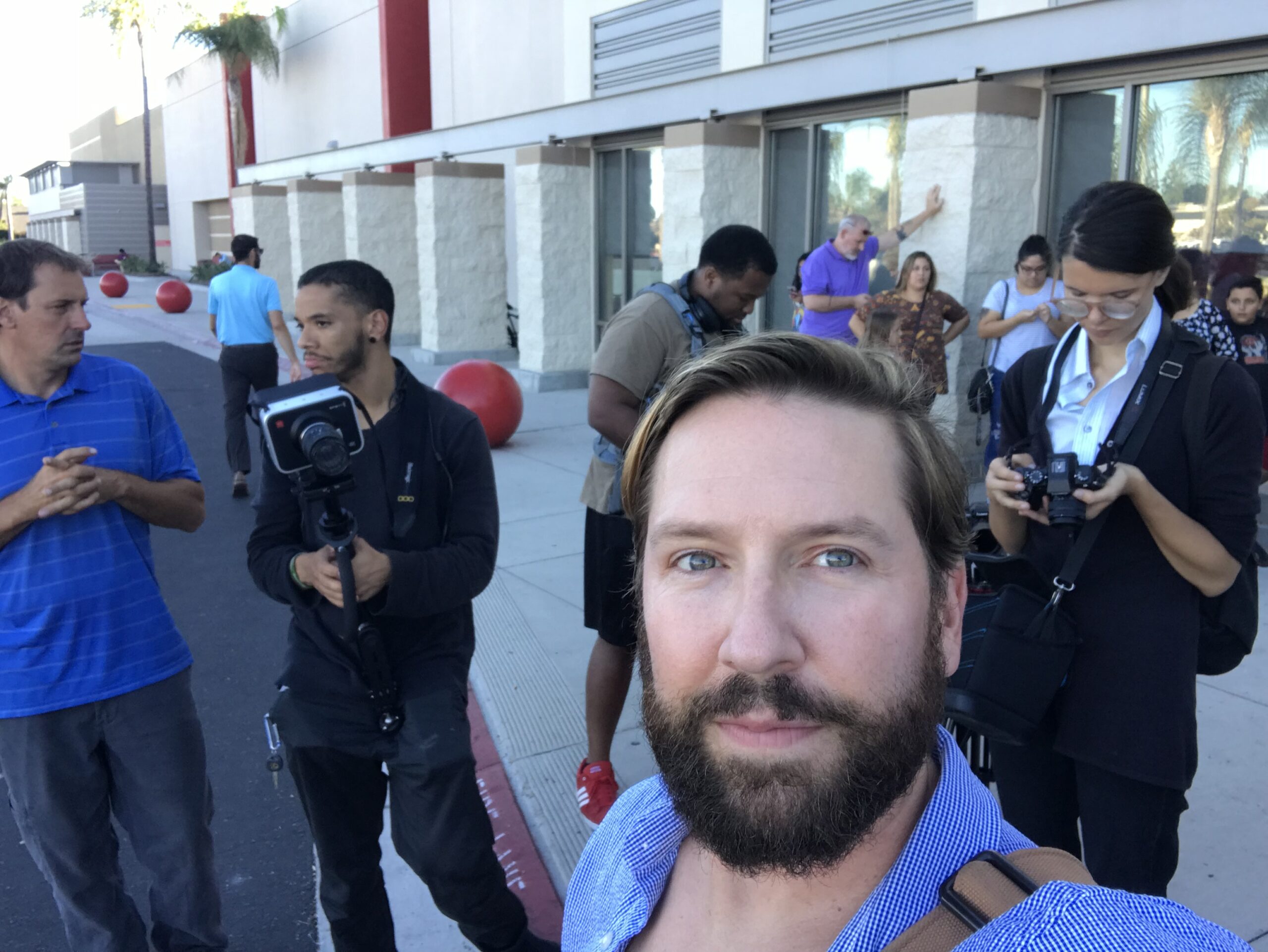 Feel-good documentary, “A Pebble in The Pond” recently made its debut across digital and VOD platforms earlier this month, and today, Director Paul Howard and Producer/Interviewer Ann Benson (Betty White’s Off Their Rockers) are sharing exclusive details of the exciting new release with HOLR.

The documentary sheds light on the non-profit organization, Assistance League. This is a nationwide charity that aims to help communities with philanthropic programs. Along with sharing the inspiring history of the organization and its founder, Anne Banning, the film reveals the organization’s signature program Operation School Bell. As a result, “A Pebble in The Pond” showcases the incredible volunteers and the lives that have been changed by those who have donated, volunteered, and organized for the greater good of their fellow citizens. 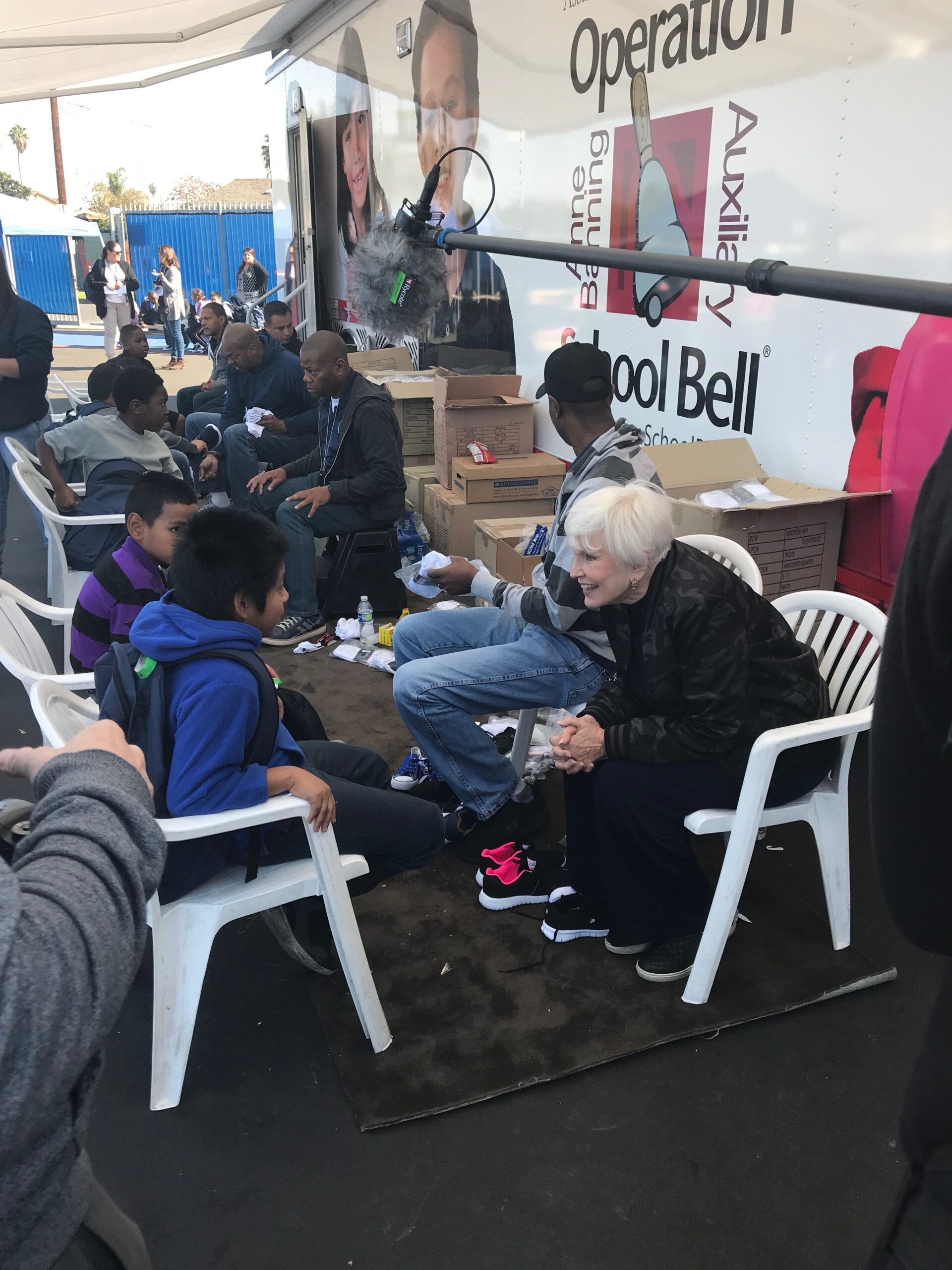 Talk to us about your interest in theatre and film, as well as how you got started in the industry.

Paul: I come from the theatre. It’s my origins and how everything started for me. It’s a funny story. In 7th grade, I chose to take an elective class of Art, which I was horrible at, but really liked the teacher. However, maybe a few days into the school year, my schedule was randomly changed by the administration with no explanation. Many of my classes were shifted, and one of these shifts changed my elective from Art to Drama! I was horrified. Honestly! I was like many 7th graders are, insecure, unsure, and finding my way and Drama class sounded like the absolute worst thing that could happen to me. Ironically, I think from the very first day, I was changed. I felt so welcomed and accepted. I ended up loving the teacher even more than the art teacher because she was such a pillar of support, warmth, and love. She encouraged her students and really is an important reminder that our educators should be valued far more greatly than we do currently as a society. They inspire and change our children’s lives. Sometimes they literally save their lives.

I also met a girl in the class who would become a lifelong friend that would change my life with her love and support and with her encouragement and that first time performing on stage, I found myself! Having an audience cheer and clap and laugh because of what I was doing… well, I was hooked!

From Junior High into High School, I began taking classes, auditioning for school plays and generally began expressing myself with films I’d write direct, and star in, routines I’d choreograph, and plays I’d act in, and my senior year I directed a show. I loved the sense of family that the theatre brings. The intense weeks, sometimes months of rehearsals and preparation, then those final days of tech that lead into finally performing for audiences. I loved every step of it and while there are always challenges, once in front of an audience, everything you went through and struggled with (in life and on stage) becomes worth it with an audience reacting to your work.

Early in High School, I began telling people I was going to be a famous actor. I haven’t deviated from this career since! From High School, I took a two-year audition-based theatre program in Stockton, then transferred to UC Irvine where I received my BA in Drama.

Once I moved to LA, after college, is when I’d say I “officially” started in the industry. I did background work for years, took classes, and generally just absorbed information and learned. I’d go to auditions and even did a little local theatre in LA when I first started. Over time I began to realize that I was more than an actor and many aspects of being an actor, the constant selling yourself or proving your worth, just didn’t gel with me anymore. That’s when I began making more of my own films which lead to Ann Asks and now to my first feature documentary film, A Pebble in the Pond! I could never have predicted the journey, but it’s been a wild ride that I have enjoyed! 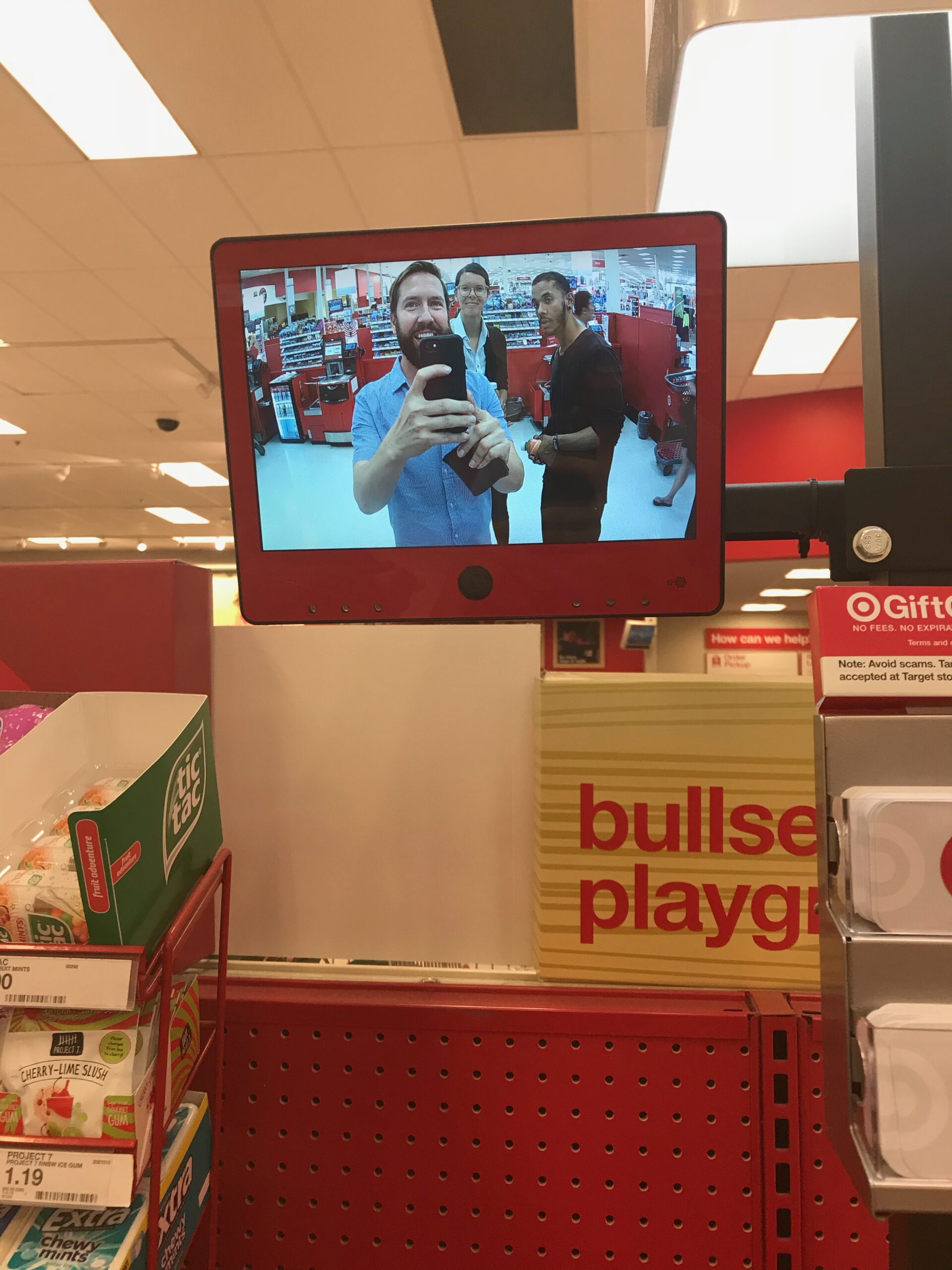 Throughout your career, you have continued to act as well as write and direct projects (those of which are often self-produced). What future goals have you set for yourself as you make your mark in the film industry?

Paul: I am passionate about many things. I can do many things. With that said, I feel like it was a bit of a journey just accepting that I don’t have to be one thing, all the time. Aspects of our industry, and maybe life in general, try to compartmentalize people. You are this. You can’t do that or you should only do this. I will always do many things and sometimes all of them together depending on the project. Acting, Writing, Producing, and Directing, are all parts of my expression as an artist. They touch different parts. That’s the other thing—different stories, or subjects, require different vehicles to be told. Is this project a docuseries or feature? I feel comfortable finally being the person I was more like in High School. The “jack of all trades” I somehow lost along the way while trying to be “marketable” or trying to please agents or managers by doing things the “right” way.

Continuing to evolve both creatively and as a person is certainly one of my goals. I also want to continue to use my skills and artistic expression to specifically educate and raise awareness. I think certain words in the entertainment industry, words as “educational” or “feel good” can unfairly put you into a column. I get it, True Crime is popular, but I don’t think that means other content isn’t either.

People don’t want to be preached to and they certainly don’t want things shoved down their throat, but if you are telling entertaining stories, they absolutely can be inspiring positive stories! In fact, I’d go as far as to say people crave more of these types of stories. ESPECIALLY with all that is happening in the world. I think we’ve all been conditioned by the current state of media, that doom and gloom sell… but so does hope. For every exploitive true crime series, we can also create a series that illuminates. In that regard, I hope to continue to challenge ideas within the film industry and continue to make content that isn’t just created to entertain. 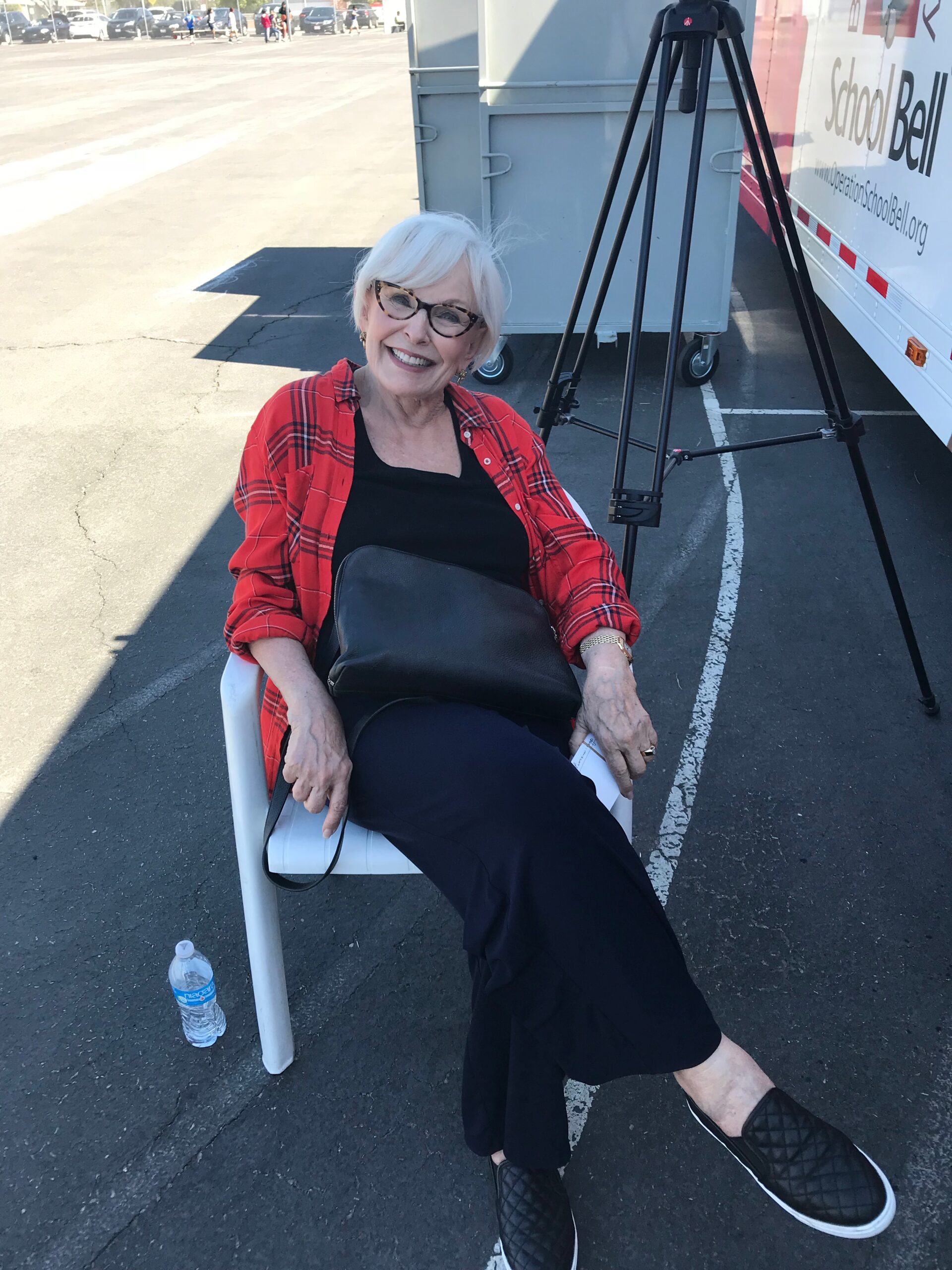 How have your background and interests inspired you to explore the world of theatre and film?

Ann: Your question is interesting and gives me cause to reflect on my long life. For as long as I can remember, I have always had a love for theater and films. In fact, one story that proves the point was from when I was a first grader…A long, long, LONG time ago!! (Laughs). You see, I was an obnoxious first grader. In my very first play, I learned not only my lines, but I learned everyone’s lines. It was natural for me. I loved being on stage so much. The part that made me a little bit obnoxious though, was that I was very enthusiastic. So much so that when anyone in the cast forgot their lines or so much as paused, to their chagrin, I helped them out… by loudly blurting them out. Always a ham!

You recently worked with Paul to create “Ann Asks,” which is a show that aims to inspire. Can you tell us more about this project?

Ann: ANN ASKS is available on YouTube and really became a way Paul and I could share some joyful content with the world. The show seeks out and spotlights people who are quietly making life better for someone else. This doesn’t have to be large organizations or even proper nonprofits like Assistance League, the show is more about the little things that you and I can do in our own lives to make the world a better place. The pandemic largely stopped the production of our show, but we are excited to be back at work on future ANN ASKS episodes!

Your new feel-good documentary, “A Pebble in The Pond,” highlights the non-profit organization, Assistance League. What can viewers expect from watching this film?

Paul: Viewers can expect to be taken on a joyful journey that will inspire, inform, and maybe even bring a tear or two. The individuals who appear in the documentary are phenomenal, inspiring people and I’m excited for others to learn about them and see what they’ve accomplished. I think viewers will also be surprised. Surprised that they had never heard of Assistance League, Anne Banning, or Operation School Bell. Especially when they learn more about the history and all the profoundly changed lives and the ripples being created for over 125 years. Lastly, I’d say audiences can expect to be deeply entertained and I’m hoping maybe even inspired to look at their own lives and communities and ask how they, like many of the people who appear in the film, can create ripples too. 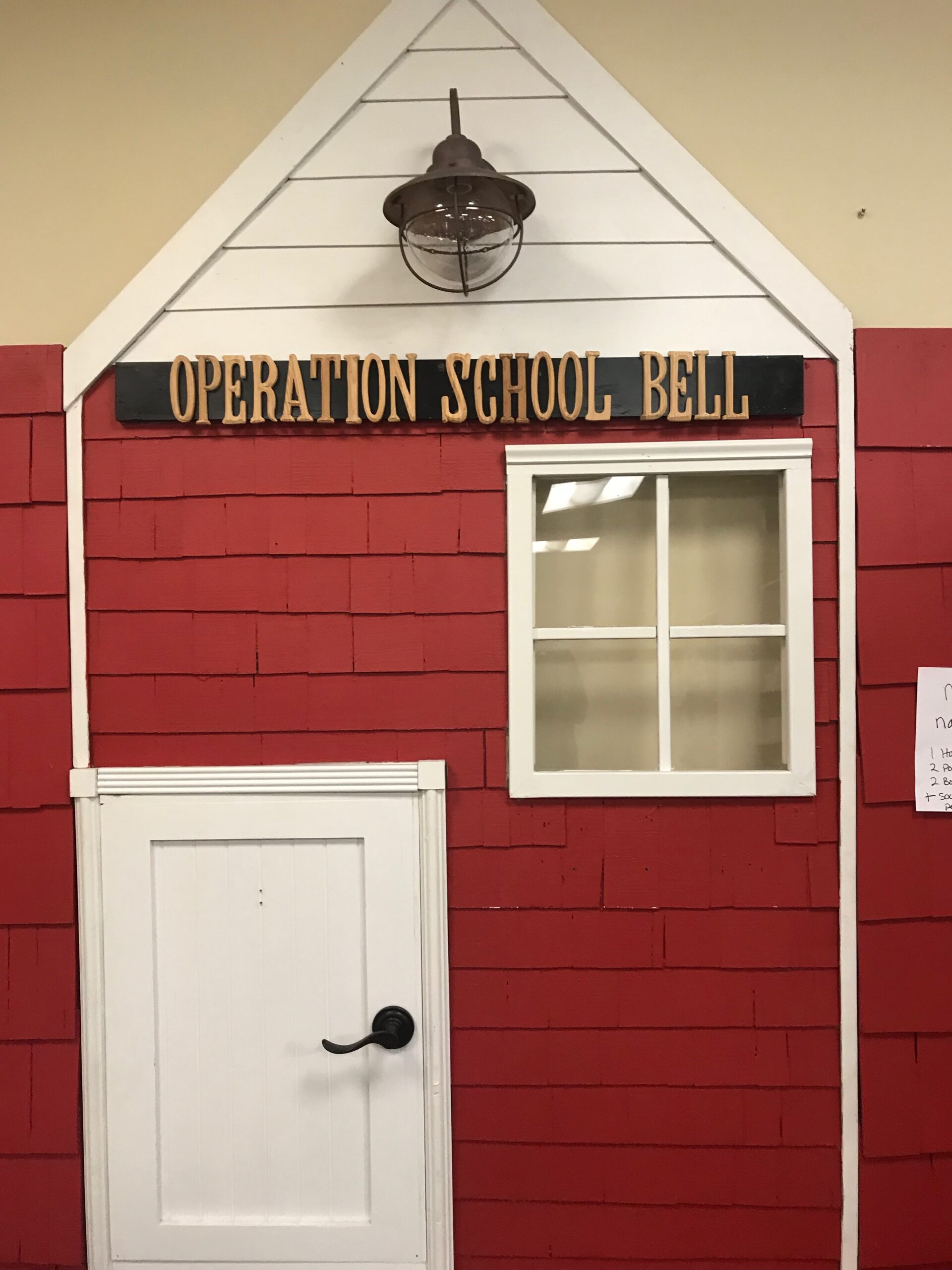 How does “A Pebble in The Pond” touch on the organization’s signature program, Operation School Bell?

Paul: The film begins with Operation School Bell and then continues to return to it throughout the documentary. This was intentional and mirrors the personal experience that both Ann and I had as we first learned about and experienced Operation School Bell in person. Without any cameras, the very first time Ann and I saw OSB was at Universal Studios for a special event that the LA chapter invited us to witness. From there we began officially filming and after seeing Operation School Bell in action a few more times we started to learn and understand its connection to the Assistance League. This directly led to all the extensive historical research I did for the script that was used in our animated sequences. Then we were off and running!

The journey for Ann and me was so organic. We literally knew nothing when we began. When it came time to begin to put the film together, I thought, what better way to tell our story, than following the same path we originally took? So, while A Pebble in the Pond is about much more than Operation School Bell it certainly uses that program as our leaping-off point. 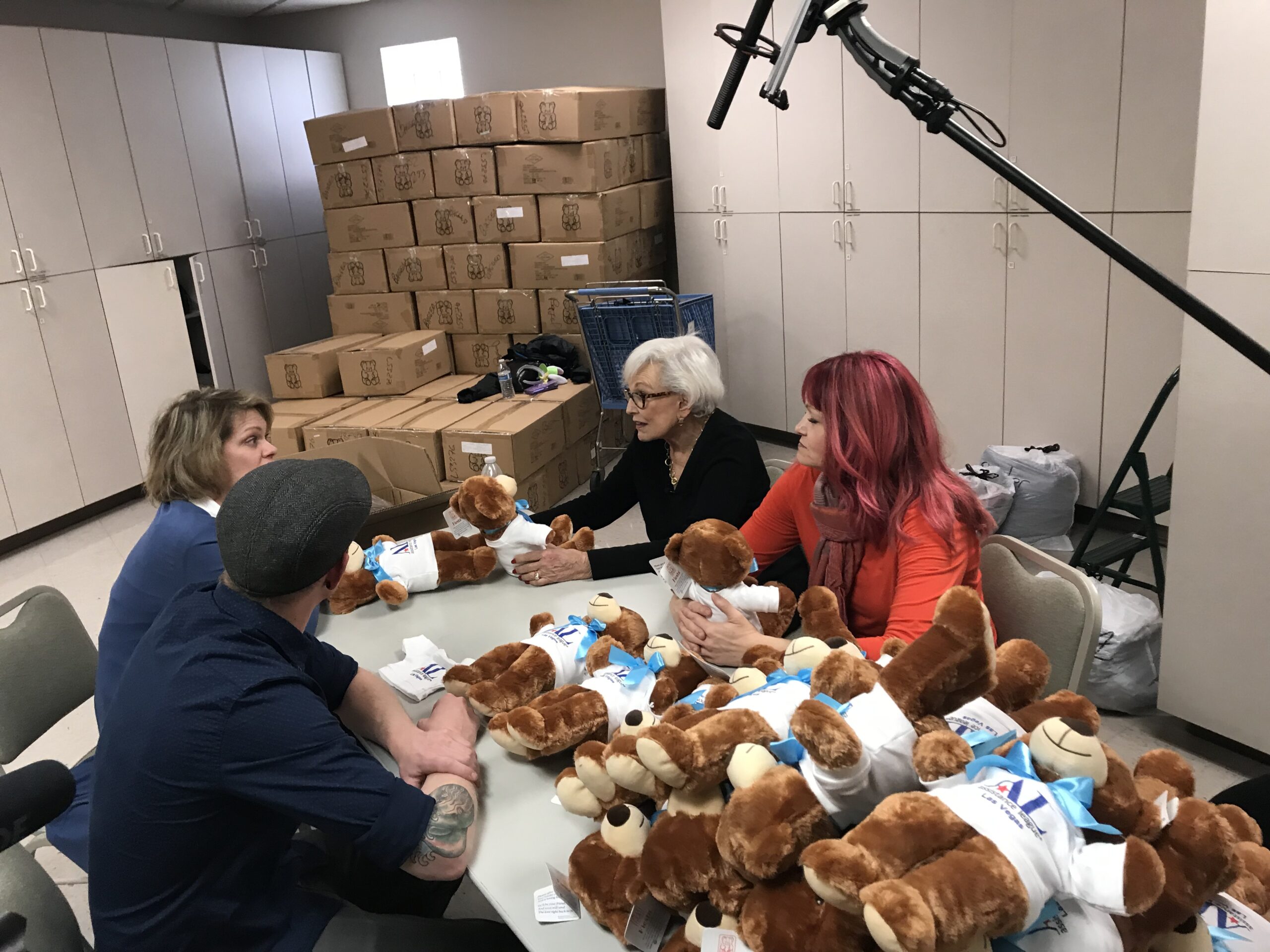 What’s next for the both of you?

Paul: I’ve been developing and even filming a couple of different documentary projects I’m working on and hoping to secure additional funding for. I’ve learned so much from the experiences I had with A Pebble in the Pond. I’m just trying to apply those things, grow, evolve, and create more projects that I am passionate about. Projects that will entertain audiences but also maybe inspire them whether through challenging them or educating them or just getting them to consider something different.

Ann: As I mentioned, we’re already working on our next episode of Ann Asks, and I can’t wait to share it with our audiences. Meanwhile, Paul and I will be very busy promoting A Pebble in the Pond, which I’m hoping that people don’t just rent, but digitally buy to own, because it really is a keepsake!