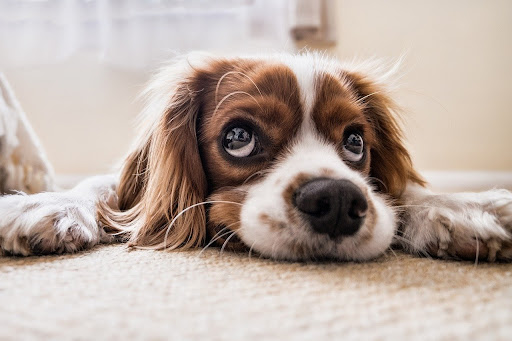 How to Properly Potty Train Your Dog

Potty training your dog might seem like a complicated task, but it can be done. It’s an important aspect of growing up and learning to follow rules in your dog’s life. While you are learning how to properly potty train your dog, there are a few things that you’ll want to keep in mind. Your goal is to make the entire process as quick and painless for both of you as possible.

Here is how to properly potty train your dog.

Start potty training your dog at an early age. The sooner you start, the easier it will be. It’s also important that he knows where to go as soon as he gets his very first taste of freedom, being let outside on a leash.

For puppies, this can take any amount of time from 6 weeks old up to about 3 months, though most parents start their puppies around 8 weeks old with decent results. For adult dogs, depending on their age and the size of dog you have, this may take longer.

For both adults and puppies, it’s important to remember that consistency is key. If you don’t follow a set schedule at first, your dog will soon be confused in which areas are okay for him to potty in versus those that aren’t if you flip-flop around between paper training and letting your pup outside.

When you start potty training your dog, take him to the exact same spot every time. This can be a corner of your yard or some pavement on a sidewalk that’s easy to get him in and out of. Or, consider purchasing a dog potty grass pad. As the experts at havetohave.com explain, dog potty grass pads are quickly becoming the go-to method for housebreaking your pet(s). They are an efficient solution. You don’t want to just keep doing this in one particular area for too long, though, as he will soon catch on and learn when it doesn’t feel right anymore.

If you prefer to use an indoor location such as the bathroom or kitchen floor, this is okay too, but make sure you have at least two separate areas designated for his business so they each start feeling like their own personal spots. It may also be helpful to leave a few pieces of pee-pee pads there so whenever you notice that it’s taken too long for him to do his business, you can put one down, and he will soon learn there are no accidents in your house.

Even though puppies can learn extremely quickly-they also have an extremely short attention span. Make sure you keep the sessions short when teaching your pup new things, such as learning how to properly potty outside, instead of letting him wander around aimlessly until he finds a suitable place.

You are going to have to focus on doing a little bit each day. It’s up to you though as the owner how consistent you choose to be with your puppy. If you’re out of town and away from home all day long, then it will take much longer for him to fully master this task than if he were left at home with someone who could consistently spend five minutes out of every hour or two outside working with him.

A Note On Rewards

When learning how to properly potty train your dog, it can be very tempting-especially in the early stages-to lure him into doing something right by giving them some sort of treats such as a snack or his favorite toy. While this tactic does work in most cases, you run the risk of training an animal to only get treats when they do something that pleases you.

For example, your dog pees in his litter box inside and then comes looking for a reward. Now, even if he’s feeling full-he may still go outside and pee on whatever spot you have designated as acceptable to relieve himself because he knows that after all this work is done he’ll be rewarded with a tasty treat or toy. If at any point you feel like you’re having issues with this type of behavior, simply take away the treat or toy until the next time he does it right and only give him one when he goes inside somewhere like a litter box or designated area outside. It’s important that your dog learns how to do the right thing in order to receive a treat or reward-not only for potty training, but also other tasks that you’ll be teaching him. 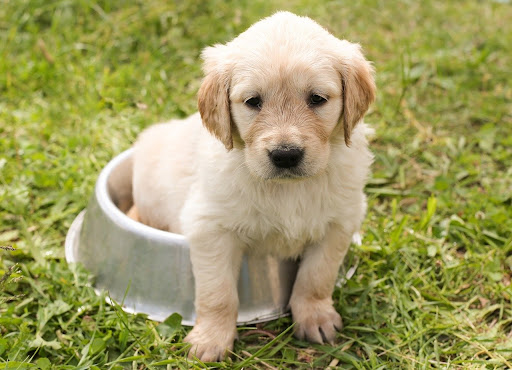 The best time to start potty training is when the puppy reaches six months of age, but it’s not too late for older dogs. It should be done in an area with a lot of space and privacy, such as your backyard or basement – just don’t forget to give them frequent breaks outside! If you’re using treats, make sure they are small enough that they can’t choke on them. Reward success with praise and affection rather than food so that your pup doesn’t become dependent on treats.