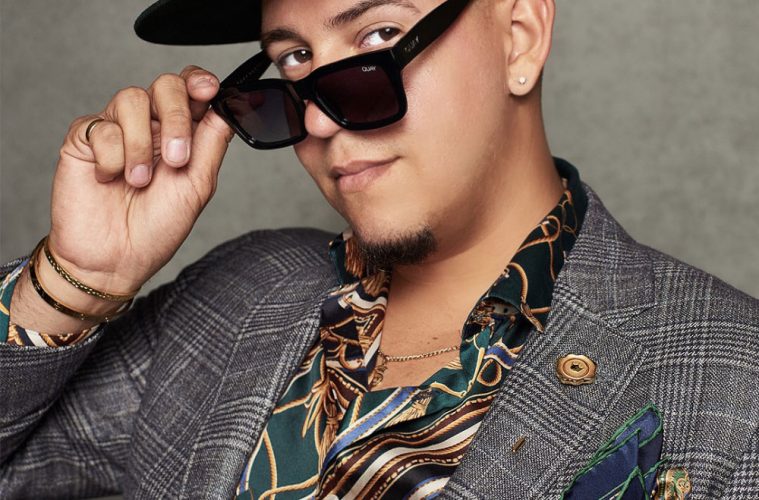 Swagger Magazine’s editor-in-chief, Steven Branco, is a potent combination of self confidence, drive, creative energy and precocious accomplishment. He says that in his own mind he was always an entrepreneur and he experienced his first taste of business success as a child when he decided to clean up his old toys and resell them to his friends. From tiny seeds future empires grow and since that time he has moved assuredly from one success to the next while becoming progressively more creative in the process.

Today, Steven is the multi-faceted Editor-in-Chief and Creative Director of Swagger Magazine covering virtually all areas of being a media influencer. Steven is an editor, writer, photographer, designer, creative director, social media influencer, and an on-air personality. 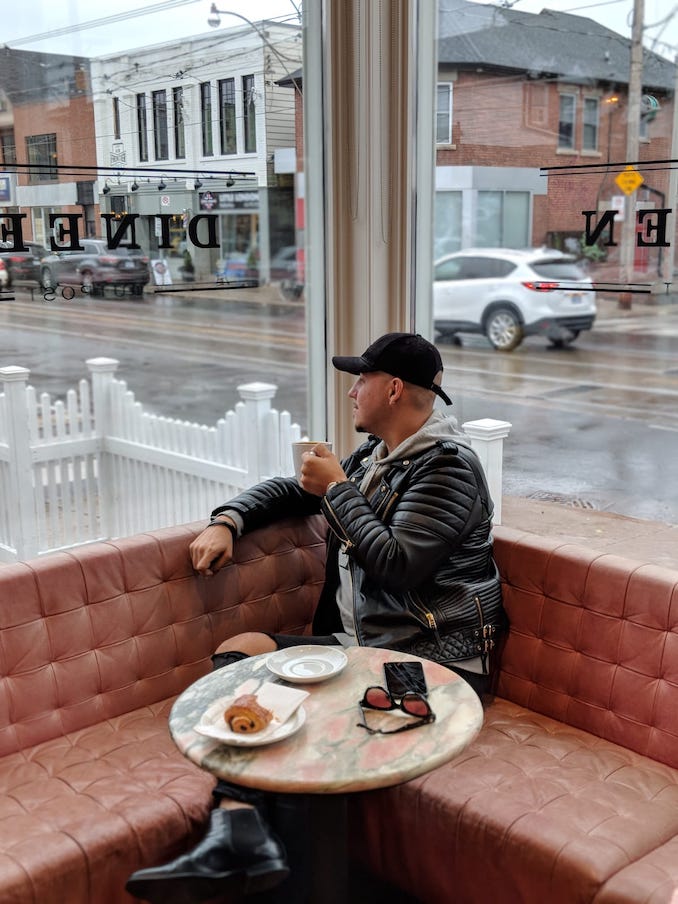 He has always juggled his love of business with his creative drive and his hunger to constantly acquire new knowledge and skills. This balancing act was already apparent when he was still in school and dividing his time between classes, working as a graphic arts designer and the beginning of his freelance writing career.

His post college career began with an administrative job that was long on financial comfort but short on the inventive element he needed to satisfy him so he left that position to take a contract job in marketing and communications. He used this experience to learn as much as he could about the field by jumping in and offering his services to every department. This left him overworked and underpaid but, in the end, he was the only person in the company who had collaborated with every department.  This is where Branco discovered his gift for branding and a piece of advice he received early on has become a guide for him “You are your own brand ambassador, value your own brand.” 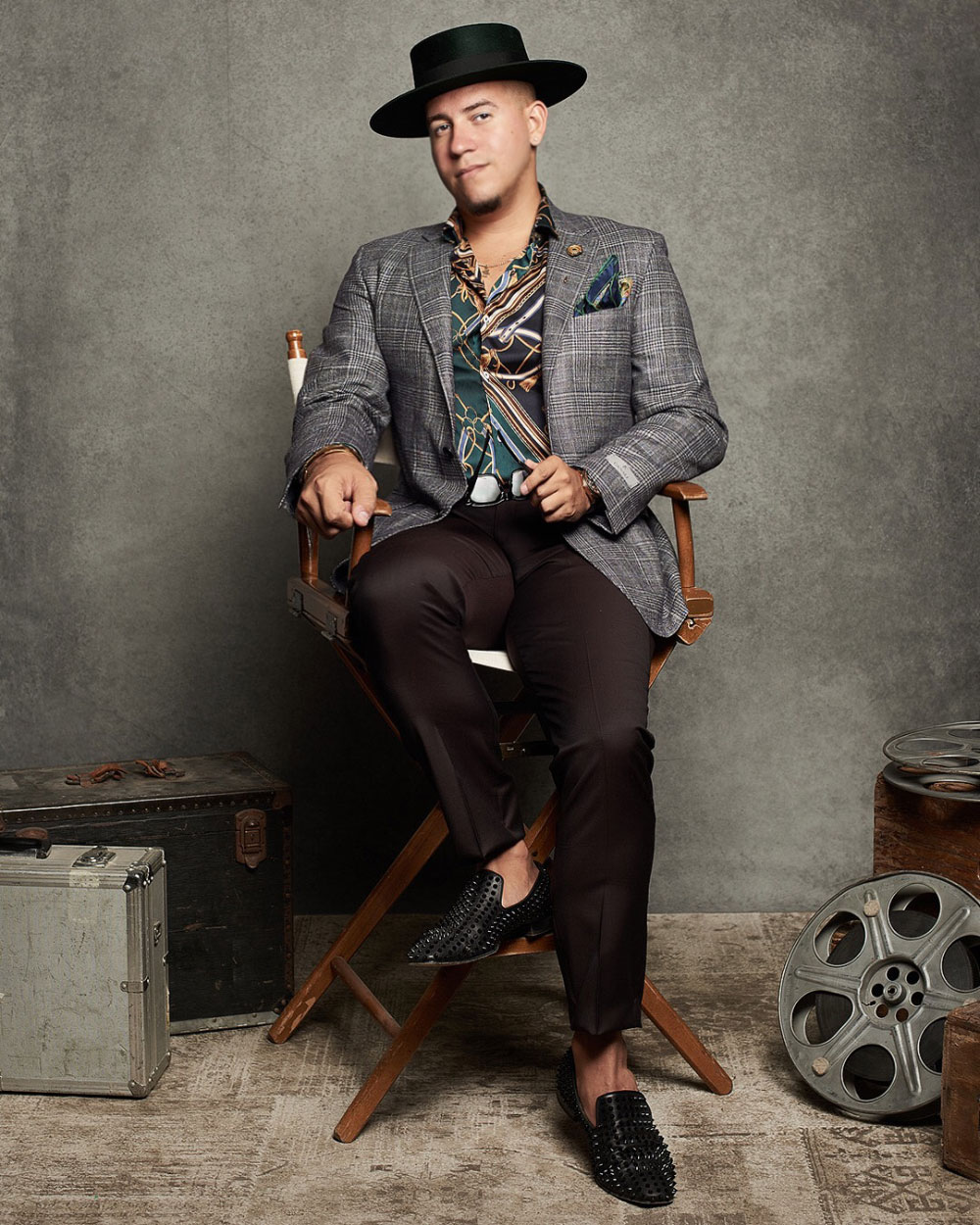 In 2007, Swagger was founded as a personal blog by one of Steven’s business partners, Drew Williams, and Steven began contributing as a writer before eventually joining the team as a consultant. Come 2016 he took over full-time as the Editor-in-Chief, taking it on a path to become an actual publication. The opportunity to put his branding ideas into practice was irresistible and he had a feeling that the timing was right so he enthusiastically committed to the challenge. After releasing a couple of print issues, Steven later realized that online was the way to go. Under Steven’s direction, Swagger became the first men’s lifestyle publication in Canada to publish to Apple News platform. Following their previously launched Apple AppStore app, later followed by a brand new mobile-first website in 2017.Steven found it imperative to put a strong focus on digital and building a social audience when many other media brands were still treating it as a secondary thought. The Swagger team saw the shift and went after it. Now surpassing over half a million page views and over 150k Unique Visitors per month, on average.

Branco says that his mission with Swagger is “to evangelize to the modern men of America, Canada and abroad, that swagger isn’t just style, it’s a way of life.” So how does Branco define swagger? He says that “Swagger means to have confidence, and to walk, strut or behave in a confident manner. At Swagger Magazine, we truly embody this definition. We educate men on being a better version of themselves. Starting with their own swagger. Without confidence… it doesn’t matter what you’re wearing. Wou won’t look or feel good. It all starts from within.”

Bundle up, it’s freezing out in #Toronto. ? ________ #OOTDmen Navy is way more versatile then you think. Everyone usually just gravares to black coats and parkas. But I challenged that with a navy one, and it’s easier to pair with things than people think. It’s functional; and stylish. Hands down one of my favourite parkas I’ve tried on — and no, not just because they gifted me with one. ? — parka. @north_aware black denim. @zaraman black sweater. @uniqlocanada boots. @kennethcoleca beanie. @not.the.color.blue watch. @livewithswagger gold rings + bracelet. @vitaly leather folio. @grams28

On a less philosophical level he was also disturbed by what he saw as gaps in the men’s lifestyle media space. He says that “many of the items being considered for features and roundups weren’t widely accessible. Especially to Canadians. I mean, in my mind, why would we want to feature something that the majority of our readers cannot access?  Which led me on to my current career path with Swagger Magazine and our other lifestyle brands that I work on, part of Stamina Group.”

This mixture of pragmatism, and style combined with his photographers’ eye and writers’ ear is why he has been such a success as the editor-in-chief of Swagger Magazine. He says that he knew that he had made it when he was approached by the Wall Street Journal to comment about his feelings in regard to the U.S. Secretary of State, Mike Pompeo, constantly trumpeting ‘swagger’ to the media. He says “this resulted in us having to present a proposal (that my team and I put together) to help the State Department redefine their swagger. Which was then reviewed by the White House.” For all his gifts Branco isn’t a miracle worker and the administration still confuses chest pounding with swagger but it was a heady experience nonetheless and only one of many highs in the last few years.

Bring it on 2020, I’m READY!✨ Thank you 2019 for an amazing year, and everything and everyone that came with it. Ready to turn the page, make some strategic changes, and get realigned for a bigger and better new year. Hope you are too. ? #2020Vision _____ #OOTDmen double breasted royal blue blazer. @zanebarlas navy blue window pane pants. @baynesandbaker white shirt. @zanebarlas white sneakers. @shopnewrepublic . ? @delanovegas @vegas ? @sven_francis #ShotonPixel #SwaggerPartner *Hosted

Branco loves the opportunity to be creative in so many areas as the editor-in-chief of Swagger Magazine but his ambitions lead him beyond the success of a single magazine, with the support of their team, including his partner and founder, Drew Williams, they want to, “take Swagger to the next level, making it a globally recognized brand. One that the modern man can relate to’.” He also wants to build his personal ‘Steven Branco’ brand by developing his speaking skills and ease in front of the camera. He describes his first experience doing a television segment as a defining moment for him. It was something he never would have imagined doing, but it felt very right and the odds are good that on-air celebrity will also be a part of his future. He’s a natural.

Steven Branco seems destined to be a branding and media star in the not too distant future, after all he’s already halfway there.