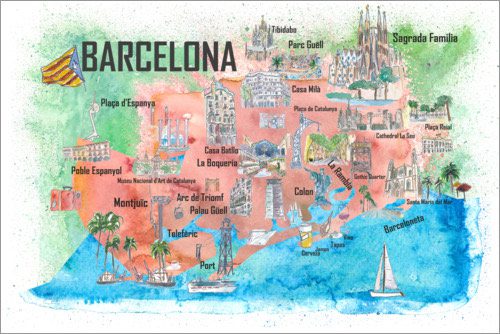 Is Weed Legal in Spain?

Argentina, Australia, Belgium, Croatia, Canada, Netherlands… cannabis has been legalized in all these countries in recent years. The recreational use of weed has also been legalized in 18 states of the US, 2 territories, and the District of Columbia. Many people are confused regarding the legal status of weed in Spain, which is why they ask, is marijuana legal in Spain?

Rightly so because the country has not yet legalized the use of marijuana! However, it has been decriminalized. Barcelona in the Catalonian region has less rigid laws, which is why you will even find many cannabis clubs in the city. Read this weeds club guide https://weed-bcn.com/  to know about Barcelona’s best cannabis clubs and for detailed knowledge on what to expect there.

Technically, it is still illegal to buy, sell, and smoke weed in public in Spain and Barcelona. But this does not necessarily mean that you are going to be jailed if you are caught in a public place.

Is It Legal to Smoke Weed in Spain?

Is weed legal in Barcelona Spain – The answer is both “yes” and “no”.

You can be fined heavily if you are seen smoking weed in public and even for the possession of cannabis. There can even be a jail term if you are seen buying or selling.

However, you can legally smoke weed in your home. In fact, the residents of the city are even allowed to grow up to two marijuana plants in their homes, legally. They can grow the plant and smoke in their homes.

The only other place where you can smoke weed is in a cannabis club in Barcelona, which has become very popular in recent years. You will see both the locals and tourists frequenting these places. The city now has more than 400 of these clubs.

However, you cannot just walk up to a club and gain entry. You need to become a member first. Membership is by invitation, but even the visiting tourists can become members. Membership is usually given for a period of one year, after which, you can easily renew it if you want.

Once you become a member and enter the club, you can get the weed legally inside the premises by making a small donation.

These places in Barcelona offer much more than just weed. They are more like social clubs where there is singing, dancing, live performances, DJ, food, and drinks like beer, wine, and others. Often, competitions are also held. You will find many people socializing and relaxing after a long day. Many like to watch soccer and other sports on large-screen televisions. The Game Zone has many sporting activities. During the daytime, many come to these Barcelona social clubs with their laptop to work.

The cannabis culture takes over only after dark. Many members are residents of the city who grow marijuana in their homes. They are marijuana aficionados who like to discuss and share various harvesting techniques to improve their crop yield.

The clubs are some of the best places where you can get marijuana in Spain. It will be completely legal too. Plus, you will get a wide selection of products to choose from – even cannabis edibles.

Tips for Consuming or Possessing Cannabis in Barcelona

Here are the legal ways of consuming weed in the city –

Hopefully, you now have the answer to – is smoking weed legal in Spain? The marijuana laws in Spain are somewhat complicated, especially in Barcelona, which is why you need to be sure. After all, you want to stay on the safe side of the law while still enjoying your smoke.