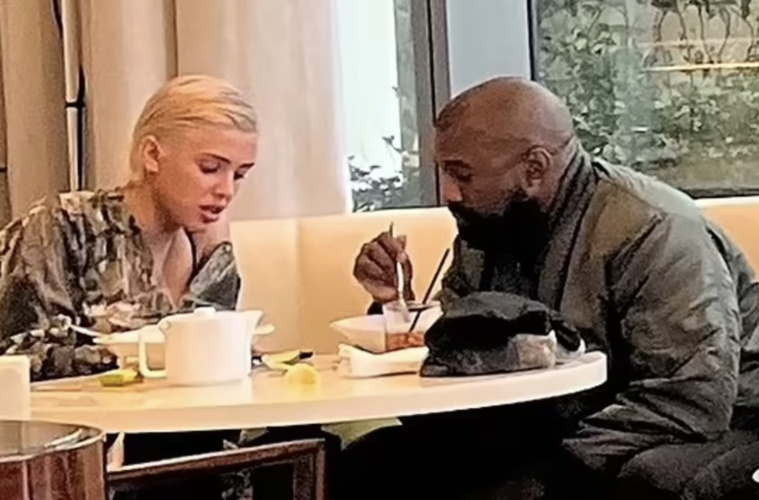 Kanye West Married Takes Wife And Daughter Out For Dinner

Kanye West, his daughter North West, and his new wife Bianca Censori are all seen going out to dinner together.

Kanye West (Ye) reportedly took his daughter North West out for dinner with his new wife Bianca Censori. According to this article, the three went to dinner in Nobu in Malibu. This is the first time we’ve seen Ye and the children with his new wife.

The article goes on to say that “a security team was then seen dropping off North and one of her friends at the Japanese restaurant.”

According to new images obtained by Daily Mail of the family affair, Censori rocked an oversized jacket, tights, and fluffy white boots for the occasion. Ye could be seen wearing a bandana over his face, jacket, and pants. He also looked to be wearing a wedding band on his hand.

Ye and Censori got married earlier this month by holding a private ceremony, as mentioned here. However, the pair “have yet to file a marriage certificate” to make their marriage “legally binding.”

According to Page Six’s article, a source recently opened up about the Kardashians‘ reaction to Ye’s marriage. “The family isn’t taking this as a marriage yet,” a source told the publication. “They don’t know what it is. They aren’t sure if it is a PR stunt. They are waiting to see if he files for papers. They are nervous because if it’s real, she would be in the children’s life.”

According to this article, Kim reportedly “hates” Censori. The article makes mention of a source’s recent statement regarding Kim’s alleged feelings toward Censori. “She’s pretty, and Kim hates pretty girls,” states the insider.

Ye’s net worth has recently dropped to around $400 million, as reported in 2022, after the rapper made anti-semitic remarks.