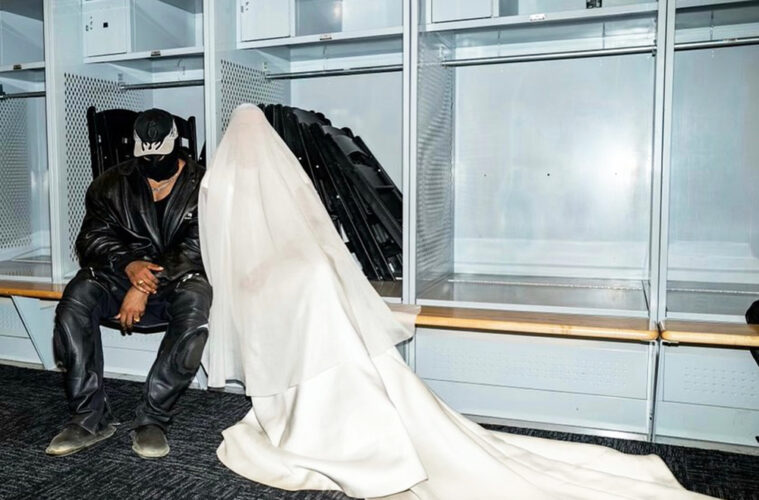 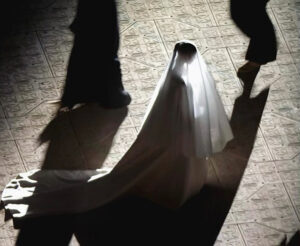 The rapper held a listening event for his newly released album, DONDA, at Soldier Field in West’s hometown of  Chicago two weeks ago, surprising fans with a series of publicity stunts and head turning performances.

Controversial figures DaBaby and Marilyn Manson, who has recently denied multiple accusations of sexual abuse, were also seen at the event.

The rapper brought out Kardashian during a performance in which he unveiled a replica of his childhood home. Kardashian stepped out in a stunning Balenciaga wedding gown, with a veil to match, during the song “No Child Left Behind,” the final song of the event.

Seconds before Kardashian stepped out on stage, West lit himself on fire as part of his series of eye-catching stunts.

The event in Chicago marked his third DONDA event before the official release of his album on September 3. The album was named for his late mother Donda West. Kardashian had also attended the previous two events with the couple’s four children: North West, Saint West, Chicago West, and Psalm West.