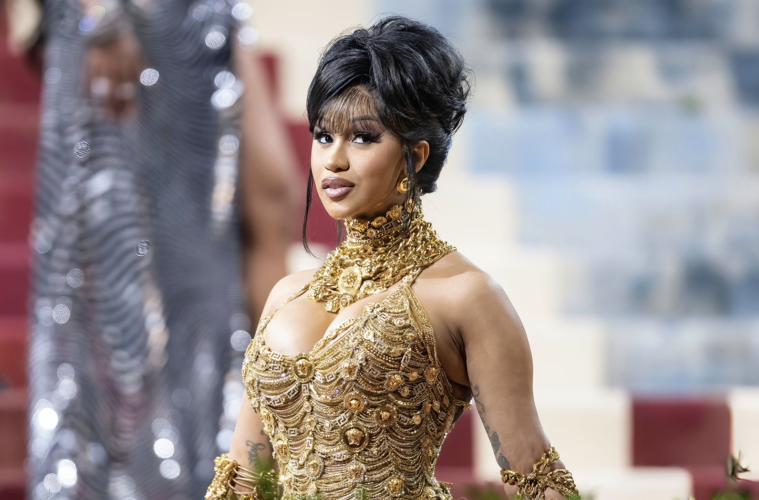 According to this recent article on Page Six, Kim Kardashian gave Cardi B plastic surgery recommendations when the rapper, 30, was looking into the process. According to the piece, it states that Cardi B was the inaugural guest on “The Jason Lee Podcast,” which launched Monday. During this episode, Cardi B reportedly opened up about getting plastic surgery and explained how Kim Kardashian actually gave her “tips on the best doctors to call.”

Cardi B was initially uncomfortable about her “big nose” stating she inherited her “daddy’s nose.” As a result, the star supposedly looked for ways to make it appear smaller. “Everybody kept saying like, there’s a non-surgical way to get your nose smaller and that’s doing fillers,” she stated as mentioned here.

“So I did fillers on my nose, right, in 2019,” Cardi B told Lee. “And that s—t f—ked my nose up.” When she attempted to fix the issue with a nose job she gained some plastic surgery advice from the Kardashian family.

Then Lee chimed in on the episode asking how she chose a plastic surgeon to fix the issue. “I remember the time we were at Kris’ [Jenner] house and Kim [Kardashian] gave you a list of people you could call to get help. You didn’t call none of those people, you just did it at home?” said Lee. Cardi replied saying, “No, I called a couple of people that she gave me.”

Cardi B is now apparently “done” with surgery (as mentioned here), but she did have this to say: “If I want to correct something, if I want to do a little something-something like … I’m gonna do it. I like being perfect. I like a certain type of body, like, for myself.”