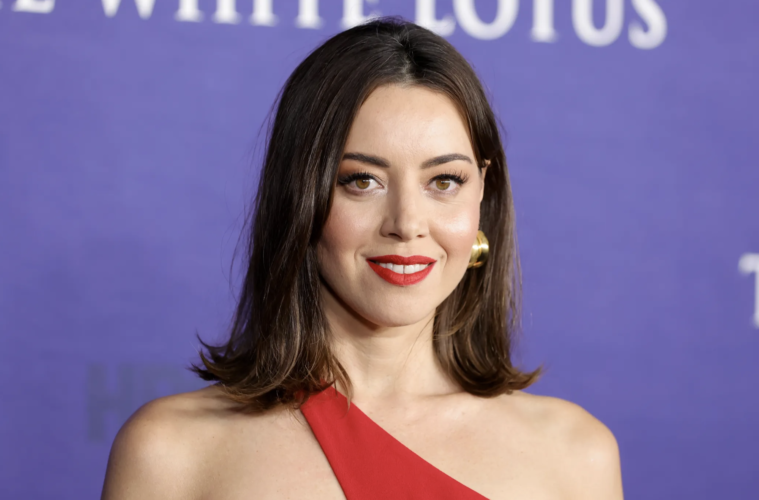 Aubrey Plaza recently hosted SNL and apparently Drake was there during rehearsals! Did Drake try to flirt with Aubrey? HOLR is breaking down the alleged rumor below.

Aubrey Plaza was the most recent host of SNL and she did an incredible job! However, a new post on pop culture platform, Deux Moi, suggests Plaza may have had a fan during SNL’s rehearsals- Drake.

What’s the deal with Drake and Aubrey Plaza?

That’s what a follower on Deux Moi wants to know.

According to the platform’s latest story post, the follower commenting on the rumour has “two friends working SNL rehearsals, and apparently, Drake was there watching Aubrey like a hawk and kept winking at her.” The follower goes on to say that, “And if this is a thing, how cringe they would both have the same name.” For those who don’t know, Drake’s real name is Aubrey Drake Graham.

Drake previously stated that he had a crush on the Parks and Recreation actress in an old tweet from back in 2010. Check it out below:

Within the tweet, Drake also makes a lighthearted joke about the two sharing the same name.

What do you think about Drake allegedly “watching Aubrey like a hawk” and “winking” at her? Was Drake trying to flirt with Aubrey during her SNL debut?

Now, this is just a rumour regarding Drake’s alleged flirty behavior during Aubrey’s SNL appearance. This article states that Plaza secretly married her longtime boyfriend Jeff Baena back in 2021, during the pandemic. The two have been together since 2011.

Who is Jeff Baena? Baena is an established writer and a director, as mentioned here. Plaza and Baena have also collaborated on a variety of projects during their career, including Life After Beth (2014), Joshy (2016), The Little Hours (2017), and Spin Me Round (2022).

Although nothing has been confirmed yet regarding Drake’s alleged flirty behavior during Aubrey’s SNL appearance, it sounds like this rumor is just what it is- a rumor.

Aubrey is most notably known for her role as April Ludgate in the sitcom series, Parks and Recreation. The actress most recently starred as Harper Spiller in the second season of The White Lotus alongside Golden Globe winner, Jennifer Coolidge.