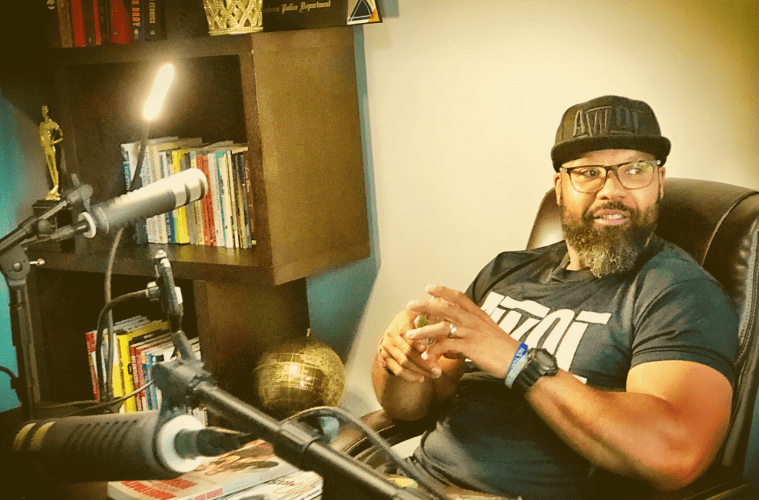 Lynch Hunt Talks About His Incredible Transformation from Drug Kingpin to Fitness Guru.

We had the absolute pleasure of sitting down with the CEO of AWOL Fitness, Lynch Hunt. As an author, Lynch has published 17 well-received books that focus on fitness, nutrition, motivation and self-help. He is an expert in High Performance Coaching for sports which have been implemented by major universities and national organizations. Lynch is also a motivational speaker who has had speaking engagements at Fortune 500 and collegiate athletic programs. Here is our interview with the fascinating Lynch Hunt. 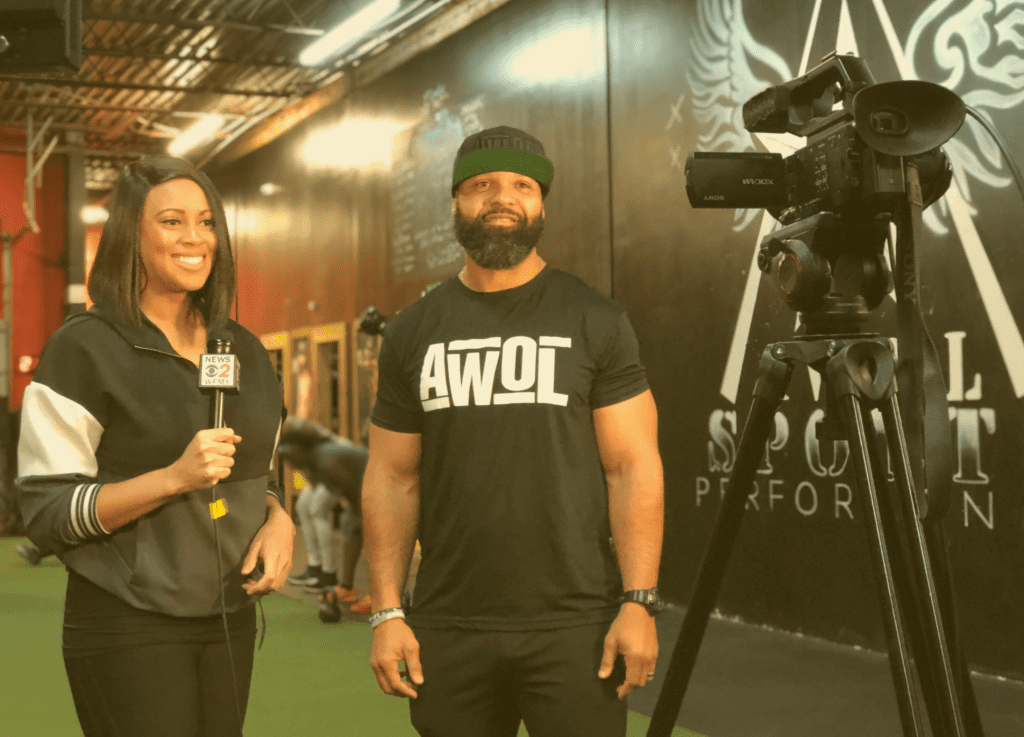 How was the transition back into society after 10 years in prison?

Let me start by saying that technology was the biggest thing for me. Before I went in, I had a flip phone, but when I got out, they had these smartphones that could do anything. It actually took me a while to get adjusted to most technology. And I was a totally different person. I had never had a real job up until that time and all of a sudden I have to be a law abiding citizen and go to work every day. It became a regular person and that was a shock because I’d never had to be regular up to that point. It was a complete 180. And I got into a relationship as soon as I left prison. No dating, no other women, no “seeing what else is out there,” none of that. I had found the woman I was looking for and I wasn’t going to jeopardize that. She kept me on track, accepted me for who I was and still accepts me to this day. I’m just really grateful for that.

You lost 70 pounds in just six months before you went to prison. That is super impressive. What advice would you give to someone who wants to make that sort of major change in their life?

The first piece of advice is actually a quote that was popularized by Tony Robbins. “The pain of staying the same has to be greater than the pain of change. So most people won’t begin their journey of transformation because they’re scared of unfamiliar territory. They’d rather be comfortable in something that hurts them than be uncomfortable in something that helps them. You have to be willing to go a totally different way to separate yourself. Elevation requires separation. You have to separate yourself from old places, old things, bad habits, and even people because none of it will help get you to where you want to go. Find something that will make you change your rituals, routines, and your habits so that your way of life totally changes.

Which brings me into my next question. What should someone expect if they’re willing to make that change and want to train at AWOL Fitness?

The first thing I do is make people write down their goals; career goals, personal goals and social contributions. And we want you to focus on Type C goals. Type C goals are goals that you have to actually turn into somebody else. We have to fundamentally change who you are.  We then develop a “why” from your goals that makes you operate from the inside out. If you have a strong enough “why,” you can endure anything. This isn’t just burpees and push-ups. We operate from within and make people want to be better.

So, after your clients set all of these goals and lose all of this weight, how do you keep them on the right path?

They fall in love with the person that they are becoming. And through self-reflection, they start to put more distance between themselves and the person they used to be. Because they asked themselves some serious questions: How did I let myself get like that? How did I let that person run my life? They never want to go back there. But you have to be consistent because that lazy, out-of-shape person is always in you and you have to do everything in your power to keep that person at bay. 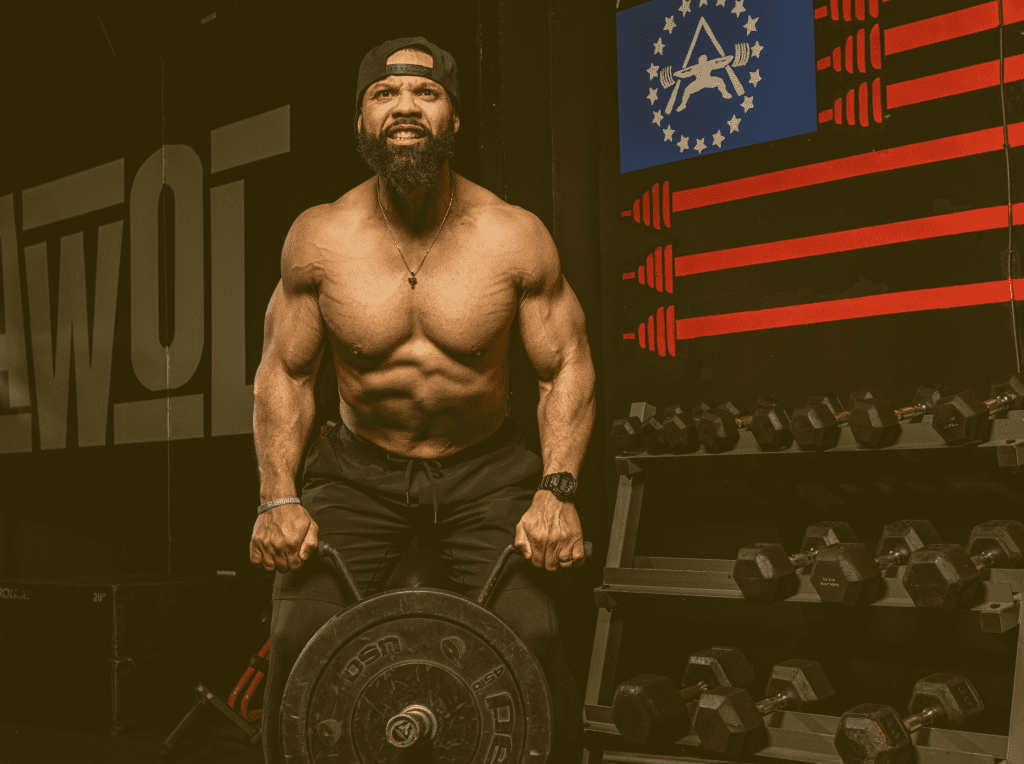 What advice would you give to somebody that wakes up and they are just not feeling it? Or say they can’t do it anymore?

Is what I’m about to do going to help me change tomorrow? Is the thing that I’m about to do, right now, going to move me closer to my goal tomorrow? It’s simple, but you have to say it out loud. You have to have integrity when it comes to this lifestyle. Integrity is what you do when nobody is around. So this is a self-check. I stress core values as well. A lot of people I ask say their core value is discipline, but only have discipline when people are watching. I want to know what you’re going to do when no one is watching.

We talked earlier about this “1 Million Pound Challenge.” Could you tell me more about that?

I’m launching this initiative during the grand opening of my new AWOL Fitness gym. And it centers around making individuals more health-conscious, combating obesity, helping people with chronic diseases and improving mental health. These are issues we’ve seen grow exponentially since the pandemic started. People have been gaining those extra 10-15 pounds on top of dealing with stress and the lack of job security that came along with the pandemic. We want to jumpstart this whole thing by giving people the proper education, motivation and empowerment to get them to transform their mind and  body. We’ve joined forces with United Healthcare, churches, political figures. So, there’s a lot of backing to this initiative and I am really looking forward to it.

How exactly is it gonna work in terms of donations?

Each pound lost, there’ll be $1 donated. So, if people are coming in on a personal level and really want to make a change in their body composition, they’ll be able to track their journey. Also, there are different donation options for organizations that want to come to support this cause and want to make a change in our community. Ultimately, I want to show people that I am willing to take on the things that plague us the most during these times and introduce them to this platform so I can provide my knowledge, expertise, motivation and inspiration.

Thank you Lynch Hunt for all of your great time. This is all very exciting stuff. One last question. When can we expect everyone to experience this event?

Saturday, April 3rd, 2022. The second location of AWOL Fitness along with the “1 Million Pound Challenge.” A lot of big names will be there as well. The mayor of Greensboro, the pastor of the megachurch, Mt. Zion with his 6,000+ members, Emmy award-winning anchor, Tracy McCain, along with other local celebrities. It will definitely be an exciting event and I’m really looking forward to it. I’ll be expanding AWOL Fitness and helping more people reach their fitness and life goals.