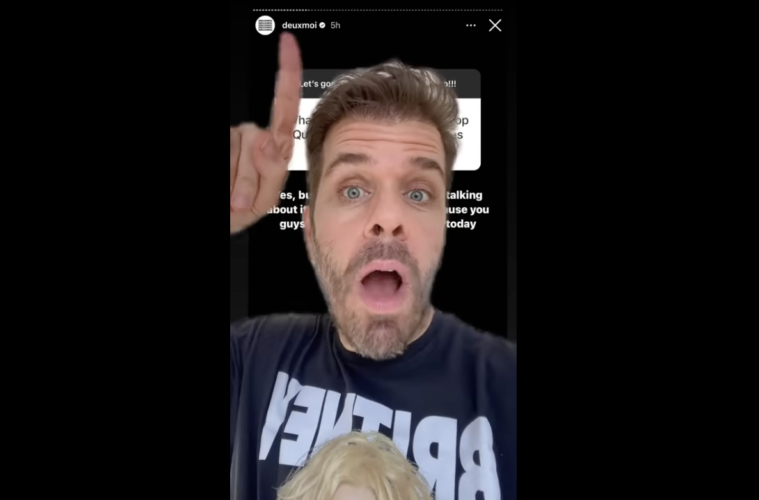 Perez Hilton is responding to the latest posts from Deux Moi regarding Britney Spears and whether or not fans should be worried about the pop star.

Deux Moi posted this question about Britney, to which Perez replied with an update on his platform in video form here.

In his response, Perez said he was, “Glad to see that Deux Moi is also not sharing what is going on with Britney. There was a reason I did not feel comfortable sharing it publically, either.”

“Also, the fact that it’s starting to starting to get out amongst the industry and people in the know, I think this is a good thing” states Perez. “As they say, the truth gets out there, and hopefully, people knowing- whether that be Britney or those in her camp- that word is getting out there, I think that could be an instrument for good and positive change.” 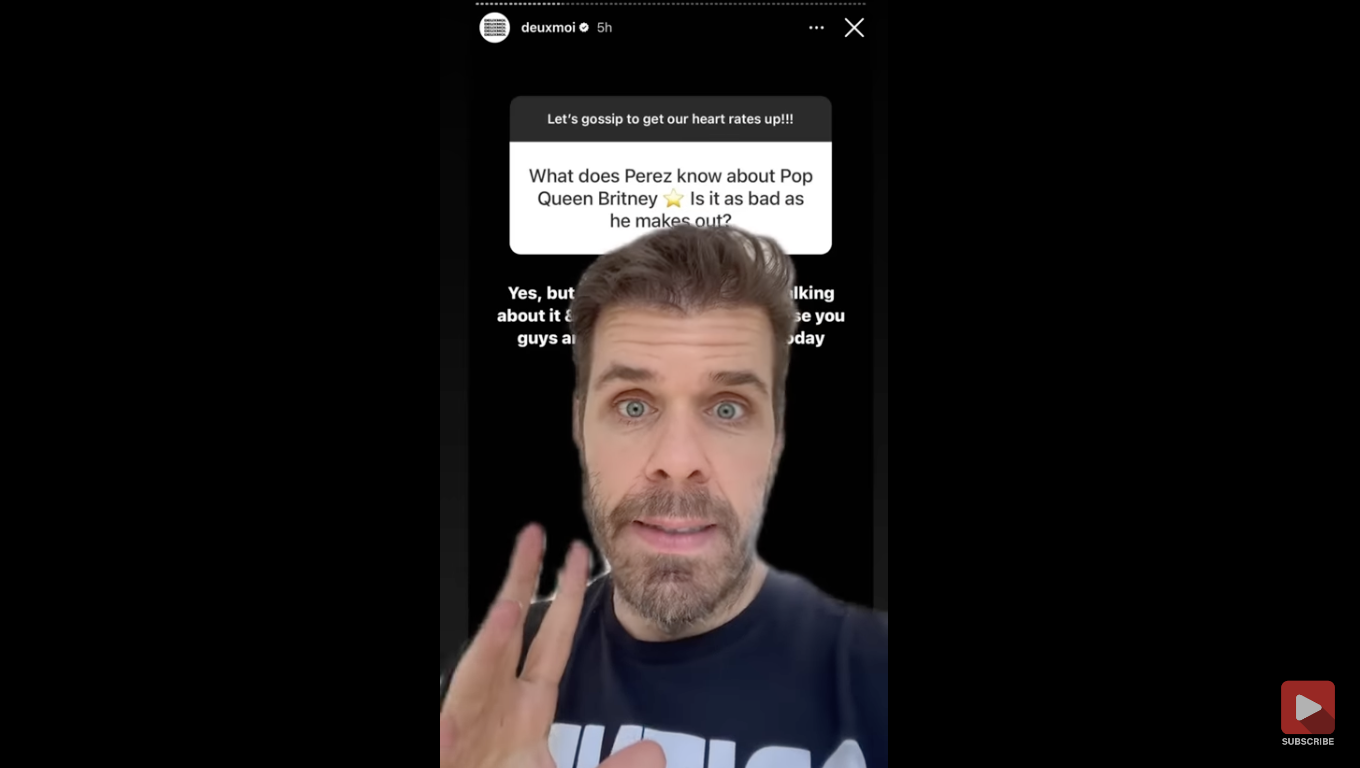 Deux Moi posted additional Instagram stories about questions pertaining to Britney Spears, which can be found below.

Perez Hilton also comments on these additional stories in his video saying, “Deux Moi had more to say about Britney. Basically, she said that all of the conspiracy theories are not true. That’s also what I told you guys a few days ago.”

Deux Moi also posted the following story stating that Britney is free. Deux Moi openly states that “My stance has never changed. This is a woman dealing with significant trauma. I don’t subscribe to the conspiracy theories so if that’s what you are looking for you won’t find it here.”

Perez ends the video with, “That is that for now. We’ll see if another media outlet wants to go there and really share what’s going on but I don’t think they will. I just will continue to send strength and healing to Britney Spears.”