Podcast Alert! ‘The FlameThrowers’ Is Here

‘The FlameThrowers’ tracks the rise of right-wing radio from fringe preachers and conspiracy peddlers of the 1930s to the political firestorm that rages today. It’s the story of how radio energized and then radicalized the conservative base, culminating with Donald Trump, the president who followed the conservative talk radio playbook all the way to the White House.

The first episode was released on September 8, and you can keep indulging in it every Wednesday on CBC Podcasts.

Talk radio is arguably the most influential part of right-wing media, where the voices of Alex Jones and Rush Limbaugh among others have been regularly broadcast in the homes and workplaces of tens of millions of listeners. From fringe preachers and conspiracy peddlers of the 1930s to the political firestorm that rages today, ‘The FlameThrowers’, composed of 6 episodes released weekly, tells the story of how radio energized and then radicalized a conservative base, culminating with Donald Trump, the Capitol insurrection, and a swath of Americans afraid of vaccines.

Hosted by Justin Ling, the award-winning author and host of the critically acclaimed CBC podcast series “The Village.”, this new series documents the rise of right-wing radio in the U.S. 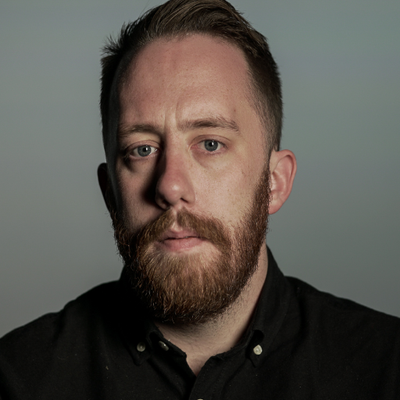 Justin Ling is an award-winning investigative journalist who specializes in stories that are under-reported or misunderstood. He is also the host of The Village, an award-winning podcast about underserved and overpoliced queer communities in Toronto.

How did ‘The FlameThrowers’ come to life?

Last January, just a couple of weeks after the January 6 insurrection, I got a message from Geoff Turner (senior producer for the show.) He had this nucleus of an idea, about how right-wing media had seeded all of this chaos. As we were chatting, I told him that so many parts of this equation — from Twitter to Fox News, Youtube — had been covered pretty well, but everyone always forgets about AM radio. Within a few days, we started getting obsessed over this idea of really honing in on conservative talk radio. Not long after, Peter Brown (our producer and sound engineer) joined and began crafting this really unique sound for the show, while Matt Amha (our producer) started building out this huge catalogue of research and clips. The show really just took off from there.

What response from the audience do you expect?

I think people are going to come away with this overwhelming feeling that we’re in deja vu all over again. From Charles Coughlin to Carl McIntire to William Cooper: So many of these figures we never talk about are basically the archetype for the entire Trump ecosystem. While there’s certainly a ton of reasonable, thoughtful conservative hosts on the radio dial, it is really jarring just how instrumental AM talk and shortwave radio have been in poisoning political discourse and radicalizing disaffected young white men. You can even trace the origins of QAnon, straight from William Cooper in the mid-90s, to Alex Jones in the early 00s, to Jerome Corsi pumping Obama birther conspiracies around 2007.

What is the importance of understanding right-wing ideas and their impact?

I think the more you can put a mirror up to this kind of fire-breathing, and trace exactly the kind of lunacy it can lead to, the more you realize that so many of these agitators are just in it to make a name for themselves. For guys like Rush Limbaugh and Glen Beck, they got into this game because it’s where the audience was — maybe they grew to believe their own rhetoric over time, but it was an act in the beginning. There are others, like William Cooper, who genuinely believe this stuff, but who are deeply paranoid and broken individuals. I’m not sure the audiences always understand that. I think the more people understand that they are, in essence, listening to sports commentary or WWE-style roleplaying, the more they can take a step back and get some perspective.

How has narrating the podcast impacted you?

Honestly, it’s made me somewhat exhausted. Like: I can’t believe we’ve been doing this same thing for a century, and we seem to have learned nothing.