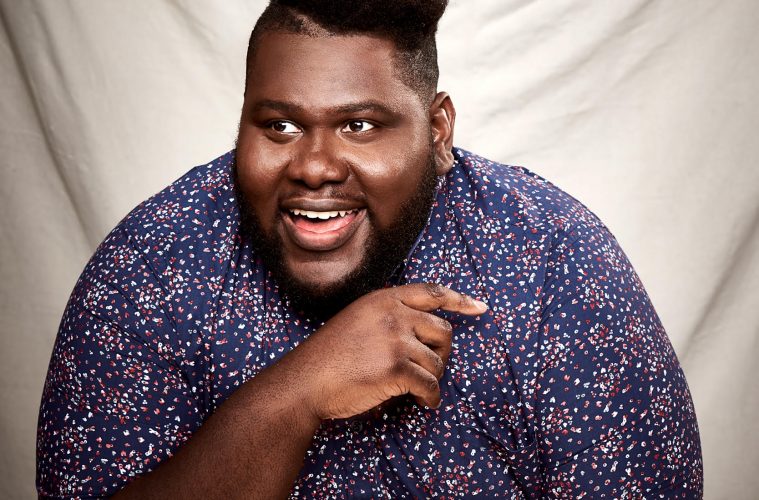 Hot off the heels from the STARZ series Hightown, talented actor Atkins Estimond, joins us to dish on his latest project produced by the legendary Jerry Bruckheimer. Set in Provincetown, Massachusetts, the show exposes a party-driven city that finds itself in an explosive opioid epidemic, coupled with murder and deception. Atkins shines as Osito, a hardened gangster, who has a soft spot for his soldier-in-training, Junior.  Lucky for us, this juicy series just became available on STARZ.com, but first, here’s a trailer.

1. What are people going to love about this hot new series?

AE: Hightown follows a woman named Jackie, played by Monica Raymund. Jackie is an edgy party girl, living in the fast lane. Until one day, she finds a body washed up on the beach, bringing her on a journey to sobriety. While that’s happening, there is an unfolding murder investigation in the backdrop. I play Osito, the hitman who’s responsible for killing the victim. What’s different about this series is its strong female lead, the story not only looks at sobriety, but all the ways addiction affects people. The series brings all these different characters to the forefront, where their lives end up crashing together. So if you love crime dramas with a twist, you’ll enjoy this show.

It’s going down tonight @hightown ・・・ The many faces of P-Town. Watch the premiere of #Hightown on the @STARZ App now. (Link in Bio). #Osito

2. Why is visibility important to you?

AE: Growing up, I didn’t see many Haitians on television. For a long time, I could count on one hand how many there were in the industry. That’s why I’m passionate about telling diverse stories. When it comes to representation, often, there is a negative narrative for minorities. When I got the role of Osito in Hightown, I was also concerned about a further continuation of some of those stereotypes. But in the show, you also have Alan Saintille, played by Don Norwood. This character is a patient family man with a strong moral compass. In this show, you get to see both worlds. But more importantly, a positive portrayal of a character trying to do the right thing. 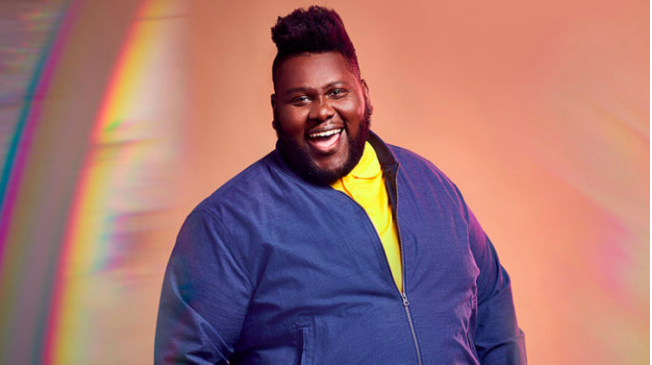 Eley Photography “You know, there’s so much complexity with the tapestry of being Haitian with the history and culture. I want to see more of that story being told. For that to happen, we need actors, writers, producers- all points of the industry to come together. So the narrative can be told authentically and genuinely.” Atkins Estimond

3. What delicious Haitian dish, can we attempt to make at home during quarantine?

AE: I suggest Djon-djon, that has a mixture of dried mushrooms and rice. Griot is always an excellent way to go, which is pork shoulder marinated in citrus, which is braised and then fried. And finally, a fan favorite Banan Peze, which is fried plantain! 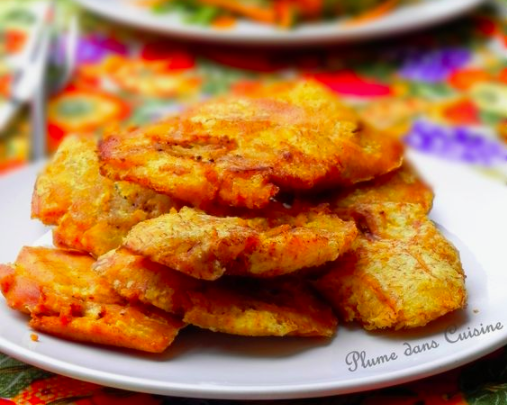 4. How has having a child impacted your craft?

AE: I’m thrilled to be a ‘girl dad’! I already had a 13-month-old running around, and now I have another on the way. Being a parent pushes you, and also changes how you operate. I definitely would say there was a more warranted urgency to advance my career further to support my family. I also feel like, if I were to play a father now, I could bring authenticity and a new level of understanding to the role. It’s always different when you have that real-life experience to draw from. For example, I now know what it’s like to get up through the night and check on my Daughter.

I know that this is a difficult time and the toll of this virus and quarantine has been a lot and for some it’s been devastating but it has had some moments of beauty. For myself I can’t say that I’ve had this much uninterrupted time with my family. I say if you can, enjoy it while you can. ❤️ #marcelinethevampirequeen

5. How do you prepare as an actor?

AE: I try to layer the character into my profile. I find the actors we love to watch, bring a lot of themselves into the role. It’s what makes it interesting, as no two actors are the same. For each part I get, I try to understand who that person is and try to live through them. However, with Hightown, I play a drug dealer, which is not something I can do in real life. So for this series, a lot of the final components came together for me on set. 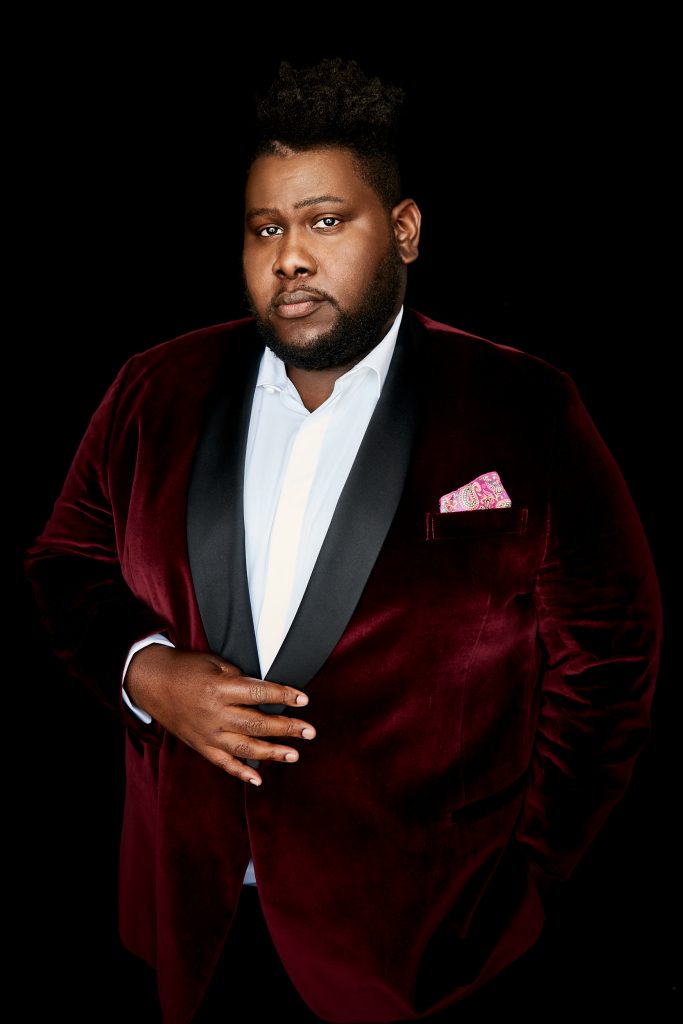 6. Of all your roles, who is the funniest person you have had the pleasure of working with?

AE: I have to give that to Jim Carrey. I had the honor of working with him on ‘Dumb and Dumber To’. He’s just a very different kind of person, with a unique ability. In every scene, he’s doing something new, so you really have to be on your toes because if you’re not fully in it, Jim will make you laugh, and you’re going to mess up the scene.

7. Would you care to share some of your top socially awkward stories, since first trying to navigate the ropes of Hollywood Life?

AE: I was working on a set that  Jeff Daniels was on, and finally, there was a break in between shooting. Jeff was sitting and had this little travel guitar with him that he was playing. And you know, I’m a huge fan of the movie Dumb and Dumber. I’ve been watching the original since I was a little kid, so to be on the set was mind-blowing. I’m trying to be professional and tell myself,  I’m here to work, but the fan in me walks up to him. So, I go over, and I’m like so how’s it going or whatever…something real vanilla like that. And he goes, do you play? He caught me off guard, so I’m like oh, yeah, yeah, yeah. I did play the guitar with a band a long time ago. So he just hands me the guitar, and it was completely overwhelming. And at that moment, I forgot everything I knew about the instrument. And he starts looking at me like-this man doesn’t know how to play no guitar ahaha. But finally slowly but surely the fog of what just happened cleared. And I start playing and were talking about the guitar as it was such a unique model. We begin to talk about him being a musician, which ended up being a really cool moment.

8. The sky’s the limit who you would love to work within this industry?

AE: I’m a huge fan of Jack Black. I’d love to work with him. I think he’s hilarious, and I love his music, I love his acting. Larry David, Denzel Washington, Ryan Coogler are fantastic! I love Wes Anderson movies; I’d like to do one of his projects. I’m a fan of the industry in general. I love television, so there is a countless amount of talent I’d like to work with. Still, I recognize I’ve been very fortunate up to this point to work with really amazing people. 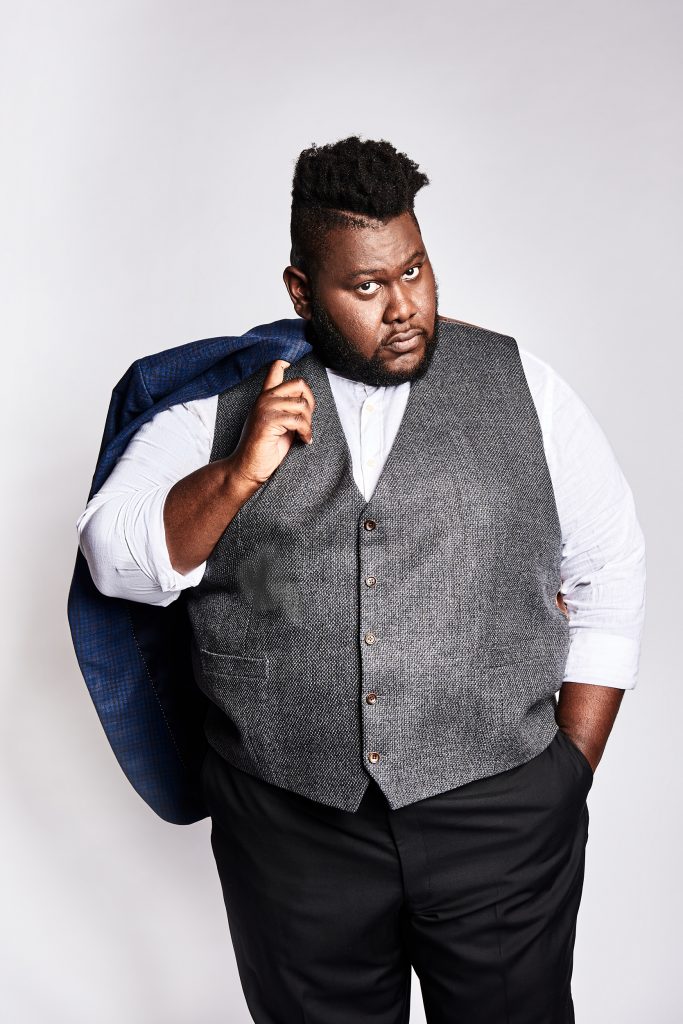 9. If you can share one message with your fans, what would it be?

AE: For anyone following their dreams and going off the beaten path-just keep going! Trying to become an actor is fairly unconventional. When I told my family, they were supportive, for the most part, but also concerned. I think for Haitians and other foreigners your parents want you to be a lawyer or doctor so they can tell their friends-but, not an actor! As everyone has their ideas of what it is to be an actor-that you won’t get work, that you won’t make any money. But that can be the case in many industries. So, I would say, for anyone that’s doing something different. Just remember you can do it, you just have to stick with it, believe in yourself, and keep going! It does pan out. It does work-it is possible!

To keep up with Atkins Estimond follow him @atkinsestimond