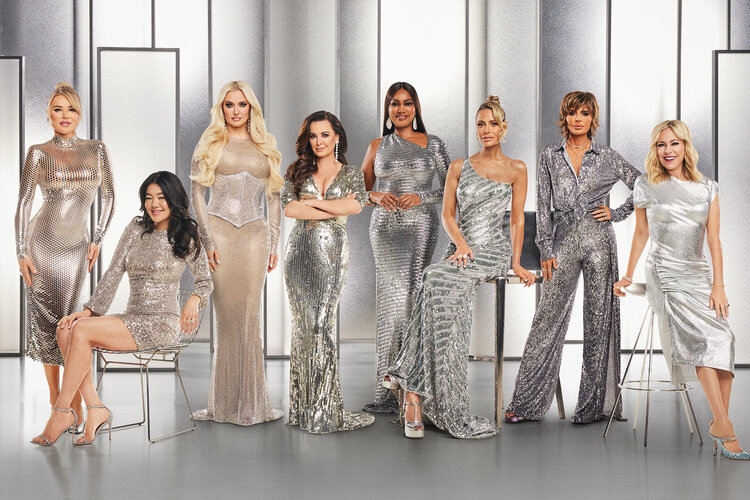 Attention all fans of The Real Housewives of Beverly Hills…

The shocking season 12 premiere aired on Wednesday, May 11th, and it’s the first time in RHOBH history that there’s eight main cast members. 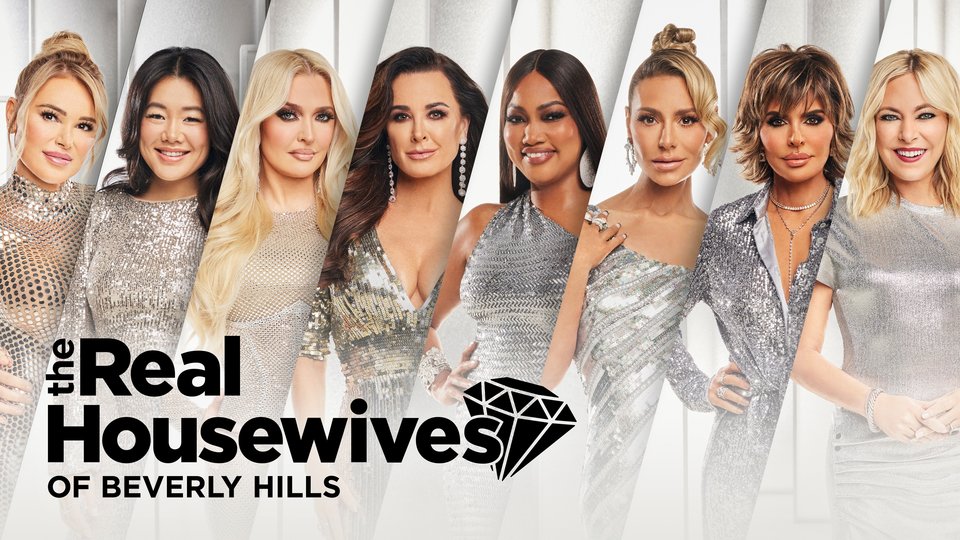 Housewife fans refer to the official cast as ‘diamond holders’ because they hold a coveted diamond in the opening credits. During the premiere’s credits all the ladies’ debut new taglines. Taglines either honour an infamous moment or tease plot-points of the upcoming season.

“I have nothing to hide, and nothing to lose, and that makes me dangerous.”

Clearly the stakes are higher than ever!

We haven’t seen our favourite 90210 diamonds since last year’s reunion when Erika Jayne’s divorce from former attorney Thomas Girardi was the topic at large. Erika’s divorce was filed after it was alleged that Girardi stole millions from vulnerable clients. Viewers are still skeptical of Erika’s involvement.

Erika’s storyline is put on the back burner. The episode opens with security footage of Dorit Kemsley’s property being broken into. Dorit was held at gunpoint by robbers during a home invasion. Clearly Beverly Hills isn’t all caviar and rosé.

This season, Dorit and Erika are joined by Kyle Richards, Lisa Rinna, Garcelle Beauvais, Sutton Stracke, Crystal Minkoff, and newest addition Diana Jenkins. Garcelle introduced her friend Sheree Zampino to the group and Sheree will be joining Kathy Hilton as a “friend of” this season.

What were they up to?

Rumour has it that Mrs. Hilton’s second season was not so hunky-dory after all. The previews show Lisa and Erika feuding with Kathy throughout the season. The episode flashes from the security footage to Kyle speaking with her husband about Paris Hilton’s wedding invitation. For now, Kyle is on good terms with her sister Kathy. However, the trailer shows a strain in their sisterhood. Kathy and newcomers Sheree and Diana were absent from the premiere.

Prior to Dorit’s home invasion, Dorit was coming home from England with her children. We see best friends Sutton and Garcelle in Miami getting massages, Crystal cooking broccoli for her kids and we catch up with Erika. 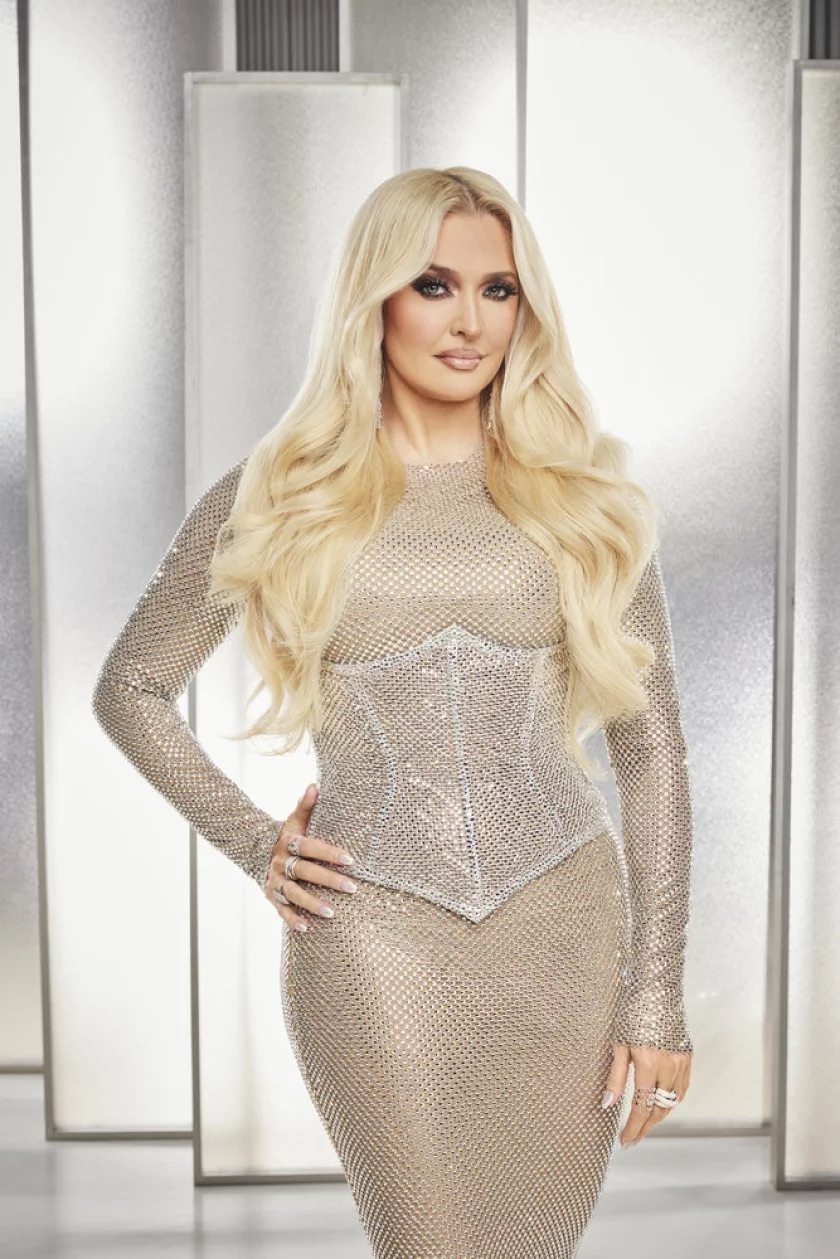 Erika seems to be more miserable than ever. She is fully embracing the villain role and insists that the allegations against her are false. When a producer asks her if there’s proof of this she snarls and says, “Bravo can do their own due diligence and find proof!”

Erika also claims that she doesn’t owe Sutton an apology for the way she treated her last season. Sutton seems to be unbothered by Erika and has already called her a gold digger in a confessional.

There’s a lot of drama brewing between Lisa and Sutton over a Watch What Happens Live appearance. When Sutton appeared on WWHL she revealed that Lisa didn’t call Sutton to thank her for bringing her to one of Elton John’s charity galas. Lisa claims that she was never a guest of Sutton’s and has attended this event for years. Fans are certain they’ll be seeing flashback footage to Sutton’s WWHL appearance all season as this is sure to become a main storyline.

We learn that Dorit had just put her children to bed when she saw two adult men appear in her bedroom doorframe. Allegedly Dorit pleaded for the safety of both her children and herself. She reveals that one of the men held her in place, while the other gathered her luxury items.

According to Dorit she remained calm. She tells viewers she advised the robbers to leave before getting caught. They listen to her and leave her phone at the gate and tell her to count to 40. It was truly compelling television.

While most of the ladies showed sympathy and even gathered at one of Kyle’s many homes to visit Dorit, Sutton was MIA. When Sutton visited Kyle the day after the home invasion, she seemed completely unbothered by Dorit’s situation. Kyle is taken aback by Sutton when she minimizes and disregards Dorit’s near death experience.

Viewers are already theorizing whether Sutton believes Dorit was robbed! Last year, Sutton discussed the allegations surrounding Erika freely on camera. There’s no doubt that she would treat Dorit the same if this robbery turned out to be a sham. Detective Sutton better be careful not to go down as one of the most insensitive people on the planet.

The season genuinely looks incredible! Viewers are excited to meet Sheree and Diana and see what Kathy’s up to. The episode ends with a dramatic aside from Dorit, where she is seen crying on a bench. Overall, the episode was very Shakespearean.